A Brief History of Innovation in Northern Colorado

Necessity is the mother of invention. As the early pioneers crossed the Plains and settled along the frontier in the 1800s, they were often faced with situations either entirely different from what they had faced back East or without the tools to deal with problems adequately. So these indomitable souls found new and innovative means of dealing with their everyday problems.

Many of the earliest innovations in Northern Colorado came about as a result of our arid climate. Though Native peoples had been producing crops through the use of irrigation for centuries, it was something quite new for many early homesteaders. Through collaboration, ditch systems were formed to carry water from the Poudre and Big Thompson rivers to the bench lands which had the best soil. Our local reservoir system was also the result of private parties working together. 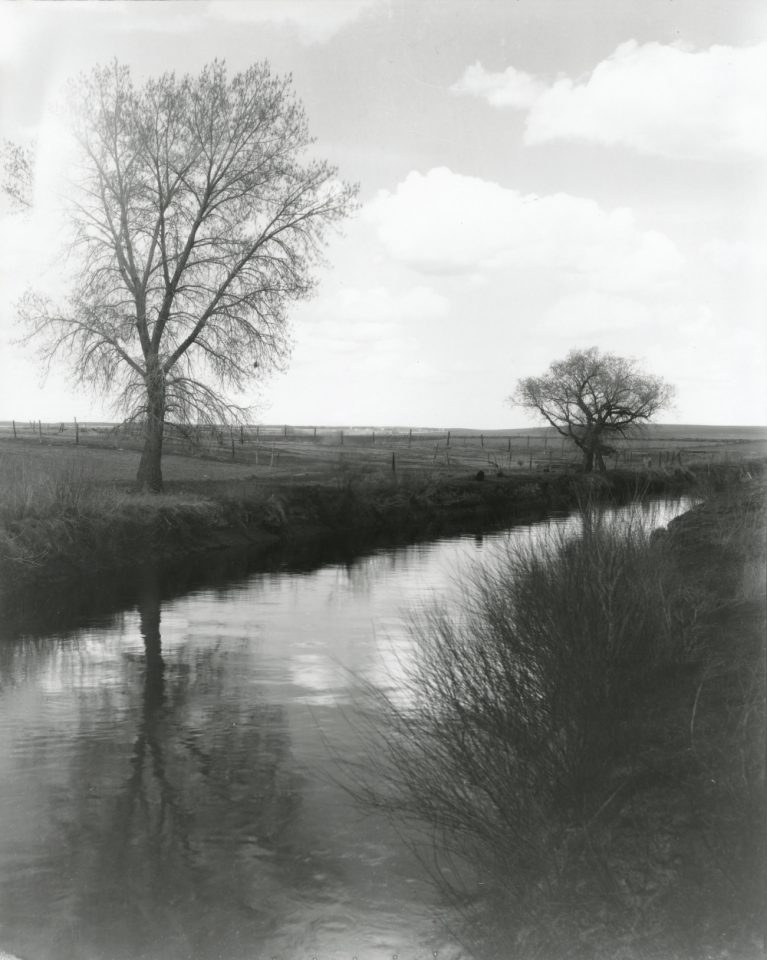 If you visit the Timberlane Farm Museum in Loveland, you’ll learn about Milo Kenneth Osborn who built a water wheel on a spring that ran through his family’s homestead. The wheel generated electricity for the family house (which you can also tour when you visit).

There’s a fountain on the CSU campus that honors a couple local water innovators including Dr. Ralph Parshall who, in 1915, tweaked the Venturi flume, creating what today is the most commonly used method of measuring surface waters and irrigation flow. 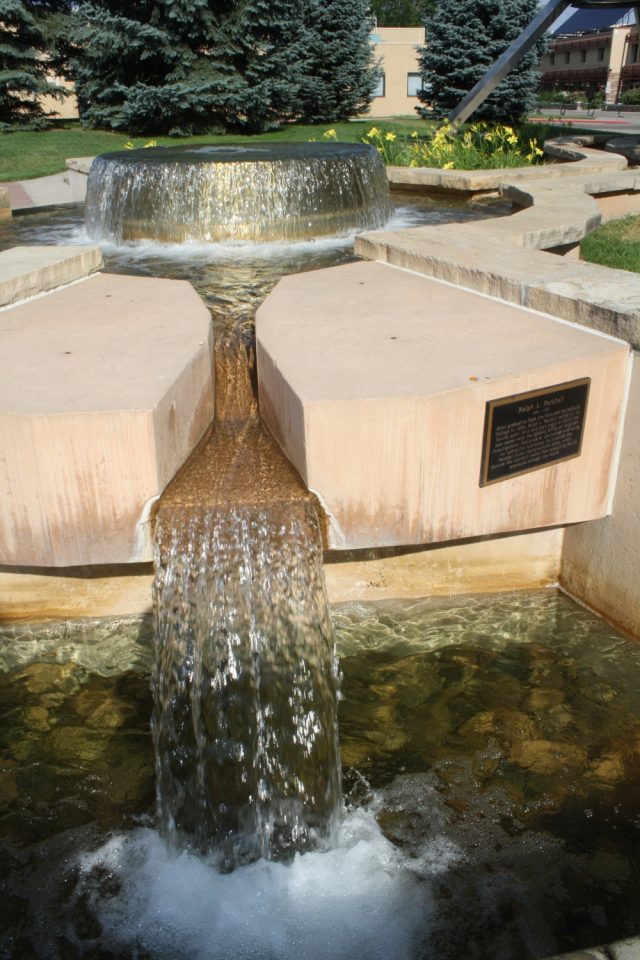 Ralph Parshall and Elwood Mead are honored at the water fountain in front of the Physics building at CSU.

There are a plethora of water-related patents taken out by Northern Colorado residents over the past 125 years or so. In 1904, Silas Gleazen of Fort Collins patented a portable dam. In 1906, Frank Giddings (Fort Collins) patented a “new and useful Water Head-Gate.” And in 1909, Chris Lory (of New Windsor… now just called plain old Windsor) and Charles Lory (Fort Collins) received a patent for a water meter.

In the early 1960s, a dentist by the name of Gerald Moyer, whose office was in downtown Fort Collins, began experimenting with a new way of cleaning teeth using a thin, pressurized jet of water. His invention eventually led to the creation in 1962 of a company called Aqua Tec, later renamed Water Pik.

Moyer’s invention is indicative of the shift in our local economy in the mid-1900s away from agriculture and towards a more diverse economic base that included technology companies such as Kodak, HP, and Woodward.

Not every early invention revolved around water or agriculture.

In 1893, William Mable (who used to live on Stover Street in Fort Collins) created a “new and useful Automatic Lock for Air-Brakes.” In 1900, Albert B Tomlin came up with a cash drawer that included an alarm when an unauthorized attempt was made to open it. And in 1908, Henry C Rogers of Estes Park invented a new and improved septic tank. 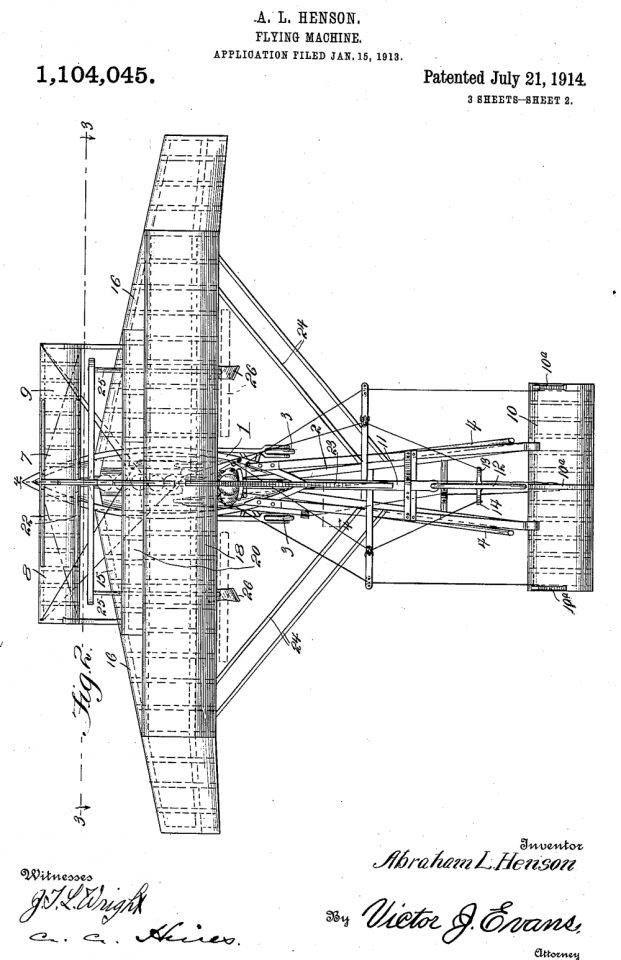 Abraham Lincoln Henson (Fort Collins) made some improvements to heavier-than-air type flying machines which received a patent in 1914.

Puzzles, ashtrays, and other oddities

In addition to the numerous improvements made to water devices, grain sorters, fruit picking gizmos, and a wide variety of machinery, there was also a diversity of other creations that help round out the picture of what our innovative forebears spent their time fiddling with. 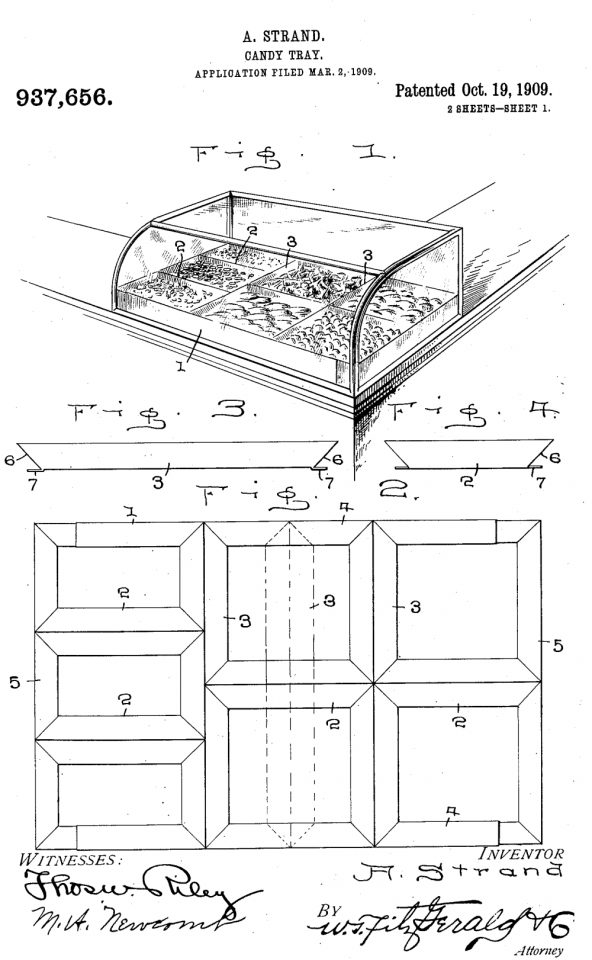 In 1909, Alfred Strand, of Wellington, invented a candy tray that could be used in shop counters.

Elizabeth Parker (Fort Collins) invented an improved puzzle machine in 1897. Leon C. Robbins (Loveland), made an advertising flyer in the shape of an airplane which he called an advertising toy in 1917. John Gano Seder (Fort Collins) came up with a “new, original, and ornamental Design for Ashtrays” in 1937 and Lewis W. Harms (Loveland) added his ashtray redesign in 1952.

These examples barely scrape the surface of the history of collaboration, invention, and innovation here in Northern Colorado, but they do give a sense of the ways in which innovation has flowed through our community over the past 150 years. 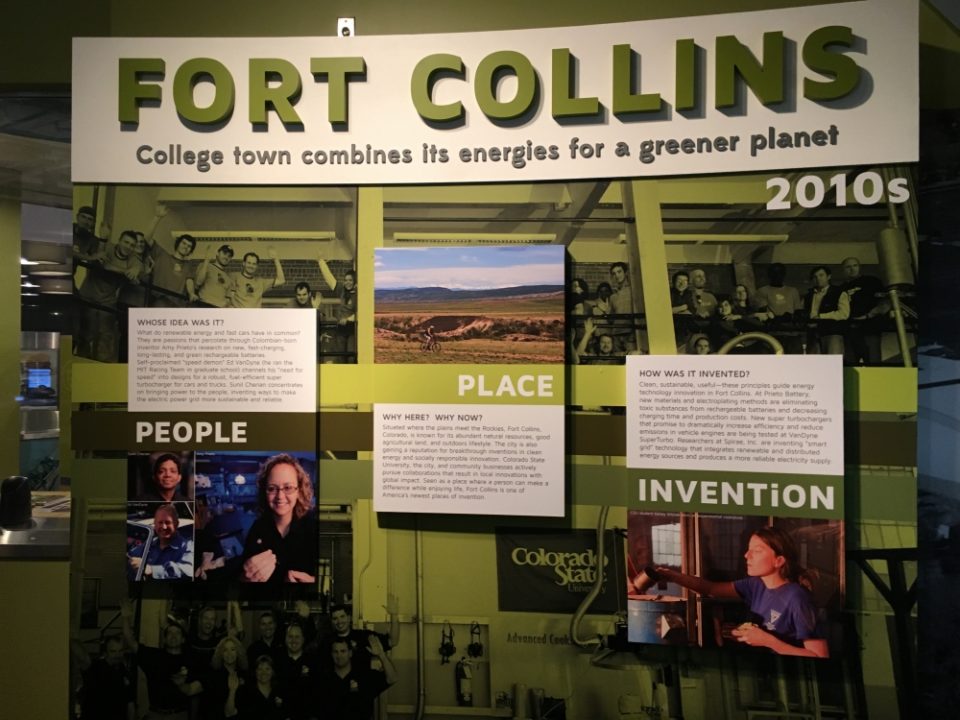 The Smithsonian has an installation that shows important places of innovation through the decades. Fort Collins represents the 2010s.

This article was first published on the Fort Collins Startup Week blog on February 14, 2017.