Then and Now: Old Town Fort Collins from the Sky

The CSU Archives and Special Collections department has a wonderful historic photographs section on their website. (And I’m a little ashamed to admit this, but I just yesterday realized that there’s more than one page of photos under each topic heading. Doh! Somehow I had missed the little numbers in the upper right hand corner that lead you to additional pages.)

Today’s aerial photograph of downtown came from the University’s collection. I’ve tried to match it up as closely as possible with a satellite image taken from Google Earth, but the comparison of the two images almost says more about what is lost when using satellite images instead of photographs taken from an airplane than it does about growth or change in the city.

Be that as it may, it’s still interesting to note that to the northwest of Old Town, what used to be largely open fields (either open space or farm land) is still, in large part, fairly open. The river can still be seen by the wending trail of trees that line the banks of the Poudre. 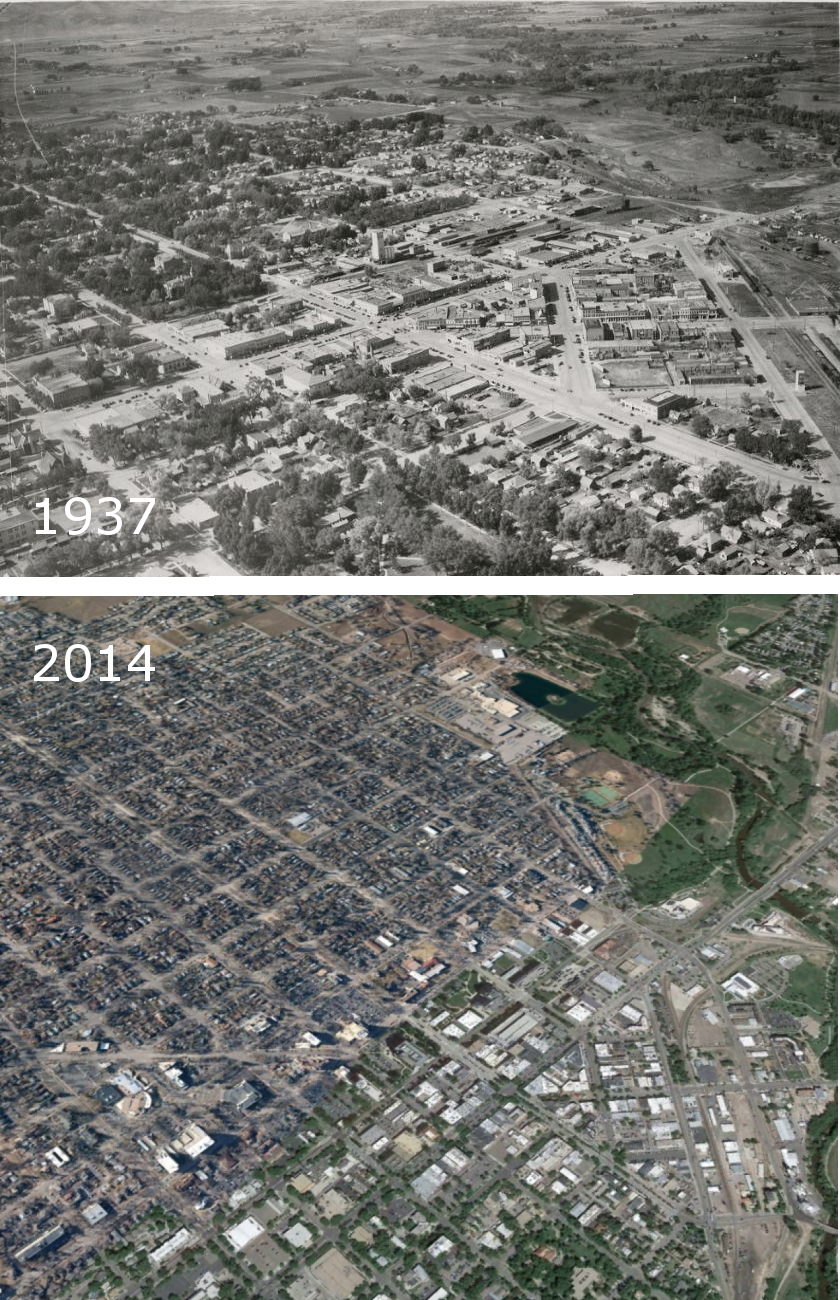 One thing that’s lost with the satellite image is the sense of the height of the buildings. But in the older photo, the Strang Grain Elevator on Mason stands out immediately. The elevator was demolished in 1983. We’re used to shorter buildings along Mason at this point, but with the infill that has already started to occur, it’s possible that we might end up with some buildings about the same height as the elevator used to be. In fact, a 6-7 story building is already slated to go in at the corner of Mason and Magnolia.

John Taggert managed to fiddle with Google’s map images in a way that captures the angle much better. So I’ve given myself an assignment to keep working on using Google Maps and Google Earth until I can get these images to look closer to the old aerial photos. But in the meantime, here’s the same old photo next to the angled image John was able to wrangle. 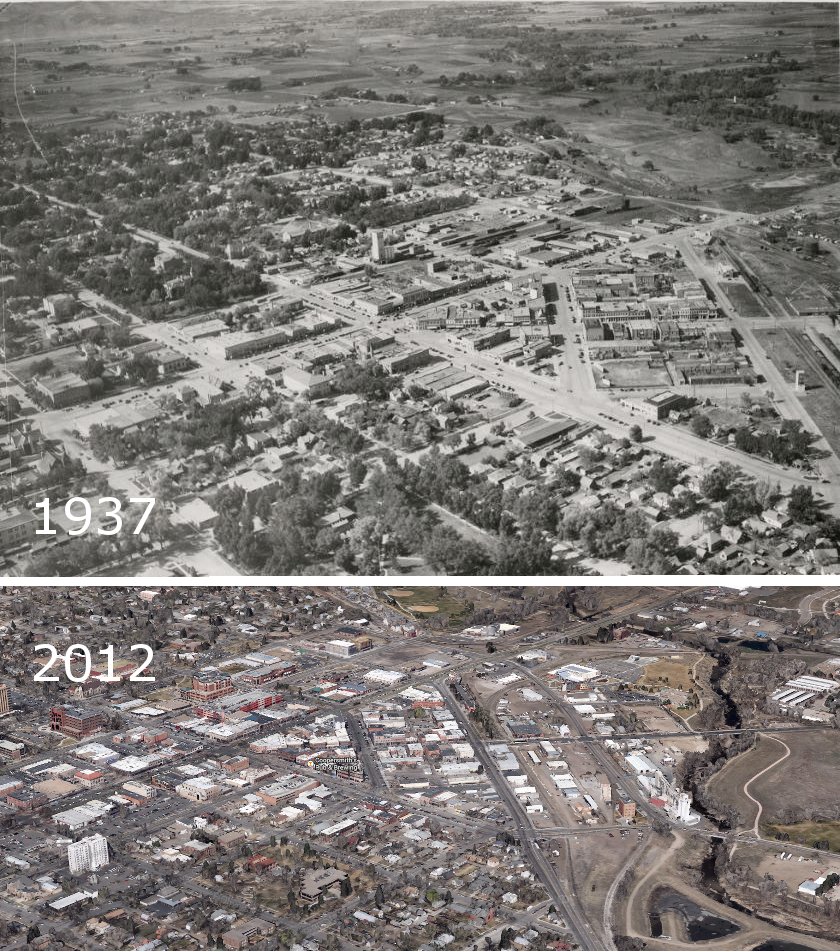 The 1937 photograph came from the Colorado State University Historic Photograph Collection online. The present day image came from Google Earth and was taken on June 19, 2014. (That’s when the satellite took the image. I copied the image on October 9, 2014.)