Have you ever traveled down South Overland Trail Road and wondered about the little stone house on the west side of the street that’s peeking out from behind the trees?  Today’s article is all about that house. It was written by guest blogger, Linda Devers Iannuzzi, the granddaughter of the original owner. 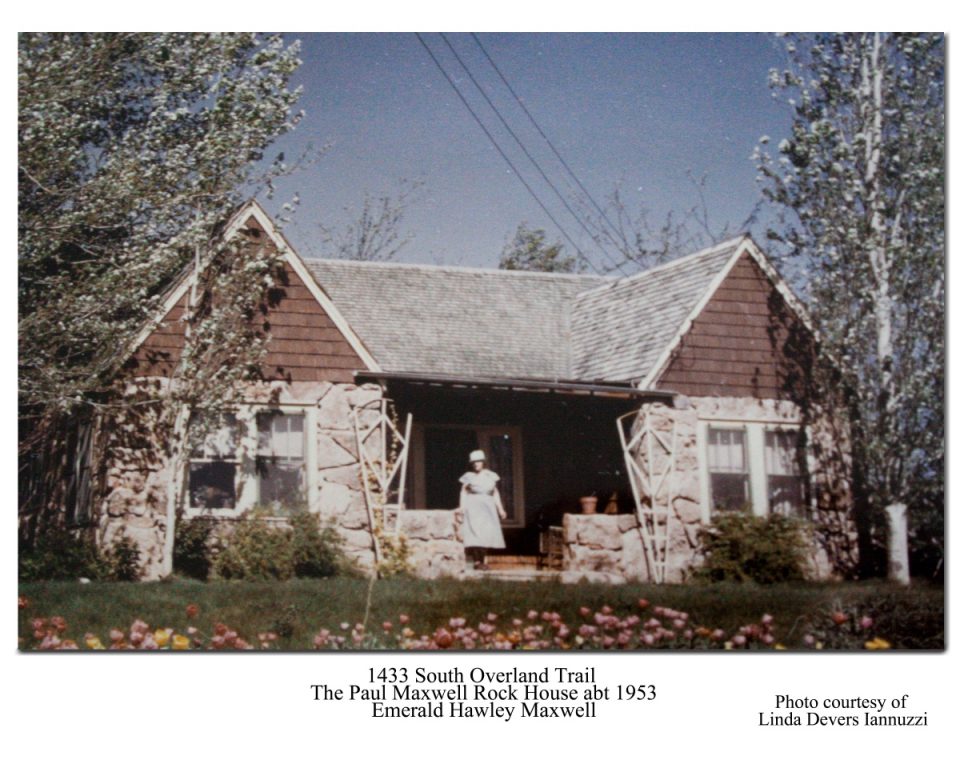 The native stone home at 1433 S. Overland Trail was the result of three long years work by Paul Melville Maxwell and sons Stuart and Robert. Robert was 16 and Stuart 14 when they began hauling moss rock down from the foothills in the summer of 1938. It was difficult and hard labor for the teenage boys to roll the big rocks off the hills and load them onto a small 6’ x 8’ trailer hitched to a worn old tractor. The tractor strained, rattled and bounced down the foothills to the home site on the 160 acre Maxwell farm where Paul and the boys unloaded the heavy rocks. Then it was back up the hills for another load day after day.

During the summer of 1939 the cellar was dug, foundation laid and construction begun. Paul had learned stonemasonry when he worked on the Sugarloaf School that was built from lava rock. Robert and Stuart mixed concrete by hand in a small cement mixer while Paul laid the rocks and concrete. Paul hired carpenter Grimsley for the framing and windows and was very impressed with quality of work and lumber. Work continued during the 1940 warm weather and the home was partially completed. The original address was Maxwell Road and renamed Overland Trail in 1959. 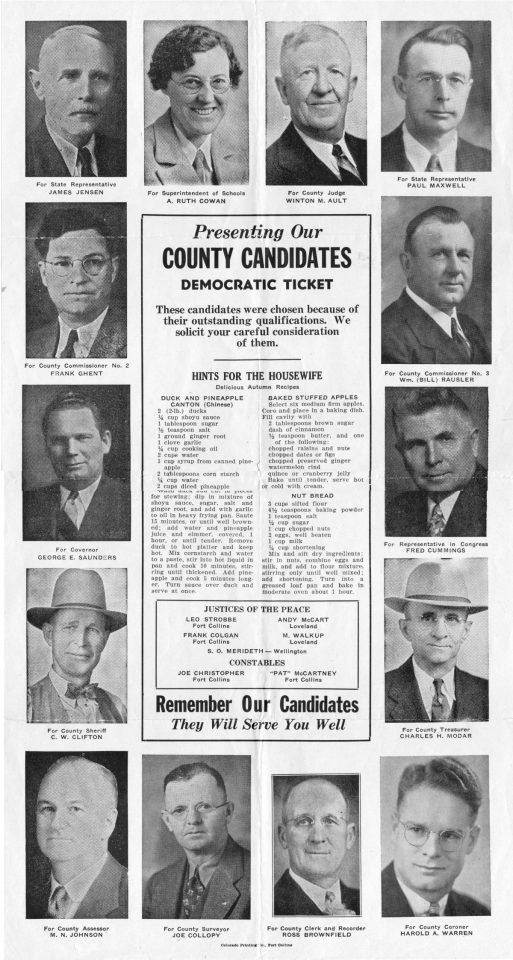 1940 was a hectic year with farm, family, home construction, responsibilities to the School District #10 and Paul running for State Representative. His picture is in the upper right corner of “Presenting Our County Candidates, Democratic Ticket”.

Paul, wife Emerald Hawley Maxwell and children, Robert, Stuart, Erma, and Eugene age 10 moved into the home on January 1, 1941. Gene describes the home and living conditions in “An American Odyssey, The Journeys of a Farm Boy who Became a Scientist” as not much warmer than outside. The homes uninsulated interior walls had been coated with building paper and tar, and the well was 100 feet out back. The kitchen contained a workbench, five gallon water bucket, shelves, stove, kerosene lamps, a slop bucket sat on the porch and the outhouse behind the moss rock garage. The unheated bedrooms were warmed for sleeping by tucking heated flatirons under the covers. The 1100 square foot home had kitchen, dining room, living room and three bedrooms on the ground floor. After a few years Stanley Ricketts was hired to plaster the walls and the small bedroom was converted to an indoor bathroom. A straight driveway ran from Maxwell Road (1959 became So. Overland Trail) over an irrigation ditch and to the south side mud room door. 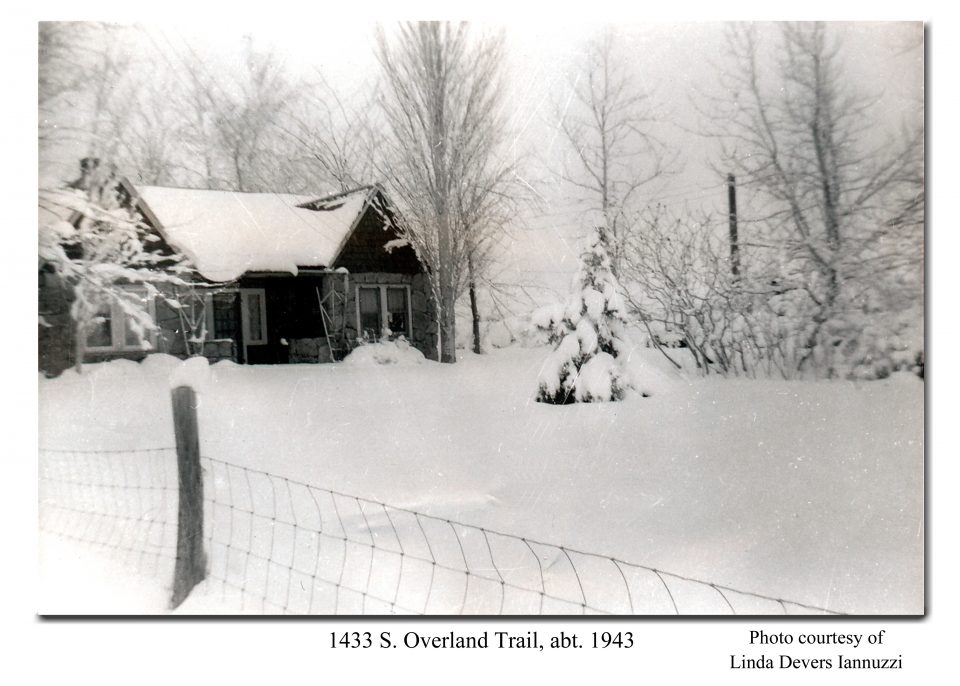 The Maxwell House is listed as important for its stone construction in “Agriculture in the Fort Collins Urban Growth Area 1862-1994” on page 32. 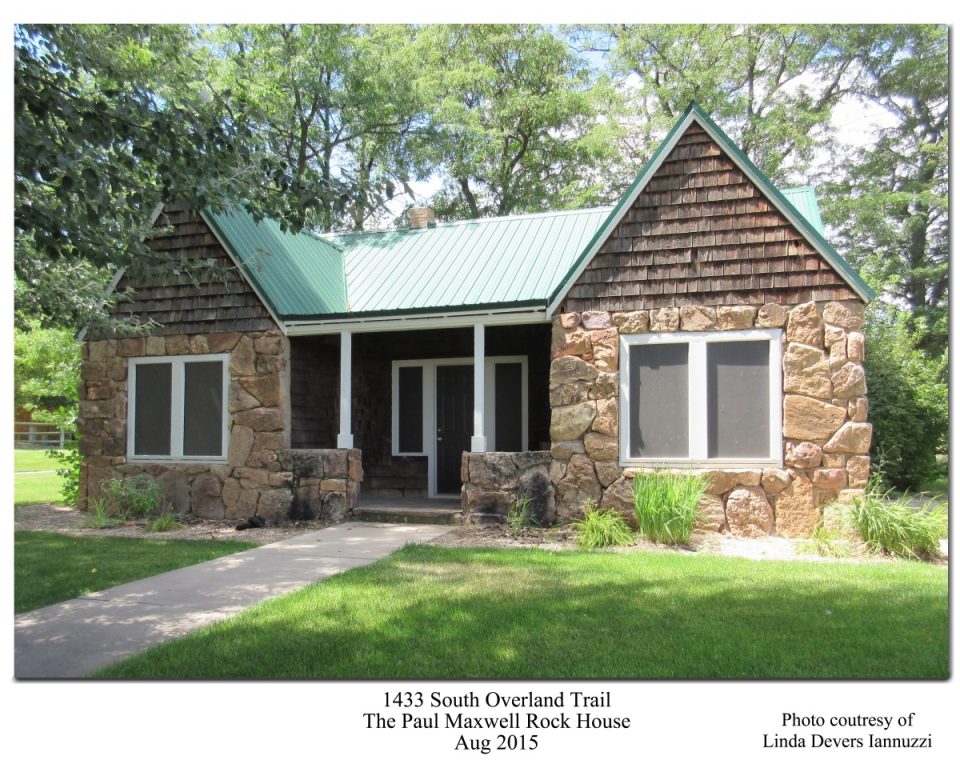 The Paul Maxwell Rock House is currently owned by the Ponds at Overland Trail and the stone garage was disassembled and reused for the subdivision entry marker. Access to the historically significant house is by cement walking path since the original driveway has been removed. The home is set back from the northwest corner of Prospect and Overland Trail. It is worth a leisurely stroll to view the one of a kind beautifully constructed home of native moss rock.

Sources for the article:

“An American Odyssey, The Journeys of a Farm Boy who Became a Scientist” by Eugene L. Maxwell, Copyright 2007, Published by Anvil Graphics, Greeley, Colorado, Printed at Publishers’ Graphics, LLC. The Fort Collins Museum of Discovery has two copies.