The Poudre Valley Creamery Laboratory has a New Sign

On Laporte Avenue, right between Mason and Howes, is an oddly shaped little building often affectionately know now-a-days as the Butterfly building because of its unique roofline. This small little structure was once used as a laboratory and ice cream shop for the Poudre Valley Creamery which was located on this block. It is the only remaining building from that business. It is also one of only two Googie style structures in the city of Fort Collins. 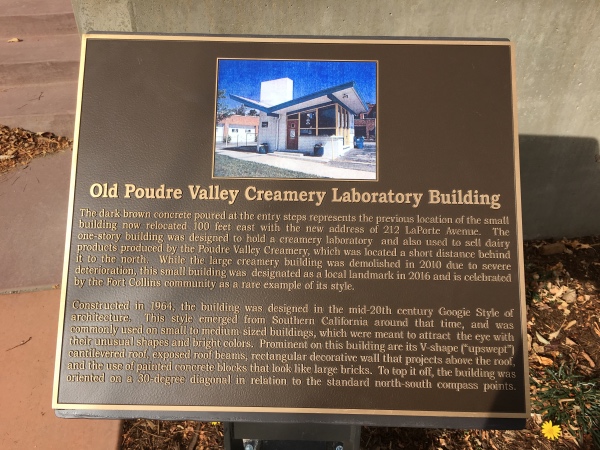 When the City’s new utility building was constructed on this block, the Creamery building had to be moved. But colored cement was poured for the stairs leading up to this new building in order to indicate where the Butterfly building once stood. There’s also a new interpretive sign to give more passersby information about the building itself and its old location. 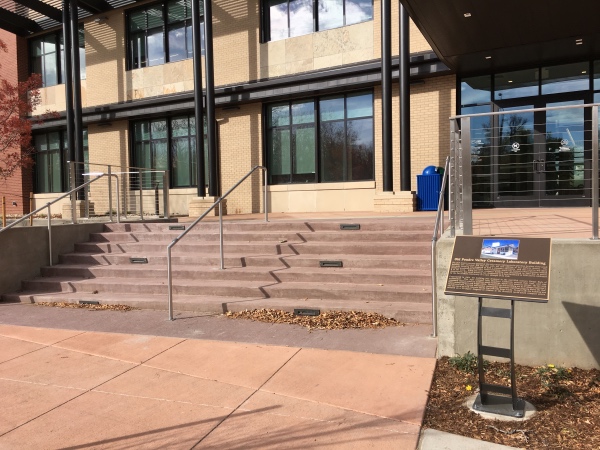 Oftentimes when we think of historic structures, we tend to imagine Victorian era buildings (like those around Old Town Square) or perhaps houses built in the Craftsman style, or maybe even something sporting Art Deco’s cool lines and gentle curves. But most of us are still not used to thinking of mid-20th-century construction as being “old” or historic.

The general rule of thumb in the United States for when to start considering buildings for historic landmark designation is the 50 year mark. (Some cities, such as Aspen and Denver, use a 30 year guideline.) That means anything built before 1967 could possibly be considered historic. (It would also have to have significance and integrity. So not every 50 year old building is automagically historic. But it’s a starting place for consideration.) 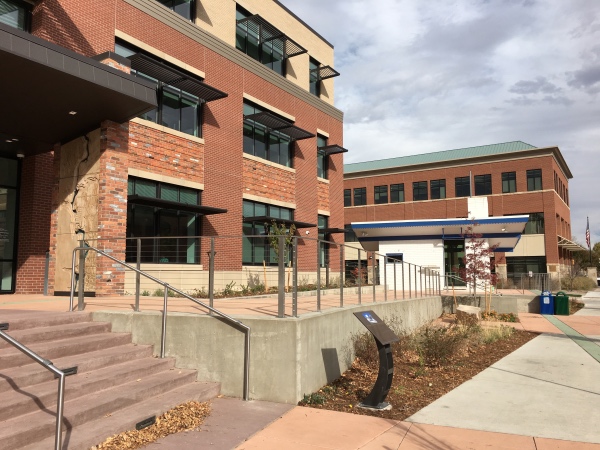 The Creamery building, with its immediately recognizable roofline and the vertical element that shoots right through that roofline (like a chimney… only it’s not a chimney) make this a very distinctive building, even though overall it’s really quite simple in design. The building is also largely unchanged from the time it was built. So it has both significance in terms of architecture (and probably also with its association with the Creamery, which was an important part of the city’s history) and integrity (due to the fact that it looks much today like it did over 50 years ago). So the little building is going to be landmarked by the City. 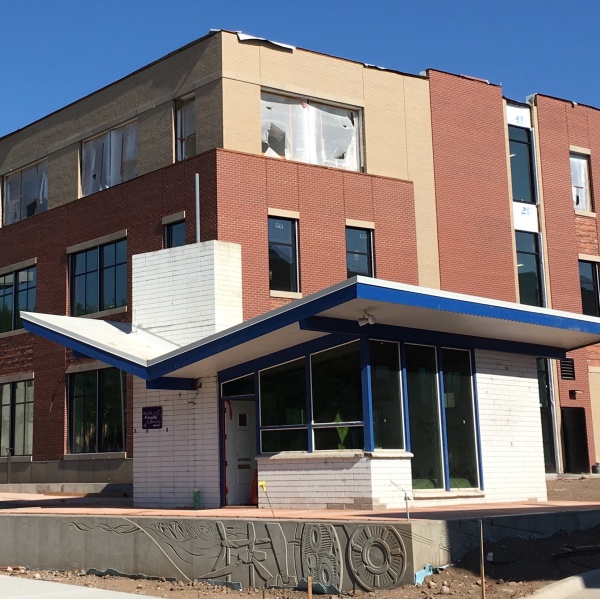 The other Creamery buildings that used to surround this one have all been lost over time. But this quaint little building, full of odd angles and pleasant memories, will be preserved for years to come.

Though the City owns the Butterfly building, they are leasing it out to a small local bakery/coffee shop. There’s still quite a bit of work to do to get the building ready for use. But soon enough we’ll be able to pay our utility bills, then pop over to the “Butterfly Bakery” for some coffee and a bite to eat.