Reminiscing about Lincoln Junior High on the school’s 95th anniversary brought to mind several well known teachers that may have passed on, but they are clearly not forgotten. In reflecting upon the school’s history, former students spoke of Coach Hal Kinard swatting troublesome students, Mr. Williams standing in the hallway to be sure everyone got to class on time, and Miss Shepardson encouraging students to use both sides of a piece of paper so as not to be wasteful.

One of those former Lincoln Junior High students, Dean Schachterle, has offered up the following guest post about Miss Shepardson and also her brother, Charles — both dedicated educators in Fort Collins. Thank you, Dean! 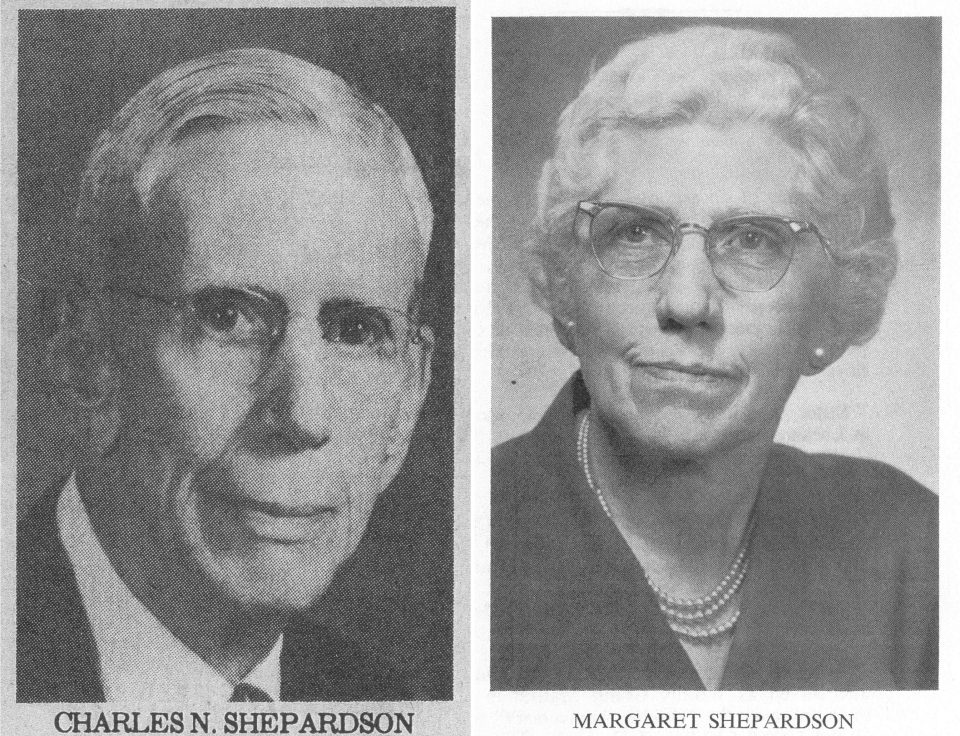 Exhibits 1 and 2 (brother and sister). Photo at left is from the August 22, 1975 Coloradoan and photo at right is from Miss Shepardson’s funeral program.

Dr. Charles N. Shepardson is a familiar name at Colorado State University. Another well-known name in Fort Collins is Miss Margaret Shepardson. Unknown to some local citizens is the brother and sister relationship of these prominent educators. Dr. Shepardson is renowned for his achievements in both education and banking. Miss Margaret Shepardson taught many local students English during her long teaching career at Lincoln Junior High School. The following story elaborates part of their family history and accomplishments.

The Shepardson family story must begin with more of their family history and journey to Fort Collins. 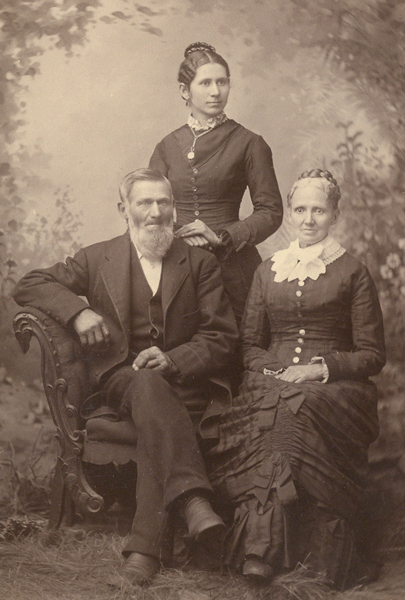 Exhibit 3 – Miss Mary Margaret Chatfield is with her parents in this photo, sometime before her marriage to Noah Shepardson.

A famous cousin of Mary Margaret Chatfield was Isaac Willis “I.W.” Chatfield. He came to Colorado after serving with the Union Army during America’s Civil War as a 2nd Lieutenant in the Illinois Volunteer Infantry. After coming to Colorado, he was prominent in building a railroad from Denver to Leadville, served as mayor of Leadville, then later serving in the Colorado State House of Representatives as a Republican (anti-slavery party). Eventually he sold his Colorado lands and moved to Wyoming. Chatfield State Park was formed in 1976 and traces its roots to I. W. Chatfield. 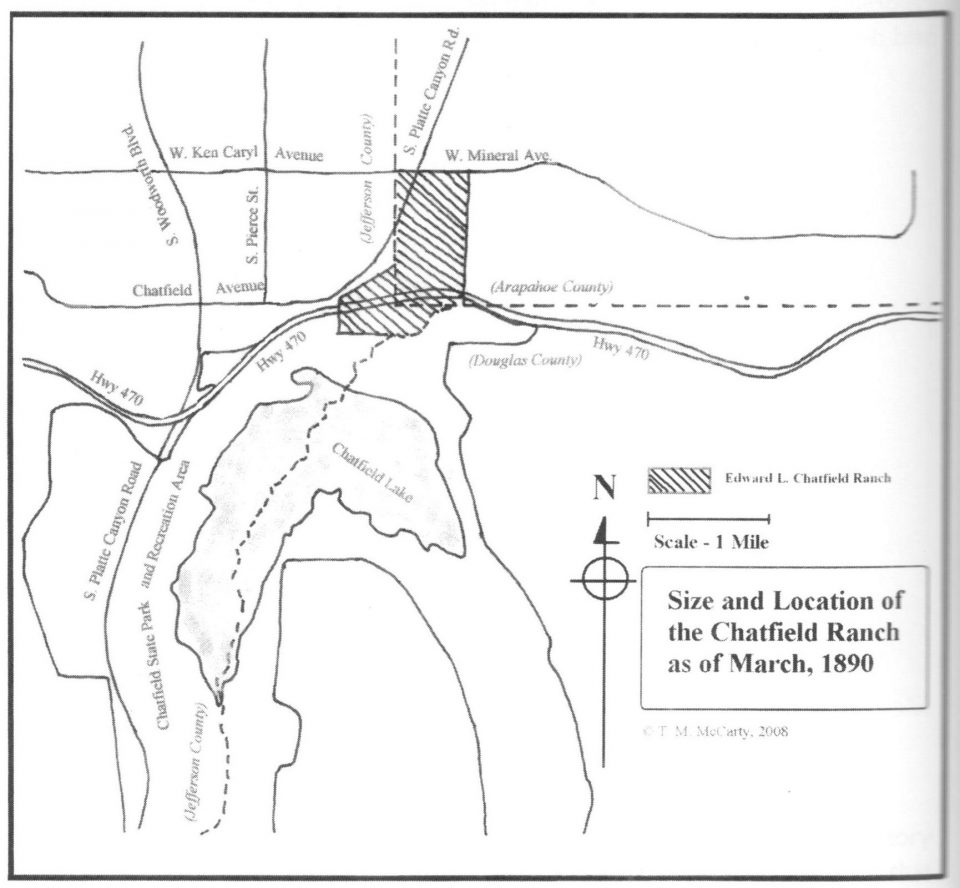 Mary Margaret Chatfield’s brother Isaac Newton Chatfield came to Colorado in 1890 to operate a grocery store in Littleton. He moved to Fort Collins in 1900 when he was hired to be the custodian at Colorado Agricultural College’s chemistry building (later known as the botany building, then as old main annex). Isaac N. Chatfield was a prominent member of First Presbyterian Church and lived on West Myrtle Street behind the second church building with his wife and three daughters.

Noah Shepardson was born on March 16, 1871 in Illinois. He met Mary Margaret Chatfield after coming to Colorado as a young man. They were married on March 13, 1895 and had three children (Charles N., Margaret C., and Marcia L.). Noah Shepardson was the son of a Union Civil War surgeon and he was twelve years younger than his wife.

Noah Shepardson was on a steep hill-side near Conifer, Colorado on March 9, 1901, with his horse drawn wagon to cut two red spruce poles to make a rack to haul ties on. Shepardson was turning his wagon to miss a tree on the steep hill-side when a branch from another tree tripped his brake and threw him into the side of the wagon. The crown of his head was struck causing a fracture about the size of a half dollar. When Noah did not come home, his wife sent the hired hand Tom Shields to look for her husband. Noah was found with a serious head injury and brought back home. Dr. Baker of Evergreen was dispatched and determined that there was not much hope for recovery. Noah Shepardson died at about 7 p.m. that same day. Mrs. Shepardson contacted her brother, J. H. Chatfield, in Littleton and he came the next morning to help. Together with six other men, J.H. Chatfield examined the accident scene and determined no foul play was involved. Per an advertisement in the Littleton Independent newspaper, J. H. Chatfield sold insurance and real estate, plus he was a notary public and superintendent of the Littleton cemetery where Noah Shepardson was buried.

Mrs. Mary Margaret Shepardson moved to Fort Collins with her three young children in September 1901 to be near her brother Isaac Newton Chatfield and his family. She purchased a farm house at 218 West Laurel Street, which included an apple orchard and some land. Her brother helped her find employment at Colorado Agricultural College as a cook. Mary cooked a noon dinner, Monday through Friday, for teachers and professors at the college. On Saturdays, Mary and her children took in washing and ironing, plus baking. Sundays were reserved for church. Family members were devout Presbyterians and attended the church at East Olive and Remington until it moved to the corner of South College and West Myrtle. 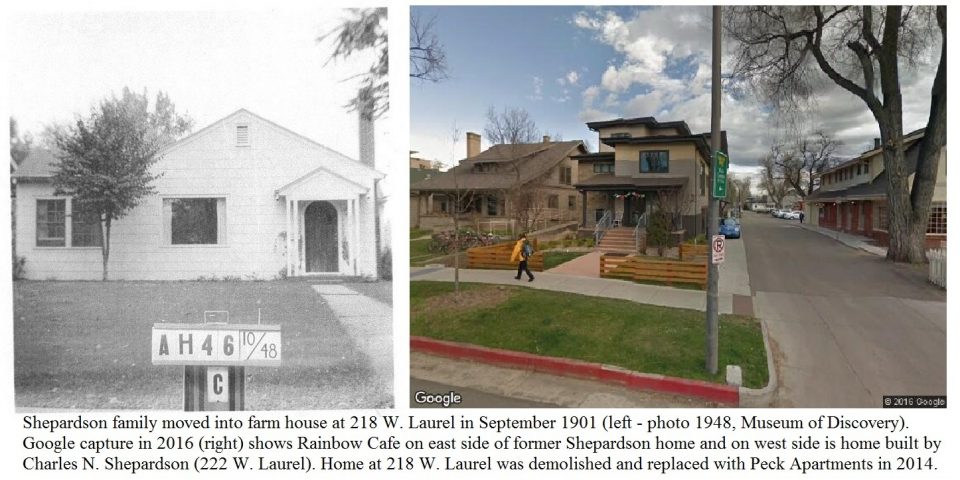 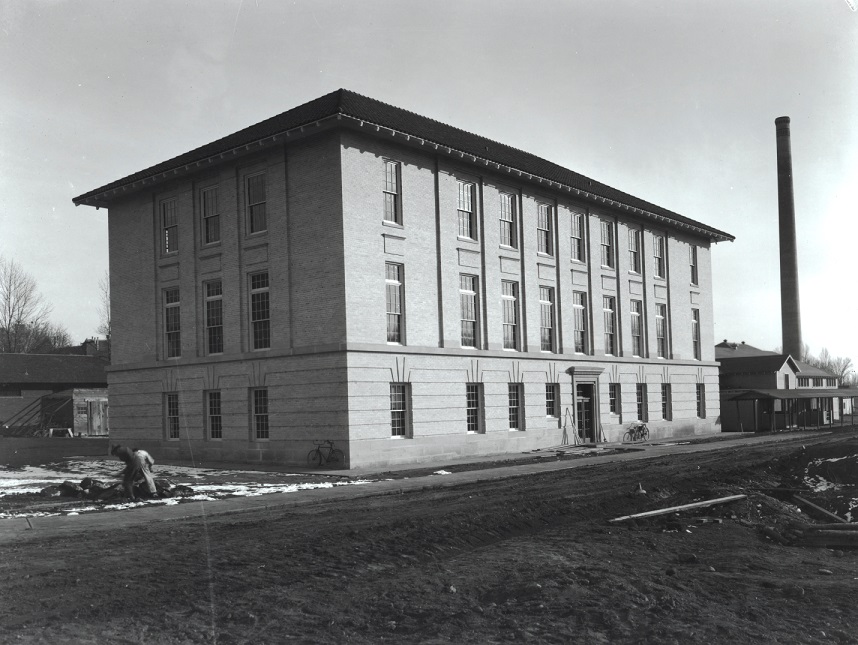 The college mess hall on south side of Physics building in 1920 may be where Mrs. Mary Chatfield Shepardson cooked noon meals, Monday through Friday, for many years.

Due to the numerous achievements of Dr. Charles N. Shepardson, I have reduced his life and career to a timeline of bullet points and photos. You can find expanded stories at many different sources. 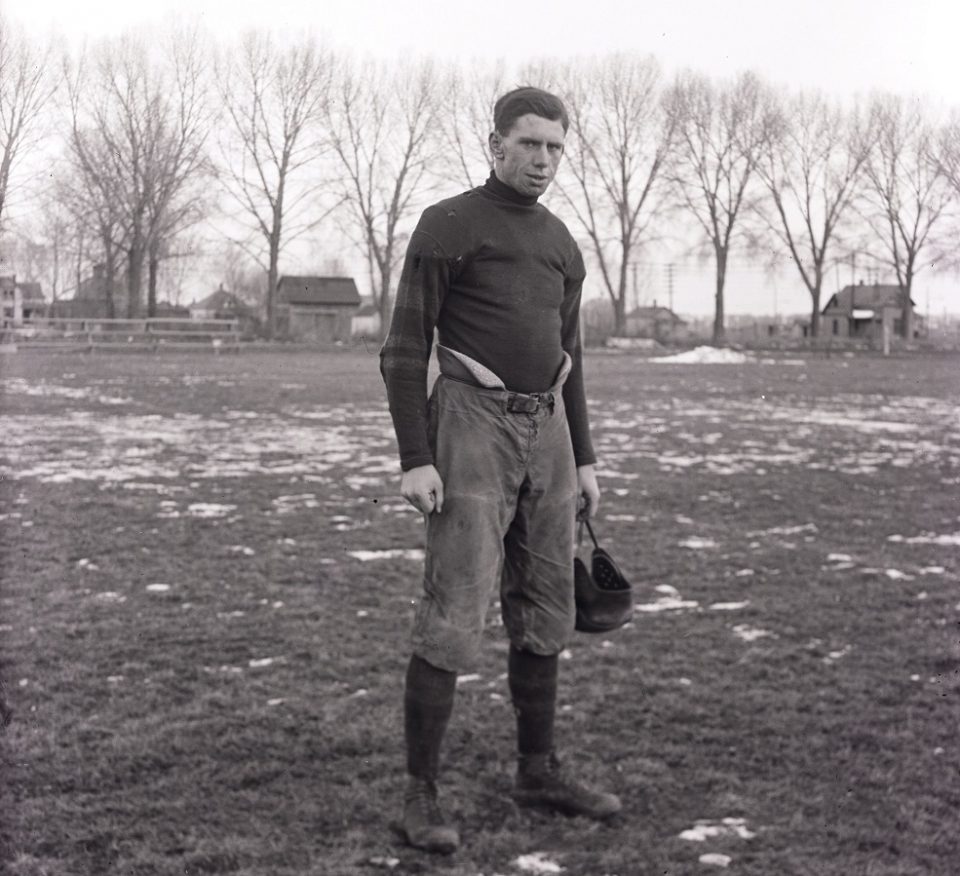 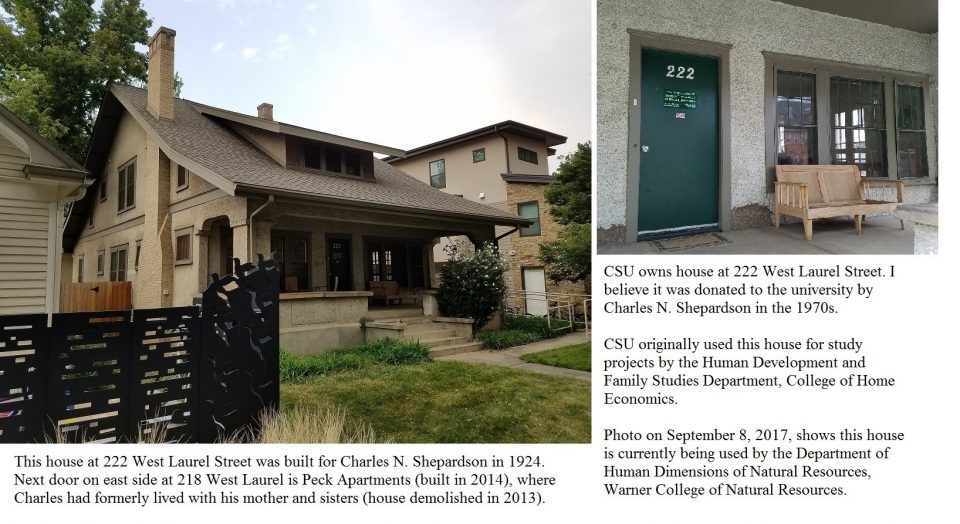 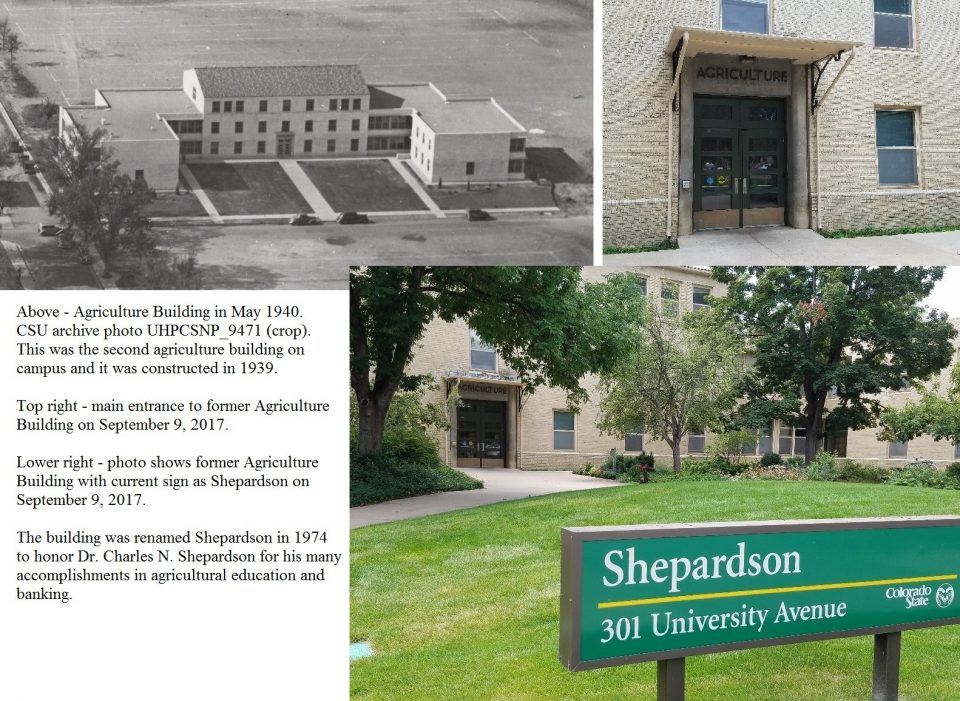 The following timeline for Miss Shepardson is similar in format to the one above for her brother Dr. Charles N. Shepardson. Since I had Miss Shepardson as my seventh grade English teacher at Lincoln Junior High School in school year 1959-1960, I will include personal anecdotes later to refresh memories of her many students.

She graduated from FCHS in 1917 with a class of 46 students. Their graduation ceremony was held at Colorado Agricultural College’s auditorium in Old Main. 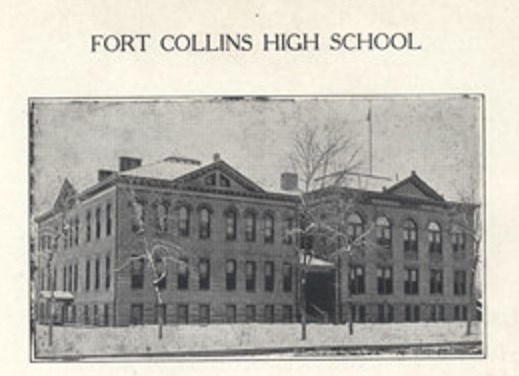 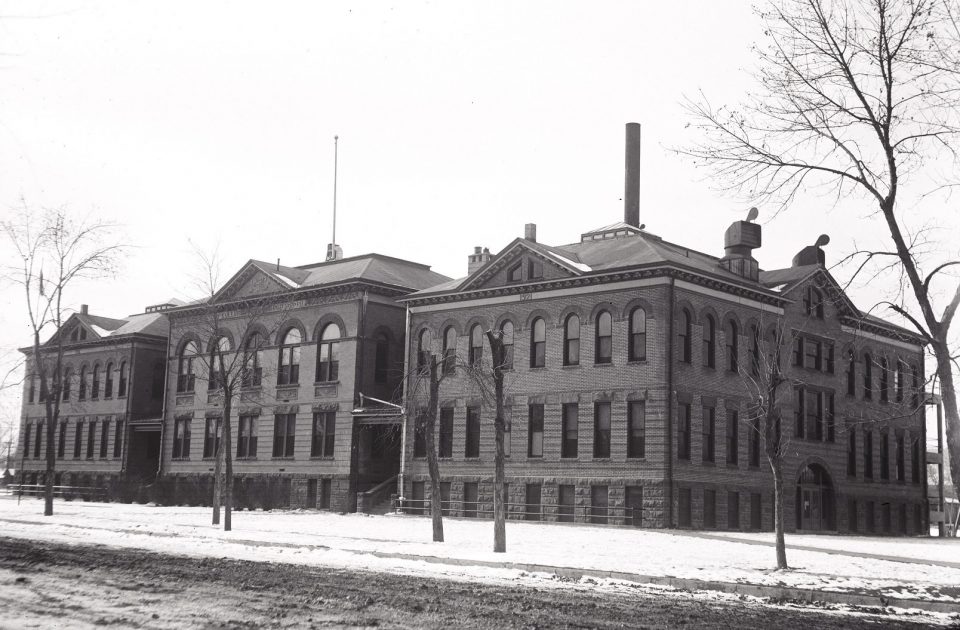 Exhibit 11 – Fort Collins Junior High School looked like this in 1927. 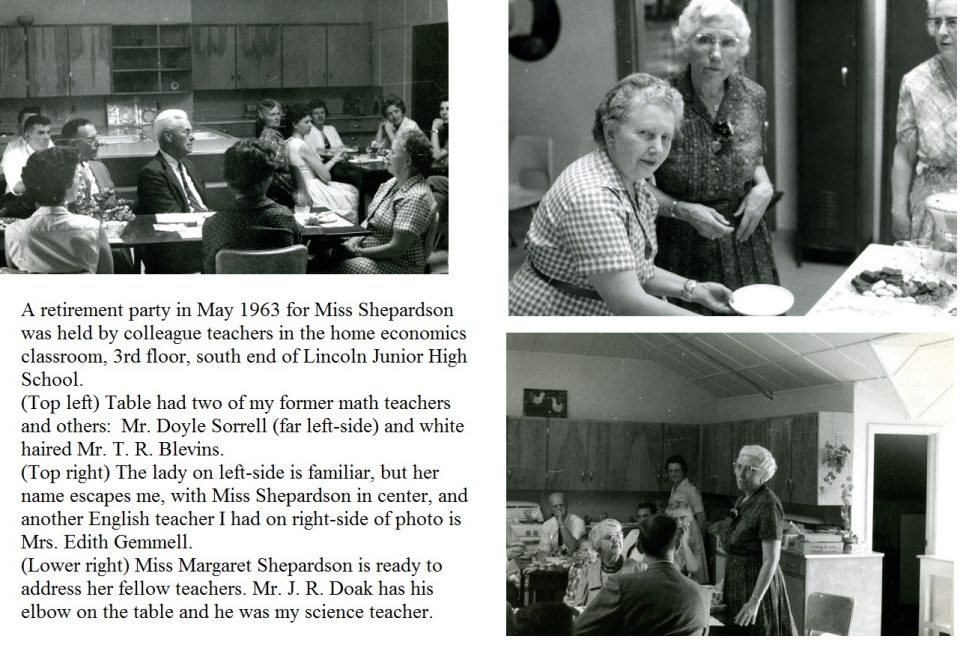 Exhibit 12 – Retirement party for Miss Shepardson in May 1963 at Lincoln Jr. High School.

Memories are slowly fading away about Miss Shepardson as a teacher at Lincoln Junior High School and her role as a staunch pillar in the Fort Collins community. I present the following personal anecdotes and trivia to honor the legacy of Miss Margaret C. Shepardson, my seventh grade English teacher. 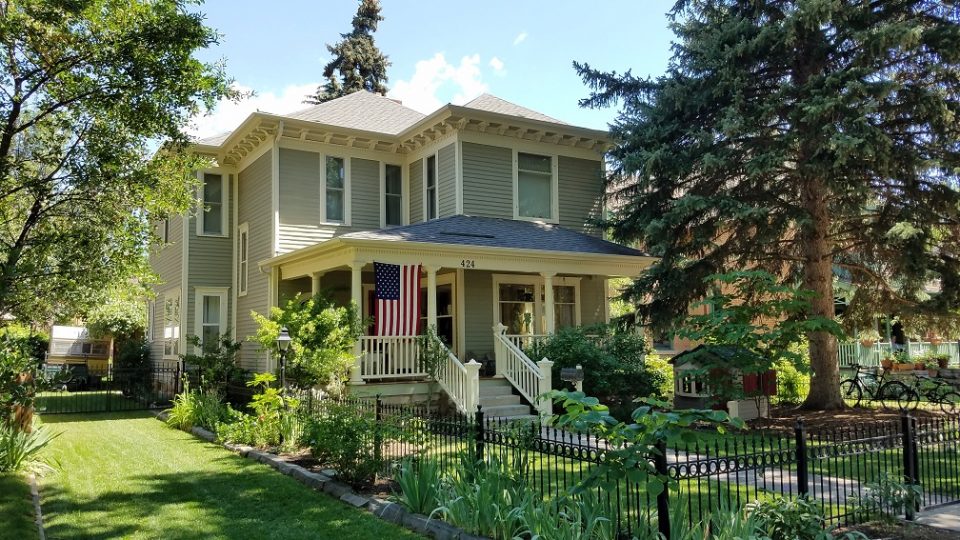 Exhibit 2 – This photo was used for Margaret Shepardson’s funeral brochure.

Exhibit 5 – Fort Collins historic photos archive – house at 218 West Laurel Street in 1948, purchased by Mrs. Mary Chatfield Shepardson circa 1901 and demolished in 2013, plus a google capture from 2016 showing Peck Apartments built there in 2014.

Exhibit 6 – CAC Physics building and mess hall are shown on east side of oval in this 1920 CSU historic photos archive image (UHPCSNP_10328).

Exhibit 9 – CSU historic photos archive (UHPCSNP_9471) showing new agriculture building in May 1940, plus my photos of that building in September 2017 (now named Shepardson)).

Home of the Champions: The History of Fort Collins High School 1889-1989 by Robert H. Pike, M.D. (published by Lambkin Enterprises)