The Abbey of Saint Walburga

In 1997, the Abbey of St. Walburga moved from the Boulder area to Virginia Dale and in doing so created a haven of contemplation and reflection for the residents of northern Colorado. Nestled in the foothills of the Rocky Mountains, the Abbey houses Benedictine nuns whose primary work is to praise God through prayer and song. But they also raise llamas and water buffalo on land that was once the Boyd homestead.

In 1872, Andrew Boyd and his new wife, Francelia, traveled from Greeley to their new home in the Fish Creek valley. As Frances E. Hanson tells the story, “The next day they reached the top of the last hill and looked down on the beautiful valley below. Francila said it looked like a bit of heaven to her and sweeter because it was the first real home of her own. She wanted to spend the rest of her days there, and she did.”

Visitors gather to see the Abbey during a recent tour hosted by the Red Feather Historical Society.

As visitors drive into the Abbey, they are greeted by beautiful rock outcroppings, winding creeks, lounging llamas, and finally by the main building of the Abbey.

Saint Walburga was a nun in the eighth century in what is now Germany. An abbey was built in her honor in Eichstätt, Bavaria in 1035 and remains there to this day. However, in 1935, with the rise of Hitler and the Nazi party, the Abbess decided to set up satellite locations. One was in Minster, England, one in Latrobe, Pennsylvania, and two in Colorado — one in Canyon City and the other outside of Boulder.

The Boulder contingent settled in an area between Boulder and Louisville in a tranquil, rural area. But over time, as the surrounding communities grew and the traffic along with it, the country dirt road grew into a noisy, four lane road. (I believe the location was where the Sacred Heart of Mary church and Mackintosh Academy are today.) So in 1992, the sisters began to look for a new location for their abbey. 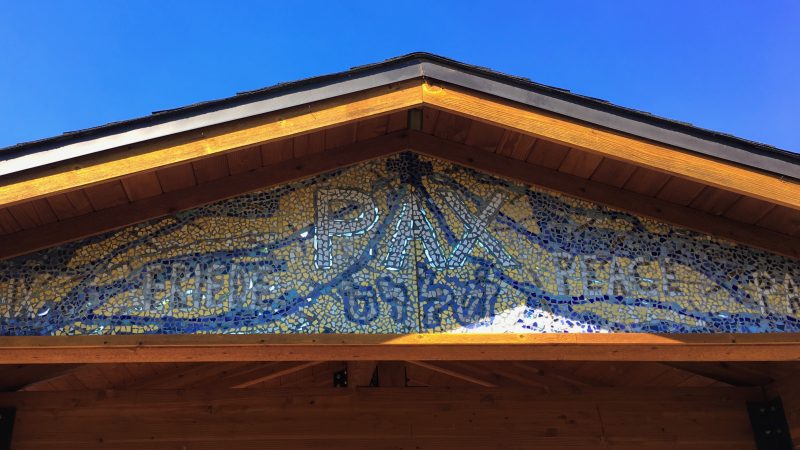 Though the community moved to Virginia Dale in 1997, the main building that contains the chapel, library, gift shop, meeting rooms, and guest rooms wasn’t completed until 1999. It was designed by Barrett Studio Architects of Boulder.

The abbey is available for individuals or groups who want to retreat for a time from the world. To learn more about the abbey, or to get more information about visiting, check out the abbey’s website at walburga.org.

I want to thank the Red Feather Historical Society for hosting the tour I recently attended that included the Abbey of St. Walburga, the Virginia Dale Stage Station, and the remains of the Morgan ranch at the base of Phantom Canyon. And I especially want to thank Pat Clemens who organized the event, and who, despite the large turnout, managed to get us all checked in and herded safely from place to place. 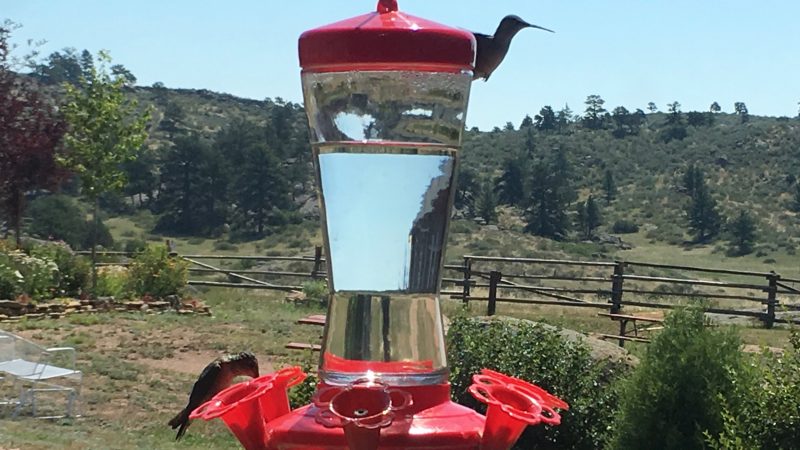 Below is a video that shows more of the setting in which the abbey is located.

Additional reading about the Abbey:

“World Comes Too Close, Closing Down Old Abbey.” The New York Times (June 29, 1997) about when the Abbey moved from Boulder to Virginia Dale.

“Nuns On The Ranch Give A Heavenly Twist To Beef,” on Morning Edition, NPR. (December 22, 2014) about the ranching the sisters do at the abbey.

Additional reading about Andrew Boyd and his brother, Robert: