While newspapers and magazines around the globe are compiling “2015: Year in Review” articles, I thought it might be fun to go back and take a look at what happened in Northern Colorado back in 1915, a hundred years ago. So here’s “1915: Year in Review.”

January 1: The first name and trademark were registered in Larimer county. “The first man to make use of the [trademarking] law and protect the name of his place is Henry A. Meyers of Loveland. Today he filed his notice with the county clerk and paid his dollar to protect the name and trade mark, “H. A. Meyers, Orchard Home, Loveland , Colo.” (Fort Collins Weekly Courier. 1 Jan 1915.) 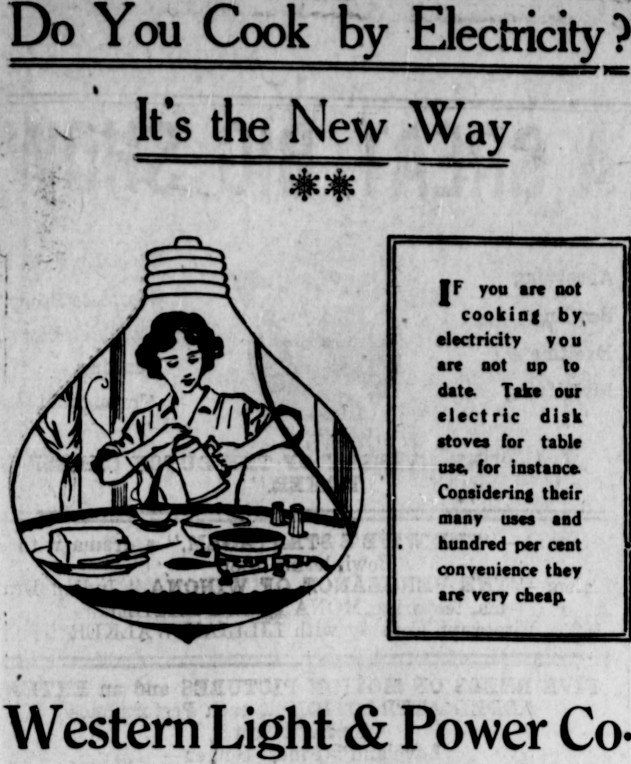 January 8: “Automobile Licenses Are Going Very Fast: A very brisk business is being done in tags and licenses at present. About 300 persons have applied for licenses for 1915 and many requests are being received by mail. Machine owners are trying to avoid punishment by the state and are complying with the law requiring tags and licenses.” Licensing vehicles was a fairly new idea in 1915. So was riding on the right hand side of the road. (Fort Collins Weekly Courier. 8 Jan 1915.)

January 15: “Simple but impressive ceremonies” marked the inauguration of Governor George A. Carlson, a Republican that had graduated from the University of Colorado in 1902, received a law degree from CU in 1904, and then practiced law in Fort Collins from 1905-08. He was the district attorney in Fort Collins from 1908-14. (Fort Collins Weekly Courier. 15 Jan 1915. With additional info on Carlson from Wikipedia.)

January 22: The bill to create Rocky Mountain National park had been passed. This meant that Colorado would be “receiving national advertising for its scenic beauty and wonders.” Enos Mills was praised for working so hard to make this happen. There was some confusion about the boundaries of the new park. The newspaper assured readers that “Estes Park Village and immediate vicinity” are not within the new park. (Fort Collins Weekly Courier. 22 Jan 1915.)

February 1: Walter Smith petitioned the Fort Collins city council to be given permission to build a rendering plant by the river. The city council agreed to the plan, most especially because Smith promised to pick up dead animal carcasses for free in a 20 mile radius around the town. The hope was that this would not only provide a place for residents to send their trash, but that the streets would end up cleaner as well. (It’s gotta make you wonder just how many dead animals were strewn about town at the time.)  The carcasses were to be turned into commercial fertilizer that would then be sent east. (Fort Collins Weekly Courier. 5 Feb 1915.) 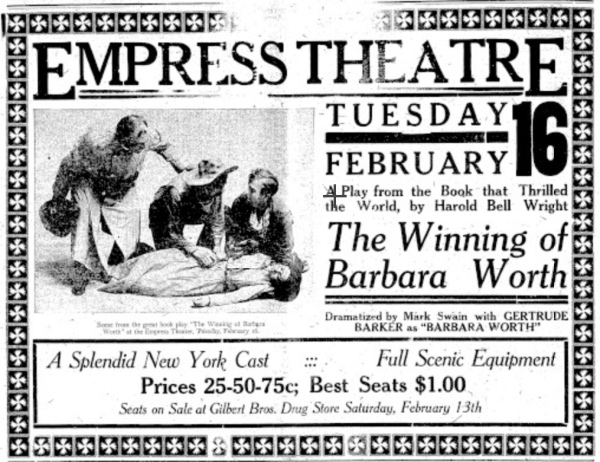 February 15: Taxpayers, upset with city money being used to pay for the building of a water storage dam along the Big Thompson river, had brought an injunction against the city of Loveland. After a “fight which lasted all day… and late into the night,” Judge Strong dissolved the injunction and allowed work to move forward. The completion of the dam, however, would depend upon a bond issue to be voted upon in spring. (Loveland Daily Herald. 16 Feb 1915.) 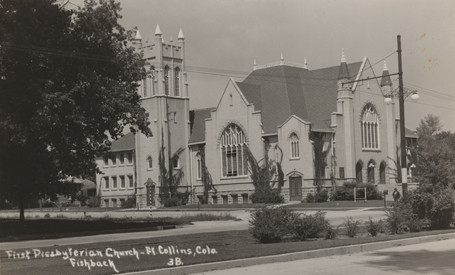 February 28 – March 7: First Presbyterian Church of Fort Collins announced that it would host a week long celebration over the completion of their new church building at the corner of Myrtle and S. College. The newspaper declared that it “will be an occasion of great moment not only to the congregation, but also to the entire community. Even persons at a distance are beginning to show an interest in this occasion.” (Fort Collins Weekly Courier, 26 Feb 1915.)

March 23 – 26: A well known Prohibitionist, social worker, pastor, Y.M.C.A worker, Red Cross worker, and possibly also a Bolshevik sympathizer came to speak in Fort Collins. He was very well received. “Raymond Robins, the man who toiled in a brick yard at the age of eight, labored in mines as a young man, was counted as poor white trash, went to the Klondike where he made a fortune, is using that fortune to better the conditions of his fellowman and has been a material aid in eliminating many of the sweatshops from the land, has been here for three days and in that time has made several addresses and held many conferences. Those who have heard him declare he is one of the most finished speakers who ever addressed an audience In this city and that with his self-acquired education he has a vocabulary which is little short of remarkable.” Based on the very quick research I’ve done on the man, he has an incredibly interesting story. While he was here in Fort Collins his talks encouraged students at the Agricultural College to make the most of their education in order to help others and not just to make money. (Fort Collins Weekly Courier. 26 Mar 1915.)

March 29: Justice Hugo Frey went to Windsor to purchase black emmer grain for the new breakfast cereal factory being built in Worland, WY. (A man named W. K. Kellogg had recently started a breakfast cereal factory in Battle Creek, MI, as had another fellow named C. W. Post, and both of their businesses seemed to be doing quite well. So Frey was hoping to capture similar fame and fortune for the western states.) To find out more about Hugo Frey, check out this Forgotten Fort Collins post, “Hugo Frey – Tales of Adventure from a Native Son.” (Fort Collins Weekly Courier. 2 Apr 1915.)

April 7: Reverend E. J. Lamb, one of Colorado’s first missionaries and the first Long’s Peak Guide, passed away. “With the death of Rev. E. J. Lamb at 5 o’clock this (Wednesday) morning, Fort Collins, Larimer county and Colorado lost one of the truly best men who ever trod the earth in this part of the country.” (Fort Collins Weekly Courier. 9 Apr 1915.) 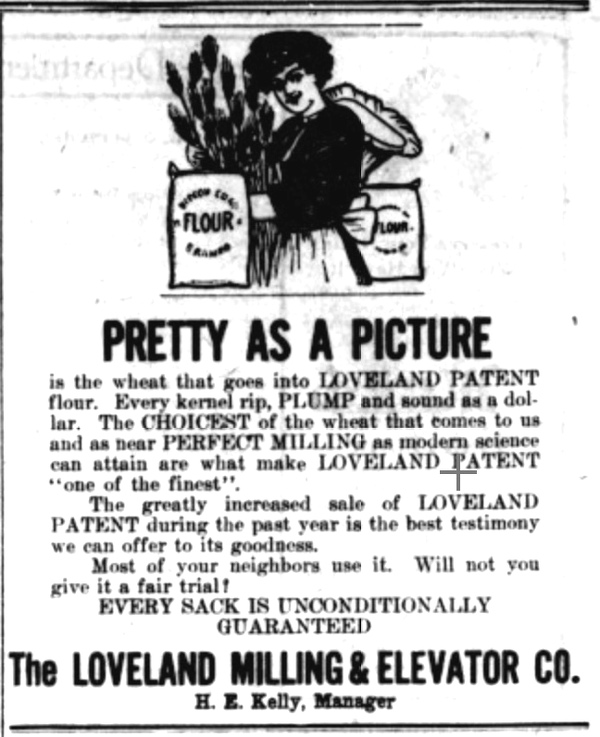 This Loveland Milling Ad is from the Loveland Daily Herald, 16 April 1915.

April 23: Fort Collins started a campaign to clean up the alleys in the residential part of town. (Apparently there was no weekly trash service.) Residents were encouraged to help by setting trash out in the alleys or, if there was no alley access for the property, to make a pile in the front of the house. (Fort Collins Weekly Courier. 23 Apr 1915.)

May 11: The Loveland jail received an upgrade after one drunken man who had been thrown into the “jug” found escape by simply pulling the pins to the hinges on his cell doors. Somehow the ease of escape had eluded former attendees. (Loveland Daily Herald. 11 May 1915.)

May 23: Two bootleggers and three barrels of beer were captured in “the Jungles” (the Buckingham Neighborhood off of Lincoln Avenue) in Fort Collins. (Fort Collins Weekly Courier. 28 May 1915.)

June 4: The Memorial Day parade held in Fort Collins honored the old veterans of the Civil War. Both the old and new fire engines were included in the parade along with several cars. (Owning a car was a really big deal at the time.) (Fort Collins Weekly Courier. 4 Jun 1915.)

June 23: The Gem Lake Trail in Rocky Mountain National Park had been completed and was open to the public. (Loveland Daily Herald. 23 Jun 1915.)

July 9: The Western Light & Power company was talking about running a power line to Wellington in order to supply power to a proposed alfalfa mill that might be coming in. This would enable other businesses and residents of Wellington to get electricity as well. (Fort Collins Weekly Courier. 9 Jul 1915.) 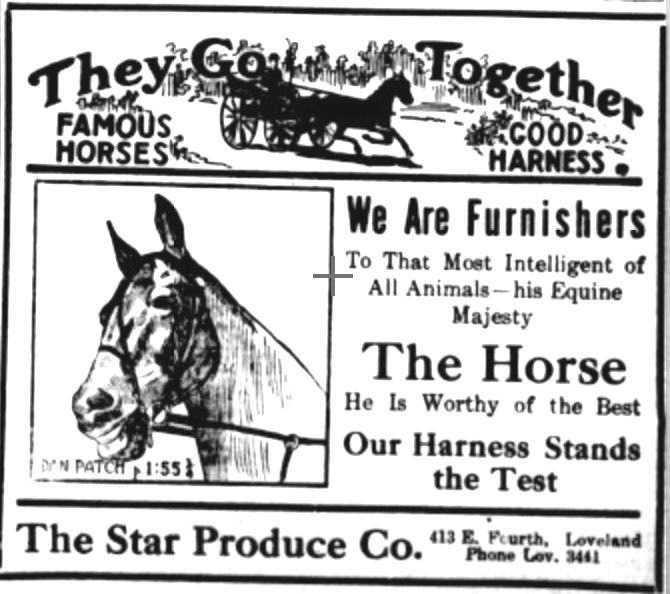 This ad for the Star Produce Company is from the Loveland Reporter, 23 July 1915.

August 13: Fort Collins city officials and motorcyclists had a hearty debate about whether the “new breed of gasoline powered vehicles” should be allowed in the city. The complaint was primarily that they were too noisy. (Fort Collins Weekly Courier. 13 Aug 1915.)

September 3: A wedding in a lion cage was called off in Loveland despite the fact that the bride and groom were on board with the idea. Fair officials felt like the event might be a little over the top. (Loveland Reporter. 3 Sep 1915.)

September 11: A Wellington man traveled down to Fort Collins and tied his horse up in an alley. The horse escaped and the man was still looking for it. But the headline on the article is kinda funny, “Horse breaks loose and fails to go home.” (Fort Collins Weekly Courier. 17 Sep 1915.)

October 8: Here’s another funny headline: “Estes Park Pet Fish Leaps From Tank, Dies.” It turns out, however, it was a famous fish. Sunbeam was well beloved by tourists because he allowed them to pet him. The fish was mounted and put on display in the hatchery where it had lived.  (Loveland Reporter. 8 Oct 1915.)

Madame Wiwi worked in the State Mercantile Building which used to be located at the corner of Oak and College in Fort Collins. (Fort Collins Weekly Courier. 22 Oct 1915.)

November 4: A twenty year old man was shot by his rival as he was bidding his sweetheart goodnight at her doorstep. Walter Willey was shot by Tom Watton (also 20) as he said goodnight to Lura Street at her house at 216 Cherry Street in Fort Collins. Willey died the following morning. (Loveland Reporter. 5 Nov 1915.)

November 10: Dr. Evan B. Edwards died. He had been the first president of the Colorado State Agricultural college. “There are still many in Fort Collins and vicinity who remember Dr . Edwards as a pleasant, kindly gentleman, a preacher and teacher of marked ability and as a man whom it was a pleasure to know.” (Fort Collins Weekly Courier. 19 Nov 1915.)

December 3: A part of Picnic Rock was being blasted in order for the road to the water works to be widened in that area. “This section of road was so inferior to the canon road that many hesitated making the trip up the river. It was very narrow and had few turnouts.” (Fort Collins Weekly Courier. 3 Dec 1915.)

Getting coal in your stocking wasn’t all bad. It meant that you’d be warm at least one more day than you otherwise might. (Loveland Reporter. 24 Dec 1915.)