1964: Viet Nam, the End of Measles, and Bowling in the Afternoon 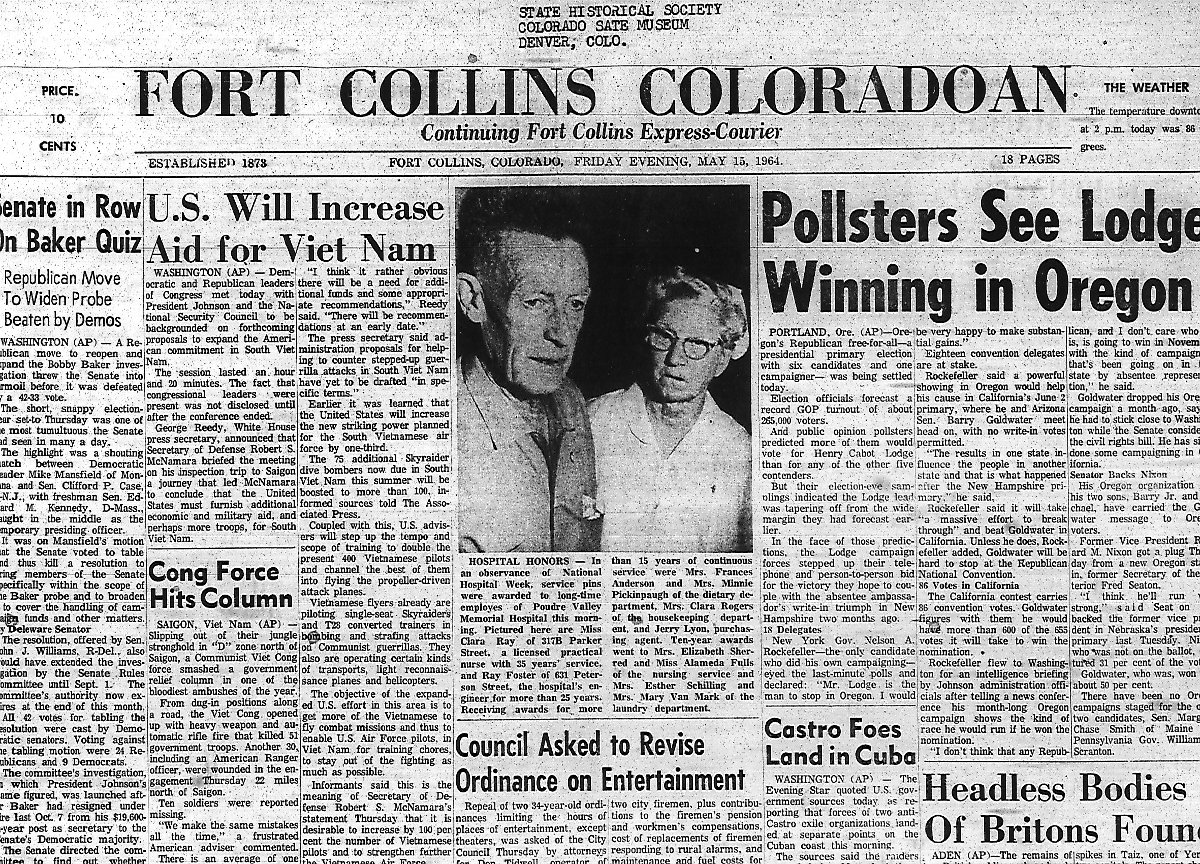 Fifty years ago the United States government decided to step up the amount of money and troops it was sending to Viet Nam. There was unrest in the Middle East (What’s new, right?). And the city council was asked to repeal two laws that no one was following anyway. (One was a rule that billiards could only be played between the hours of 5am and noon. … I know. I had to read that twice to make sure I got it right. And the other was that billiards, bowling, and some other entertainments were not allowed on Sundays.) 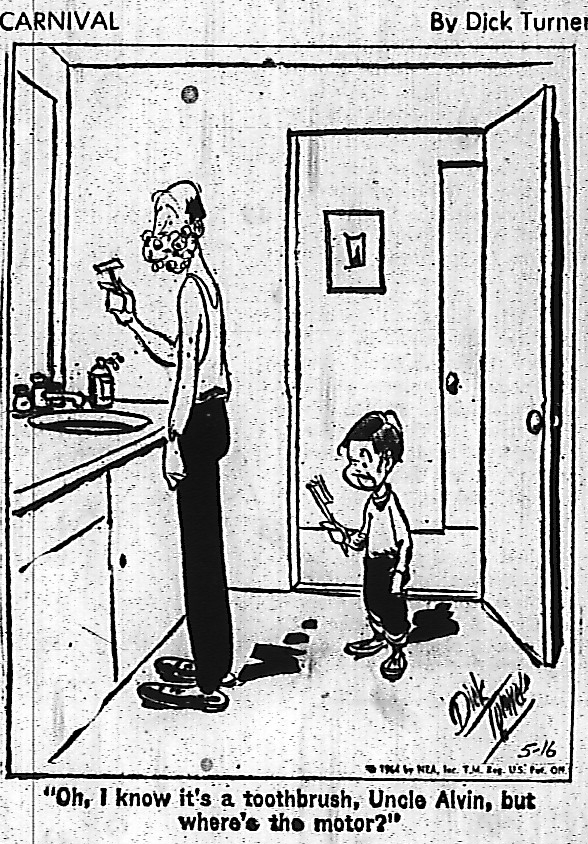 In 1964, there was a sense that kids expected everything to be electronic. Little did they realize how much gadgetry they had yet to discover.

Vandals wreaked extensive damage at the home of James Shields, living at 1319 West Plum. The intruders entered through the unlocked front door while the inhabitants were away. They dumped boxes of cereal on the floor, smashed bananas into the floor, tore down wall speakers and broke the record player. The neighbors didn’t hear a thing. 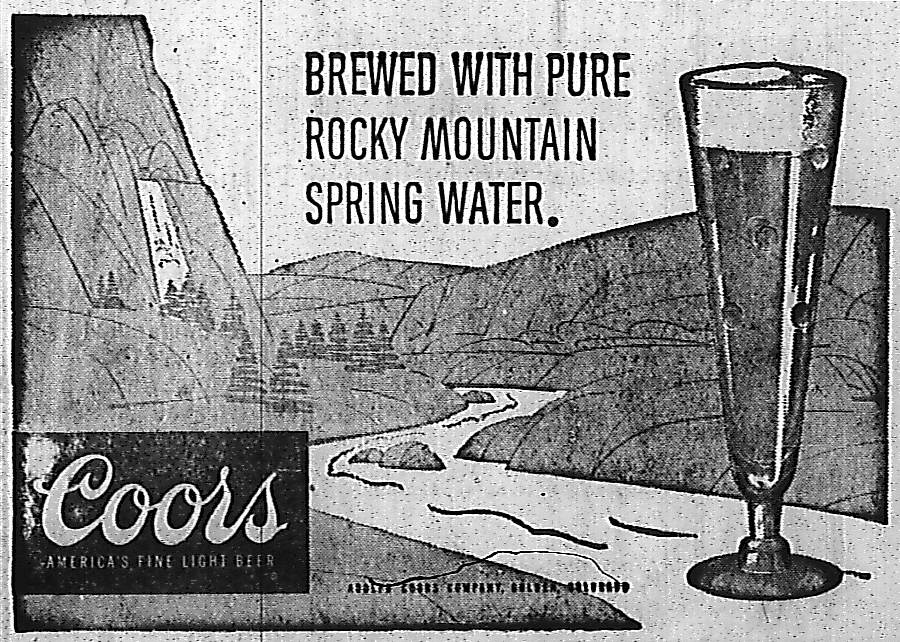 The picture may look different, but the message is the same. Coors is brewed with pure Rocky Mountain spring water. 1964

This next article is too funny to try to summarize.

Mobile, Ala. (AP) — A determined female cardinal bird is holding up sale of more than $400 worth of young oak trees by a nursery.

The cardinal built a nest in one of the trees in the lath house, and Harold Dodd, the nurseryman, said Thursday the entire shipment of oaks couldn’t be moved until the cardinal’s eggs are hatched and the young birds learn to fly.

The process is expected to take about two more weeks. 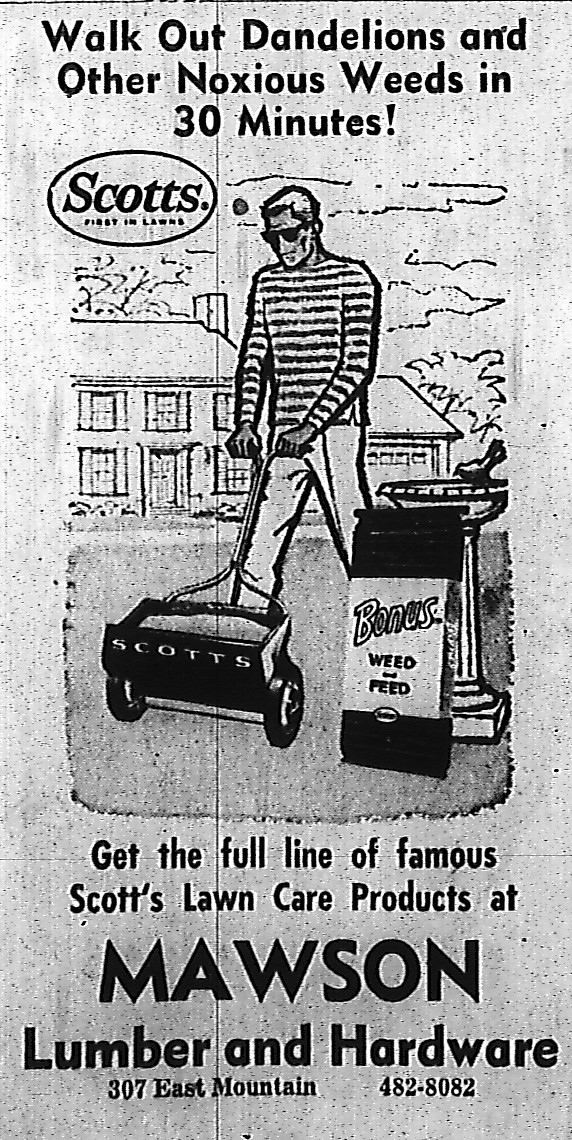 Do you remember shopping at Mawson Lumber and Hardware? 1964

There was an optimistic article explaining that a new vaccine had been developed that might put an end to the threat of measles. Which makes me wonder, when was the last time you heard about someone getting the measles? 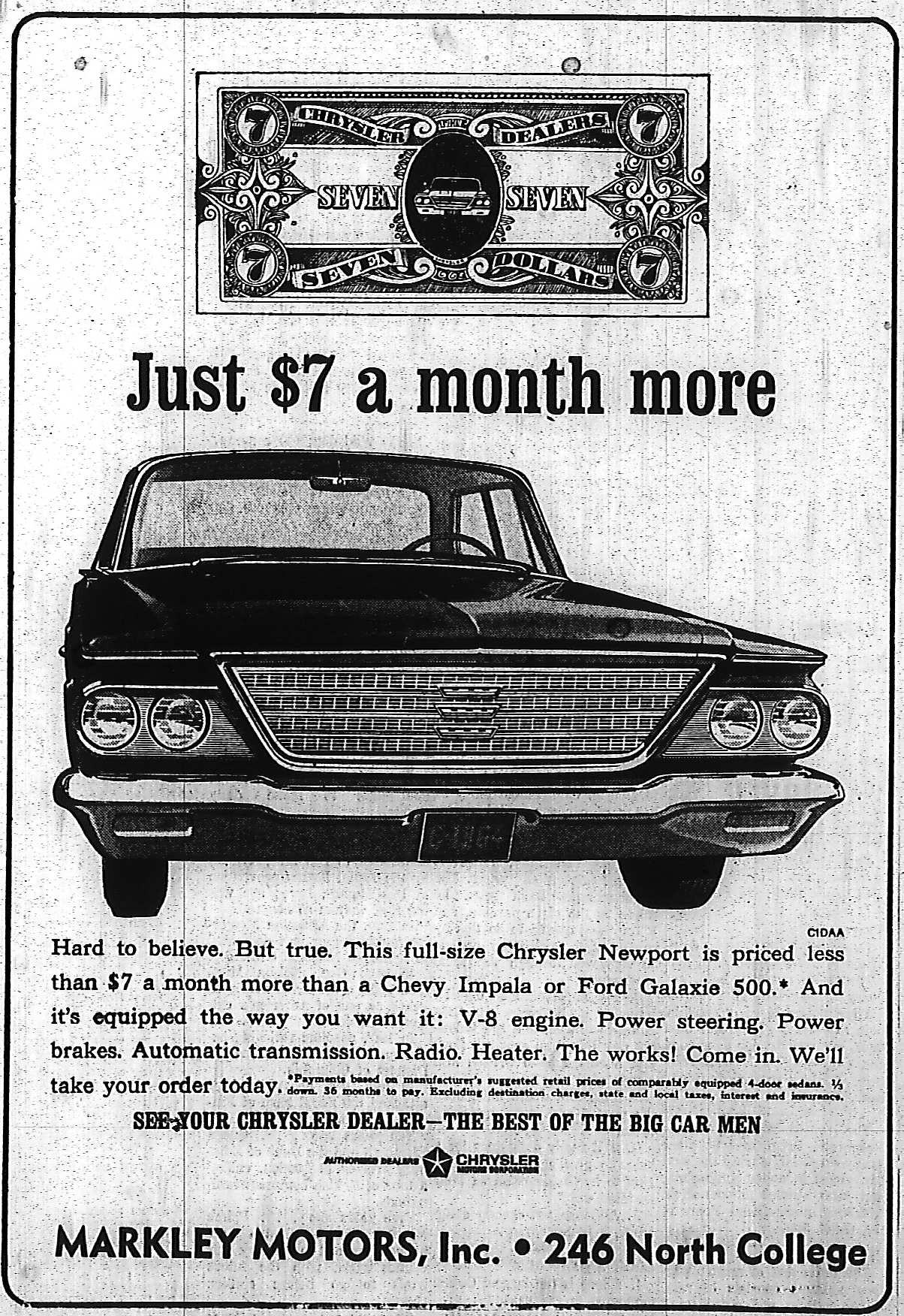 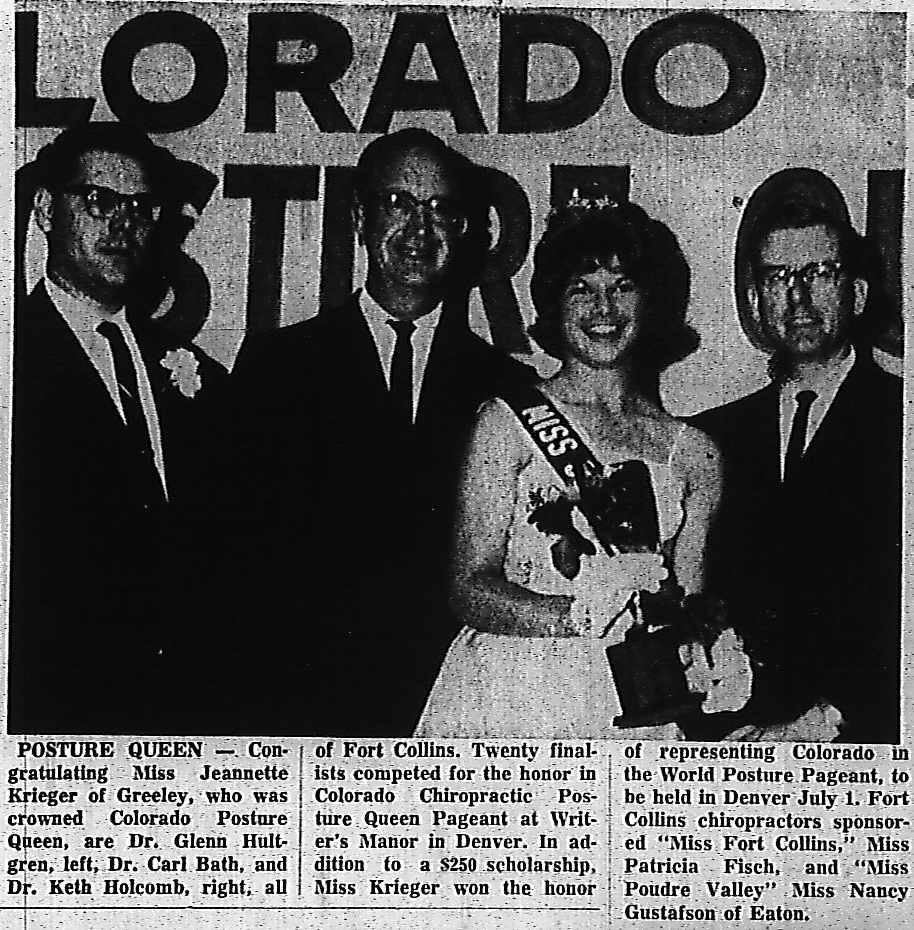 Yes… Fort Collins appears to have had a posture queen. I am not making this up.

The Fort Collins Coloradoan, 15 May 1964. I accessed this newspaper on microfilm through the Archive at Fort Collins Museum of Discovery. I thought I was getting the May 16th newspaper. But on the microfilm, the dates jumped from the 15th to the 17th. The 16th was mysteriously missing. So I just rolled with the 15th. Oh well.