A is for Aggie: a Then and Now post 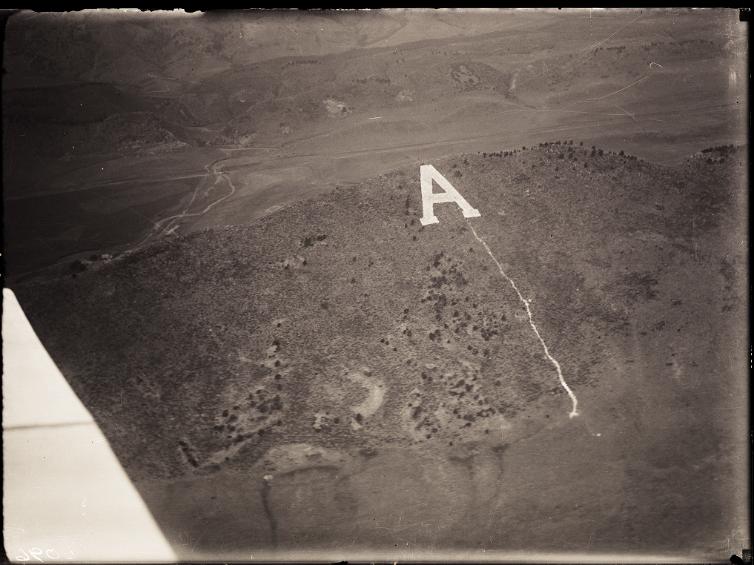 This 1929 aerial shot is from the CSU Archives and Special Collections Department. 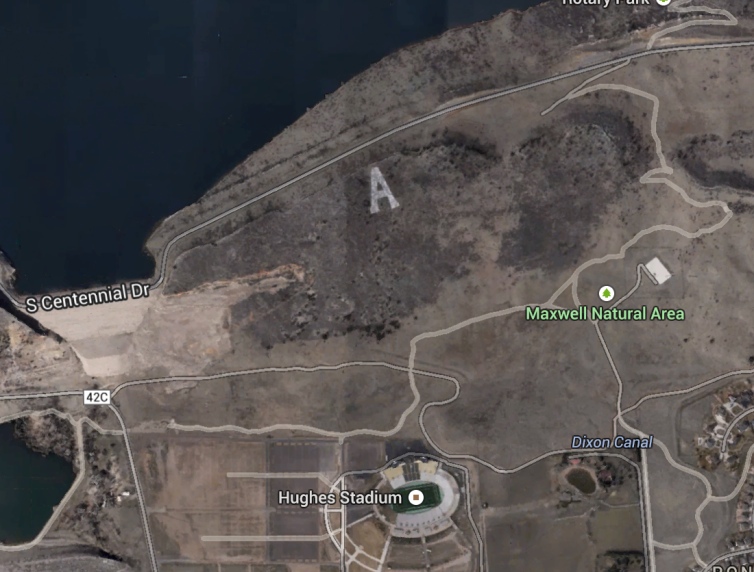 A large “A” on the ridge to the west of campus first appeared in 1923 and was enlarged and painted white in 1924. Students had chosen an “A” for Aggie, as in Colorado Agricultural College (also commonly referred to as CAC). The “A” remained appropriate in 1935 when the college changed its name to more accurately reflect its diverse educational offerings to the Colorado State College of Agriculture and Mechanic Arts, or Colorado A&M (which, if you’ll note, when abbreviated further becomes CAM… as in “ram.”)

In 1957, Colorado A&M became Colorado State University. By the 1980s, CSU students began to campaign for a letter change. They wanted to modify the “A” (which was no longer reflected in the name of the school) to an “R” (for CSU Rams). This shift was halted not by the university or the state, but by the Federal Aviation Administration, which requires not only that the letter remain unchanged, but that it be repainted every year as a landmark by which passing planes can navigate.

The top photo was taken in 1929, not long after the “A” first appeared. Note not only the pathway that leads directly up to the “A” (now students take a more gently sloped trail to the north and come at the “A” from the west) but the very clear dirt roads behind the “A” where a reservoir now stands. The Horsetooth reservoir was constructed in 1949, long after the “A” first took up residence in the area.

The aerial photo of the “A” from 1929 came from the CSU Archives & Special Collections Department. I especially want to thank Vicky Lopez-Terrill who sent me the link to all of CSU’s aerial photos online.

The satellite photo of the “A” from 2014 came from Google Maps.

The history of the “A” came from ColoradoAggies.com, a website devoted to the preservation of the athletic history of CSU.

The dates for CSU’s name changes came from the wikipedia page on the university.

The date for the creation of Horsetooth Reservoir also came from Wikipedia.