Andrew Armstrong was an early Fort Collins pioneer. As a builder, he had a hand in constructing many residential and commercial buildings. He was active in his church and was an ardent Mason. He was one of the early pillars of the community upon which our city was founded. 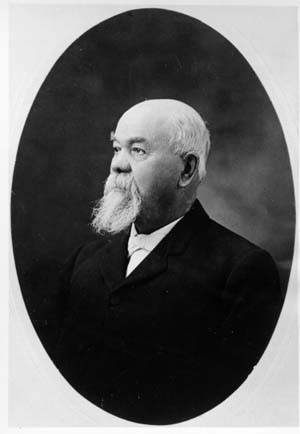 Andrew Armstrong was born in County Armagh, in what is now Northern Ireland. At the age of 17, he boarded a ship and traveled to New York where he found work in the construction industry. He got along well there, even becoming a partner in the firm where he worked. But several friends felt the tug of westward expansion and struck out for the Union Colony of Greeley. They sent letters back to Armstrong encouraging him to come out and join them. So in 1873, he arrived in Colorado.

As was true with many early pioneers who came to see what the Greeley colony might hold for them, Armstrong headed up river and found Fort Collins more to his liking. 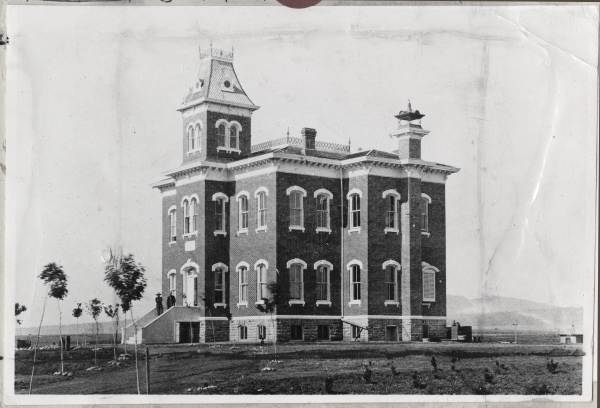 Originally the “Main” building on the Colorado Agricultural College campus, it was later called “Old Main.” The building burned down in 1970. (Photo from the CSU Archive – #UHPC_2788.)

Armstrong was nearly 50 years old when he became a resident of the small community of Fort Collins (population just under 500), but that didn’t stop him from pouring himself into building up the town.

He was the superintendent of construction for the Main building (later called Old Main) on the Colorado Agricultural Campus in 1878, which apparently means that he inspected the work that was done to make sure everything was up to snuff. As it turns out, it wasn’t. Before the building was even open for use, cracks appeared in the west wall, gutters funneled water into the foundation, and the lightning rod conducted electrical charges into the building instead of into the ground. It was Armstrong’s role to represent the interests of the Board in ensuring that repairs were made and the building was ready for use when the first students arrived in 1879. 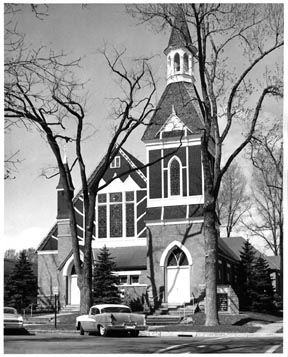 First Presbyterian Church as it stood on the Southwest corner of Olive and Remington. (Photo taken from the history page of the Immanuel Christian Reformed Church website. The congregation used the building after the Presbyterians moved College Avenue between Mulberry and Myrtle.)

Andrew Armstrong was also involved in building the new First Presbyterian Church at the corner of Olive and Remington. He was appointed postmaster in 1880. And he was Grand Chaplain of the Grand Lodge of Colorado for seven years. 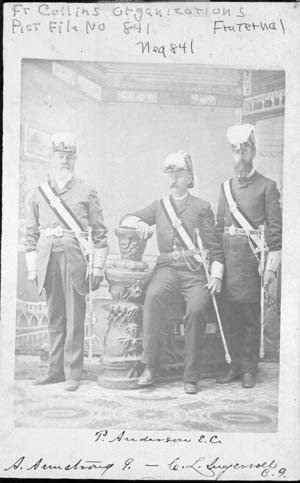 Andrew Armstrong; Peter Anderson; and Charles L. Ingersoll were all part of a fraternal organization. There’s a note on this photo at the Fort Collins Archive asking, “Knights Templar?” (FC Archive #H00841.)

Armstrong built a house for himself on S. College, on the same block at the Hottels. 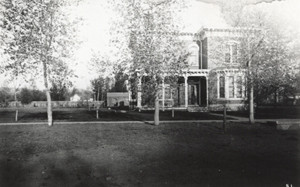 The Andrew Armstrong residence on S. College, just to the north of where the Armstrong Hotel is today. (From the Fort Collins Archive #H01804.)

Andrew Armstrong passed away in 1904 in Denver, at the house of his daughter, Caroline Armstrong Mantz. It was Caroline’s husband, Charles, that later decided to build a hotel on S. College just south of the location of his father-in-law’s old house. He named the hotel for Caroline’s father calling it the Armstrong Hotel. 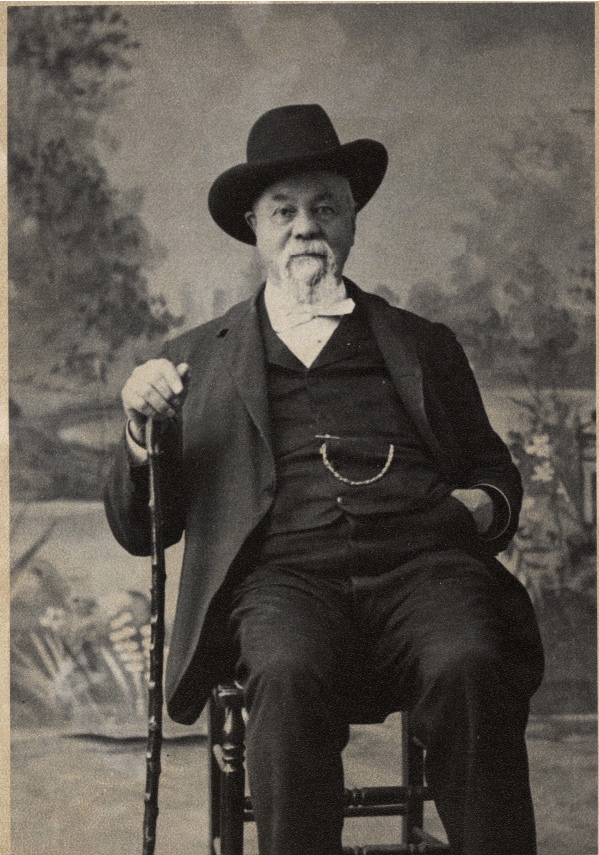 Ansel Watrous’s book, the History of Larimer County, Colorado, which is available online (although this online version doesn’t include the cool old photos).

An article in the December 17, 1963 edition of the Coloradoan entitled Pioneer Album (as found on microfilm at the Fort Collins Archive).

Information on the troubles with the building of Old Main came from the Colorado State University Archive document entitled Guide to the Old Main Collection.