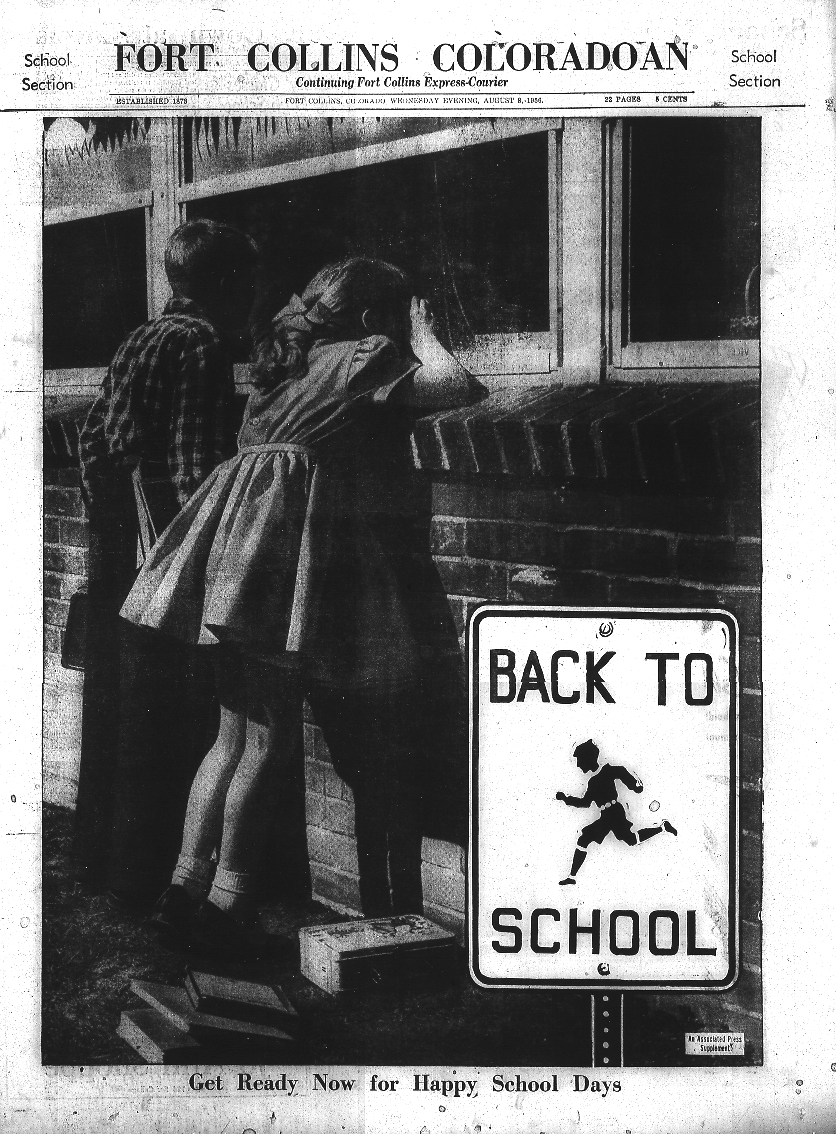 Special “Back to School” newspaper insert in the Fort Collins Coloradoan (1956).

School is right around the corner, much to my kids’ chagrin. In last Thursday’s newspaper review, I only covered the regular part of the August 8, 1956 newspaper. But there was also a special “Back to School” edition and there was just too much great stuff in it not to share. So today you’re getting a bonus post full of photos of new teachers, news of the school district, and an update on new school buildings for 1956. 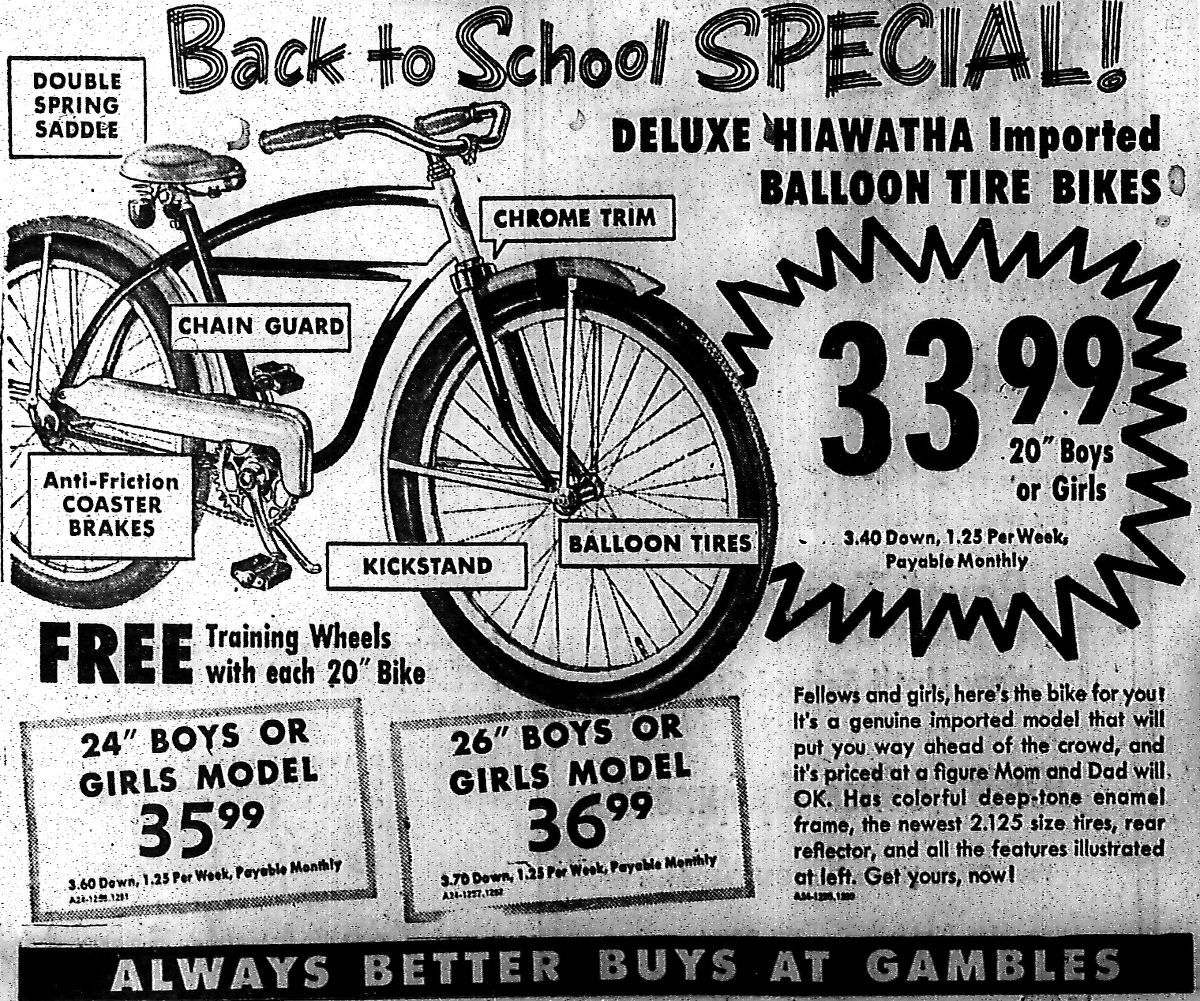 Did you ever get a new bike from Gambles?

The Poudre School District hadn’t been invented yet in 1956. (It was created in 1960 with the consolidation of 38 area school districts.) The Fort Collins district had the fancy pants name of District 5. There was one high school (Fort Collins High School, located on Remington Street), one junior high (Lincoln Junior High, located at the corner of Meldrum and Magnolia), and a handful of elementary schools. 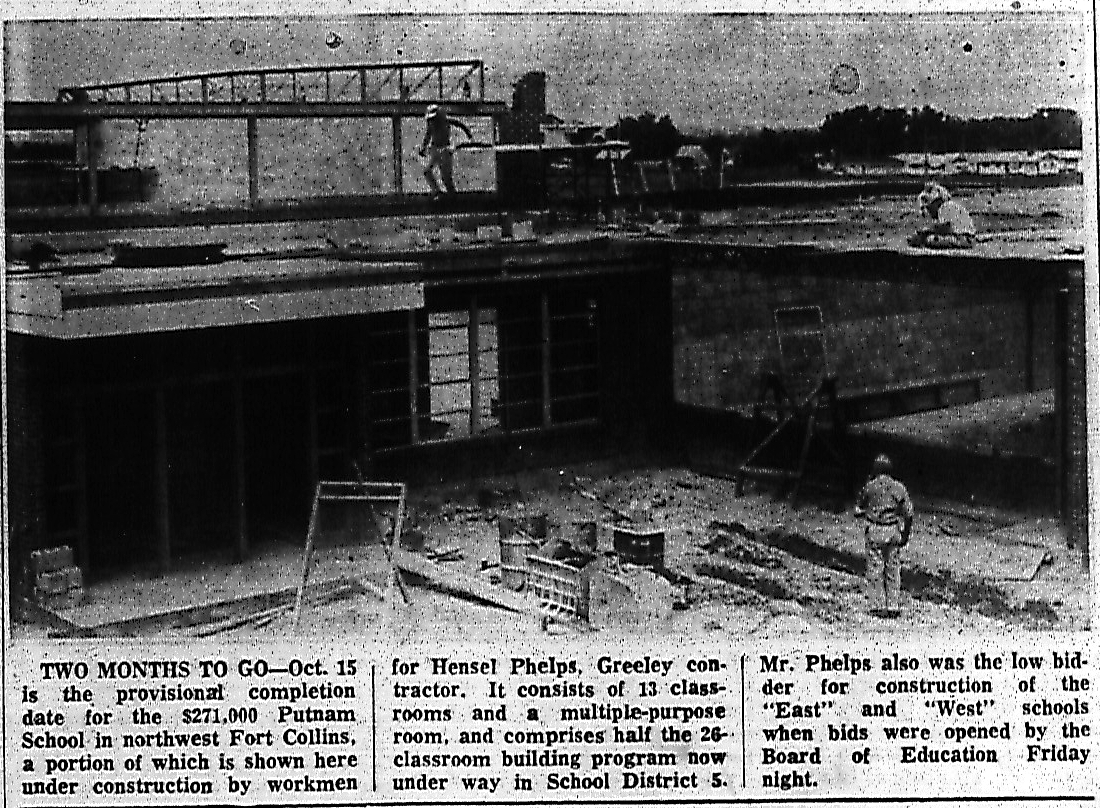 Putnam Elementary was almost completed by the summer of 1956.

The 1955-56 school year saw a record number of students, exceeding 4,100 pupils. (The PSD website states that there are currently about 27,000 students in the district as of the summer of 2014.) New facilities were needed. Putnam school was being built at an expense of $271,000 and would contain 13 rooms when it was finished in October, 1956. Two additional schools were slated to be built soon after. In this Back to School newspaper edition, the two schools were only referred to as “East” and “West” elementary schools (of eight rooms each). These schools, once built, would come to be called Barton (East) and Moore (West). The newspaper explained that they would serve the “fringe areas of the city.”

David Lesher, superintendent of District 5, explained through the newspaper that the district offices were going to be moved out of Lincoln Junior High in order to provide additional classrooms for the students there. The offices were moved to 317 South College where the telephone exchange had previously been located. 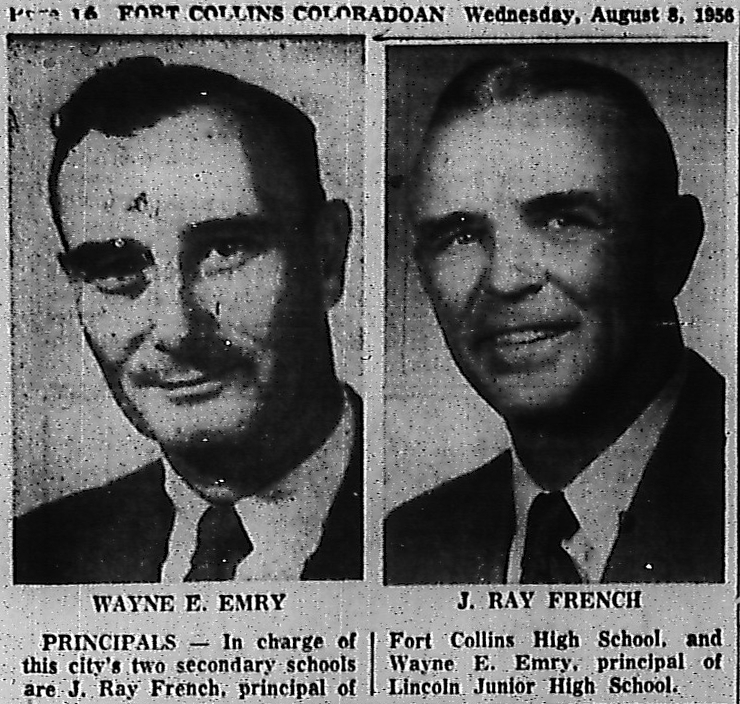 There was concern that the Russians were producing more scientists than the Americans were, but schools were finding it particularly hard to hire teachers knowledgeable in the areas of science, math and education.

The district was going to try to better meet the needs of their “higher ability” students by introducing a few honors classes, primarily in the high school. The junior high was also going to do its part by ability grouping students in reading and mathematics

The high school was going to be getting 5 Aetna Drivo-Trainers for students to practice their driving skills. The Drivo-Trainer would give students a realistic experience with controls, especially with shifting gears. An electronic readout gave the driving instructor a sense of how well the student was doing.

And there were a lot of new teachers joining the district. I’ll leave you with their pictures and descriptions and I would love to hear from you if you knew any of these teachers. 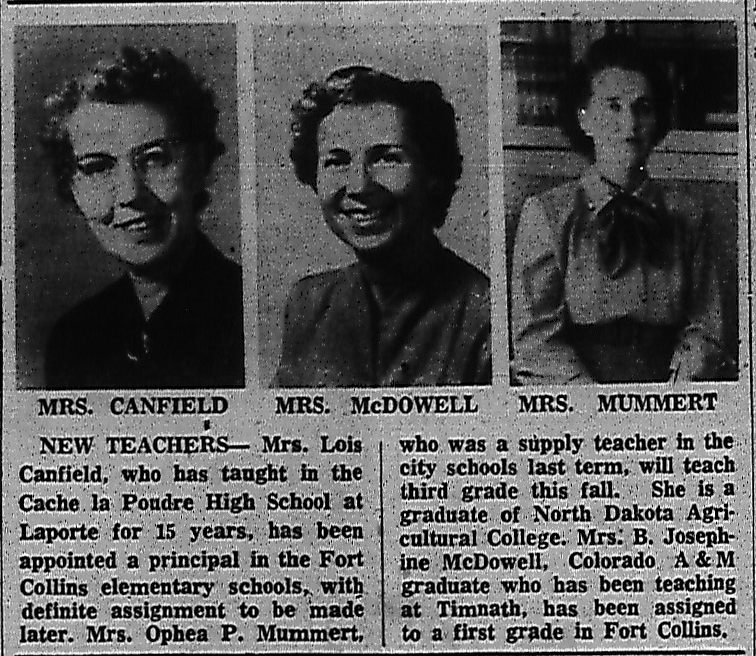 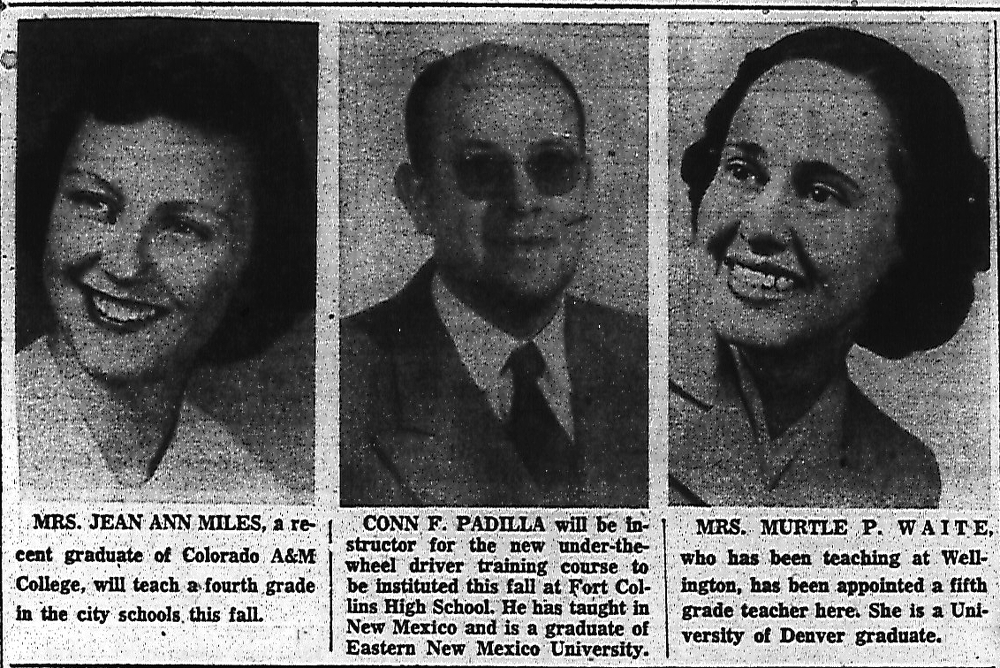 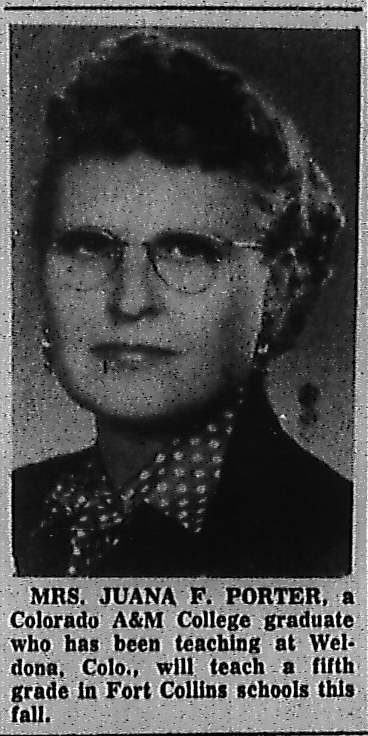 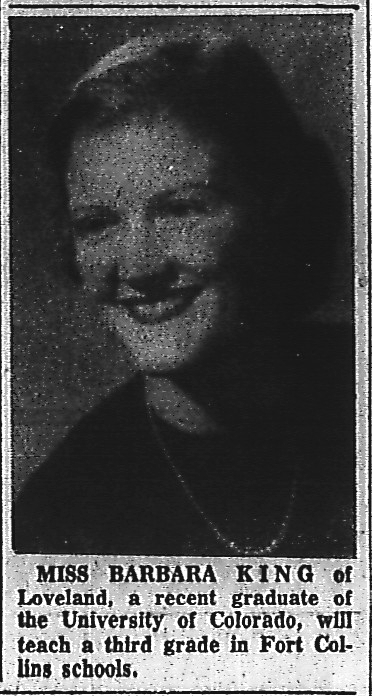 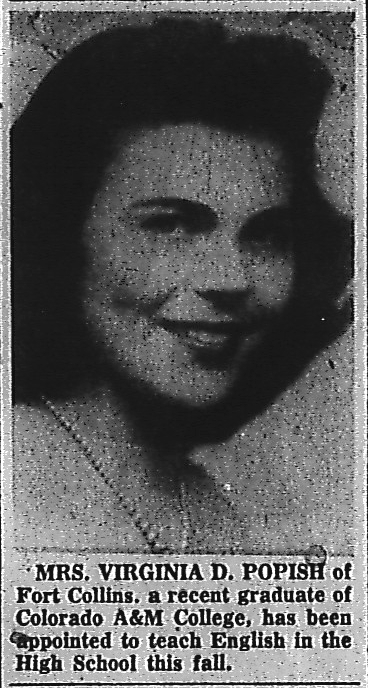 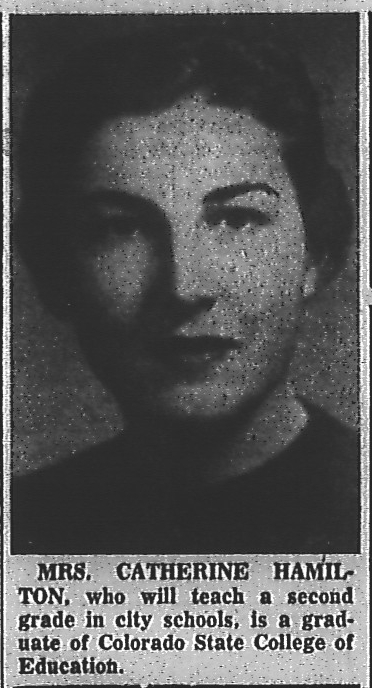 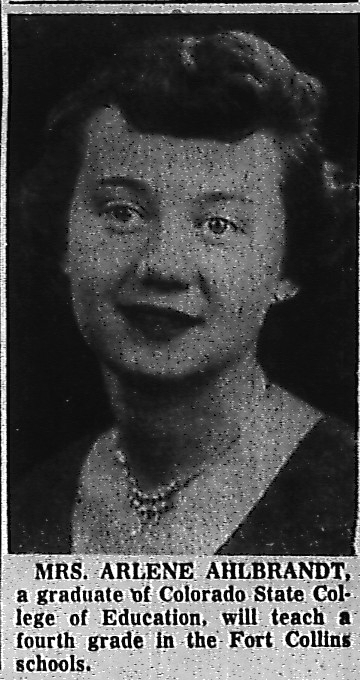 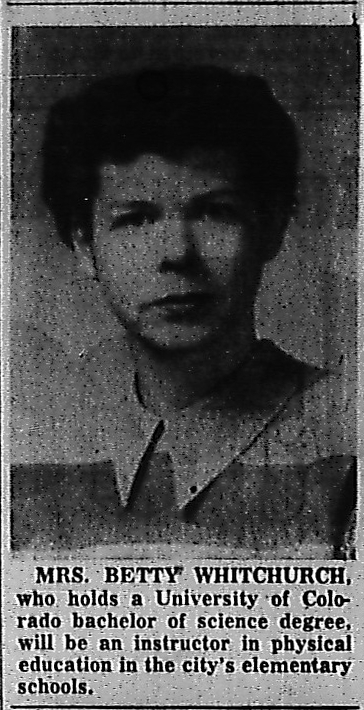 The creation date of the school district and the number of districts consolidated came from In the Hallowed Halls of Learning (pdf), a historical context done on the buildings in the Poudre School District.

All of the pictures and information came from the August 8, 1956 Fort Collins Coloradoan which I accessed through the Fort Collins Museum of Discovery Archive.