An Overview of the Benefits of Historic Preservation

As a history blogger, I’m often spending time in the Archive looking up old newspapers, assessors files, photographs and articles. Some documents are photocopies, or are on microfilm, or aren’t that old. But others are “actual old stuff.” You have to wear special gloves when you handle them and the pages crinkle when you turn them. I have a few “artifacts” at home, items that have been handed down to me from grandparents and in-laws: an old metal perfume container, a broach, a ring… and a paint scraper. (Yes, really. It’s plain, but cool.)

It’s when I interact directly with historic artifacts that I feel most connected to the past. When I can touch (or wear, or sit on, or look through) something that someone 100 years ago (or more) also directly interacted with, that’s when I learn not only about history, but  I feel a personal, tangible connection with it. Touching something certainly doesn’t give me the whole story about the object or the history surrounding it. But it does connect me to it in a way that just reading about history doesn’t. Interacting with artifacts from the past provides an emotional/social connection that facts and figures don’t as easily provide.

All of this to say that there’s value in saving artifacts. That doesn’t mean we need to save every bobby pin for posterity, but a hundred years from now, there should be at least a few around to give people a sense of our lives today. And it’s not just a matter of bobby pins, or dresses, or journals or 8-track tapes. Physical structures can be artifacts, too. But unlike the brittle pieces of paper that require gloved hands to touch, buildings are artifacts that you can live in.

So saving an old building preserves history in a way that’s tangible. You can live in the building, or work in it, or see it every day as you walk your dog. But landmark preservation goes beyond just saving history and actually helps communities in some other really important ways. Reusing an old building conserves natural resources, enlivens the local economy, and provides consistency and a sense of place to a community of people.

If you preserve your own property, then you’ll benefit economically from tax credits and grant options. But there are also benefits to the community as a whole. Federal and state funds are invested locally, jobs are created, and heritage tourism can be developed. 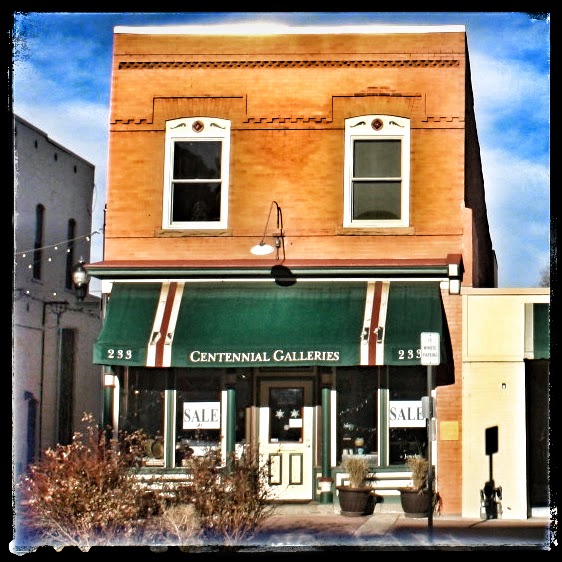 Federal and state tax credits and grants enable property owners to make improvements to historic properties while infusing these outside funds into the local economy. When a building is renovated or rehabilitated, rather than tearing it down and replacing it with a new structure, more money is spent on labor than on construction materials, which puts more money directly into the local economy rather than sending it out to where the construction materials originated. Cities save money as reusing old buildings leads to reusing existing infrastructure (as opposed to sprawl with often demands ever more new infrastructure to be developed). Local businesses tend to benefit more  than national chains from the renovation of older buildings.  And the number of visitors increases as retained older buildings add a uniqueness and distinctiveness that visitors and residents alike appreciate. 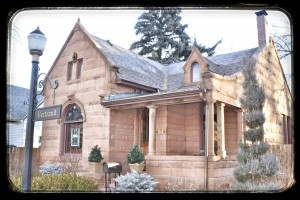 In 2001, a study by the Colorado Historical Foundation found that historic preservation improved property values in residential neighborhoods. A later study done in 2005 found the same to be true in commercial districts. The greatest economic benefit was often found in districts as opposed to individual designations where property values were effected by surrounding non-landmarked properties. 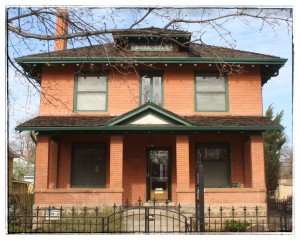 On its most basic level, the practice of historic preservation is the practice of conserving resources. Not only do restoration and redevelopment consume less energy than demolition and new construction, but preservation also recovers the worth of past energy investment. Demolition and new construction not only consume present-day energy, but negate and waste the past energy investment made in a building.  Preservation is a remarkably effective method of sustainability. 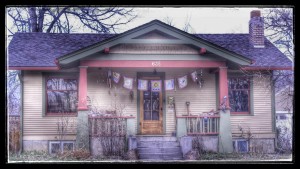 In addition to conserving resources, many older homes were built with their geographic location in mind so that climate and position to the sun were taken into account when the building was constructed. Features such as deep porches and large overhangs help to harness the heat of the sun in winter while shading from heat in summer, thereby conserving the energy required to heat or cool the structures.

A Sense of Place 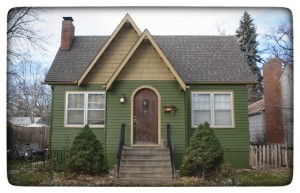 While many cultural artifacts are owned by museums or individuals, buildings shape the physical space in which we live such that even cursory interactions (such as driving past the place every day) still define our sense of a place. When a building is removed or a new building is put up, people often react emotionally to the change. Just look at the response people have had to the Summit on College Avenue. Growth and change are good things, but that doesn’t mean we won’t experience a visceral reaction to the shift in our surroundings. And as much as we can use what we already have to foster growth, the less we’ll disrupt our sense of place.

Preserving a building honors its place in Fort Collins history and ensures the protection of the building’s character for future generations.

Learning the stories of our history also seems to make a difference in terms of how people feel about the city in which they live. When a building is preserved, often its story is researched and studied. As the current generation learns the history of their property, they tend to gain a sense of ownership not just in the physical property that is being restored, but in the story of the house and, by extension, the city. This connection often leads to increased community and civic involvement. As I read through history books and old newspapers, I have many times come across a quote from a former mayor or city council member or other active citizen who claimed to have gotten actively involved in civic groups or leadership after the centennial celebration that the city held in 1964. Regular history articles in the newspaper, an increasing awareness of the value of preservation, and new history publications put out in the 60s and 70s about the history of Fort Collins captured the attention and the hearts of many transplants to the city who have since become important figures in Fort Collins history in their own right. 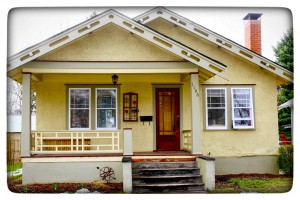 Landmark preservation is about so much more than just saving history. History is important. But there are also many other great reasons to be preserving Fort Collins’ historic buildings. Any building 50 years old or older can be considered for a historic designation. Maggie has written more about the particulars of landmarking your property in her post entitled, “Mark Miller House – Local Landmark Nomination,” in which she walks through the process that she went through in landmarking her own house. It’s not just the houses of the “big” important people that are worth saving. Even us little people have stories that are interesting and worth preserving for future generations. Knowing how migrant workers, or shop keepers, or dentists used to live can tell us a lot about ourselves as a community.

All photos are ones I took myself and fiddled with on Google+ to make them look a little more interesting.