Everybody knows there are no black cowboys. …right? 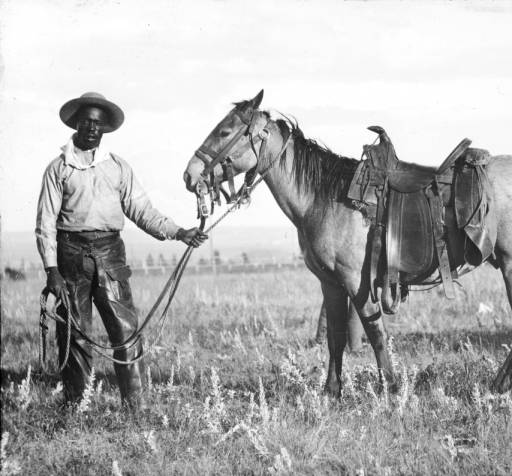 When Paul Stewart was growing up in Iowa in the 1930s, he loved to play “Cowboys and Indians” with his friends. But he always ended up playing the role of the Indian because, so his friends told him, there was no such thing as a Black cowboy. It wasn’t until 1962, when Stewart was visiting his cousin, Earl Mann, in Denver, that he found out how wrong that was. 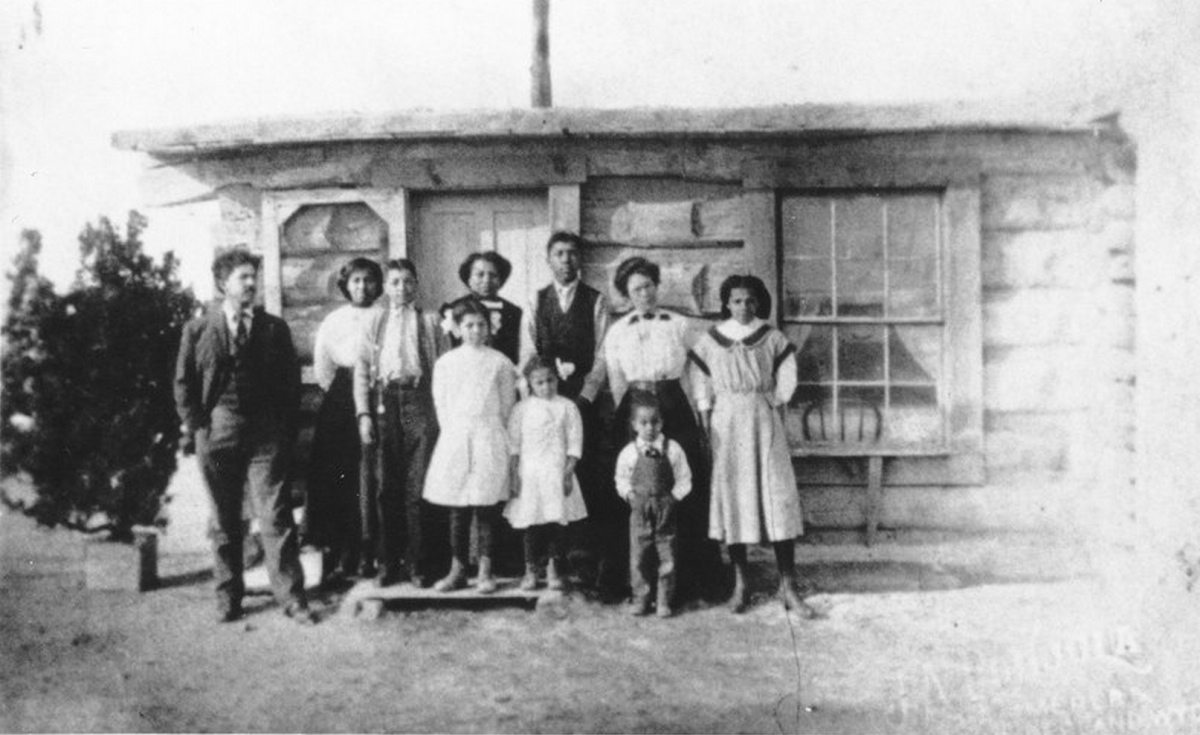 Alonzo and Esther Stepp and their eight children were the first Blacks to homestead in the Fontenelle District in Wyoming. (Photo from the American Heritage Center at the University of Wyoming.)

While walking the streets of Denver, Paul Stewart came across an honest to goodness Black cowboy amblin’ down the sidewalk. Stewart later said of the man, “He was wearing full cowboy regalia—boots, chaps, gun belt, spurs, cowboy hat—I mean everything.” At the time, Stewart scoffed and turned to his cousin saying, “Look at that drugstore cowboy. Who’s he trying to fool? Everybody knows there are no black cowboys.”

Stewart’s cousin explained that the man was a well known local rancher and that he was just one of many Black cowboys in the area. Stewart began to realize that there was an extensive history of Blacks not only as cowboys, but also ranch hands, pioneers, homesteaders, and shop owners throughout the West. But this history was little known and poorly documented. So he set out to collect what stories and artifacts he could, in order to piece together the history of Blacks in the Wild West. Thus began the Black American West Museum & Heritage Center. 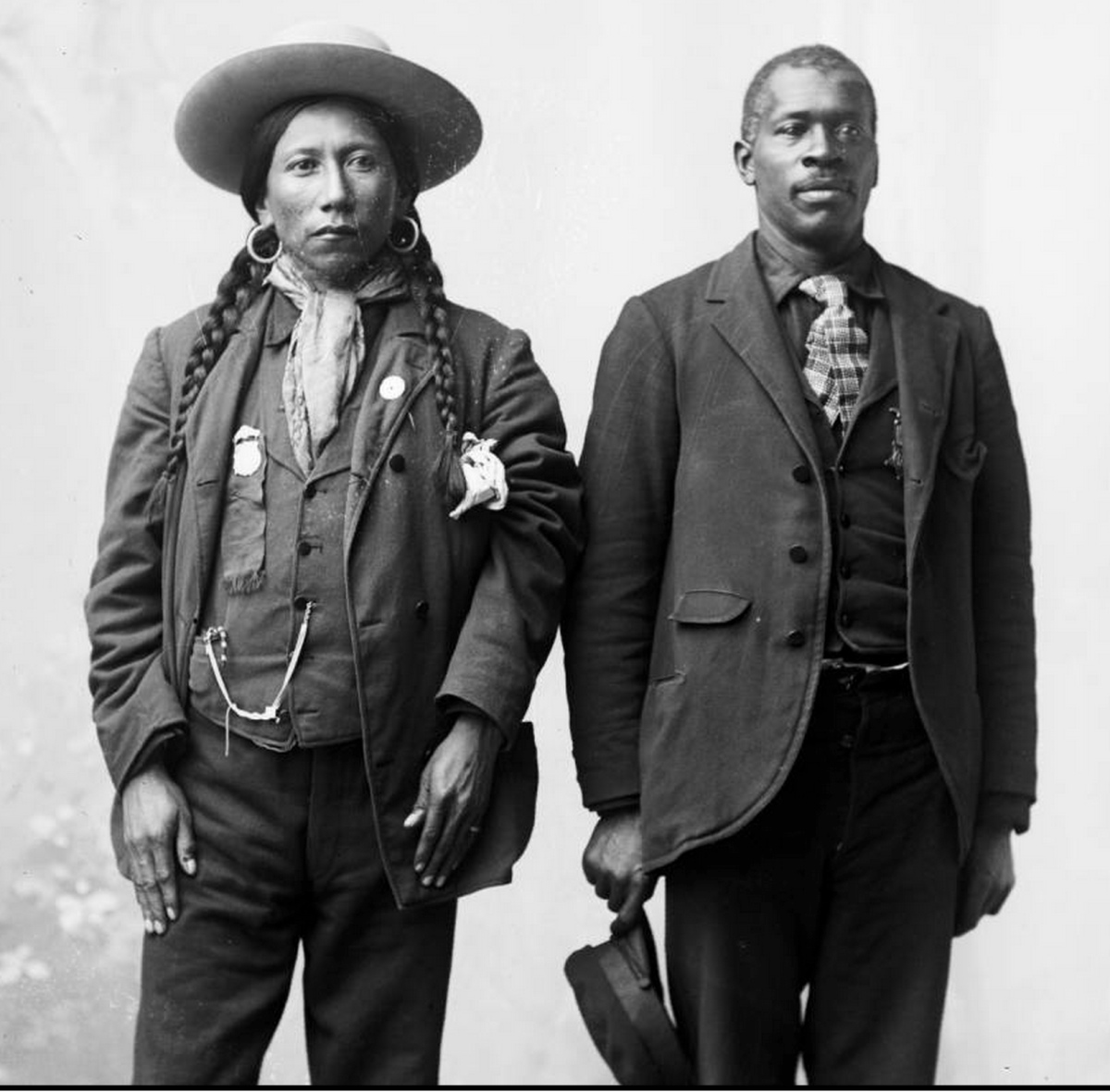 Dick Charlie was a full blooded Ute. John Taylor was a Black man, but was considered Ute by marriage. (Photo from the Denver Archive.)

Paul Stewart ended up moving to Denver where he opened a barbershop. As he’d trim men’s hair, he’d casually ask them if they had ever heard of Black cowboys, or any other Blacks in the early west, for that matter. He was surprised to find that many of them did. He began to tape these informal interviews. Word got out that he was interested in Black Western history and before long people were seeking him out to share their stories and even artifacts that had been passed down to them through their family. Stewart also began to travel around the West, collecting stories and even more artifacts. Before long he needed a space for his collection. 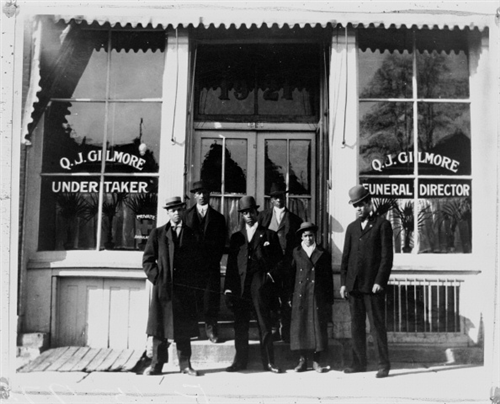 For a short time, Stewart was able to house his collection in an old Denver saloon. From there it went to a room at Clayton College for ten years. But it really needed a more permanent home. 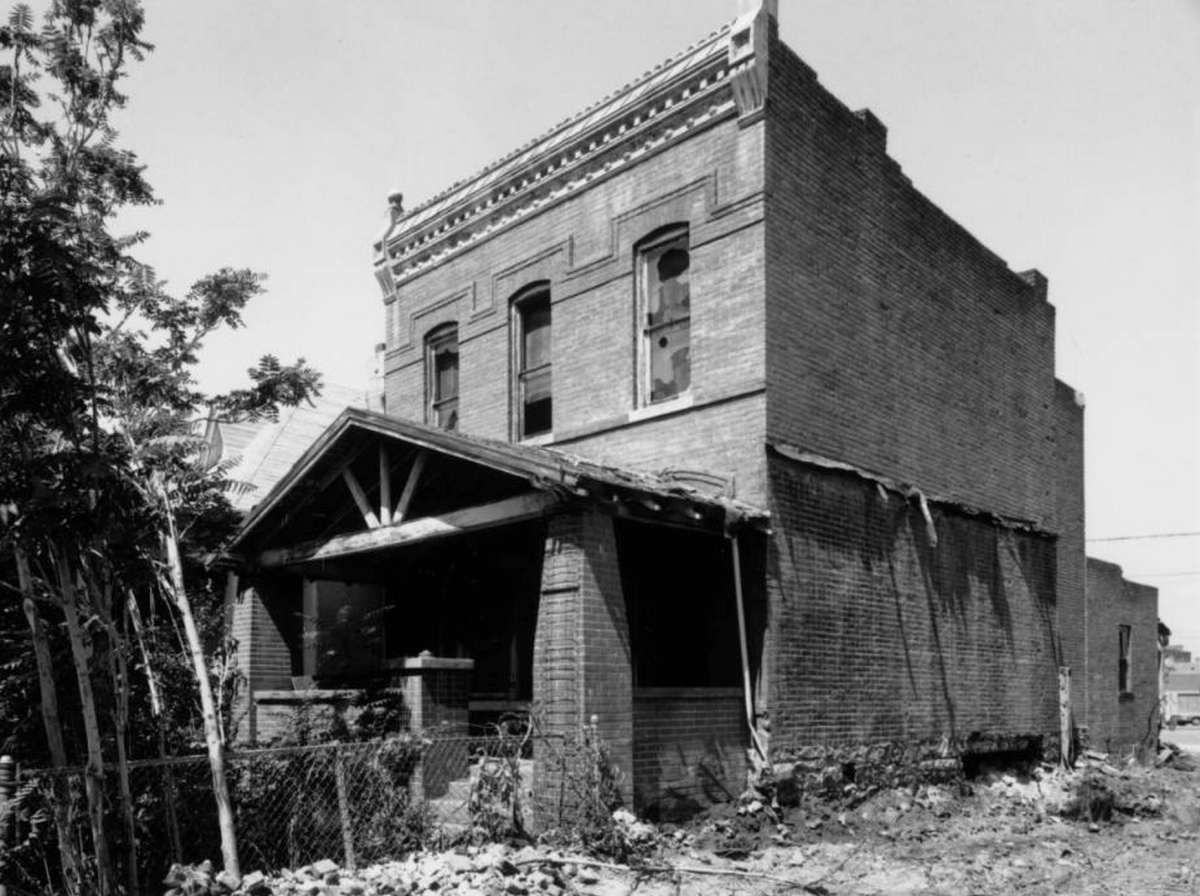 The Justina Ford house in 1983. (Photo from the Denver Public Library Archive.)

In the 1980s, urban renewal programs led to the razing of sections of Denver. The Justina Ford house, shown above, was headed for the wrecking ball. Where anyone else might have seen a disaster that couldn’t be saved, the directors of the Black American West Museum saw a great opportunity. The front porch was torn off, the house was hoisted up on hydraulic jacks and set on a large truck bed, and it was moved from 2335 Arapahoe St. to 3091 California St., where it stands today. 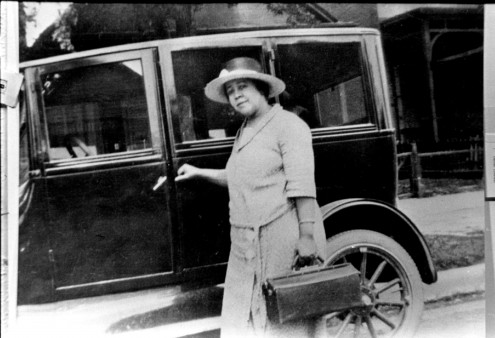 Dr. Justina Ford studied in Chicago and practiced briefly in Alabama before moving to Denver in 1902. (This photo is from a February 6, 2015 article in the Denver Post.)

Dr. Justina Ford was the first female Black doctor in Denver. She moved to the city in 1902 and applied for a local medical license, but was denied. She had two strikes against her. She was Black. And she was a woman. Every year Ford would apply, filling out the paperwork and paying the fee, and every year the organization turned her down. 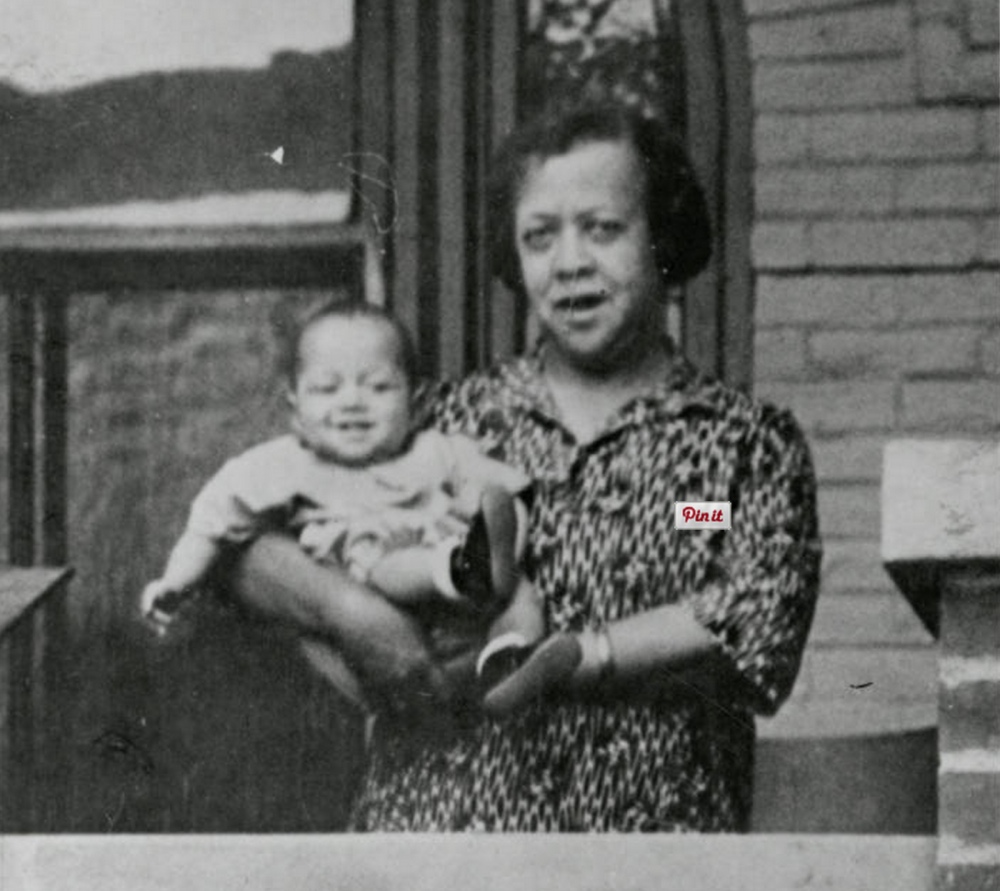 Dr. Justina Ford with one of the 7,000 babies she delivered in her lifetime. (Photo from the Denver Public Library Archive.)

But that didn’t stop her from caring for the people around her. Just as she had been turned away from being recognized as an accredited doctor, so too others in Denver were being turned away from doctors’ offices because they were Black, Mexican, Jewish, or new immigrants. So Dr. Ford cared for these people, mending their wounds and delivering their babies. By the end of her career, she estimated that she had delivered 7,000 of the neighborhood’s children. 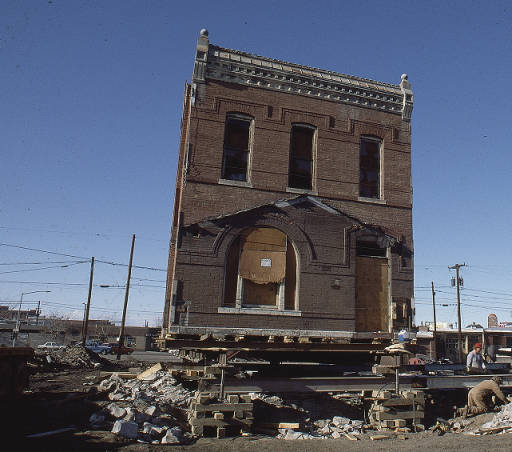 The Justina Ford house on jacks, ready to be moved. (Photo from the Denver Public Library Archive.)

But after Dr. Ford’s passing in 1952, her house was left empty and grew increasingly dilapidated. When, in the early 80s, it became clear that the house was going to be torn down, those that remembered Dr. Ford rallied to preserve the house that had been such an integral piece of the Five Points community’s history. Once relocated, the house has become an important artifact in the Black American West Museum, helping to tell the story of Black history in the area, while also housing the museum. 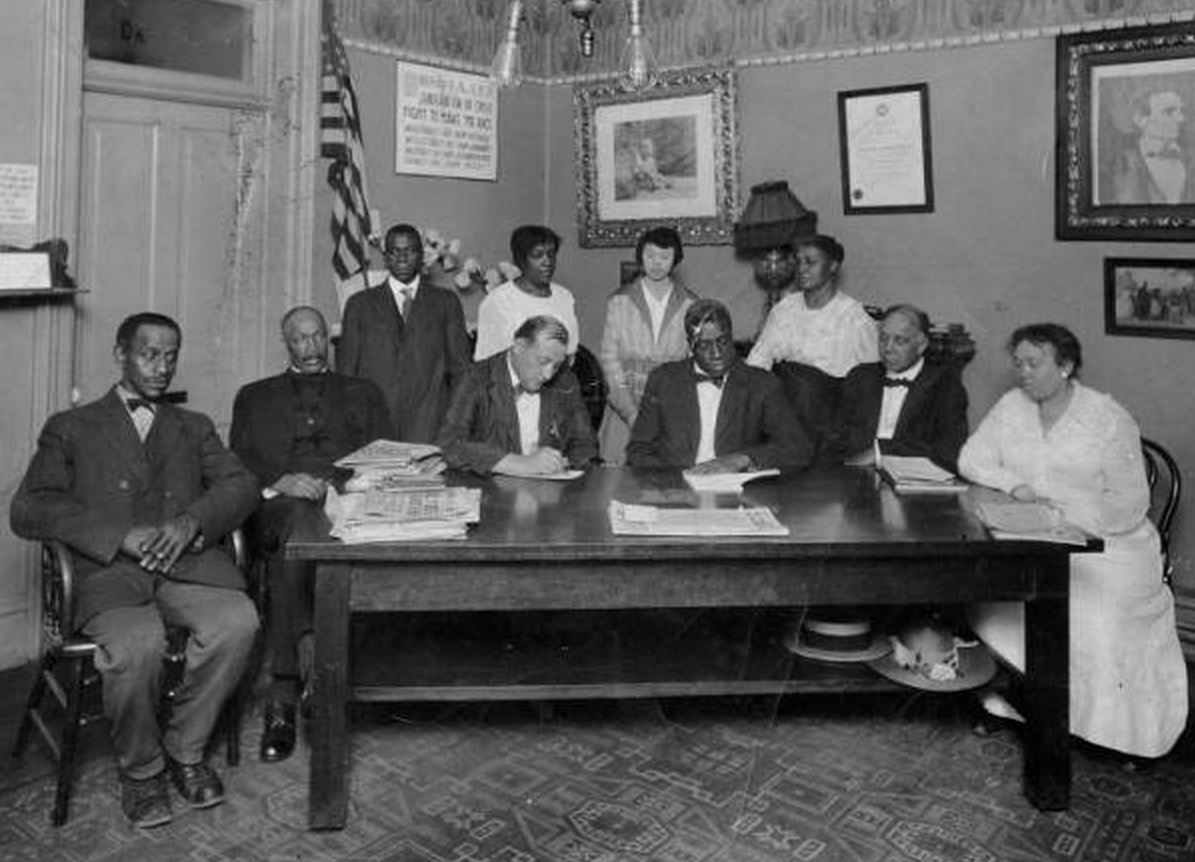 I visited the museum last week and found it to be well worth the visit. Although it had several rooms full of the stuff of pioneering days, what really captured my attention were all of the photos along the walls. Anyone who has been reading Forgotten Fort Collins for the past year probably knows by now how much I love a good story. And every single photo along the wall seemed to contain exactly that. There were stories of early homesteaders in Wyoming, of rodeo shows and ranchers, of cowboys and Natives and wild frontiers. 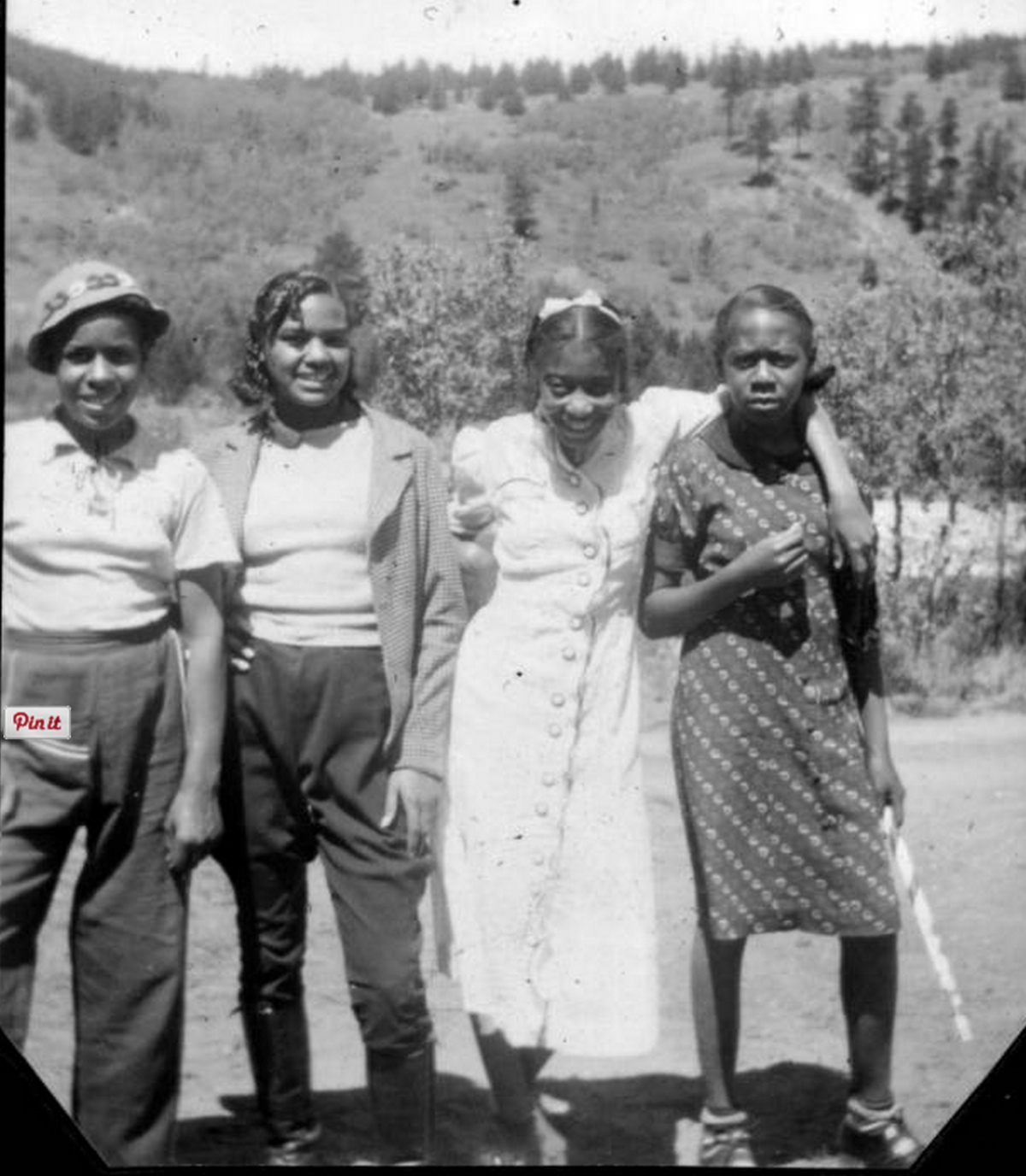 I’ve been to the Museum of Tolerance in Los Angeles and to the Museo de las Tres Colonias here in Fort Collins. I’ve lived in Detroit for four years and attended more MLK Day events than I can count. And you know what every single one of these places or events has in common? They all focus on the pain and the hardship of the struggle. When you leave you want to have hope, but you’re left being overwhelmed by the immensity of the issues and the perpetual struggle of race.

But what I found to be so utterly refreshing about the Black American West Museum was that despite there still being plenty of hardship to complain about (Denver had one of the largest KKK chapters in the country in the 1920s.), the focus was on people. Rather than wrapping every story around the pain of prejudice, these stories burst with the ups and downs, the accomplishments and the struggles, the hopes and dreams of people. This museum isn’t a monument to victimhood. Instead it’s a wonderful legacy to a strong and vibrant Black community in the West. It doesn’t diminish the struggle that the community has had to push through, but it also doesn’t glorify the pain. The focus begins and ends on the stories of people – a pioneering, innovative, entrepreneurial, hard working, persevering, brave and passionate people. 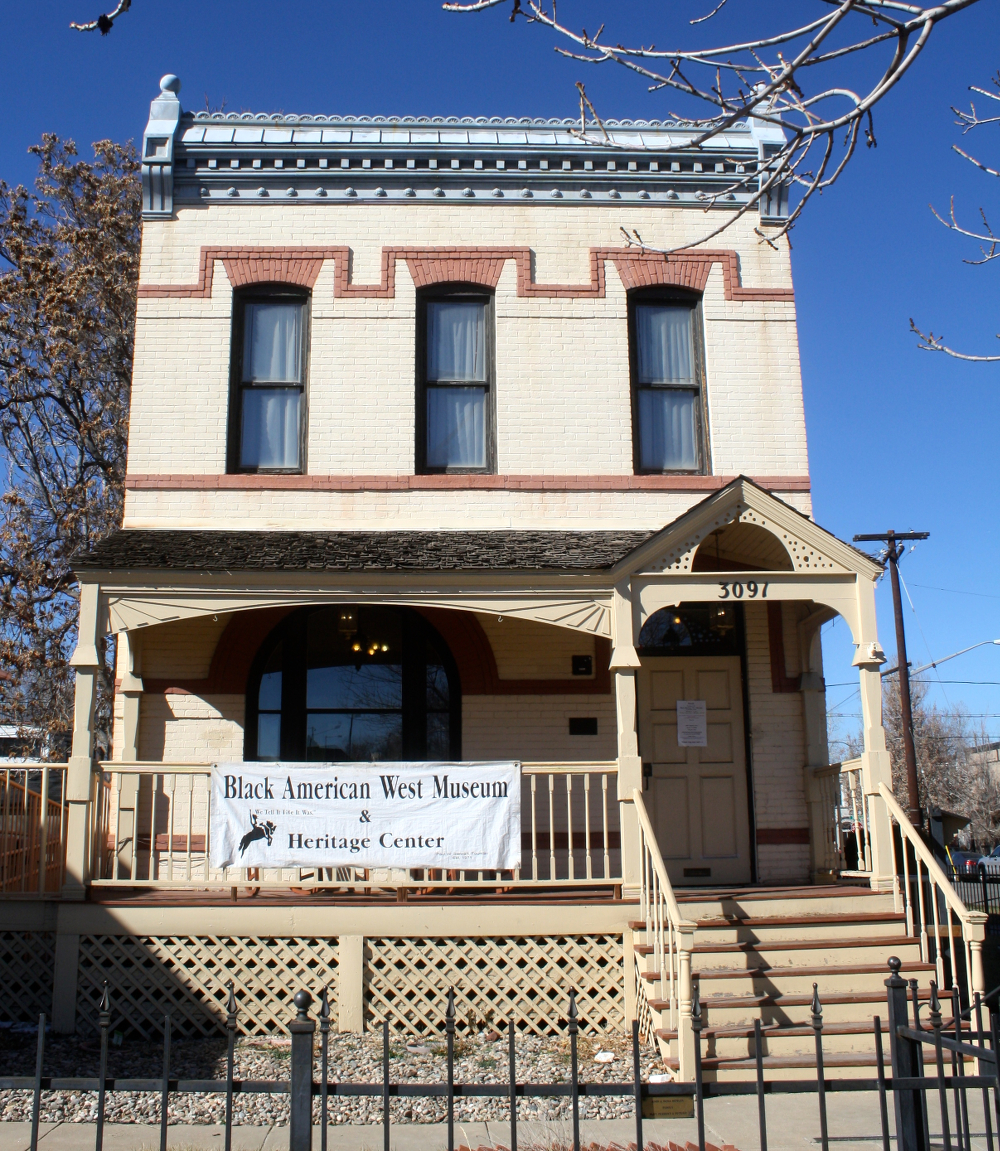 The museum is open on Fridays and Saturdays from 10am – 2pm. Click through to the museum’s website for information on admission prices, address, and directions. I was pleased at how straight forward it was to reach the museum from the highway (Get off I-25 at the I-70 exit east and then take the first exit at Washington Street.) and that street parking was easy to find.

I’ve barely mentioned any of the exhibits in the museum, but I’ll leave them for you to discover yourself. If you have the time, be sure to watch the videos on the Denver music scene and on the Dearfield community near Greeley. And I’d definitely encourage you to stop and talk to whoever is volunteering at the museum while you’re there. I spoke with Terri Gentry and not only was she a wealth of information, but her family is also represented in some of the displays, which really brought home that many of these are local stories. They’re Colorado’s stories.

I encourage you to step into the world of early Denver through the eyes of the Black pioneers, shop keepers, doctors, campers, rodeo men and cowboys, and see a side of Western history that has long been ignored.

The photo of the Stepp family in front of their Wyoming home, taken in 1905, is from the American Heritage Center at the University of Wyoming — 100902.

Quote from Paul Stewart regarding the Black cowboy he first met in Denver is from the article on him in Encyclopedia.com.

The photo of the Q. J. Gilmore business is from the History Colorado Archive — PH.PROP.12.

The photo of Justina Ford holding the baby is from the Denver Public Library Digital Collection.

The photo of the four mounted horse men is from the Denver Public Library Digital Collection — X-21562.

The photo of the early NAACP meeting is from the Denver Public Library Digital Collection — WH1270.

The photo of the four campers is from the Denver Public Library Digital Collection — ARL-177. (Can you tell that the Denver Library is a really great public resource? I expected to find most of the photos for this article in the History Colorado archive. … nope. Didn’t happen.)

General information about Paul Stewart and Justina Ford came from the self-guided tour flyer that is available at the entrance of the museum as well as from my talk with Terri Gentry.