On July 18th, the City of Loveland held a small ceremony to recognize the new Downtown Loveland Historic District, which was added to the National Register of Historic Places in March 2015. At the ceremony, the new plaques which stand at the edges of the district were officially unveiled. Loveland’s mayor, Cecil Gutierrez, was in attendance, as were several members of the Historic Preservation Commission. 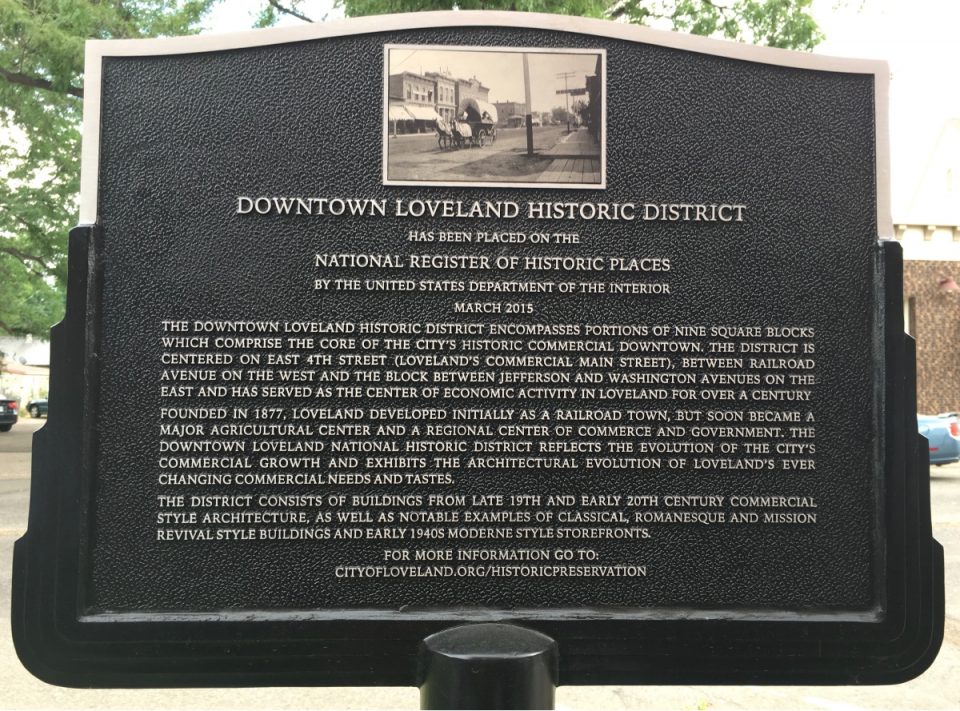 Three plaques stand at the boundaries of the Downtown Loveland Historic District.

The chair of the Historic Preservation Commission, Jon-Mark Patterson, gave a short presentation about the creation of the historic district.

Although a grant was procured by the City in 2009 to have the downtown area surveyed, the idea was met with resistance, the survey was never begun and the grant money was returned. However, in 2013, another grant was awarded to the City thanks in large part to the work of Bethany Clark and Nikki Garshelis. Local businessman and owner of several historic buildings, Barry Floyd, also helped a great deal to make this historic district a reality.

Carl McWilliams was hired to research the history of the buildings and write up the survey reports on each one. The work was completed in 2014 and by March of the following year, the word came back that the National Park Service had approved placing the Downtown Loveland Historic District on the National Register of Historic Places. The official documentation arrived in June of 2015. 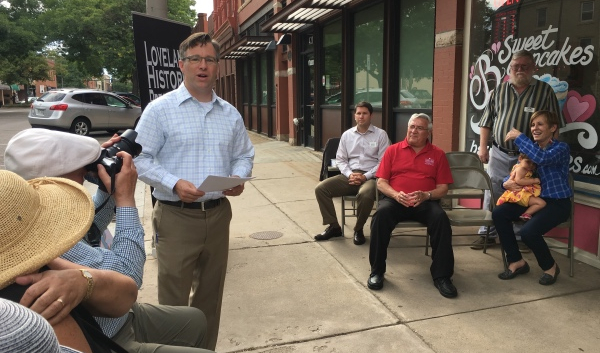 The Historic Preservation Commission raised the funds for two of the three plaques that were placed at the edges of the historic district. The third was paid for by the Loveland Downtown Partnership. 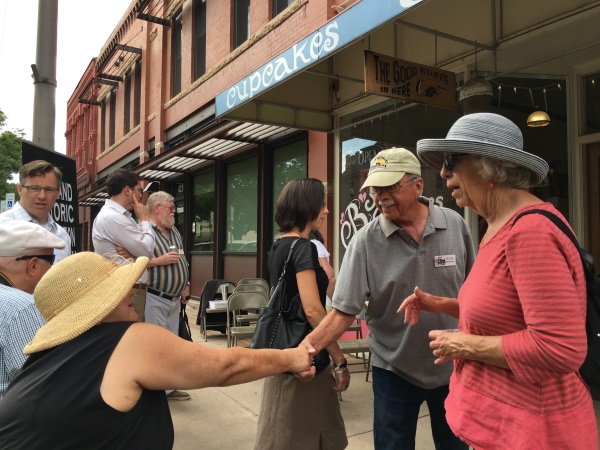 People chatted before and after the presentation.

There is also one historic object within the district. In front of the Brannan Brothers Jewelry Store at 239 East 4th Street is the Loveland Street Clock, which was installed in 1910. 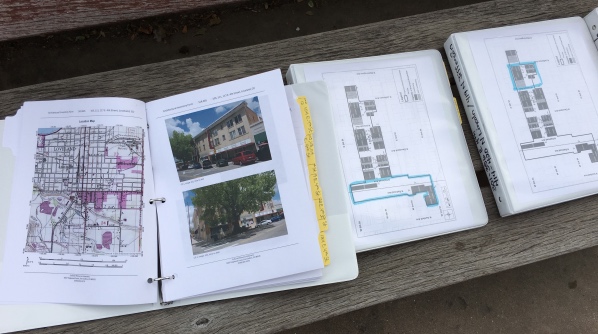 There were several binders at the event that included the survey information that was completed on each building in the district. This information is also online.

A huge advantage of having a historic district is that now federal and state grant money and tax incentives are available to the owners of these buildings. These financial incentives can be quite substantial and can make the difference between barely maintaining a building and doing a complete restoration project. And as we’ve seen with the Old Town Historic District in downtown Fort Collins, people love old buildings. They give a sense of permanence, value, authenticity, and even a bit of Wild West mystique and they provide a draw not only for locals to come and shop and dine in the area, but it can be a huge draw for heritage tourism as well. 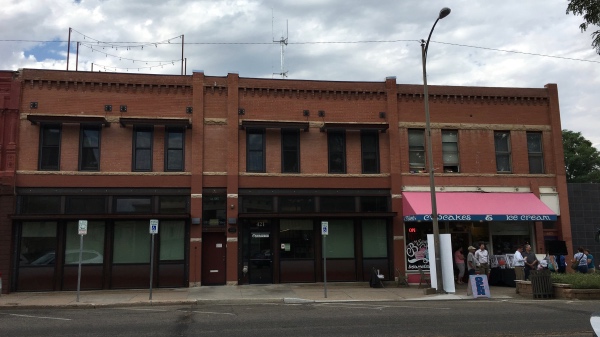 Congratulations, Loveland! You have a beautiful downtown historic district. May it continue to be restored and adored over the years to come.

The National Register of Historic Places registration form includes the histories of each historic building within the district as well as a map of the boundaries of the district and some lovely old photos of downtown Loveland.

There are also a couple of prior Forgotten Fort Collins posts that talk about the Downtown Loveland Historic District: