Christmas is coming, the goose is getting fat.
These ads are from newspapers in Fort Collins’ past.

I’ve flipped through a couple of old newspapers, clipping out old Christmas ads from December 22, 1916 (Fort Collins Weekley Courier) and December 18, 1922 (Fort Collins Courier). (I didn’t pick these dates for any particular reason. I just happened upon them and they had some great ads to share.)

All of the following ads were accessed via Colorado Historic Newspapers. 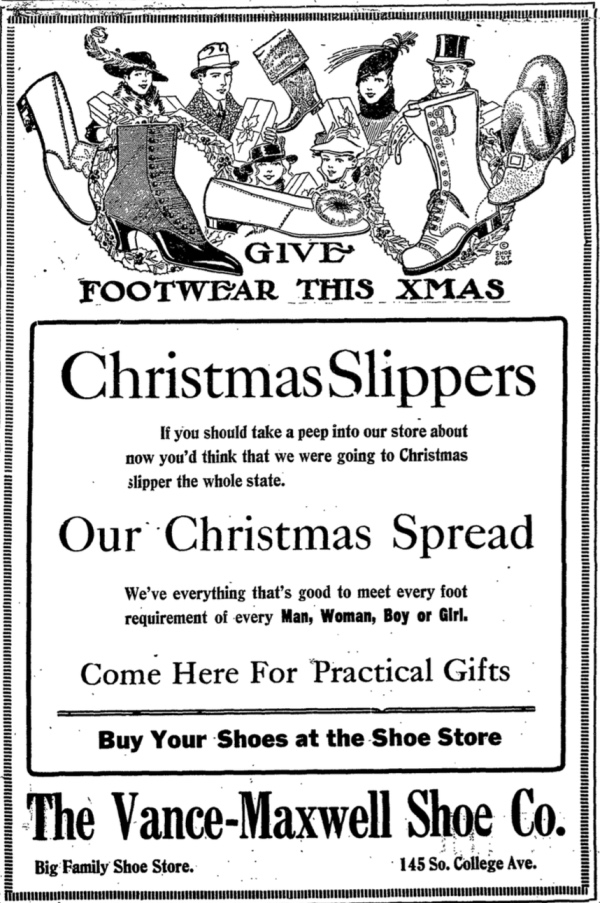 The Vance-Maxwell Shoe Company was in the Colorado Building on S. College (about where Old Chicago Pizza is today) which was a fairly new building at the time. (1916) 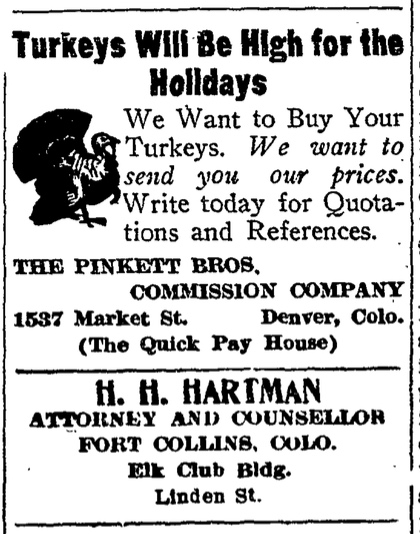 The heading on the turkey ad takes on new meaning in today’s Colorado. It’s also interesting to note that they were buying, not selling. (OK, so they were probably also selling. But in this ad, they were getting the word out to turkey farmers that they had money to spend.)  (1916) 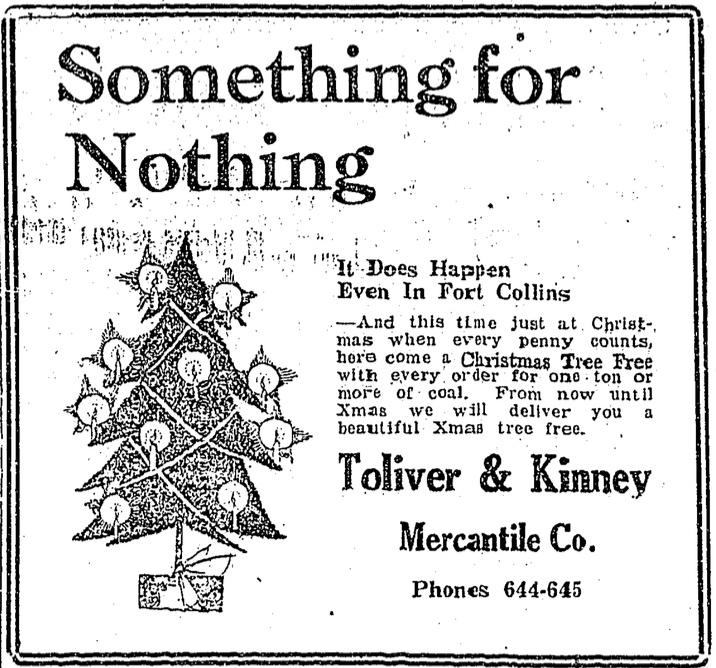 You could get a free Christmas Tree when you ordered a ton of coal from Toliver & Kinney’s Mercantile Company. (1922) 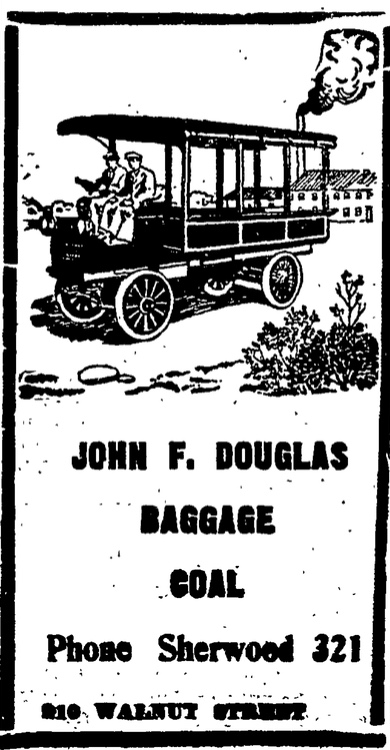 Many people must have heated their houses with coal in 1922. This isn’t a Christmas ad, but I thought the coal buggy was pretty nifty looking. 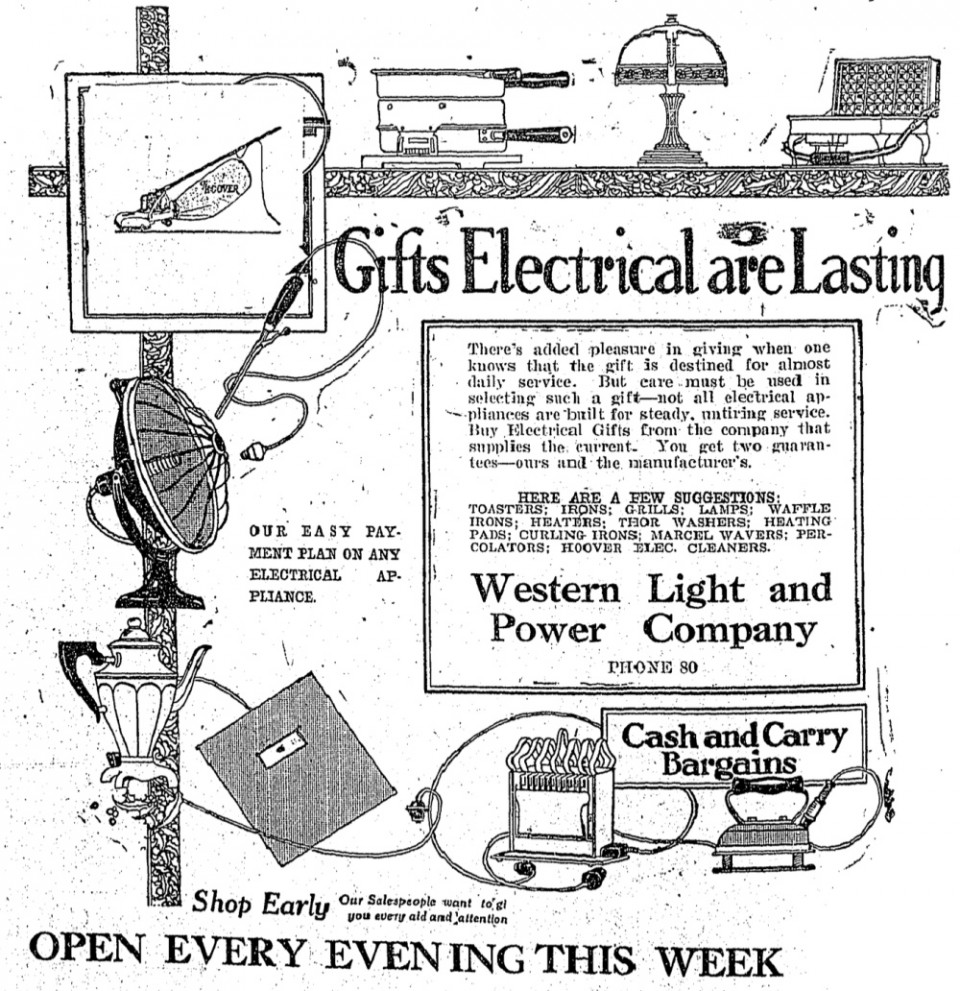 The electric company used to also sell appliances, the better to keep you using the electricity they provided. This 1922 ad from Western Light and Power shows several “lasting” appliances that look rather different today. (The toaster and iron in particular.) 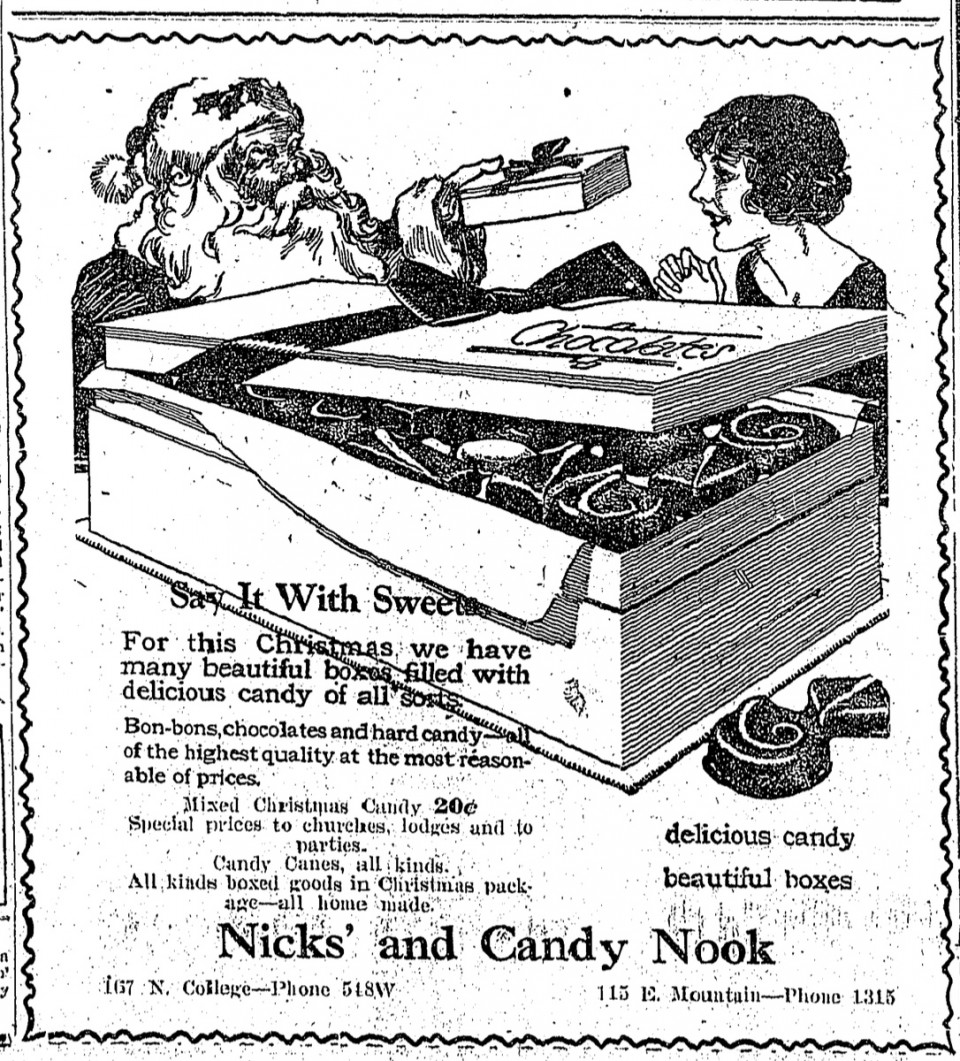 The Candy Nook on E. Mountain was one of the few ads that included an image of Santa. The shop was located in the Kissock building, where Blue Harvest Apparel is today.  (1922) 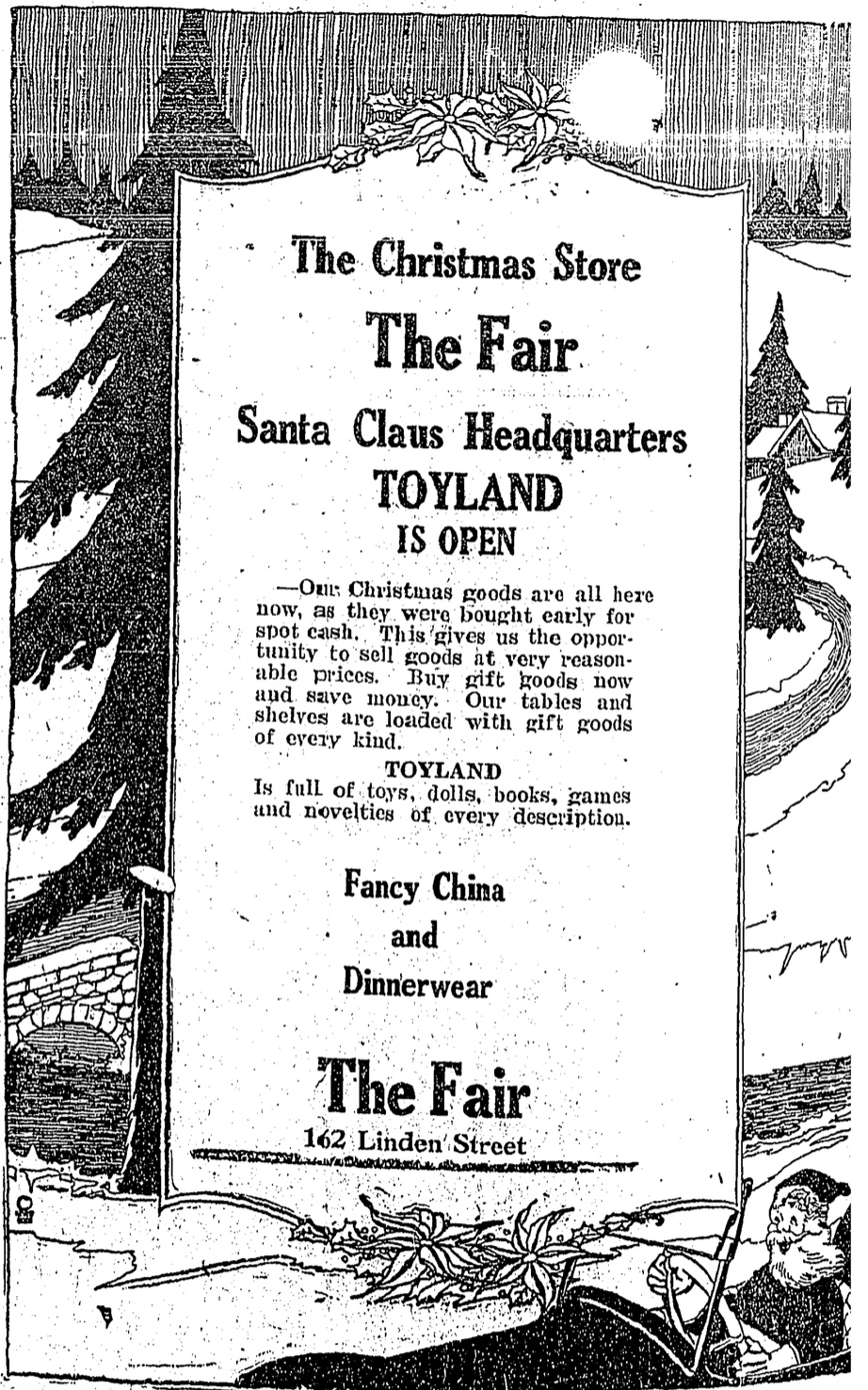 The Fair was located in the Miller Building (which is the building where the Little Bird Bakeshop, Science Toy Magic, and the Bondi Beach Bar are located today). Don’t miss Santa in the lower right hand corner. (1922) 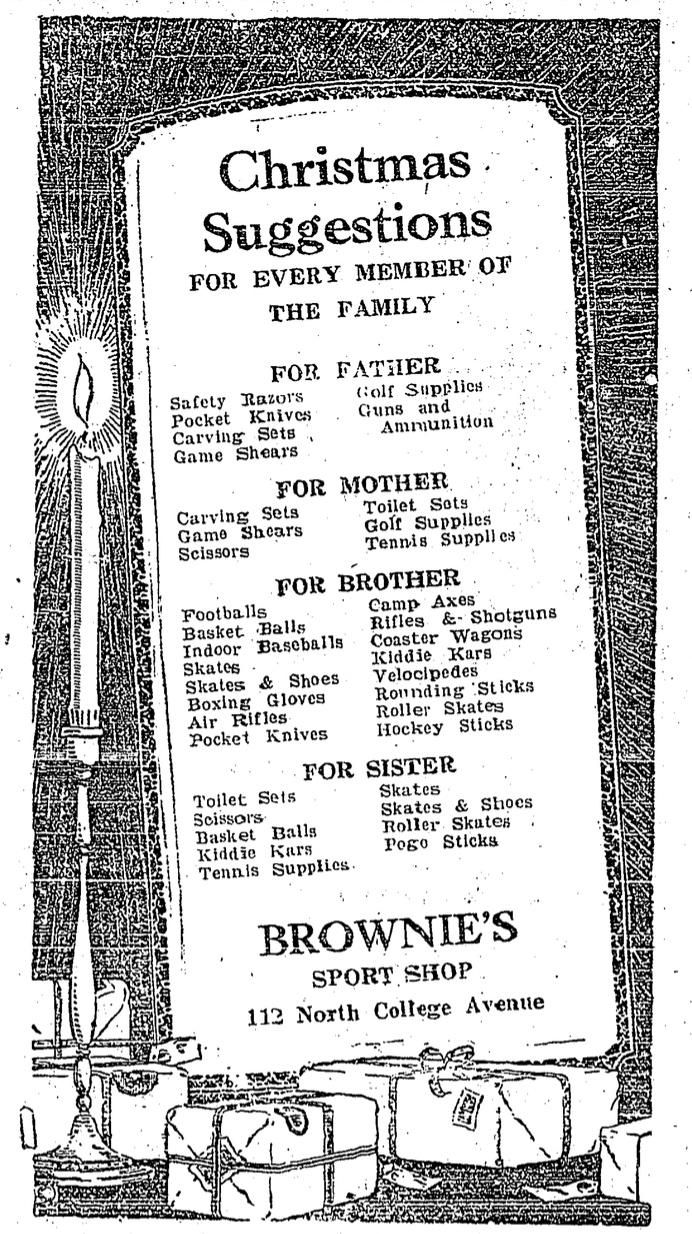 This list gives a sense of what kinds of gifts people got and gave back in the day. Note how many more ideas are listed for brother than anyone else. Brownie’s was located where Alpine Arts is today. (1922) 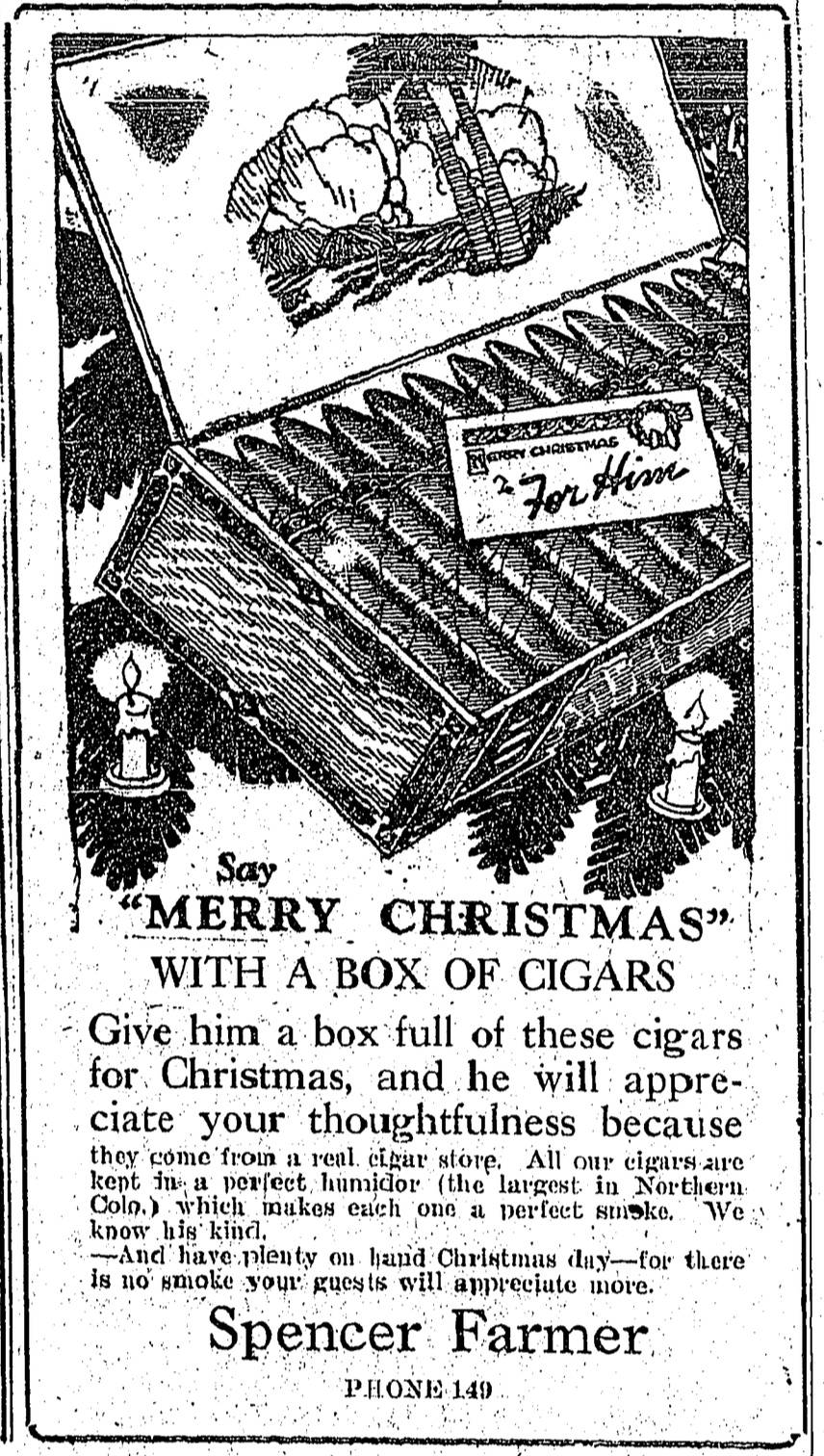 Note the short phone number for Spencer Farmer. And no address is given which makes me wonder if these cigars were being sold out of Spencer’s house. (1922) 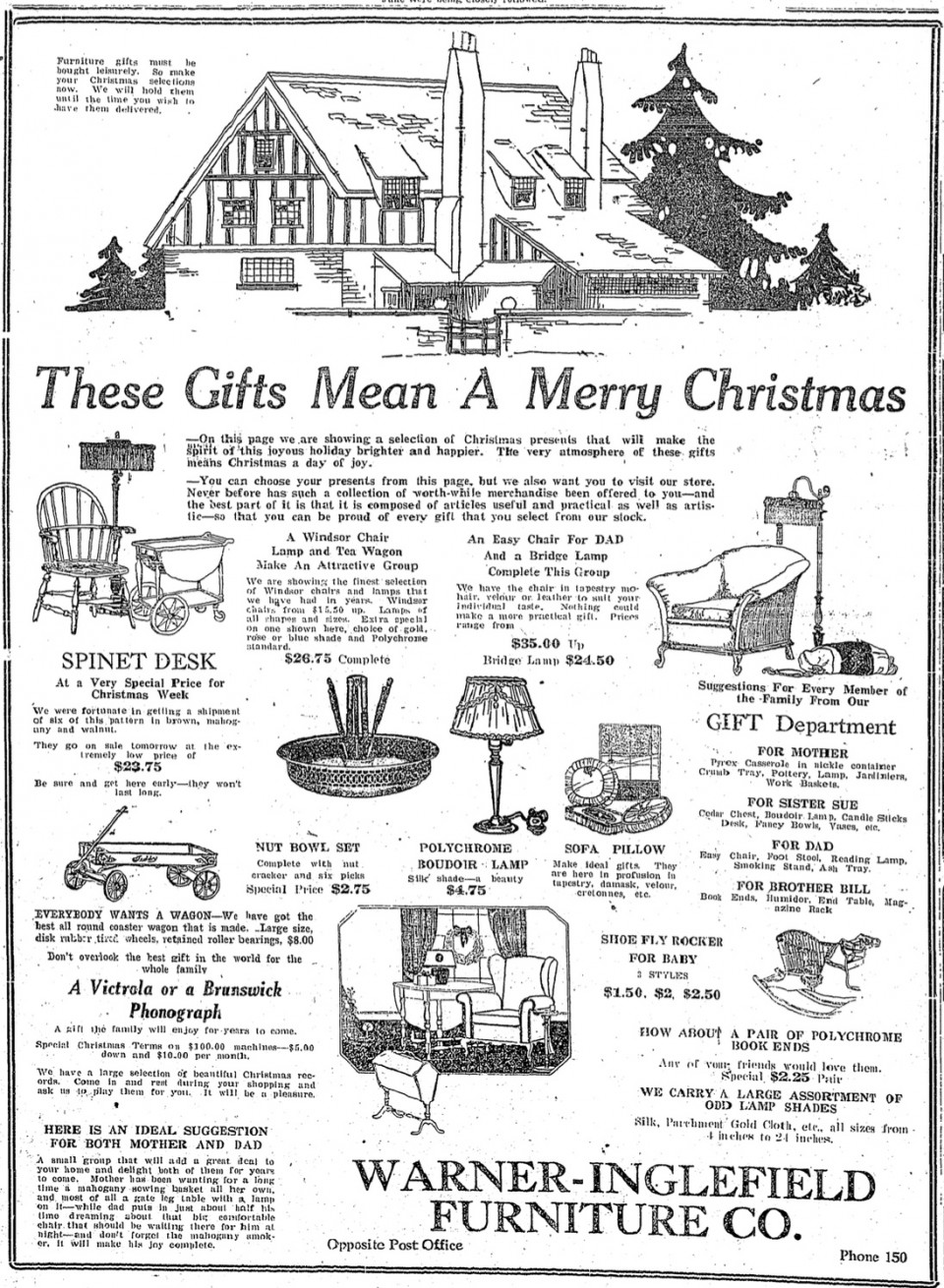 And if all else fails, there’s always furniture. Note the victrola or phonograph listed at lower left. The Warner-Inglefield Furniture Company didn’t bother including an address. Instead they listed their relationship to one of the best known landmarks in town, the Old Post Office (where the Fort Collins Museum of Art is today).  (1922)

I hope that you have a wonderfully relaxing holiday. And if you’re getting together with family, I’d like to encourage you to spend some time talking about the “old days.” If you’re on the younger side, then grab a pen and paper and write down the stories of your parents or grandparents. And if you’re on the wiser side, then take this opportunity to tell your kids and grandkids what life was like when you were young. Every family is rich with history and holidays are a great time to capture some of that on paper or in film.