If you’ve ever eaten at the FoCo Cafe, then you’ve been inside of the old local office/warehouse building of the Continental Oil Company. This unassuming building is not only home to one of Fort Collins’ most innovative lunch spots, but it’s also on its way to becoming a local historic landmark.

Founded in Ogden, Utah in 1875, the Continental Oil and Transportation Company imported kerosene by railroad for pioneers in the West. Owned for a short while by Standard Oil, the Continental Oil company was spun off again in 1913 when the Supreme Court decided that Standard and Continental together created an oil monopoly. It was at about the same time that the two companies were separating that the Continental Oil company bought some land in Fort Collins and began to set up shop right along the Colorado & Southern Railway. Though there are no tracks there now, there used to be a siding (a low-speed section of connecting track) that ran along the east side of the property (where the alley is now). 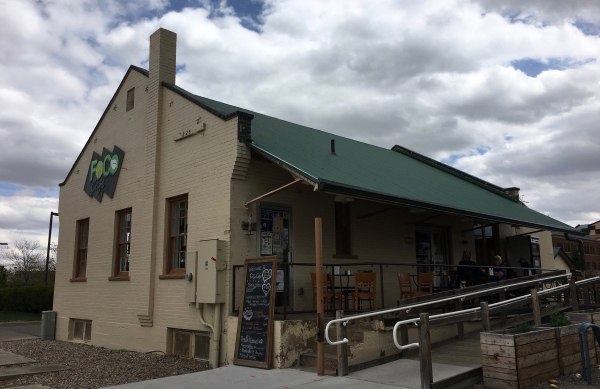 The FoCo Cafe entrance is on the west side of the building. The day’s menu is always posted on the chalk board outside.

Then the site remained vacant for a few years. The City purchased the property in 2008 and began leasing the old office/warehouse building to the FoCo Cafe in 2014. 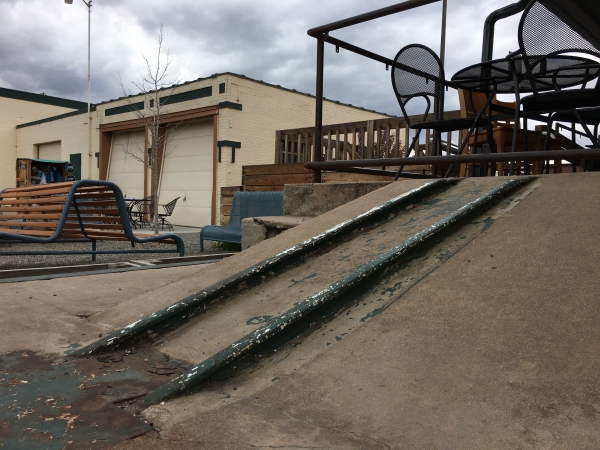 Where barrels were rolled along the south side of the office/warehouse building.

In 2016, the City began researching this property along with two others — the Dairy Gold Creamery building at 212 Laporte (which now houses the Butterfly Cafe) and the municipal building at 300 Laporte — in order to document their history and their value as resources within our community.

On April 19th, these three properties came before the Landmark Preservation Commission which unanimously recommended approval of these buildings as local historic landmarks. 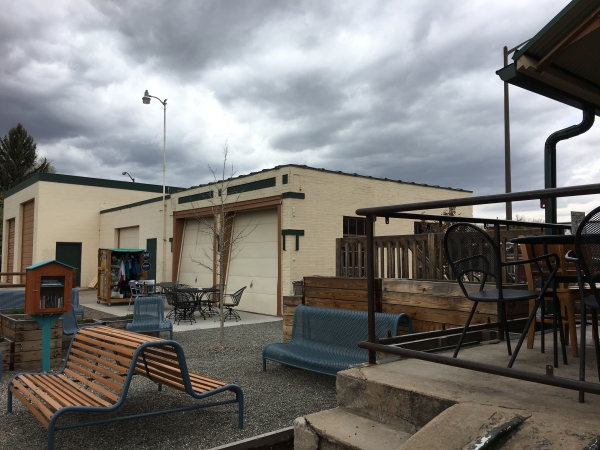 Between the historic garage and the office/warehouse is now a courtyard where diners can eat when the weather is agreeable.

The next step before these properties can be listed on the local register is for the City Council to give their imprimatur, though a date hasn’t yet been set for these items to come before them. 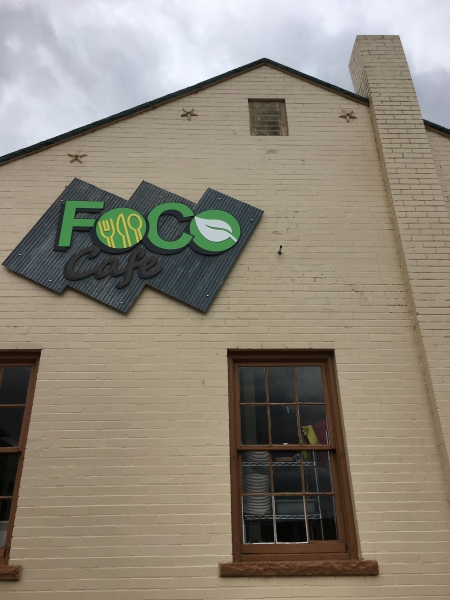 “FoCo Cafe” stands for Feed Our Community Ourselves.

The Continental Oil Company property is a great example of structures that tell a story about our community’s history without being particularly grand or ornate. When we think of historic preservation, our thoughts often turn to buildings such as the Avery house, or even the Avery Block downtown (where the Kitchen is now). We think of the Linden hotel at the corner of Walnut and Linden or the Miller Block along Old Town Square. It’s not often that we think of the more common buildings. They don’t jump up and down and shout “look at me” in the way that some more ornamented buildings do. Yet they’re still an integral part of the story of who we are. 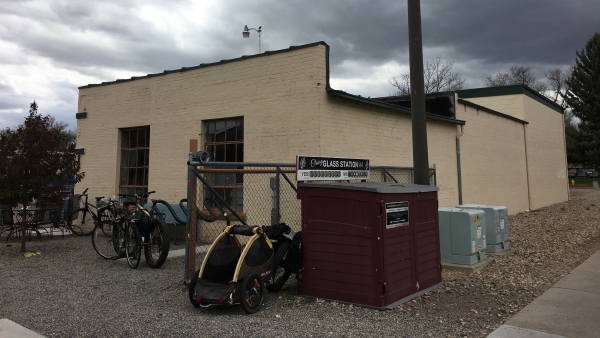 The historic garage acts as a bookend to the cafe space.

The Continental Oil buildings might not be fancy, but they’re comfortable. When you’re sitting inside enjoying a bowl of soup, a salad, and a somewhat addictive corn muffin, you feel right at home. There’s something authentic and real feeling about the place. Between the atmosphere of the cafe and the embodied history of the building, there’s a sense of graciousness, of welcome, and of belonging. 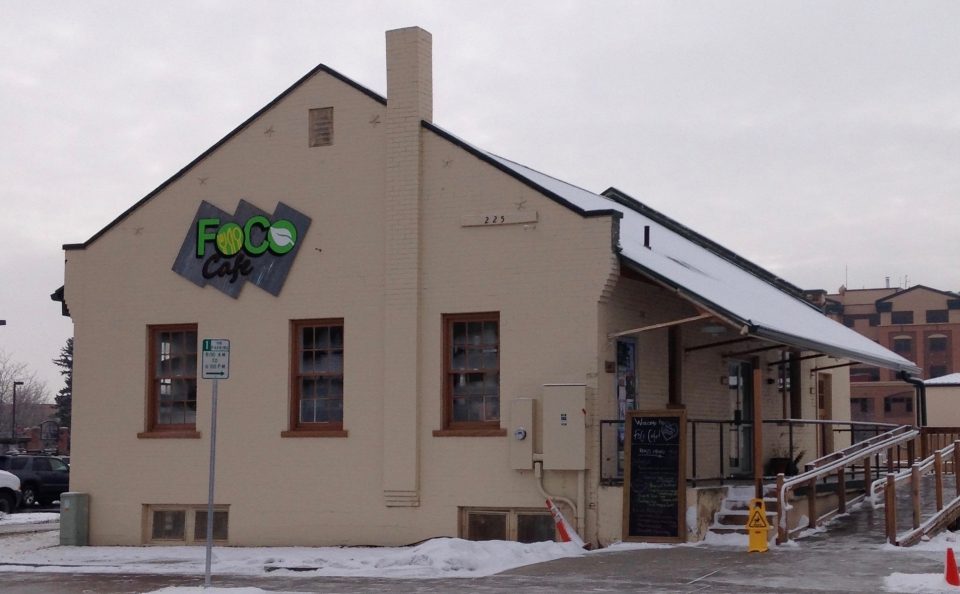 The City has put together a short video about the office/warehouse building where the FoCo Cafe is today. In this video you learn more about the cafe, and the way this unassuming historic building acts as a gentle host to the activities that take place there each day.

I am indebted to Cassandra Bumgarner for this article. Cassie wrote the application for Fort Collins landmark designation for this property which means that she did all the research and wrote out the history of this property for that document. I simply pulled details from what she had written to share them with you.

If you would like to read the entire text of what Cassie wrote, I’d encourage you to check out the Landmark Preservation Commission agenda for April 19, 2007. There is also a map that shows just how many rail lines and sidings and what-have-you running through that area at the time. Mason wasn’t really a street for cars back in the day. It was distinctly a road for trains.