Crossing the Plains in 1862

While flipping through the May 20, 1923 Fort Collins Express, I came across an article entitled, “Crossing the Plains in 1862 by Mrs. W. D. Taft.” The story was a reprint of a reading that Mrs. Taft gave to the Pioneer Association (an organization that is still around today) at their annual banquet in 1910. 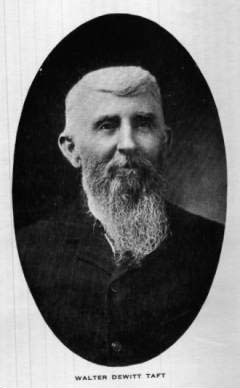 This portrait of Walter D. Taft is from the Fort Collins Archive. The Taft brothers were distantly related to President William Howard Taft. Taft Hills Road was named for the local Tafts and not for the president.

Rather than telling her own story of crossing the plains, as Mrs. Coy had done at the 1909 Pioneer Association banquet, Mrs. Taft gave more of an overview of what such a trip was like.

First, you’d take either the railroad or a steamboat as far west as you could travel. That generally meant getting as far as the Missouri river. From there,  the rest of the trip would be much slower going. Pioneers often began their westward trip across the Great Plains in St. Joseph, Missouri; Fort Leavenworth or Atchison, Kansas; Council Bluffs, Iowa or Omaha, Nebraska.

“From these points the travelers going to ‘Pike’s Peak’ were obliged to depend upon vehicles of some sort for their further progress. There were three ways to choose from — by stage coach, ox team and horse or mule team.” 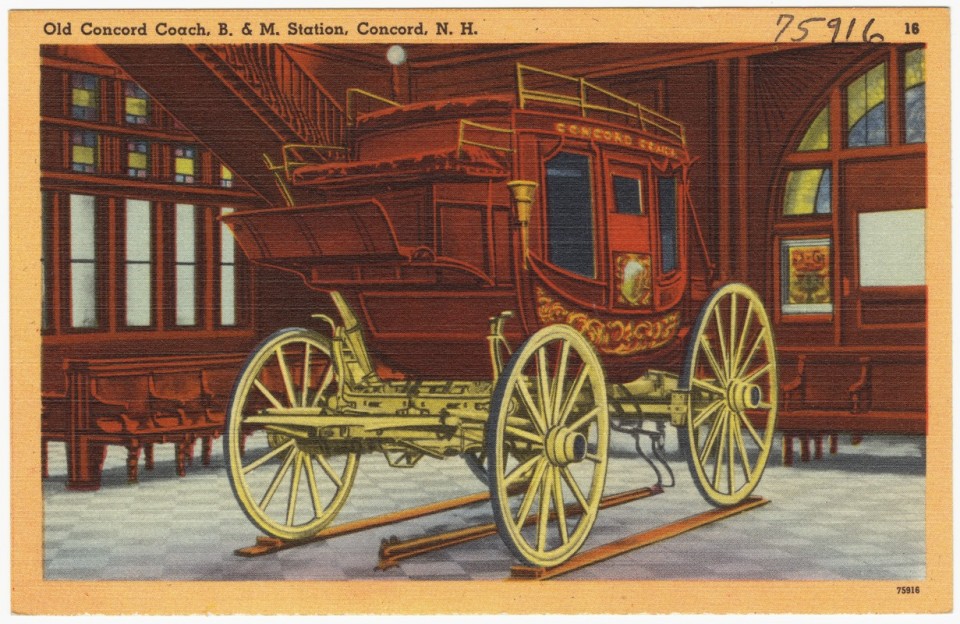 A postcard of a Concord Coach from the Boston Library.

The stages were Concord coaches, which had a suspension system that converted all jolting into more of a rocking motion. For those that struggled with seasickness, it made for a horrible ride. But for all others, the swaying motion was considered “easy and pleasant.” The stage coach provided the fastest trip, taking about six days of non-stop travel to get from Atchison, Kansas to Denver (about 700 miles). The cost of a trip was $75… until “the Indian troubles” began, at which the price went up to $175. Baggage was limited to a 25 pound load, along with anything you might need to eat or a blanket to keep you warm. Seats fit three across and you really didn’t want to get stuck in the middle because then you’d have nothing to lean on to sleep at night.

“The coaches were drawn by four horses which were changed every ten or twelve miles at ‘swing stations.’ They stopped at the ‘home stations’ for meals, which cost $1.50. The menu was decided upon by the stage company and consisted of bread, meat, beans, dried apples, coffee and the ‘four seasons.’ Sometimes there were potatoes and, as I remember, canned milk, though I am not sure. I know they did not always have fresh milk. The quality of the meal depended upon the cook. A good cook’s reputation as such was known for miles. Our Mrs. Taylor was famous far up and down the line for her neat and attractive dining room and her excellent table, at which was served various kinds of bread, coffee made to perfection and the variety of things she knew what to do with beans and dried apples.

The other two methods of crossing the plains were cheaper than the stage coach. Anyone traveling without a lot of baggage or freight would generally find a mule or horse train for about $30 (up to $85 during the “Indian trouble”). This price included board along the way. It took about thirty days to get from St. Joseph, Missouri to Denver. 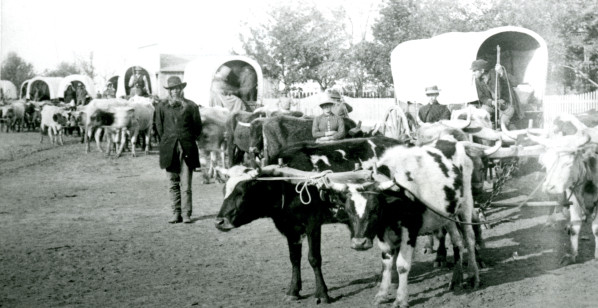 Oxen drawn covered wagons. This photo is in the Fort Collins Archive historical collection – H03387.
The archive doesn’t list who is in the photo.

For a family that wasn’t just traveling but was moving out west with all of their belongings, an ox team was slower, but much cheaper than taking mules or horses. No feed needed to be carried for oxen, who were content to eat whatever grass they could find. But horses needed grain, which either needed to be hauled, leaving less room for other items, or it had to be purchased along the way. It took about six weeks to get to Denver by ox team. They traveled about two miles an hour, slower than the average person can walk.

At first, until the Indian troubles began in ’64, all wagons were driven independently. After that all wagons were stopped by the U. S. military at Fort Kearney coming west, and at Camp Wardwell (now Fort Morgan) going east, until there was a number of armed men considered sufficient for their own protection ; then they were allowed to proceed. At first a dozen men were considered enough, but later the number was increased to fifty and more until after a while the people grew afraid and liked to travel in large companies. 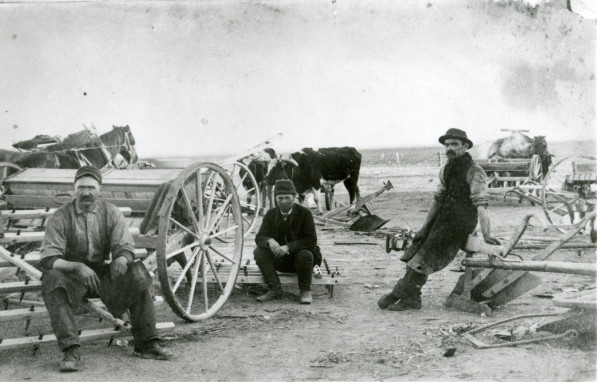 When these trains of wagons would come to a stop at night, they would be organized in a ring with horses and mules tied to the wheels on the inside of the ring. In the center there would be a communal camp fire.

The air was clear, the stars shone brighter than I ever saw them any other place. The road was a broad, beautiful driveway, a hundred feet or more in width; for miles it was level as a house floor. Traveling by wagon was far pleasanter than traveling by coach. You knew j’ou were to be a long time on the road and you soon ceased to be in any hurry; you were at home whenever night come. Then when the journey was done you felt as though your occupation was gone and a pleasant epoch was ended.”

The image of the Concord Coach is from the Boston Library Digital Commonwealth collection.

The photos from the Fort Collins Archive are all labeled except for the portrait of Walter Taft which comes with the simple call number of “Taft_Walter.”

The excerpts of Mrs. Taft’s talk came from the Fort Collins Express of May 20, 1923 as found on Colorado Historic Newspapers. Her talk was also published in Ansel Watrous’s book, The History of Larimer County, published in 1911.