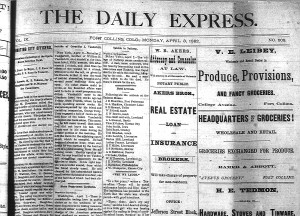 On this day in 1882, the results of the city wide election were announced. George S. Brown was elected mayor; Frank Stover was elected recorder; and Franklin Avery was elected treasurer. There were also four council men (also called aldermen) elected: Abner Loomis, H. E. Tedmon, Jay H. Boughton, and W. F. Watrous. Brown, Watrous, and Boughton had all run for the mayoral position and the initial count of votes was so close that they had to hold a second round of elections for the position. Boughton decided to step out of the running, and so Brown took 104 votes to Watrous’s 83. The number of votes certainly gives a sense of the size of the population of Fort Collins at the time.

The news of Cornelius Vanderbilt’s suicide in New York was also front page news. Cornelius Vanderbilt was a railroad tycoon and also the founder of Vanderbilt University. Despite his financial fortunes, he apparently suffered from fits of epilepsy and so took his life in order to escape from his illness.

There was also a suicide in Nathrop, Colorado. Clearly it was a downer day in the news unless you had just won the election. 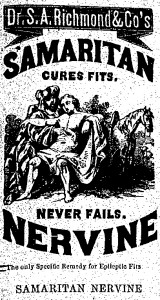 Lots were available for purchase in the new Doty & Rhodes subdivision in town. They were cheap and could be purchased on an installment plan, making them ideal for low income earners. This addition was later subdivided and we now refer to it as the Capitol Hill addition and the West Side addition. (This includes the area east of Wood street between Vine and Laporte.) Houses in this area tend to be very small (under 1000 square feet) and it is likely that many of Fort Collins’ poorest working families lived in this neighborhood.

A list of all of the guests to the Tedmon House (a hotel located on the northwest corner of Linden and Jefferson where a park is today) were printed right across the front page. Can you even imagine how people would object today if their hotel stays were announced on the front page of the paper?!!

There was talk of raising the saloon license fee to $800/year. (It was eventually raised to $1000/year, which resulted in many saloons shutting down. Within a few more years, liquor was outlawed altogether.) 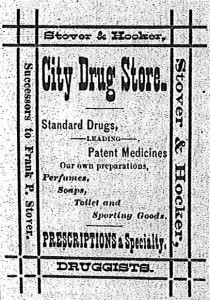 Churches generally held services both Sunday morning and evening, but evening services at the Baptist and Presbyterian churches had been canceled so that everyone could attend a temperance lecture that was being held.  The evils of drinking were clearly a popular topic in town. 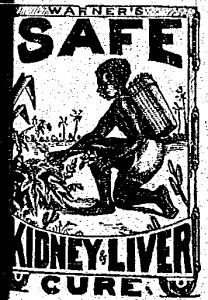 The Warner’s Safe Kidney & Liver Cure features a black man harvesting plants in a tropical location. I can only imagine that the image is meant to elicit thoughts of exotic elixirs able to cure all ills. I have to admit that I found this image startling when I first came across it. It reminds me of old drawings of Sambo and Aunt Jemima. It makes me wonder how often we draw upon exotic stereotypes today in order to sell products. 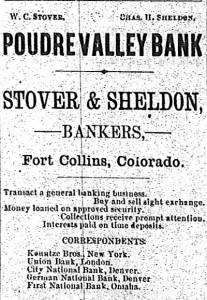 Within a year of this newspaper being published, the Poudre Valley Bank would move into its new building, where Nature’s Own currently resides at the corner of Linden and Walnut.

The newspapers of the 1800s were pretty small. This edition ran four pages long, and much of the real estate was taken up with text advertisements. Even the “news” included reminders to check out the ads on the page. Unlike the Fort Collins Standard that I looked at last month, the author of the Express didn’t use the paper as a means of trying to sell Fort Collins to prospective new pioneers. (Which makes me wonder if the author of the standard was also involved in the real estate business.) The Express focused mostly on small local concerns (like announcing the price of admission to Reardon’s Stereorama) as well as a few state and national issues.

Information on the Doty & Rhodes subdivision was gleaned from the Fort Collins History Connection website.