It seems like Fort Collins is going gangbusters these days, with Otterbox/Blue Ocean finishing up one new building and already planning the next, with Woodward Governor building a new and improved riverside campus, and with new townhouses and apartments going up like crazy all over town. But Fort Collins has seen its hard luck days as well. It was with ingenuity and pluck that many people got by.

Jim Burrill posted some reminders on Facebook recently of the entrepreneurial spirit that has been with Fort Collins since its early days. His Grandma Ruth started a business called the Dermody Transfer which helped her and her family survive the Great Depression. Jim explains, “The transfer business was primarily a delivery business but also she moved goods from one location to another. She would deliver the coal, hay and grain that my great grand-dad and uncle Fred sold out of the north side of the [Frank Collamer / Emma Malaby] store.  She operated this business during depression years and made a living at it. Ruth knew how to manage money and used the family connections to get business for the transfer. She sold the business sometime in the early 1940’s.” 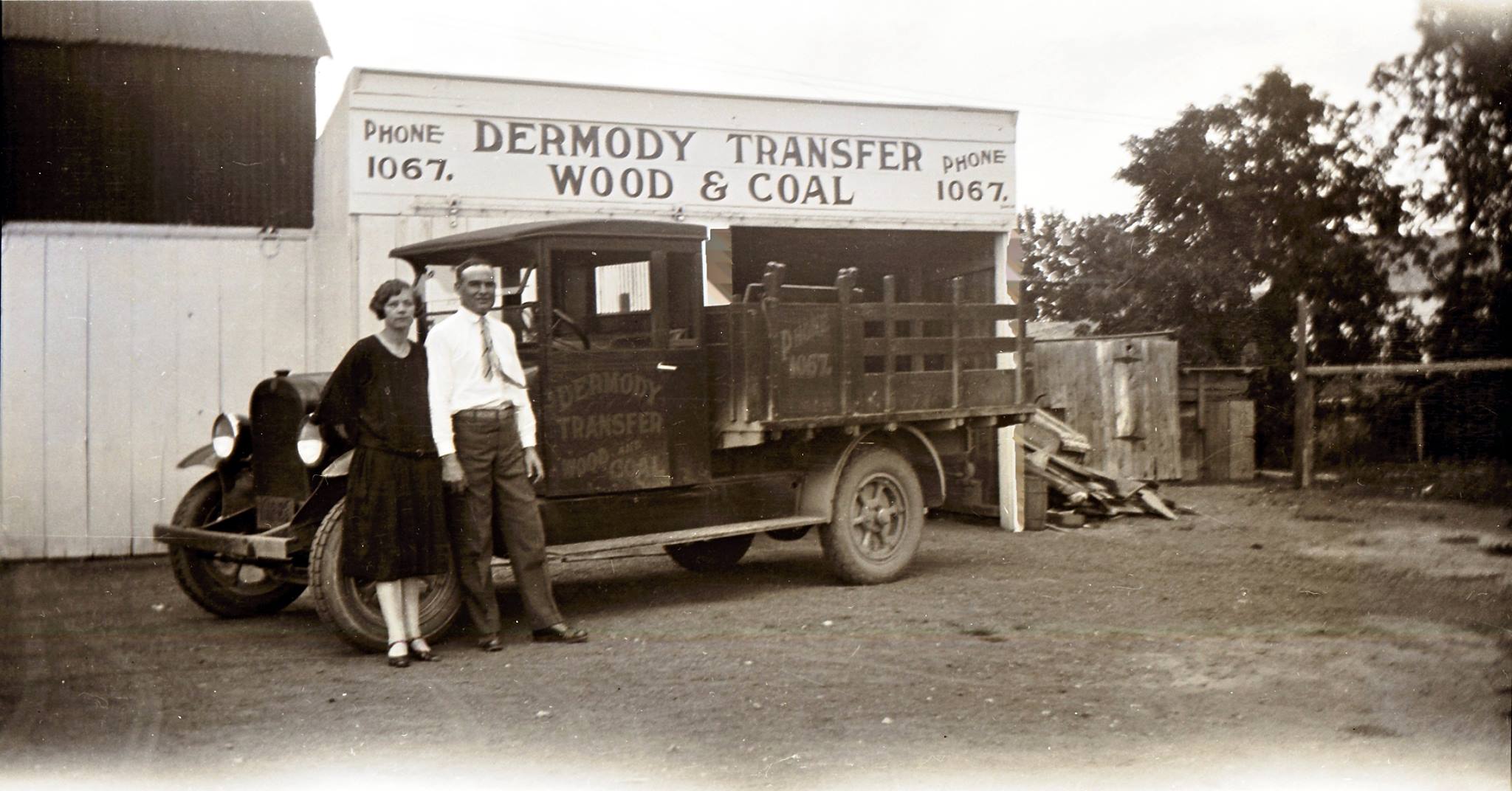 Ruth and Bill Dermody in front of the Dermody Transfer building.

Jim also dug up a copy of the store license, probably one of the last licenses before Ruth sold the business. 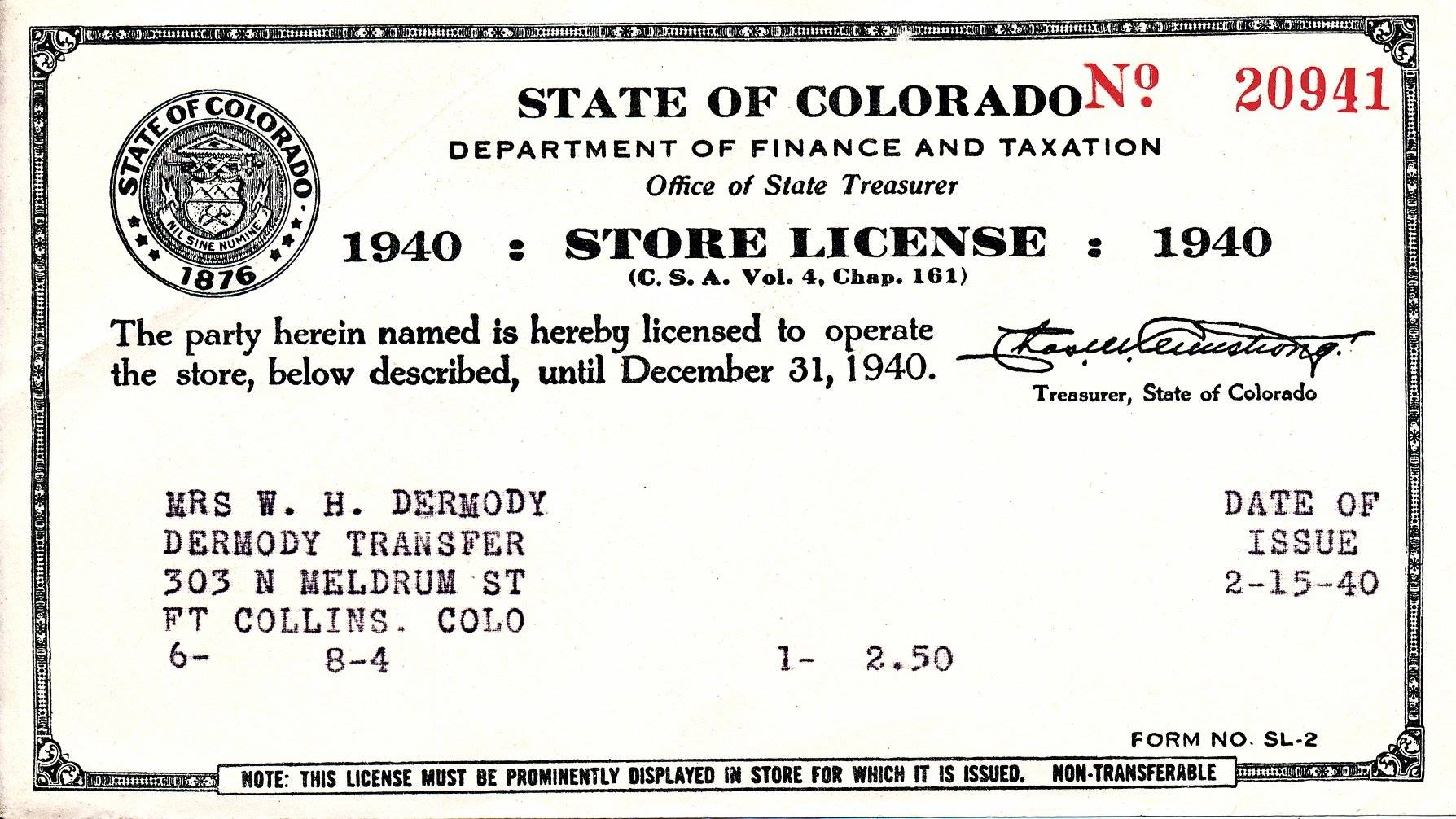 You can still see the building today on Maple Street. It stands as a reminder to the indomitable spirit of Fort Collins’ early days. 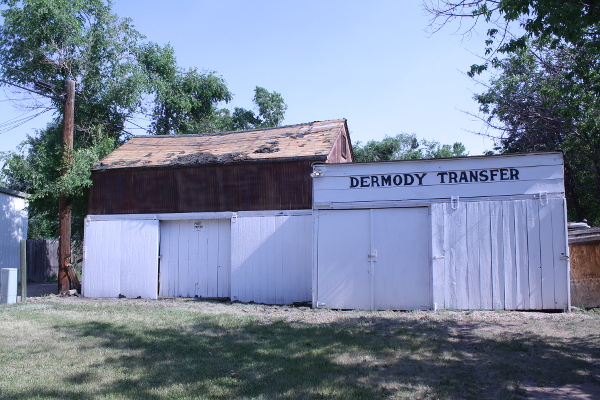 Jim posted another beautiful photo of Ruth posing with the Dermody/Burrill Transfer truck.  This photo is probably from around 1924.

Ruth had been married to Frank Burrill, but he had passed away the year before this photo was taken, leaving her with two young children to raise. She married Bill Dermody soon after.

Thanks for sharing, Jim!

And while I’m talking about Jim and his family, check out this snippet from the 1880 Larimer County census. The Emma mentioned here, who was still an infant at the time, is the same Emma that ran the Emma Malaby store which is currently located on Meldrum, just around the corner from the Dermody Transfer building. Emma was Grandma Ruth’s big sister.

This article was originally posted on my personal site, North of Prospect. I’ve made some slight modifications, but left it largely unchanged.

The store on Meldrum street that’s mentioned above is still there. Some day I’ll write more about the Malabys and Collamers and the story of the store. But for now I’d encourage you, the next time you’re on the north end of town, to cruise down N. Meldrum street and check it out. 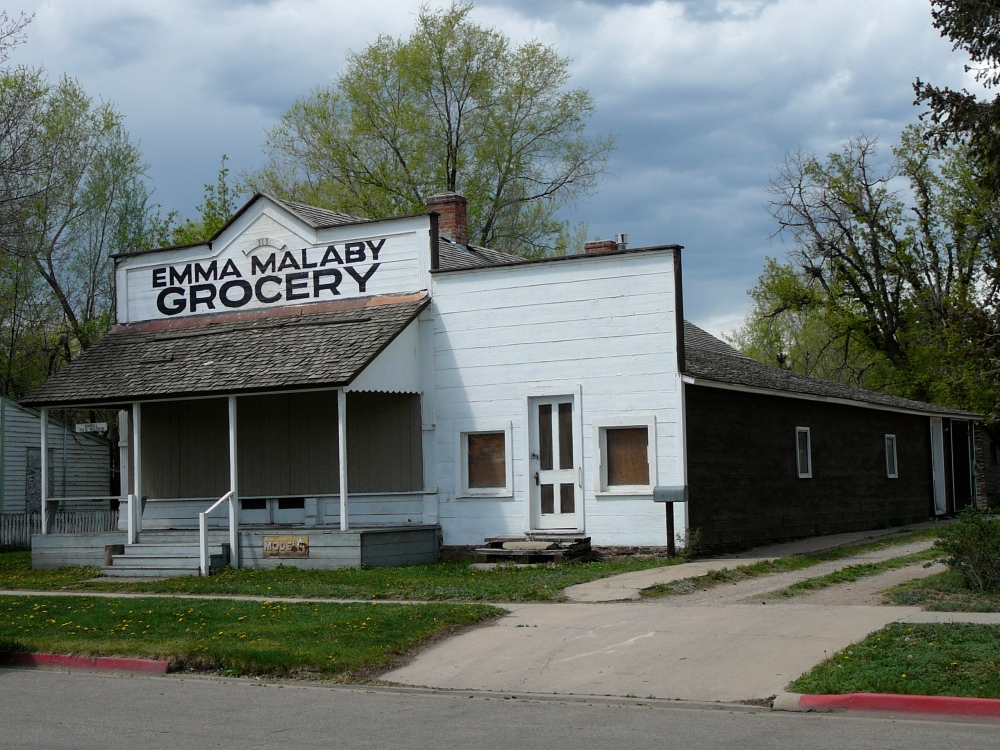 The older pictures all belong to Jim Burrill and were from his Grandma Ruth’s collection. The present day pictures of the Dermody Transfer and the Emma Malaby store are mine. The snippet from the census is through Ancestry.com.