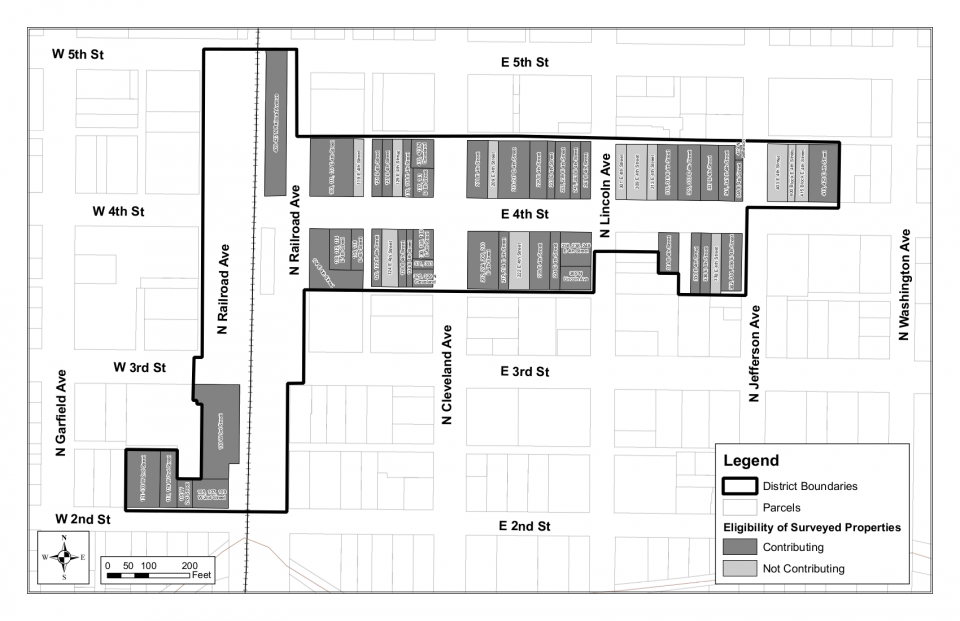 Map of the Downtown Loveland Historic District, which is on the National Register of Historic Places.

In 2015, the Downtown Loveland Historic District was added to the National Register of Historic Places by the National Parks Service. Within a boundary that includes 58 buildings, 45 of them are considered “contributing” to the district. That means that they were built over 50 years ago and retain a significant amount of integrity. (So if a building is 100 years old, but it’s been remodeled to the point where it looks nothing like the original building, then that building would not be considered to be contributing, despite its age.) Most of the buildings are also within the town’s original plat from 1877 (the year that the railroad came through and caused the folks living in nearby St. Louis to hitch up their houses and drag them over to the rail line).

The advantage of becoming a historic district is that building owners will now be able to take advantage of State and Federal tax credits to restore and maintain these structures. (And we’re not talking about chump change here. The financial benefits can be quite substantial.) Though the Secretary of the Interior Standards for rehabilitation will have to be followed for those seeking such benefits, building owners are still allowed to do whatever they’d like with their buildings. (If you don’t maintain the historic nature of the structure then you don’t get the financial help and you will no longer own a contributing building within the district, but it’s your building to alter as you please.) 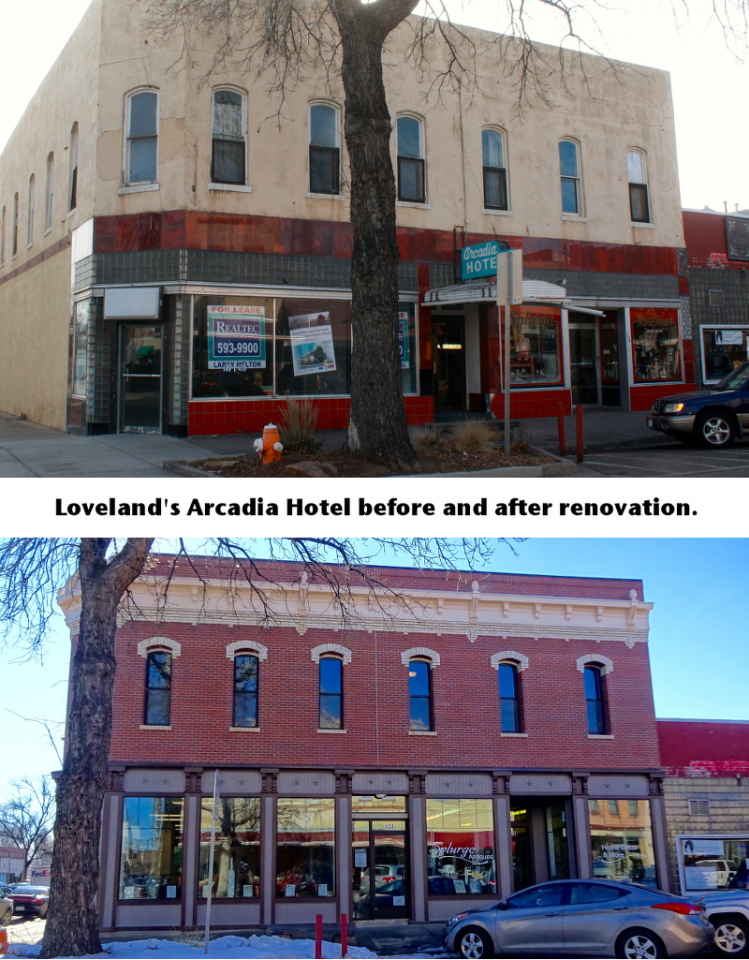 Despite the fact that property owners can modernize their buildings, many recognize the value in restoring, rather than remodeling these Loveland treasures.

The Old Town Historic District in Fort Collins was added to the National Register of Historic Places in 1978 and the city has seen substantial economic benefits as a result. (In fact, the district was used as a case study in a History Colorado document entitled, “The Economic Power of Heritage in Place: How Historic Preservation is Building a Sustainable Future in Colorado (pdf).”) So it’s likely that the City of Loveland will see a similar economic benefit as building owners begin to take advantage of the tax credits and restore the historic facades of their property.

Historic districts are often a win-win for all involved, even owners of non-contributing properties. It will be exciting to watch Loveland’s downtown area become increasingly vibrant and active as local businesses take advantage of being located in charming historic buildings where residents come to shop, stroll, and enjoy the sense of walking back in time in downtown Loveland.