Drive Right – a new law from the 1913 city council 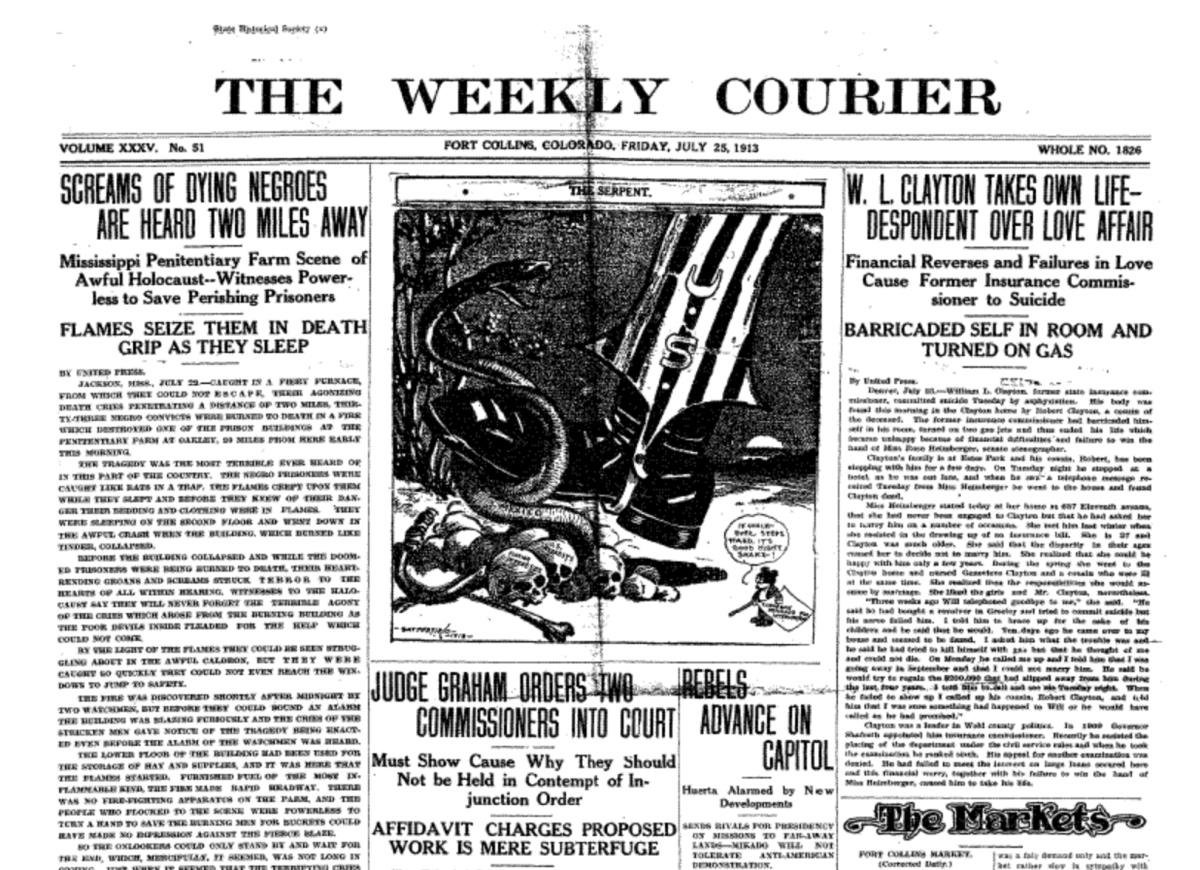 The front page of the Fort Collins Weekly Courier on July 25, 1913.

The national news was incredibly depressing. A prison building full of “negroes” burned to the ground. The screams of the men were heard up to two miles away. The Mexican Revolution was in full swing and anti-American demonstrations were a concern. Railroad workers were on strike. And in the First Balkan War, the Turks had retaken Adrianople. 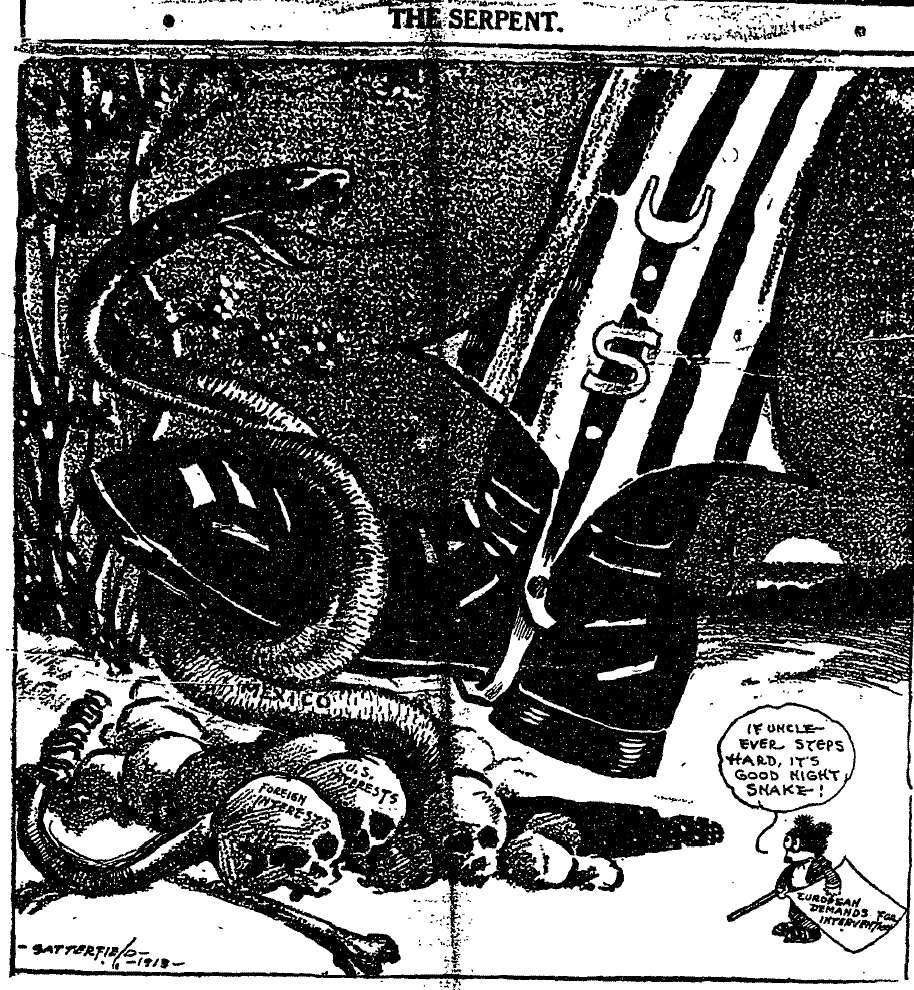 If the United States intervened in the Mexican Revolution, it risked damaging its own and foreign interests.

Several local lawyers threatened to hold the Larimer county commissioners in contempt of court if they moved forward with building a road to Estes called the Fall River Road. They claimed that a 3/4 mile segment of the road did not legally belong to the people who were transferring the land to the county, but in fact that section of property was without title and therefore belonged to the public.

The Empire Grange hosted a picnic at Lindenmeier lake. Fried chicken was plentiful at the event. 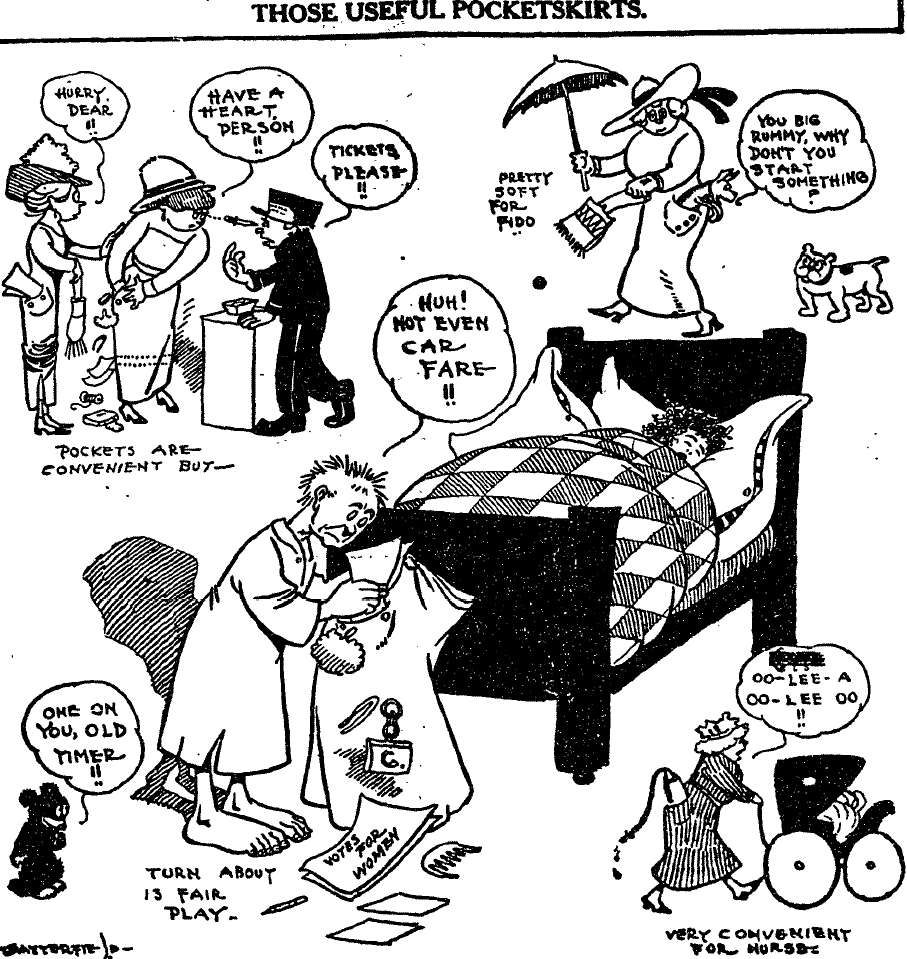 It’s hard to tell whether this comic is extolling pockets skirts or making fun of them.

The valuation of property within the county was said to exceed ten million dollars, which was a record. The growth was largely attributed to an increase in the population.

Officers for “the September celebration club” were selected to begin planning for the big upcoming event. Funds were to be raised in order to provide “a wild west show, street fair and shows, airship flights, and daily barbecues.” The cities of Cheyenne and Wellington assured Fort Collins that they would attend the event in large numbers. (There was no mention that this was in any way connected with an anniversary celebration for the city. It just appears to be something they did every autumn.) 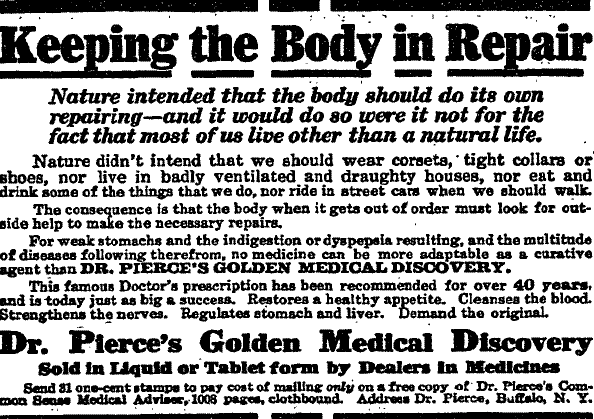 Changes in technology, like the introduction of the trolley, were having their affect upon people’s health.

Fire destroyed the Cherokee Park laundry, though the hotel and cottages were saved when the hotel guests ran out and formed a bucket brigade. There were $500 in damages from the fire which got its start from an electric iron.

And I can’t image where we’d be if the city council hadn’t passed an automobile ordinance in 1913 requiring all vehicles to keep to the right side of the road. There were several other new rules as well. When there is an oncoming car, one must veer right. And when passing another car in the same lane, one must pass to the left. When turning a corner one must keep to the right of the center of the street. And stopped vehicles must be along the curb and not in the center of the road. All parking was to be made at a 45 degree angle to the road. Speed limits were to be 15 miles an hour inside of the fire limits, 20 miles an hour outside, and 12 miles an hour in alleys. Mufflers must be used and no car may idle for longer than 5 minutes. And when passing another vehicle at a corner, one must always use the horn.