FC150 – A Birthday Party for Fort Collins… all year long. 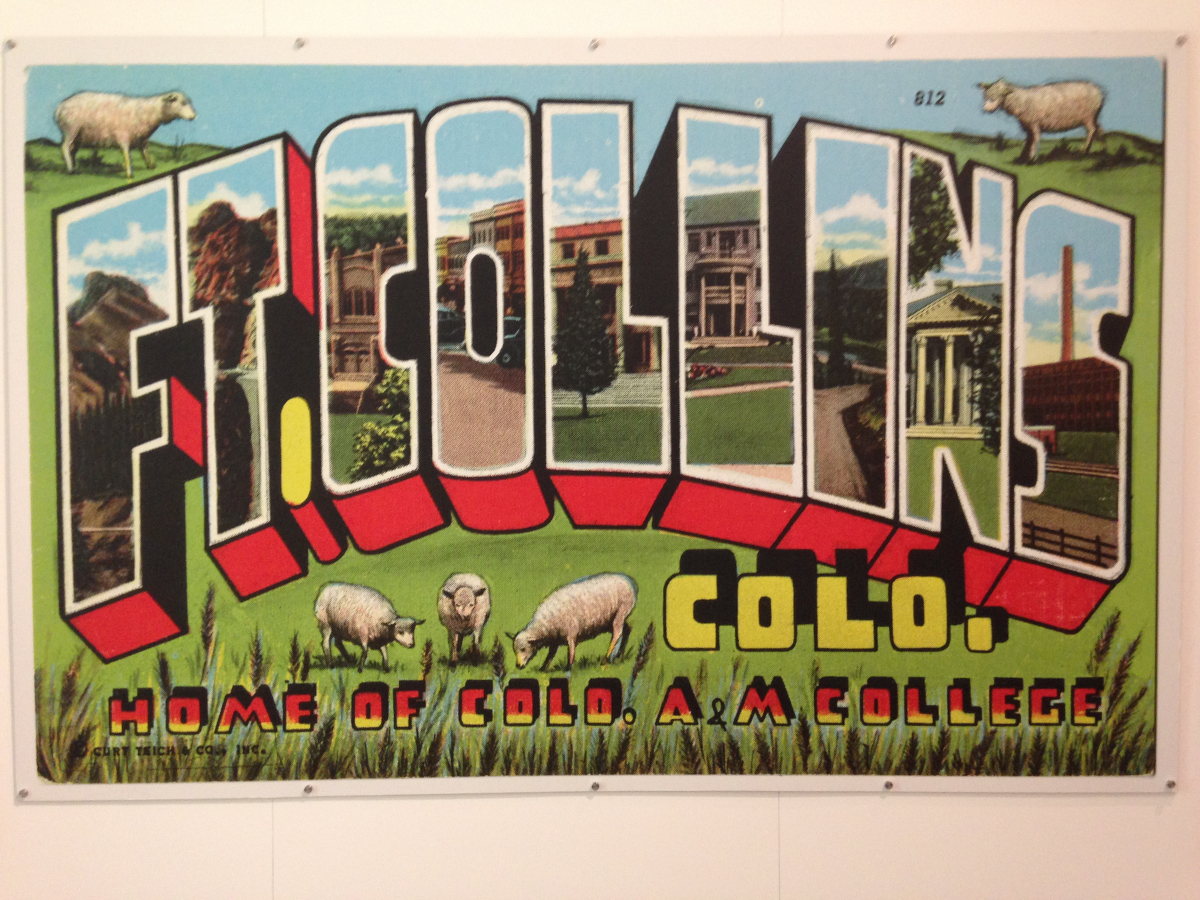 This classic postcard greets you as you enter the FC150 exhibit
at the Fort Collins Museum of Discovery.

This Wednesday, a special exhibit will be opening up at the Fort Collins Museum of Discovery to celebrate the 150th anniversary of our fair city. (OK, so to be technically correct, we’re celebrating the beginning of Camp Collins in this location, which grew to become Fort Collins. We weren’t officially incorporated as a town until 1873.) To celebrate 150 years, the exhibit boasts 150 things that make Fort Collins special. Some have to do with our history. Some have to do with people and events that are still around today. About half of the displays were suggested by the general public and the other half were chosen by the museum staff. There’s a little of something for everyone. 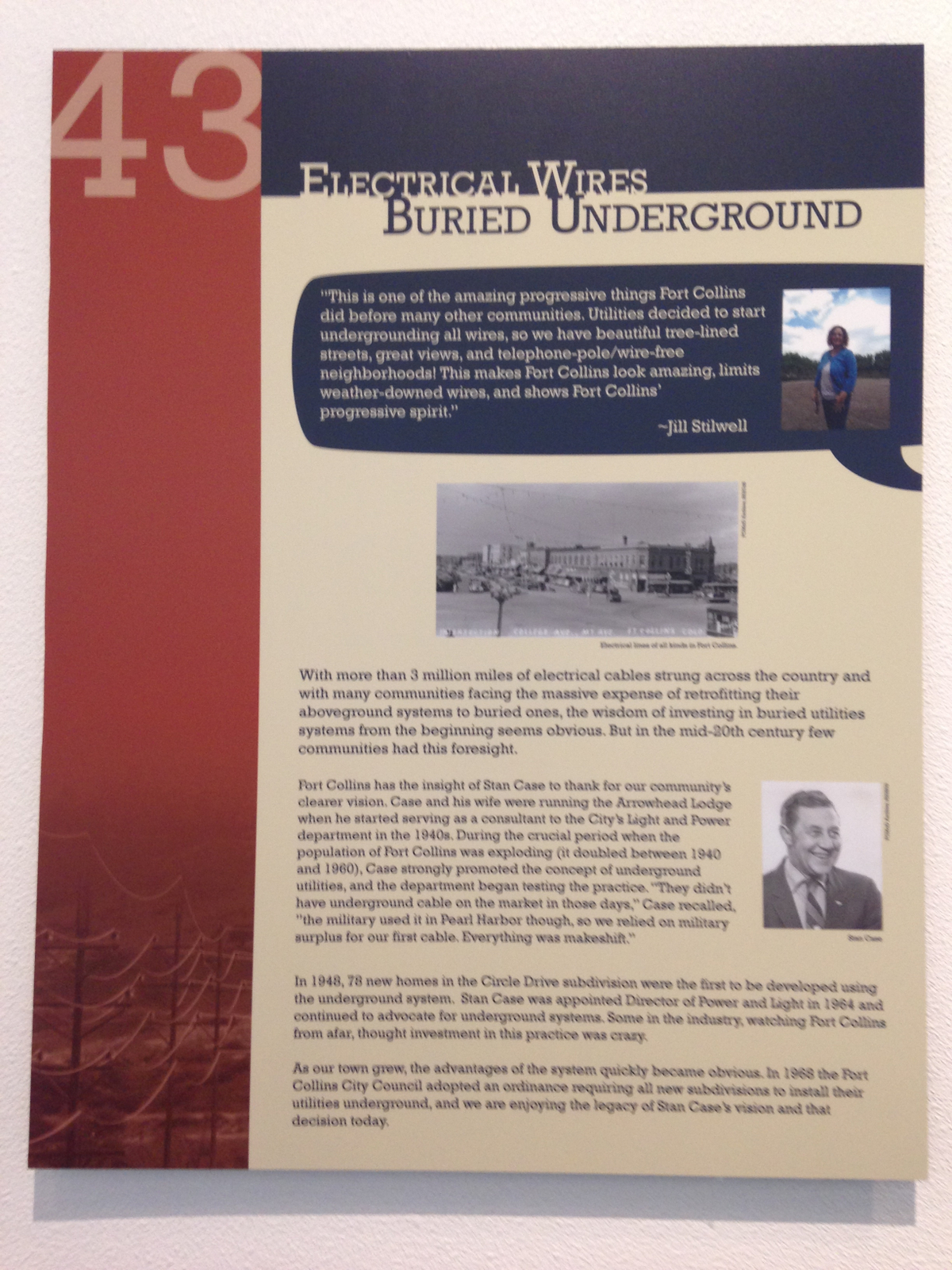 Fort Collins was ahead of the rest of the United States in terms of burying our electrical lines.

Each of the 150 highlighted areas is presented on an information board like the one above. If it was nominated by a specific person, then that person is shown at the top with their explanation of why they thought this person, thing, event, whatever is part of what makes Fort Collins special. Along with each of these informational boards are artifacts from clothing to a transformer box to old Water-Pik commercials on a groovy old t.v. 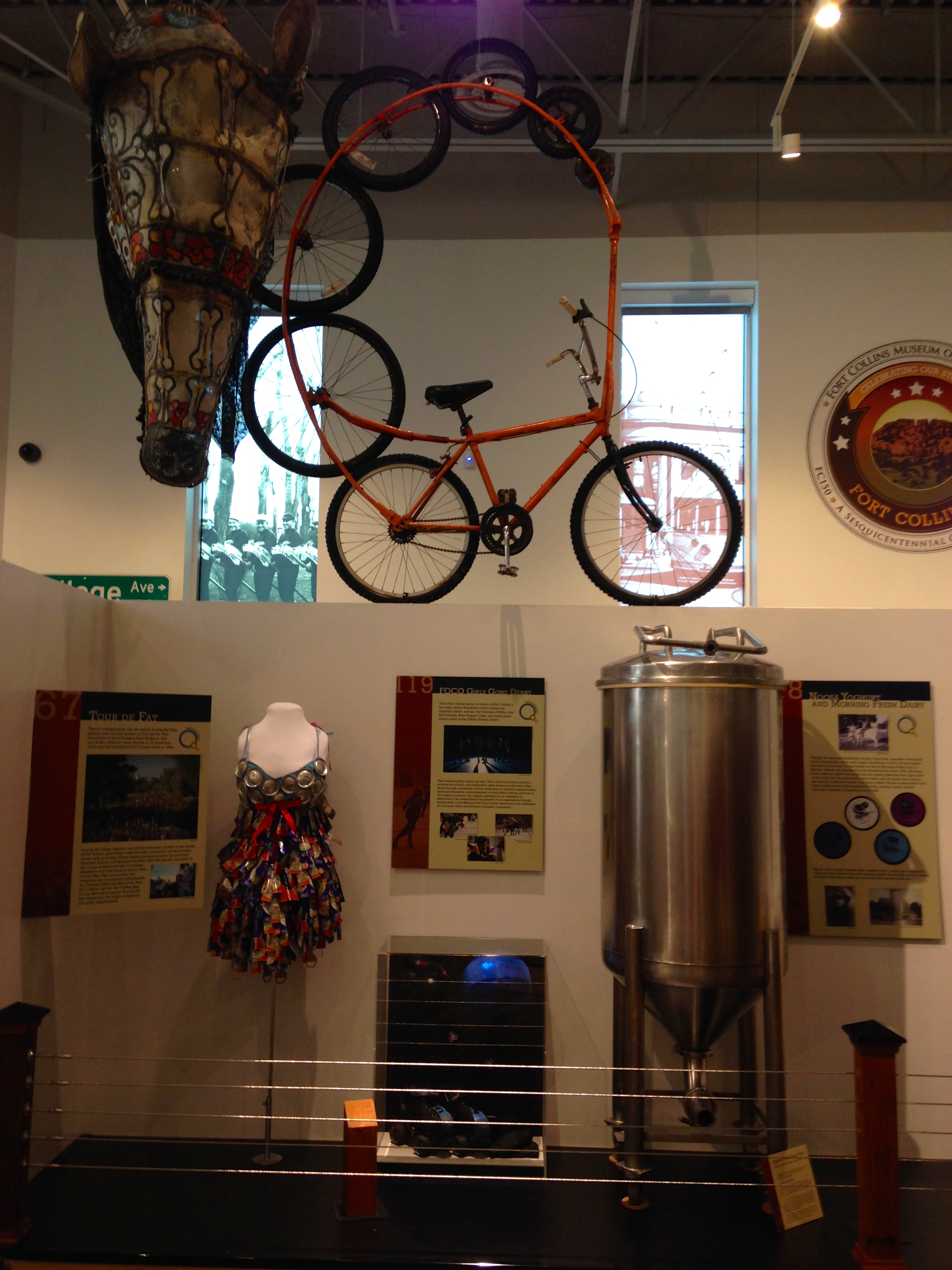 When you walk around checking out the displays, be sure to look up once in awhile. There are a few little tidbits that are set up where you might not think to look…. You’ll understand why once you spot them. (There are binoculars available if you need them.) 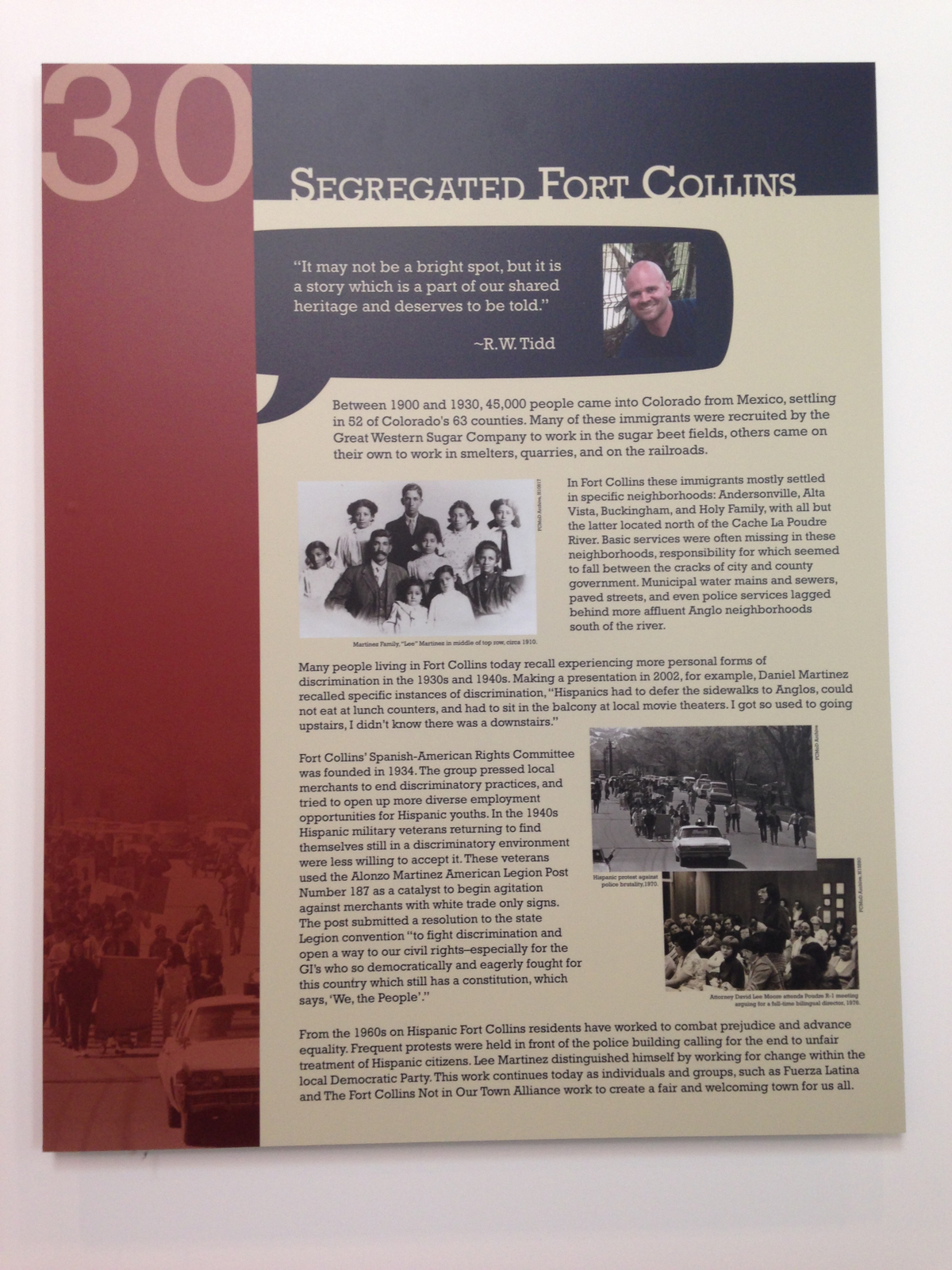 Not everything is sunshine and roses. Racial troubles in Fort Collins are a part of who we are today and was included as part of the exhibit.

The exhibit is going to be up for a year, so if you can’t make it this week, no worries. This is the first exhibit to use the special exhibit rooms at the museum. On this Wednesday, though, there’s going to be a grand opening ceremony. (August 20th is the day that Colonel Collins signed the order to move the military outpost from Laporte to it’s location near what is today Willow and Linden Streets.) The mayor and other dignitaries will be there. There will be a ribbon cutting ceremony at 5pm along with some speechifying. And rumor has it, there might be some cake as well. If you haven’t seen the rest of the museum yet, you might want to come early and check that out as well. 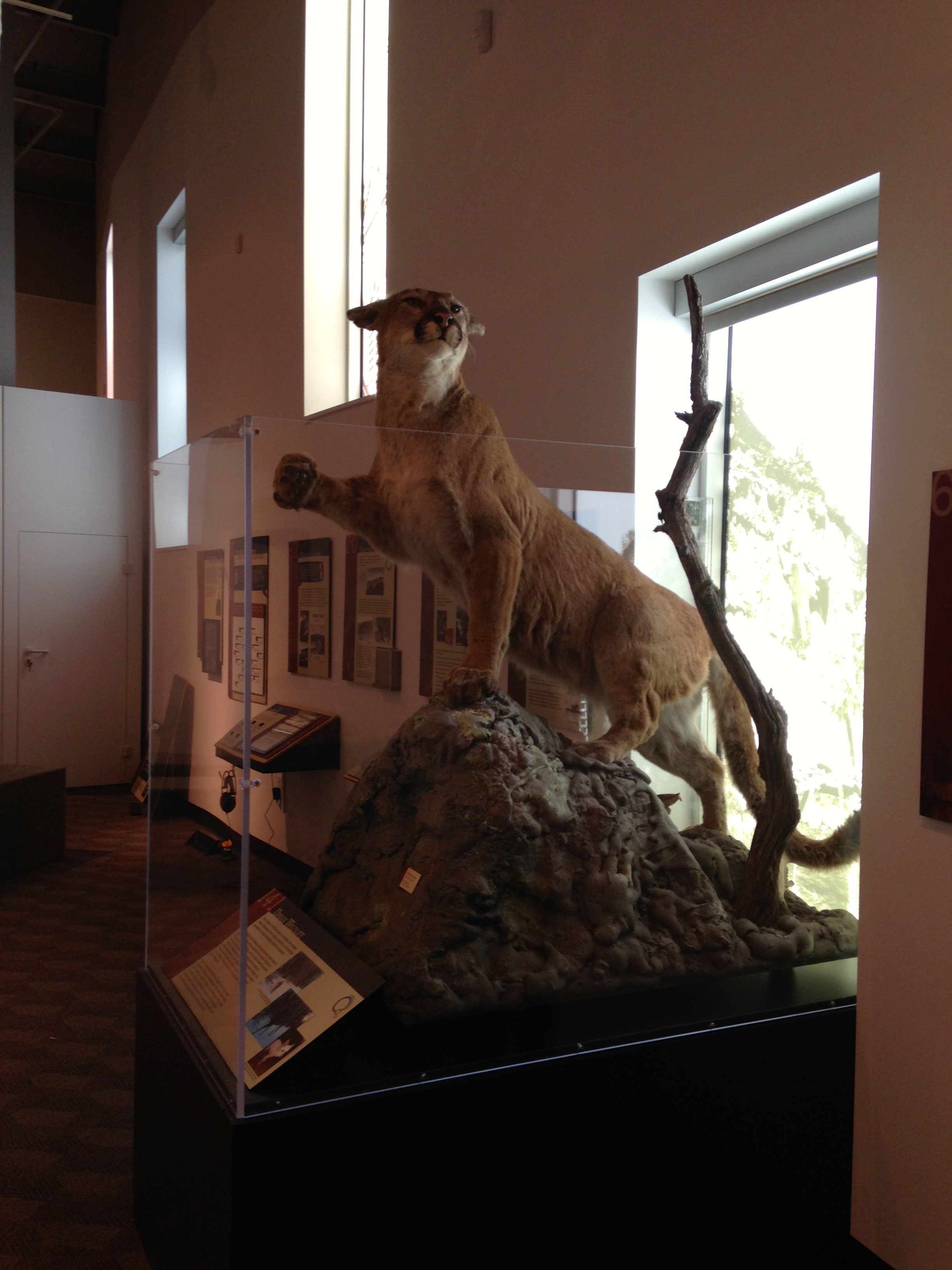 Come have a roaring good time! (Do mountain lions even roar?)

So here’s what you need to know:

What: The FC150 special exhibit at the Fort Collins Museum of Discovery
Where: 408 Mason Court  <– If you take MAX, get off at the old train station and walk north one block. If you take College, turn west on Cherry. From Shields, go east on Cherry. It’s a funny looking building. You can’t miss it.
When: Wednesday, August 20th at 5:30 pm.
Cost: The special exhibit is free with the price of admission to the museum. (Adult $9.50, Senior $7.00, Student (with valid ID) $7.00, Junior (ages 3-12) $6.00, Children 2 & under FREE, Members FREE.) See my note below on all the reasons to become a member. 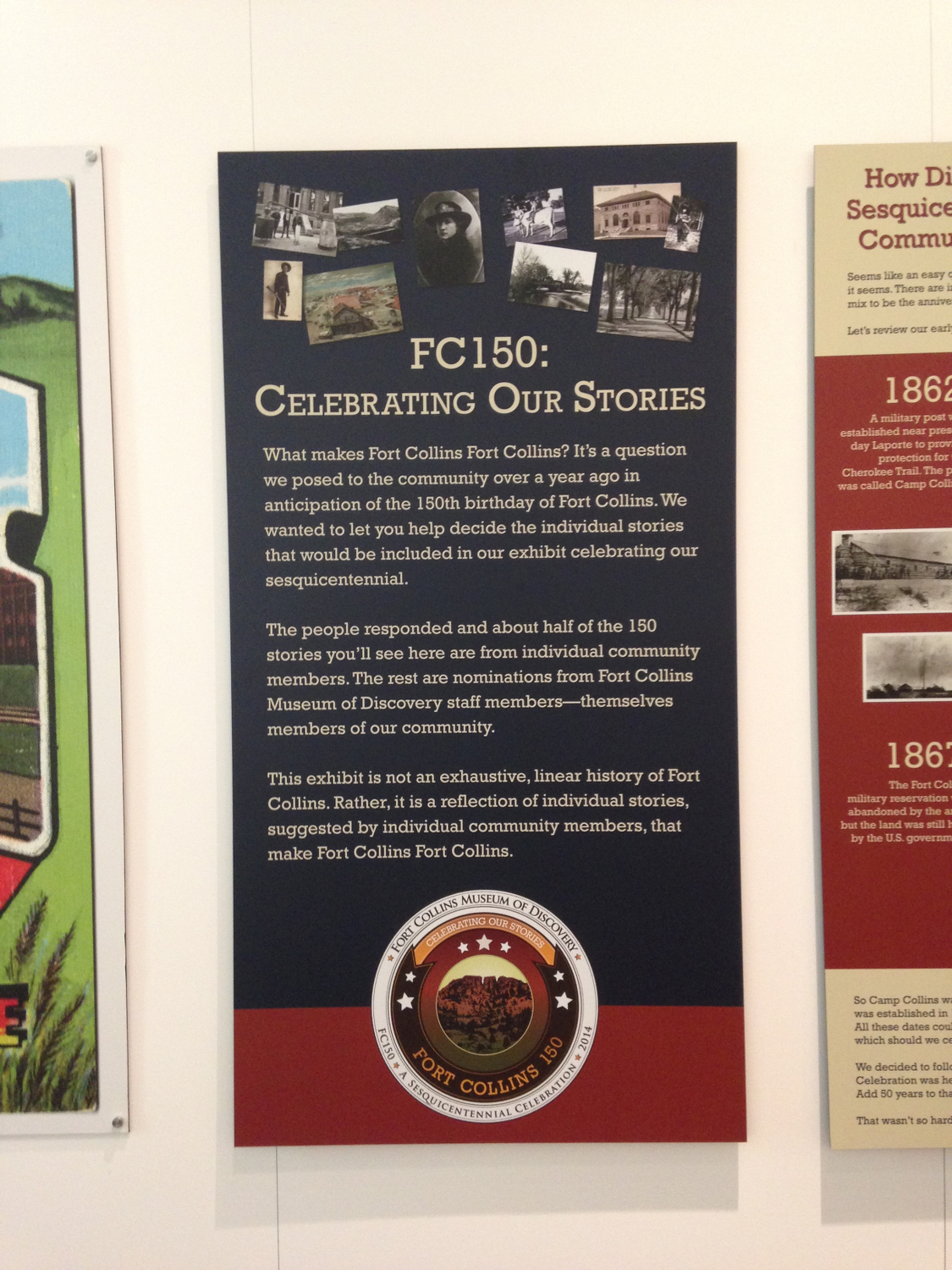 I’m a member of the museum. Let me tell you why.

When you become a member of the Museum of Discovery, you not only gain access to the museum any time all year long whenever they’re open, you also gain access to a whole bunch of other museums and discovery centers all over the U.S. Two of the most important on that list are the Denver Museum of Nature & Science and the History Colorado museum. You still have to pay extra to get into their special exhibits. But you get into their regular exhibits for free.

Any time we travel, I look up what museums there have reciprocity with the Museum of Discovery here. We’ve been to the Discovery Science Center in the Santa Ana, California, the Exploratorium in San Francisco (which no longer has reciprocity ever since they moved to a new location. Rats.), and the Discovery Center of Idaho. That’s a whole lot of bang for bucks that end up staying in Fort Collins. I feel like we’re able to plow our cash into our own city while still enjoying the museums all around the United States. It’s a fantastic deal!

Even though I got a chance to preview the exhibit last Friday (yet another perk because I’m a member!), I still plan to be there on opening day. I hope to see you there.

Forgotten Fort Collins is actually on display in the special exhibit. I didn’t even know about it until I visited on Friday. If you see where the website is mentioned, come on back here and give me a virtual fist bump. Woot!