Fire at a lumber yard, replica car by Michauds, and Buckingham Project 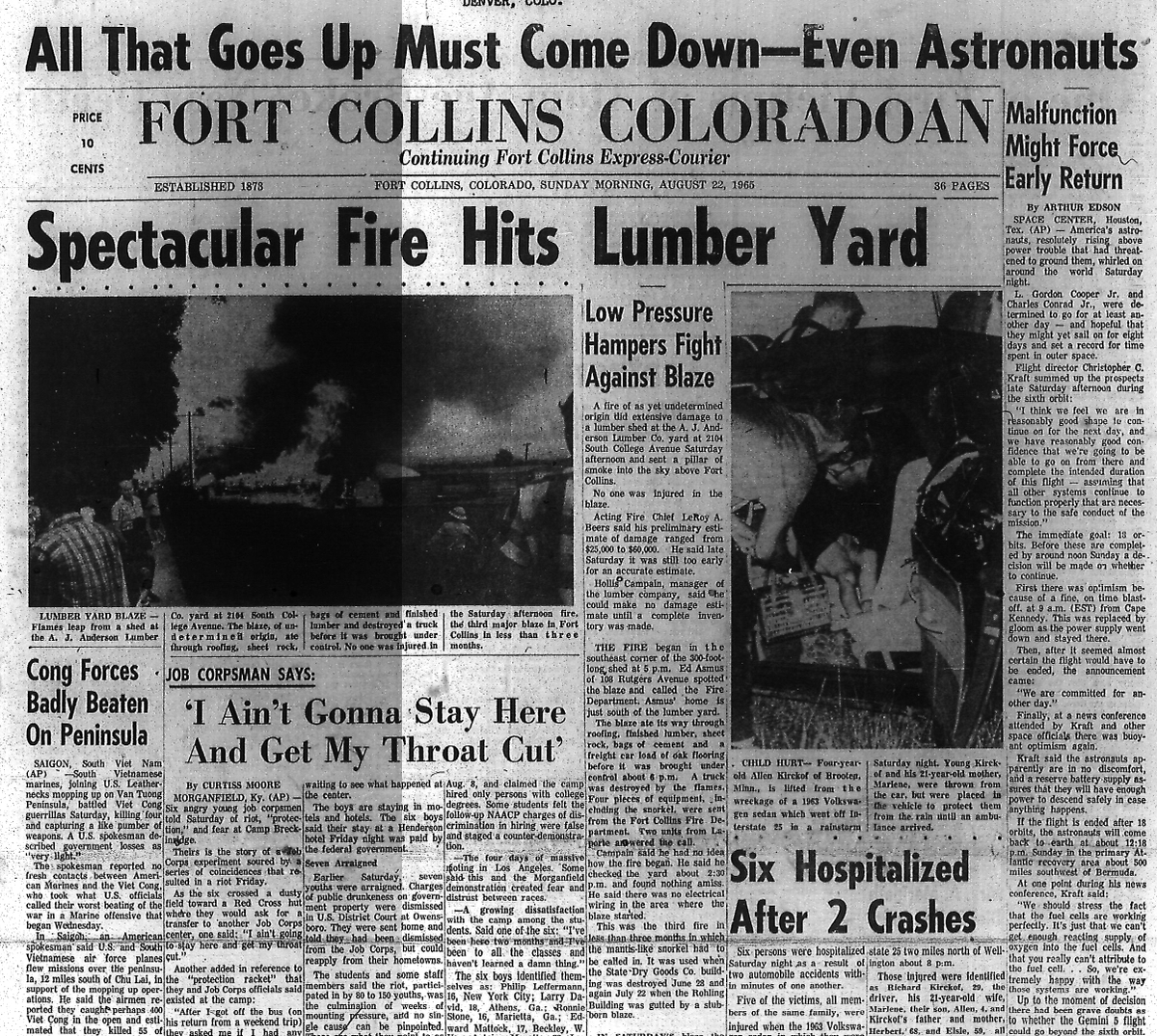 Racial tensions were high after four days of massive rioting in Los Angeles and a large demonstration in Morganfield, Kentucky. 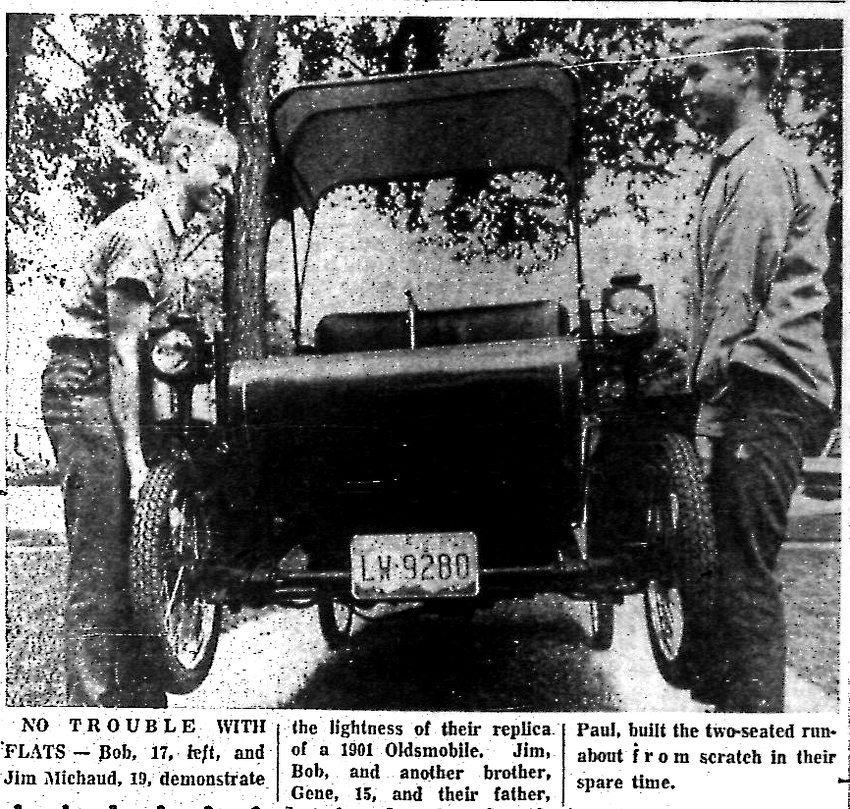 Jim, Gene, and Bob Michaud, with a little help with their dad, Paul (owner of the Michaud Electric Company) built a bright red 1901 Oldsmobile from scratch. They decided to build the car to keep themselves busy over the summer. They went to Forney’s car museum and took pictures of the 1901 Oldsmobile on display there to help them with their plans. The car was made of plywood and tin. 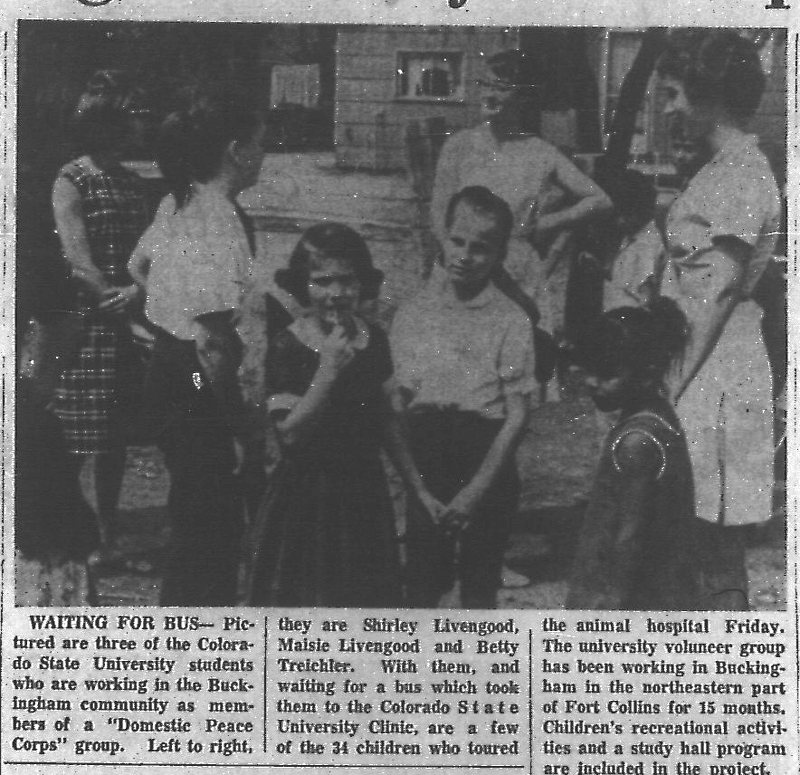 CSU student, Pat Bethke, started a program for kids in the Buckingham neighborhood in 1964.

Entirely organized and run by Colorado State University students, the Buckingham Project, a “Student Domestic Peace Corps,” provided recreational activities for Buckingham youngsters all summer and staffed study halls for kids throughout the school year. Students could get help with their home work or practice speaking English (as most spoke only Spanish at home). 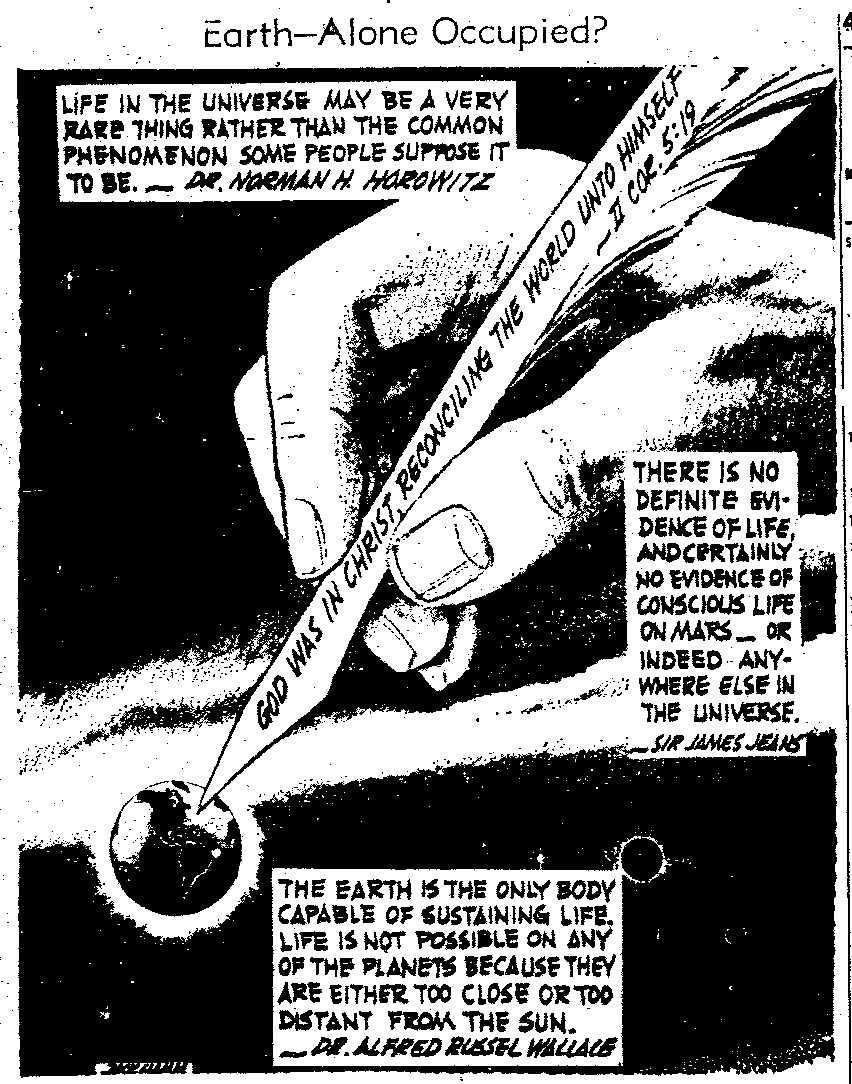 Space travel led many to question mankind’s place in the universe.

Astronauts on the Gemini 5 flight were hoping to complete a goal of 8 days in orbit, which would have been record breaking at the time. During those 8 days the plan was to complete 18 orbits around the earth. 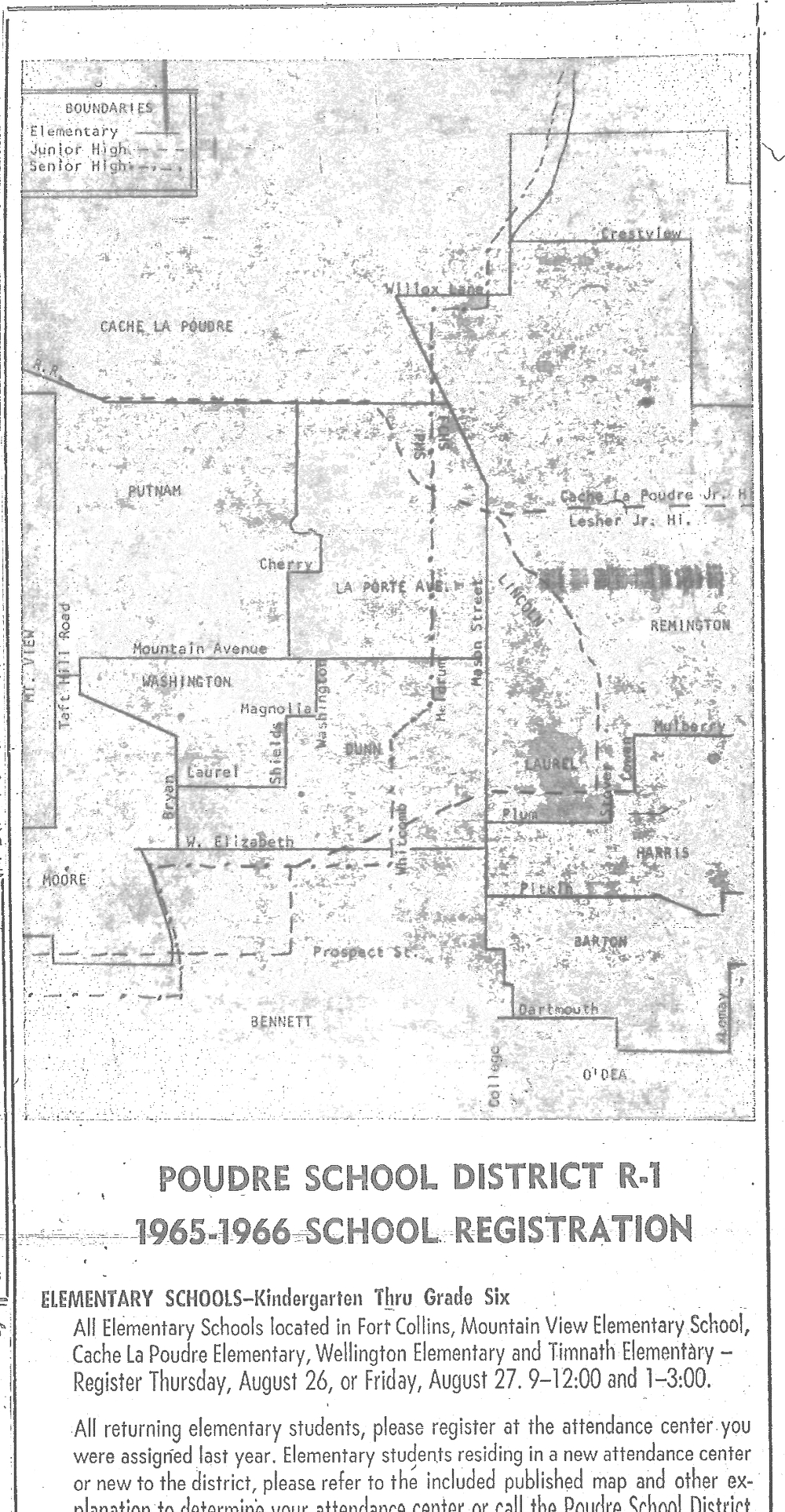 A bandit on a small red bicycle grabbed the money from an open cash drawer at the Feeder Supply Co. store at 359 Linden St and pedaled off with it. 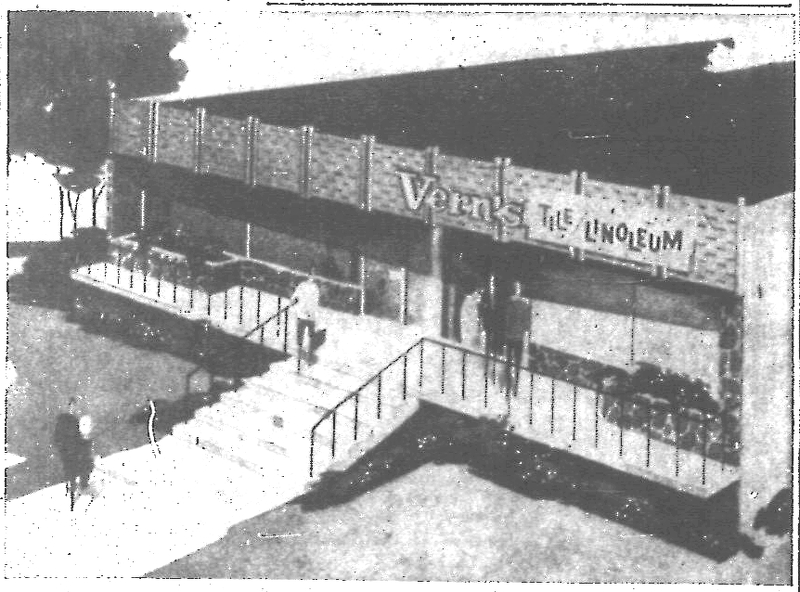 Artists renderings of new buildings were a common sight in the newspapers of 1965.

The Fort Collins Coloradoan, 22 August 1965. I accessed this newspaper from microfilm at the FCMoD Archive.