In 1882, Henry and Caroline Franz, immigrants from Württemberg, Germany, built a one-and-a-half story log cabin on the hill where the Clarendon Hills neighborhood stands today, just south of the Harmony Library and Front Range Community College. They “proved up” on the land in July 1886. (That means the land officially became theirs at that point.)

Carrie and Henry had two children — Magdalena (Lena) and William Henry. (See photo above.) They grew wheat, sugar beets and strawberries on their farm and in 1890 Henry built a granary.

Carrie passed away in 1895 and in 1896 Henry married Sarah Neumeyer whose husband John had passed away the year before as well. Sarah brought with her four daughters from her previous marriage — Mamie, Ethel, Sadie and Elsie. Raising a blended family of six children in this small cabin must have proved a bit tight and in 1898, Henry sold the land to William F. Wittenbrink.

The Franz-Smith cabin in Heritage Courtyard by the Old Carnegie Library in Fort Collins.

Wittenbrook wasn’t there long before he sold the land to Lyons Wasson for $3,200 in the spring of 1900.

Wasson owned the land for ten years. It’s possible that he rented it out to be farmed by others a few of those years, but it’s hard to tell (as the newspapers refer to a Mr. Wasson without giving a first name or initial and there were other Wassons in the area that it could have been referring to). In 1910, he added a barn to the property and then ended up selling the land to Richard Barber who was moving to Colorado from Minnesota.

Lyons Wasson has sold his farm to R. C. Barber of Minnesota. The consideration was $9,600, and he will take possession about December 1st. Mr. Wasson bought this property a few years ago for $3,200. We regret to have Mr. and Mrs. Wasson leave our community as they have been important factors in our circles, especially in church work. — Weekly Courier, October 27, 1910.

The Barbers moved to Pennant, Saskatchewan (in Canada) in March of 1916, but the newspaper doesn’t mention to whom they sold the property. 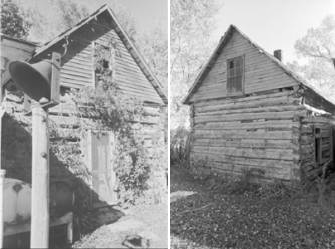 At this point the trail of owners grows cold until the Smiths purchased the property in 1936. They ranched on the land until 1948. It’s unclear what happened with the property between 1948 and the 1980s, but the Smith family retained ownership.

In 1986 the Smiths sold their land to a developer. The developer petitioned the City to annex the land, which was done through an ordinance in February of 1986. But when the Smiths had sold the property, they included a caveat. They had stated that the cabin could not be demolished.

The developer was not a preservationist and during that time period there wasn’t an understanding like there is today that historic places add economic and social value to a community. But he knew a few preservationists, so he gave them a call. 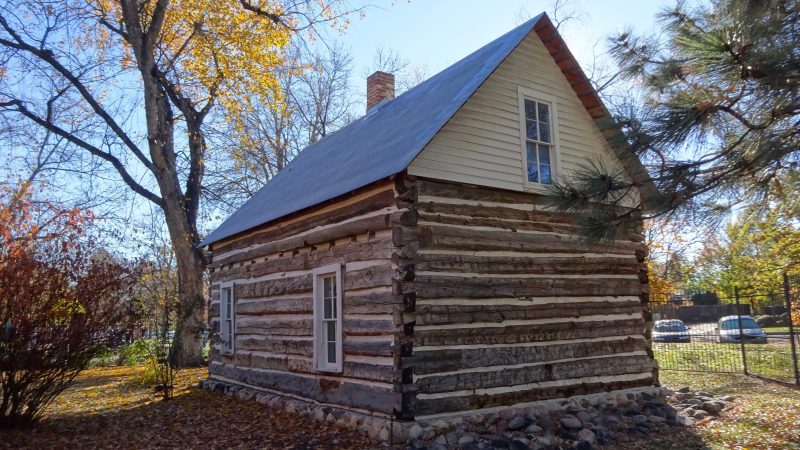 The back side of the Franz-Smith cabin in Heritage Courtyard.

Among those called upon were Wayne Sundberg, Joan Day, Doris and James Greenacre, Helen Reisdorff and DL Roberts. Together they formed a non-profit which they called the Larimer County Historic Alliance. In 1988 they moved the cabin, and the outhouse that came with it, out to the Roberts Ranch in Livermore.

The weather was not kind to the structure and over the years the building deteriorated and the roof was blown off. To add insult to injury, the outhouse was stolen in the dark of night.

In 2006, the Fort Collins History Museum (now the Fort Collins Museum of Discovery secured a $82,907 State Historical Fund Grant which was used to repair and restore the building. The cabin now sits in Heritage Courtyard next to the Old Carnegie Library (now the Carnegie Center for Creativity). 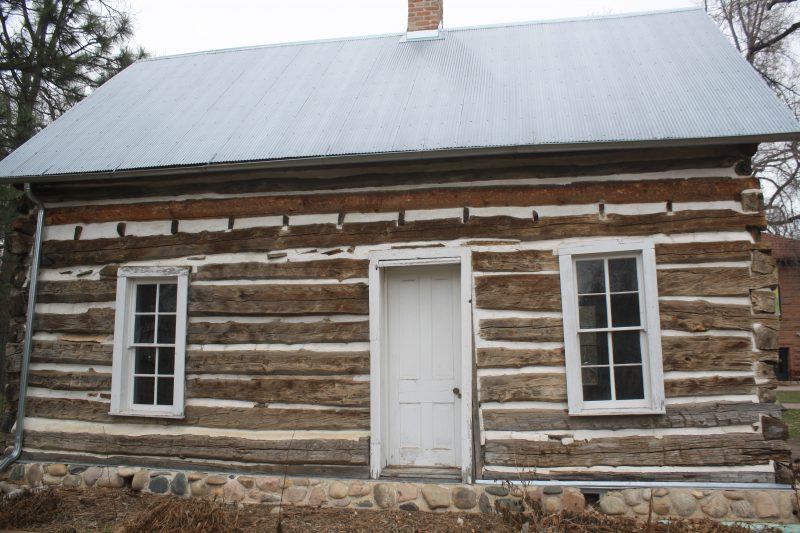 The Franz-Smith cabin in Heritage Courtyard by the Old Carnegie Library in Fort Collins.

The courtyard is often locked up, but there are times when the public is welcomed to visit. The Poudre Pour, which took place this past Saturday, was one such opportunity. There are also occasions for kids to take field trips or attend summer day camps in the cabins. And every once in awhile, on the weekends, the gates will be open and you can wander in. 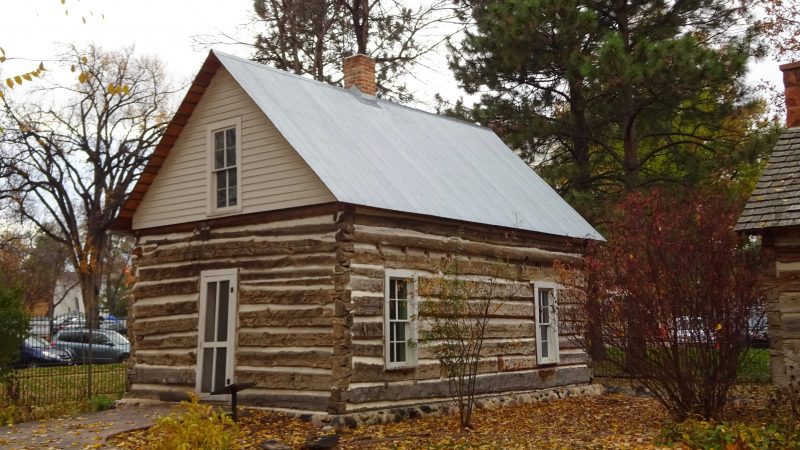 It was announced that Henry Franz was proving up on his land in the June 3, 1886 Fort Collins Courier.

The granary was mentioned in the May 29, 1890 Fort Collins Courier.

It was announced in the April 8, 1897 Fort Collins Courier that the Franz’s would be moving in the fall to their stock ranch.

The sale to William F. Wittenbrink was mentioned in the September 8, 1898 Fort Collins Courier.

The Franzes may have moved away even earlier than the fall of 1898 given that the October 13, 1898 Fort Collins Courier states that Zachary Taylor had been living on the property.

When Whittenbrink sold the farm, it was still referred to as the Franz place. Weekly Courier, March 15, 1900.

The Wassons moved to Fort Collins and the Barbers moved in. Weekly Courier, December 8, 1910.

The dates of the Smith occupation came from a History Colorado article.

Get information about annexations through the City of Fort Collins website.