Happy Days Are Near Again (or so the Democrats thought) – 1956 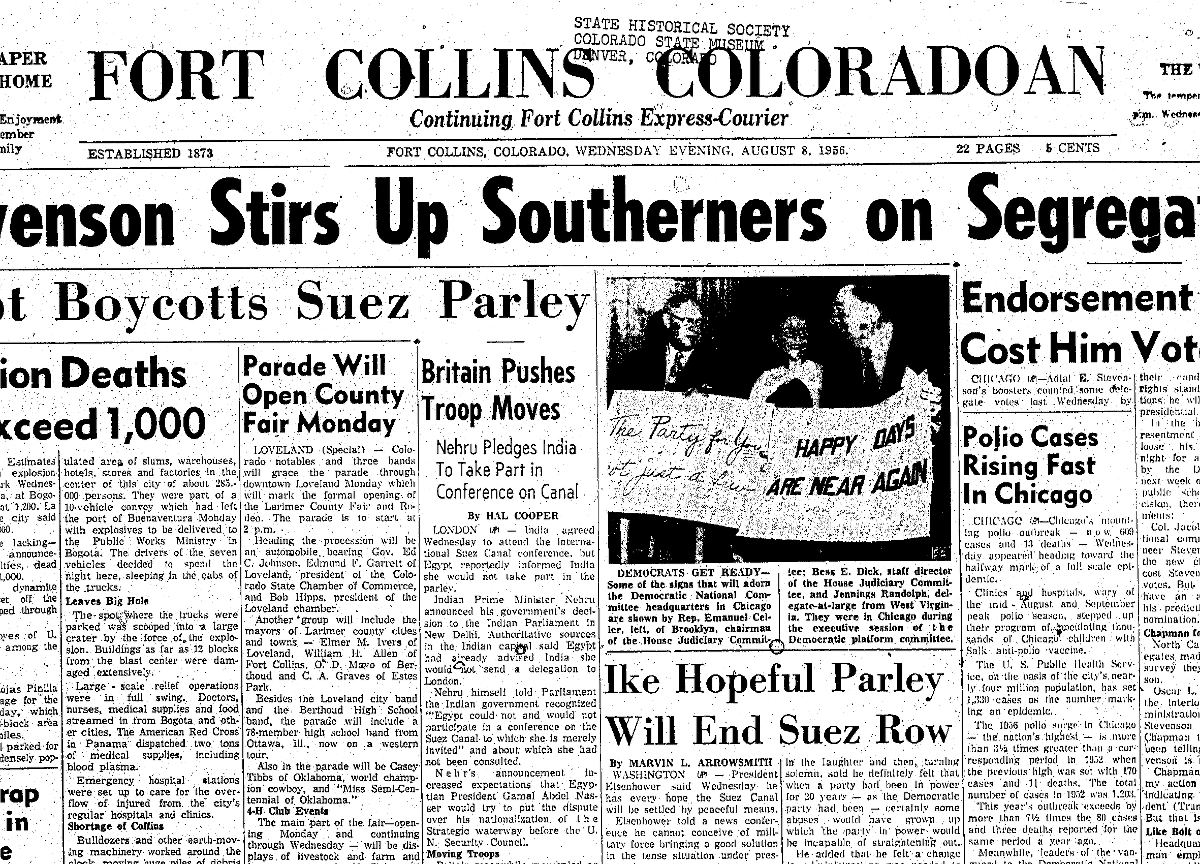 The front page of the Fort Collins Coloradoan on August 8, 1956.

There was to be a conference in London on August 16th to discuss the Suez Canal. The UK had just removed its troops from the canal in July after President Nasser transferred control of the canal to the Suez Canal Authority, an Egyptian company, thus putting the canal squarely under Egyptian control. India agreed to come to the meeting in London, but Egypt refused. This all would eventually lead up to the Suez Crisis which many see to be a defining moment  that resulted in the end of Great Britain’s role as a super power. 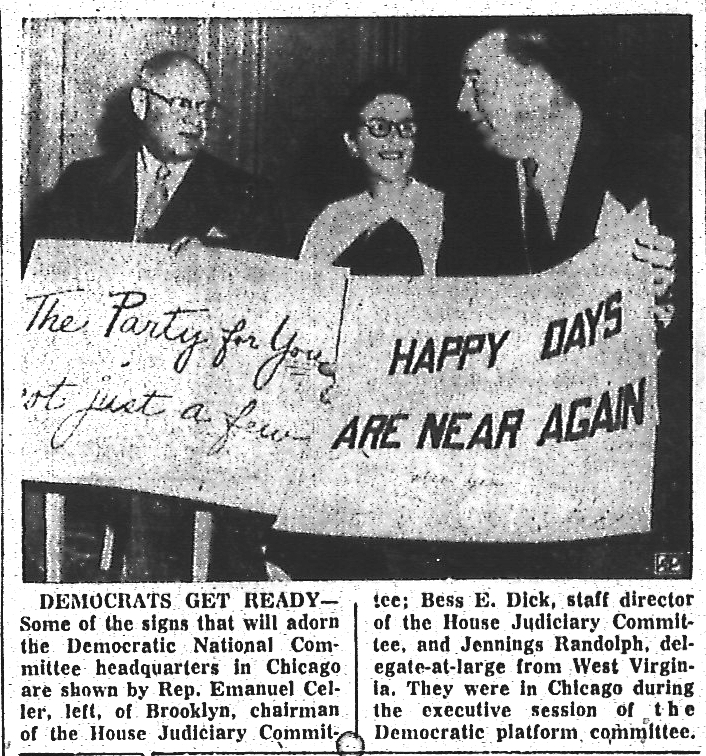 The Democratic National Convention was to take place a week after this newspaper came out.

Also in front page news, Adlai Stevenson’s strong civil rights stand was thought to be losing him votes in the Democratic primary. Stevenson had called for the Democratic party to fully embrace the school desegregation decision made by the Supreme Court regarding a school in Mansfield, Texas. Stevenson did end up winning the nomination the following week (in a landslide), but he and his vice-presidential running mate, Estes Kefauver, eventually lost the election (in yet another landslide) to Dwight Eisenhower and Richard Nixon.

Polio was half way toward reaching the epidemic point in Chicago where 609 known cases and 13 deaths were causing a stir.

Men were trapped in a coal mine in Belgium and an explosion of dynamite on board 7 trucks in Columbia was being blamed on sabotage.

The Lyric cinema was showing Godzilla.

Roy Aden (of 1612 Richard Place) suffered some bumps and bruises when his delivery scooter collided with a car being driven by Mrs. Robert Gardner (of 118 West Muberry). The accident happened at the intersection of West Mountain and Howes streets. Mr. Aden had been making a delivery for the Auto Parts Company.

There were quite a few ads for students who would be returning to school soon, as well as several articles updating residents to changes taking place in the school district. But since much of this was included in a special section in the paper, I think I’m going to leave it for a second bonus post that I’ll publish soon.

The Fort Collins Coloradoan, 8 August 1956. I accessed this newspaper from microfilm at the FCMoD Archive.

I gained some background knowledge of the situation around the Suez Canal from wikipedia. And information on the Mansfield School Desegregation Decision also came from wikipedia.