A House that Played Tennis

As I dig through books, websites, and archives while doing research for the stories I write, I often come across the odd photo, tangential story, or even just a small detail that I find intriguing enough to share on social media as a sort of aside to the article I’m writing. One such photo was the image below from the Colorado State University Archive of a young woman playing tennis. A faithful Forgotten Fort Collins (now Northern Colorado History) reader, Dean Schachterle, followed up with a bit of research of his own.

When I ran into Dean at the Fort Collins Historical Society talk by Wayne Sundberg on the naming of the city’s streets, he told me about his research. In looking it over, I thought it would make a really fun post to share with Forgotten Fort Collins readers.

So today we have a guest post by Dean Schachterle. Thanks, Dean! (If you would like to provide a guest post some day, just let me know. For more info click on the “Guest Blog” link in the upper right hand corner.) I have modified the text slightly to make it more readable (since Dean’s original intention had just been to get the information to me, not to have me turn it into a post. But he’s graciously allowed me to share his discoveries here.)

All but the last two photos are from the Colorado State University Archive. 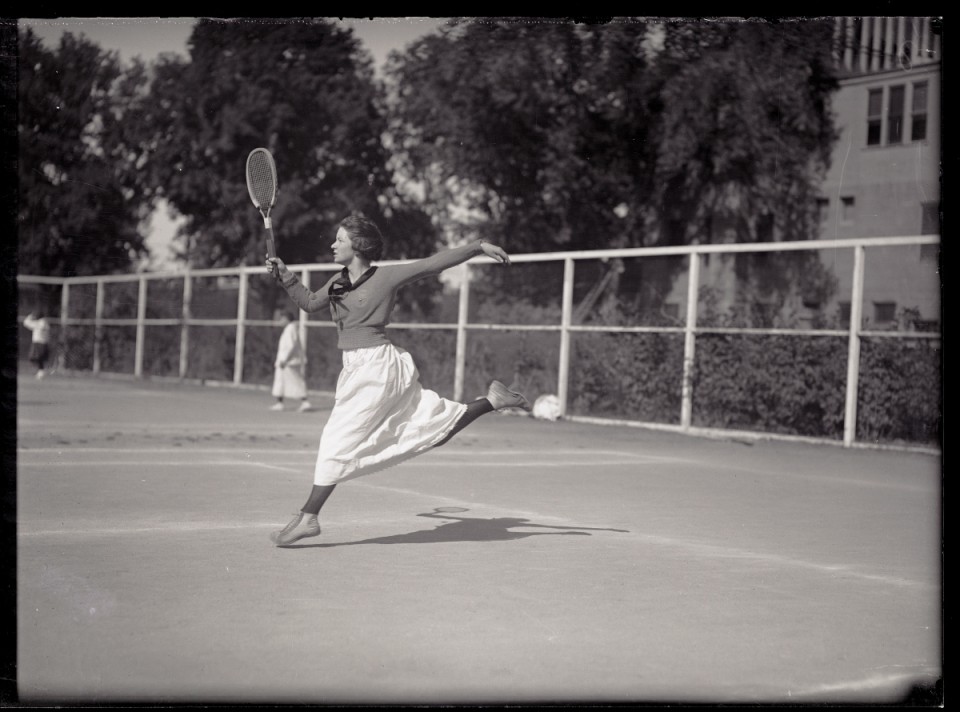 Who was this lady and where was she playing tennis?

Margaret House lived with her parents Edward B. and Harriet House, and brothers Edward B. Jr. and Joseph, at 804 East Elizabeth Street. According to the city directory, Edward B. House was a teacher at the Agricultural College, while Margaret’s brother Joseph was a student at CAC, and her other brother Edward Jr. was listed as USA (which probably means he was on active duty in U.S. Army – possibly near the end of his service during WWI). The archive of CSU photographs listed Edward Bishop House as Vice President and Dean of Engineering and there was a football player in 1921 named E.D. House who was possibly also a brother of Miss House. 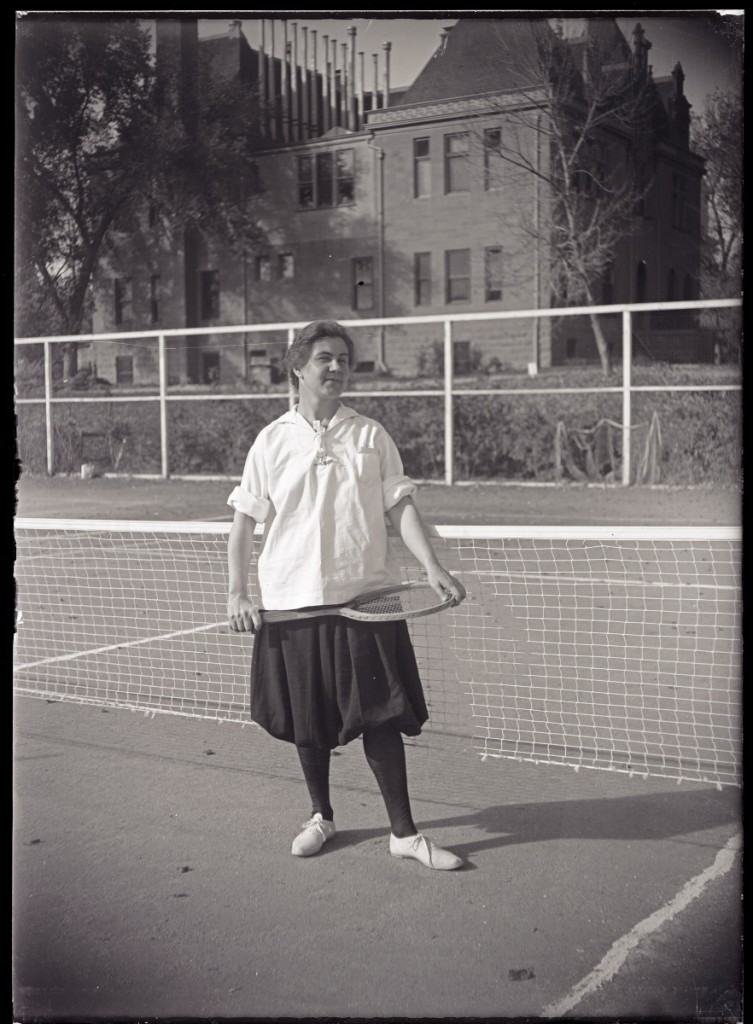 Unidentified tennis player at the Colorado Agricultural College in 1919. Note the ventilation pipes on the Chemistry Building in the background. (Colorado State University Archive. ID #: UHPC_1750) 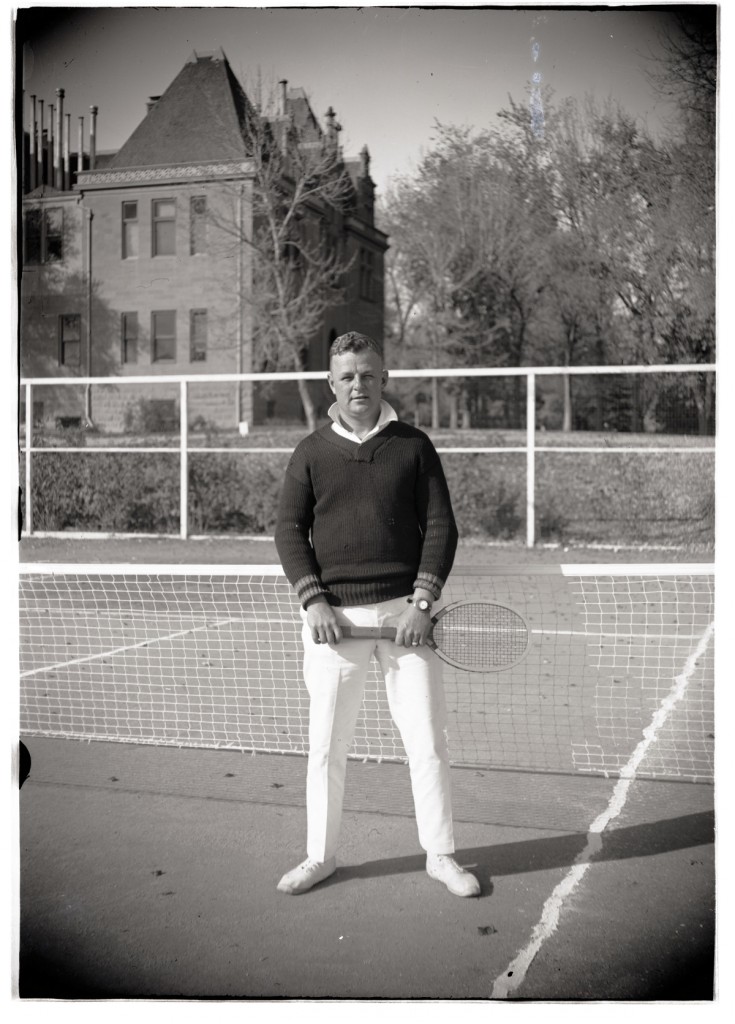 Colonel William Harrison, Professor of Military Science and Tactics, on the tennis court in front of the Chemistry Building at the Colorado Agricultural College in 1919. (Colorado State University Archive. ID #: UHPC_1751) 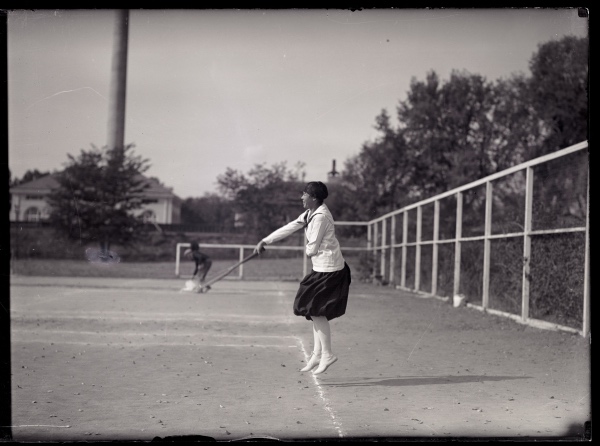 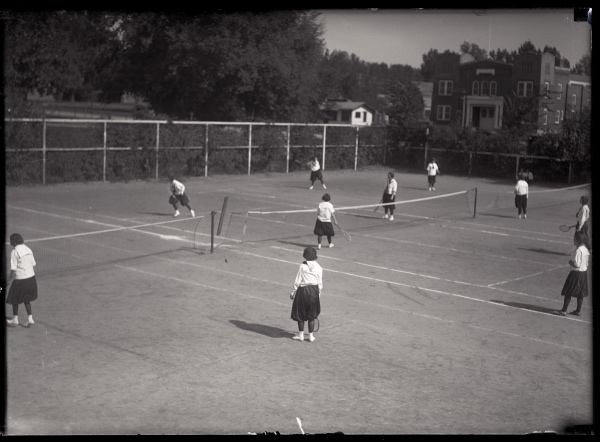 More team tennis as seen on October 10, 1923 with the Armory across the street at 826 S. College.(Colorado State University Archive #UHPC_4037) 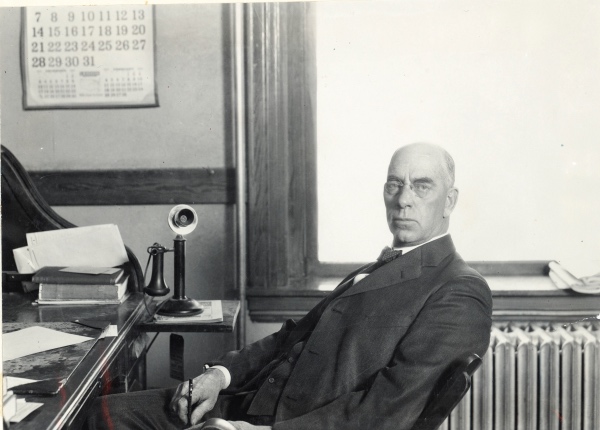 Although the CAC (Colorado Agricultural College) career of Edward B. House appears to be quite illustrious, it ended with some controversy.

Louis G. Carpenter resigned as the department head of Civil and Irrigation Engineering in 1911 and the “Responsibility for heading the Department of Civil and Irrigation Engineering now fell to Edward B. House. House, a native of nearby Greeley, had come to the College in 1896 soon after graduating from the University of Michigan. Initially assigned to teaching mathematics, he developed an interest in irrigation engineering and in 1905 obtained a master’s degree in that field from the College.”[1]

A new code of operations was adopted by the governing board in December 1933 by establishing five major divisions within the college, each under the authority of a dean. The five major divisions were agriculture, engineering, home economics, science and arts, and veterinary science. The code also established a registrar position to deal with management of student records and class schedules. The positions of dean of men and dean of women were also enacted by the code to oversee student living arrangements, extracurricular activities, and discipline, plus providing appropriate counseling. The governing board supported President Charles A. Lory for the appointment of the following as deans: Emil Sandstein – agriculture; Inga Allison – home economics; and George Glover – veterinary medicine. The board owed allegiance to Governor Adams and supported Edward B. House for engineering and George H. Whiteford for science and arts. “The disagreement over House perhaps held special significance because he and Lory had never enjoyed cordial relations.”[2] “In 1937, Dean Edward B. House’s Division of Engineering failed to achieve accreditation. In assessing the division’s program, the Engineers Council for Professional Development made particular reference to low admissions standards and shallow course offerings.”[3] The governing board met on April 2, 1938 and a motion was made for House and two others to retire as emeriti faculty, effective July 1, 1938. The motion was tabled. Governor Adams board appointee Horace B. Dye had disagreed with Lory on numerous occasions. Dye was pelted with criticism by letters, telegrams, and hostile anonymous communications, which resulted with Dye committing suicide on April 27, 1938. The governing board met on May 11 and 12. House was called before the board and interviewed the next day and shortly thereafter he was removed from office and retired.[4]

More about tennis at Colorado Agricultural College (C.A.C.) in 1919.

A fire destroyed the Chemistry building on December 22, 1921 and it was rebuilt using the same foundation and exterior walls. The Chemistry replacement building opened in December 1922 as the Botany building. A new Chemistry building was constructed on west side of the oval (later renamed the Weber building and currently the home of the mathematics department). The Botany building was renamed the Old Main Annex in 1959, when the new Plant Sciences building opened as home for the departments of Agronomy, Botany, and Horticulture. Old Main was destroyed by a fire in May 1970 and the Old Main Annex was demolished sometime in the late 1970s or early 1980s. 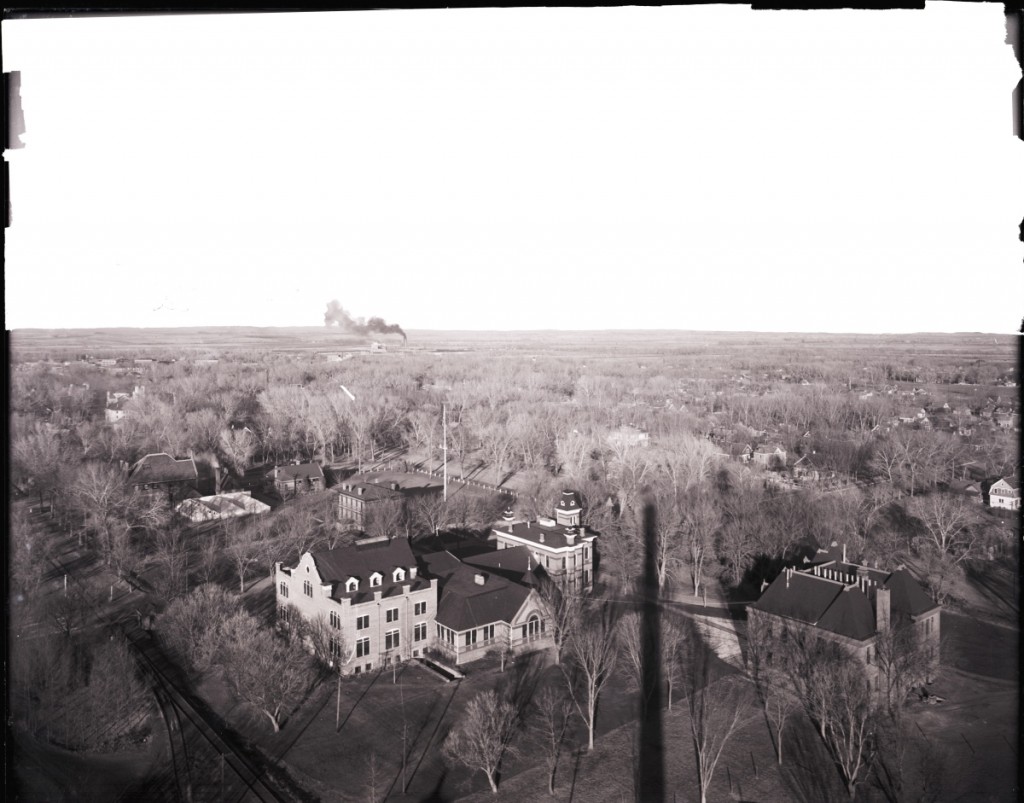 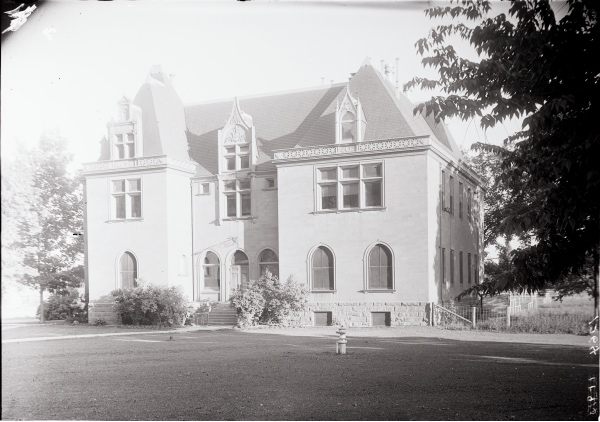 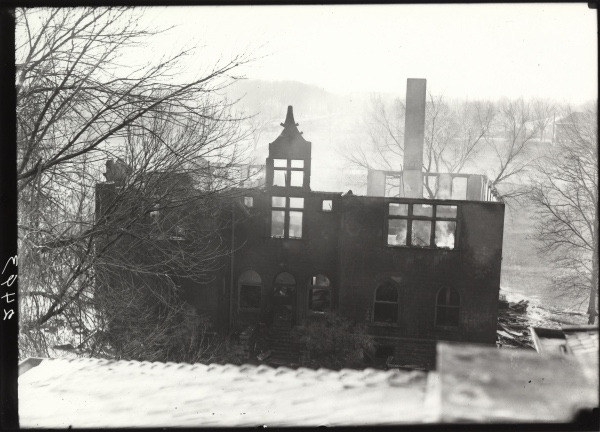 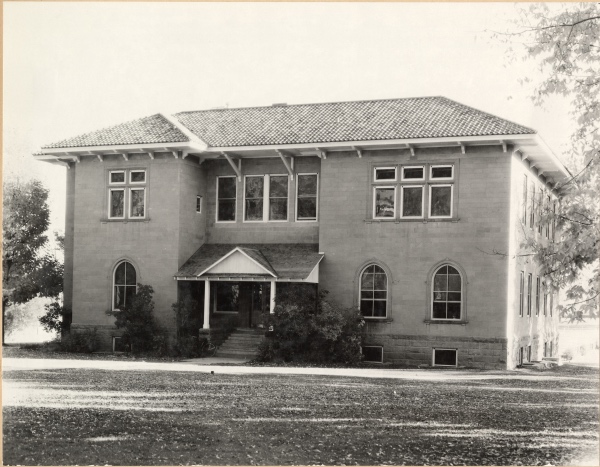 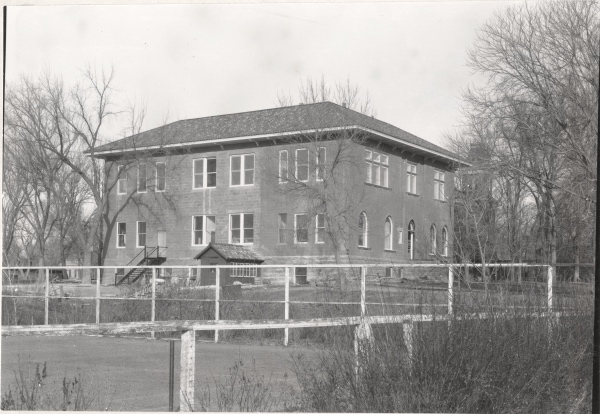 This is the back side of the rebuilt Chemistry building that was then used for botany. (Colorado State University Archive ID #UHPCSNP_2820) 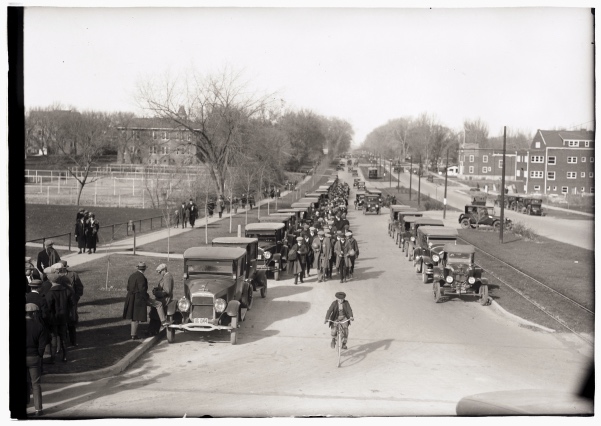 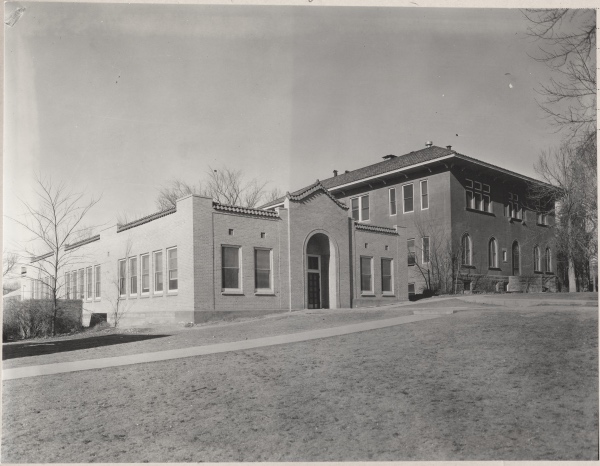 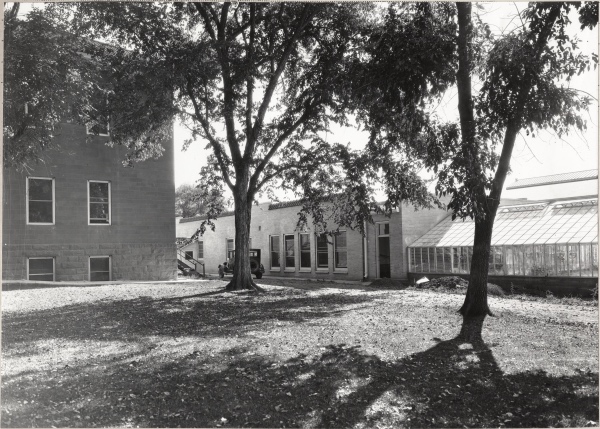 The backside of Botany and the Botany Annex on October 10, 1931. (Colorado State University Archive ID #UHPCSNP_12818) 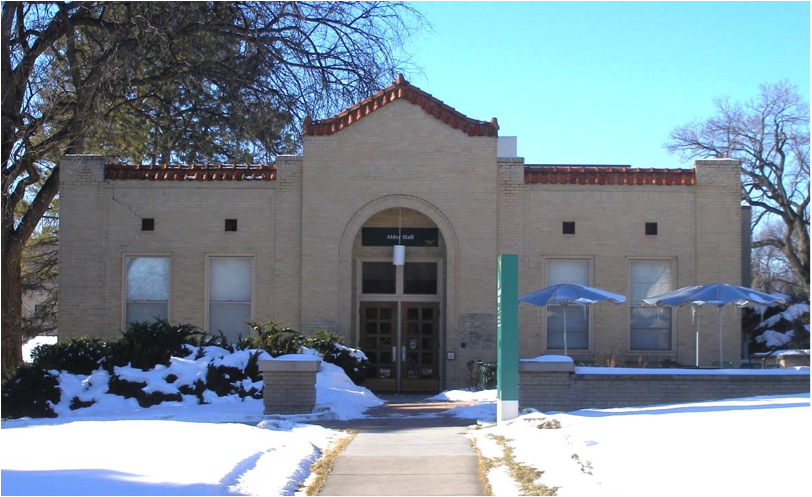 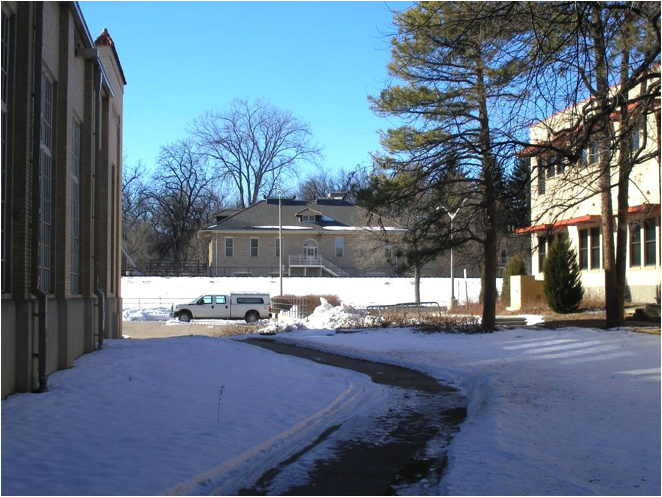 Background information regarding Miss House, her family, tennis, and some history of the buildings near the tennis courts of that era was provided here by Dean R. Schachterle’s research in December 2015. All photos were from the Colorado State University Archive digital collection online.