Preservation Commision, Historical Society, Preservation Department… what do they all do?!

As I talk to people about preservation efforts in Northern Colorado, I often have people mention that such and such a group did this or that. But, as a person somewhat steeped in the goings on of preservation efforts in the area, I know full well that the group they’re either praising or condemning had no part in what is being attributed to them.

With so many historical groups, it’s hard to keep track of who does what. Today I’m going to take a stab at explaining who does what regarding preservation work in Fort Collins, Loveland, Greeley, and surrounding areas. 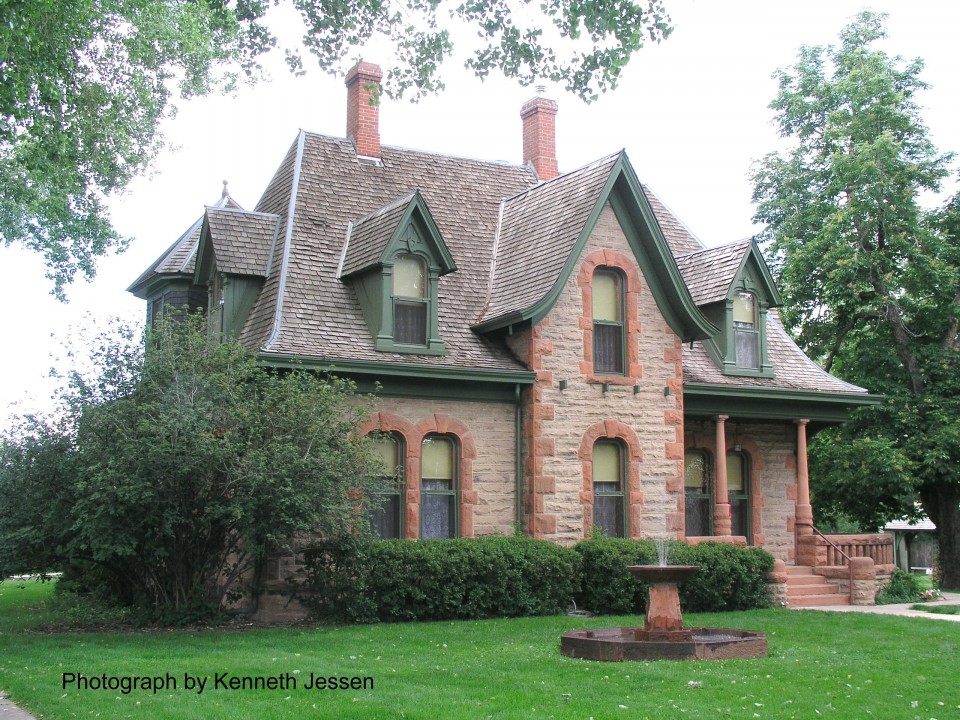 The Avery House is owned by the City of Fort Collins, was landmarked with the approval of the Landmark Preservation Commission and is maintained and showcased by the Poudre Landmarks Foundation. (Photo courtesy of Ken Jessen.)

Integrity: The property hasn’t been substantially changed since the “period of significance”. There are seven standards of integrity that the property must substantially meet in order to qualify as having integrity: location, design, setting, materials, workmanship, feeling and association. (All of these come with definitions to explain exactly what they mean.)

Significance: The property has a connection with an important person, event, building construction or architectural style (either as a standout example or as a particularly well preserved example of something more common), or the site holds information potential that could be unearthed through archeology. [1]

These are national standards, overseen by the Department of the Interior / National Park Service, so for a City to follow them, that means they’re following best practices when it comes to preservation. Buildings aren’t landmarked because they’re “pretty” or “cool” or hold sentimental value. Those things may be true of a place, but the property can’t be landmarked just because we “like” it. Landmarking has to abide by standards that are held constant throughout the United States. [2]

The Preservation Commissions can not landmark diddly squat — not one jot, not one tittle. Only the City Council can actually landmark a property. What the Preservation Commission does is vet the properties that come before them. If someone’s looking for financial incentives, but their property has been altered so many times it’s like the Dolly Parton of buildings, then the Preservation Commission’s job is to say “Hit the road, Jack,” thereby keeping the City Council from having to deal with someone who really doesn’t care about the integrity of their property, they just want the big bucks. (And there are some pretty big bucks involved in historic preservation.) Likewise, when there’s a real gem that’s of great social and historical value to the city, the Commission will jump up and down, wave their hands in the air and say, “This one! Landmark this one!” (OK, so maybe they won’t get quite so excited. But that’s probably what’s happening on the inside..)

Essentially, a Preservation Commission is a support team to help owners of historic properties maintain and keep them viable as historic structures. This assures that property owners can continue to take advantage of substantial tax rebates and other financial incentives, which is a boon not only to the property owners, but to the City as well (since that money will in turn pay for local skilled craftsman to help maintain and improve those properties).

The people property owners are more likely to deal with are the City Preservation Staff. Not everything gets sent to the Preservation Commission. Instead, quite a bit is dealt with administratively through the Preservation Department of the local City government. They’ll help you work through what the Code means for your situation, what financial incentives you can take advantage of, … they may even be able to tell you more about the history of your property. 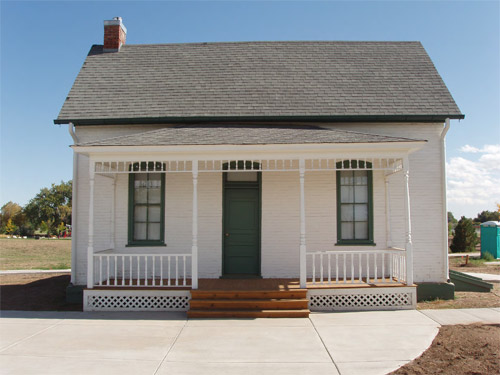 Preservation Commissions are also part of the City government. But they’re made up of unpaid volunteers.

Historical Societies are non-profit organizations generally devoted to passing on information — stories of pioneers, information about historic places, details and tidbits about the people, events, and progression through time that the city and its people have passed through. They may organize city residents to help save a specific property, and they may own or operate services within a local historic property. But they don’t have any purview over preservation efforts in the City in general.

The Fort Collins Historical Society has been waning of late. That’s hopefully beginning to change as fresh blood jumps on board and helps to get the word out to a wider population. The FC Historical Society hosts five talks a year which are free and open to the public. Each year focuses on a specific theme and includes a variety of speakers. (The quality of the speakers is top notch, despite the sometimes low turnout. This organization is really a forgotten gem in the city and one that hopefully more people will learn about and take advantage of.) The Historical Society has a website, but it’s not updated frequently, so watch the History Now newsletters put out by yours truly to keep up to date on what’s happening. (Sign up here if you’re not receiving those. They only come out once a month.)

The Loveland Historical Society is a juggernaut of activity. They own two properties (though I’m a bit confused about whether the City of Loveland actually owns the Milner-Schwarz house) and host talks, movie showings, field trips around Northern Colorado, and events. Their walking tours of historic Loveland are definitely worth checking out. And one thing I find especially intriguing about this group is that they also host events that focus on historic items of national interest (such as addressing WWII topics, among other things). To find out more about all that this dynamic group is up to, check out the Loveland Historic Society website.

Though I’ve found mentions of a Greeley Historical Society online, I can’t find any reference to the actual organization. There’s only quotes by people referencing them, and for all I know they mean the Historical Preservation Commission. If you have details on a historical society in Greeley, please let me know. There are a lot of great historical presentations available in Greeley, though. Many are hosted by the Historic Preservation Department (which won an award a couple years back for their educational programming) and more are offered by the Greeley Museums.

The Windsor-Severence Historical Society holds regular meetings and is very good about posting notes from the meetings on their website.

I’d be remiss if I didn’t mention the Poudre Landmarks Foundation in this list. In some ways its operations are similar to that of many historical societies. It doesn’t own any property, but it does operate and maintain both the Avery House and the Water Works — properties which are owned by the City of Fort Collins. It holds events to support their work, gives tours of the two properties, and occasionally hosts a speaker on a topic.

There are also several organizations that I haven’t even mentioned such as the Pioneer Association; a jillion museums of all sorts, shapes, and sizes; the Poudre Heritage Alliance, the Virginia Dale Community Club and probably even more that I haven’t heard about. Keeping track of who does what can get confusing. But when it comes to landmarking buildings, it’s the Preservation Department and the Historic/Landmark Designation Commission/Committee that are most intimately involved. (And remember, only a City Council can actually landmark a property.)

Unincorporated County and Some Small Towns

Larimer and Weld Counties do not have historical preservation departments, nor do they have preservation commissions. (Some counties in Colorado do, but not ours.) This means that any landmarking that takes place outside of an area that does have preservation systems in place can only seek state or national historic designation. They can take advantage of financial incentives through those programs, but there is nothing at either the state or national level that protects those properties from substantial alteration or demolition.

Local programs tend to do the best job at ferreting out what’s really important for that specific locale and then setting up protections so that the place (and the history it embodies) will not be lost to time.

Every month I publish a newsletter called History Now that lists events being put on by local history and heritage organizations. If you would like to subscribe to that newsletter, you can do so here. It gets sent out once a month and lists upcoming events for the following two months. I keep a list at the end of that newsletter that links to organizations throughout northern Colorado that often hold events worth checking out. If there’s an organization that you think should be in this list but isn’t, please let me know.

[1]: This is a layperson’s description of what the Preservation Commission would be looking for. If you’re interested in a more technical explanation, you should check out the U. S. Department of the Interior / National Park Services’ Technical Preservation Services website which explains the Secretary of the Interior Standards for the care and keeping of historic properties as well as how to determine if they can qualify as historic in the first place.

[2]: As in all industries, these best practices are constantly faced with new situations, new physical constraints, new legal battles, etc. All of these things test and retest the standards that are used and therefore briefs are published explaining best practices for a variety of situations.