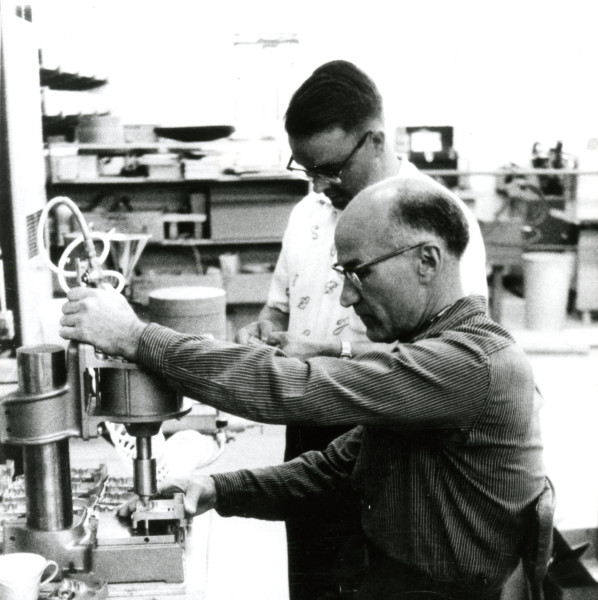 “Gerald Moyer, co-inventor of the oral irrigator, works on his invention with one of Water Pik’s early engineers.” (From the Fort Collins Archive – #H25265)

The Briggs building, at the corner of Oak and Mason, used to house several medical professionals, including a dentist by the name of Gerald Moyer. Dr. Moyer had an idea one day for a electrically powered device that would shoot a small stream of water into a person’s mouth and clean out any debris that was stuck between the teeth and gums. He wasn’t entirely sure how to create such a device, however, so he proposed the idea to one of his patients, John Mattingly, an engineer. 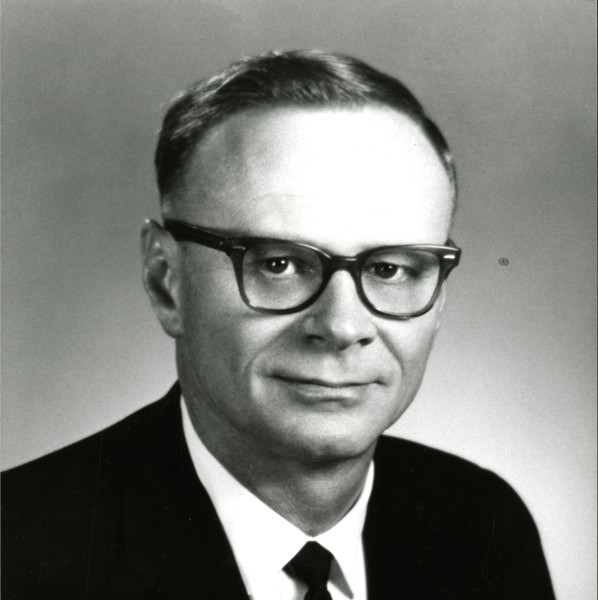 As they worked together to develop a syringe-like device, they pulled in another dentist that worked in the same building, Dr. Thomas W. Bennett. Together they developed a tool that was first sold under the name Aqua Tec in 1962. The company later came to be known as Water Pik.

As the trio worked to perfect the device, they asked patients to test it out and give feedback. One of these testers was one of Dr. Moyer’s patients, Gene Rouse, who was so thrilled with the device when he tested it out that he financially backed the company to help give it a jump start. (He’d probably be called an Angel Investor today.) Thomas Bennett was also a financial backer (as were other members of his family).

Dr. Bennett’s daughter, Polly, was the first print ad model in 1962. As she recounts, “I was using the WaterPik over a sink in Gene and Betty Rouse’s bathroom. I was in second grade, and was paid in WaterPik stock.” 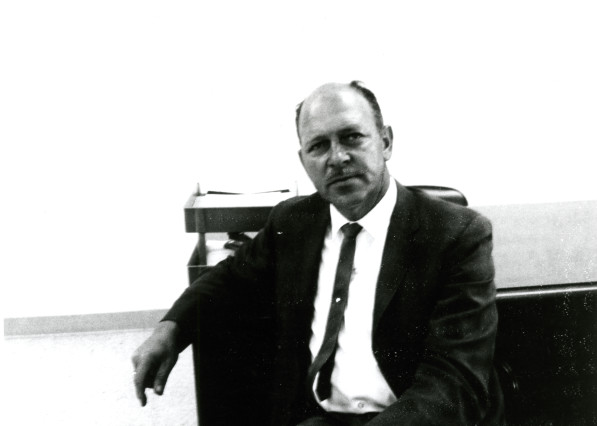 Interestingly enough, Moyer wasn’t the first person to think of using a stream of water to clean teeth. A former Larimer County Dental Society president, Clarence D. Matteson, took out a patent for a Hydraulic Dental Syringe on April 8, 1958, years before Moyer and Mattingly began their work that eventually led to the Water Pik. 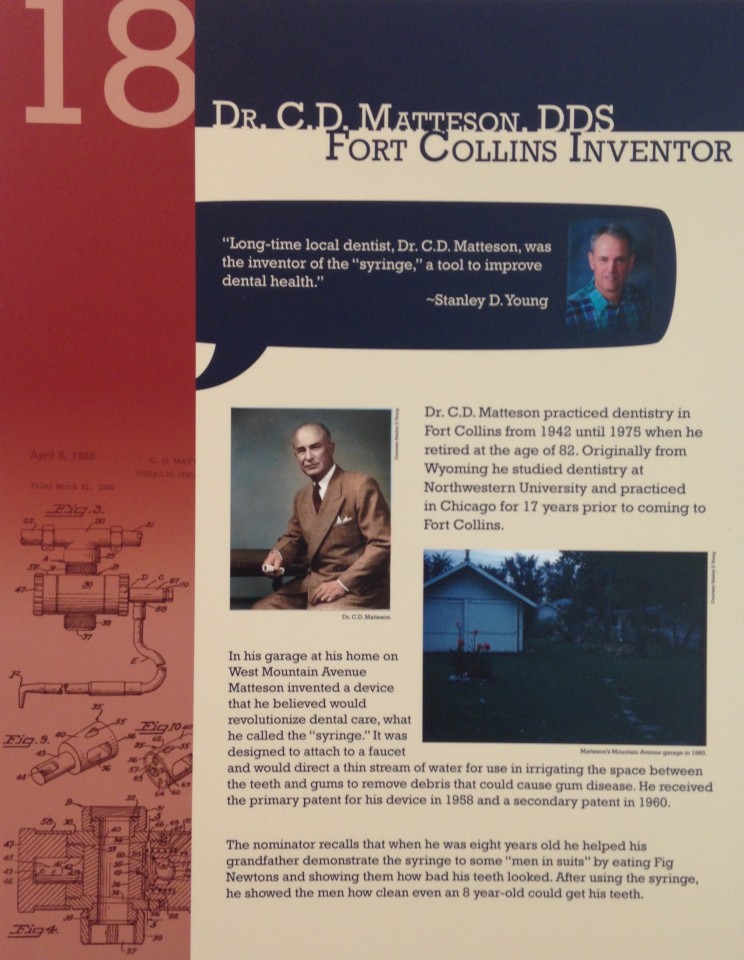 Matteson was honored for his contribution in the Fort Collins Museum of Discovery’s FC150 display in 2014-2015.

Based on the dates that patents were filed, it certainly looks like Matteson was the true inventor of what was later developed into the Water Pik of today. Did Moyer steal Matteson’s idea? Some believe so. But you won’t find Matteson’s name listed in any of the history’s published by the Water Pik company.

Thanks to Penny Mueller Brown for pointing out the connection between the Briggs building and the origins of Water Pik.

And thank you to Polly Bennett, who filled in information about her family’s involvement, especially that of her father, Thomas W. Bennett, DDS.