Then & Now: The Indian Hills Neighborhood

As Fort Collins began to grow in the post war period, several new housing developments sprung up — Circle Drive, the Mantz Addition, University Acres, Highlander Heights, the Sheely Neighborhood and several others. Among these was Indian Hills, a development just south of E. Stuart that was the brainchild of Bob Everitt. It has the characteristic winding streets of new subdivisions from this time period as well as ground hugging architecture and expansive building footprints.

Many of the houses in Indian Hills remain largely intact. Of the random houses I selected, there’s only one with a noteworthy façade change. Many of these properties were photographed by the County Assessor’s office while they were being built. (Note the dirt instead of lawns and in some instance, the dirt streets.) It appears there was another round of picture taking in 1967. So I included both photos when they were available.

The selection of houses appears here in chronological order (based on when they were built). 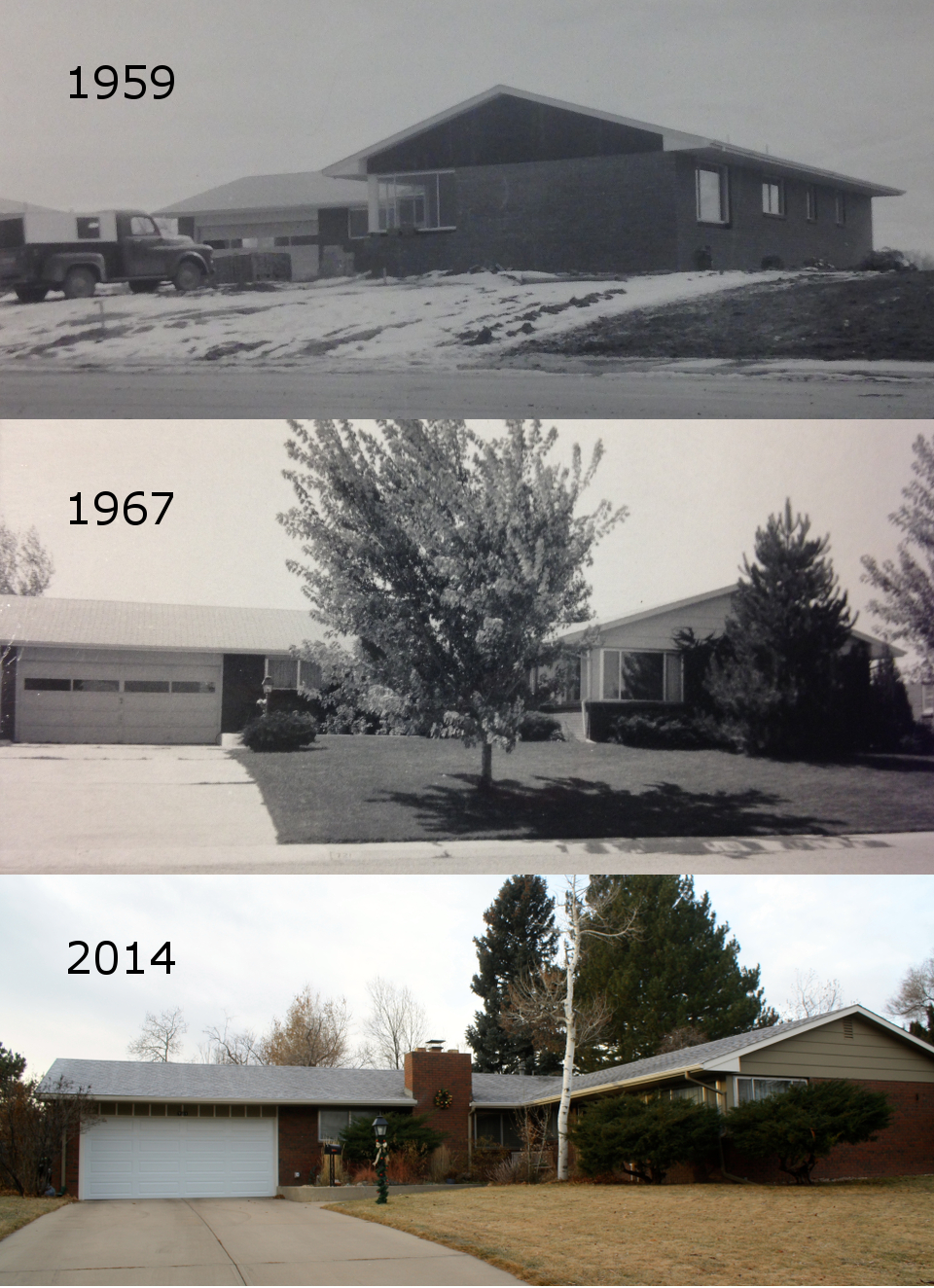 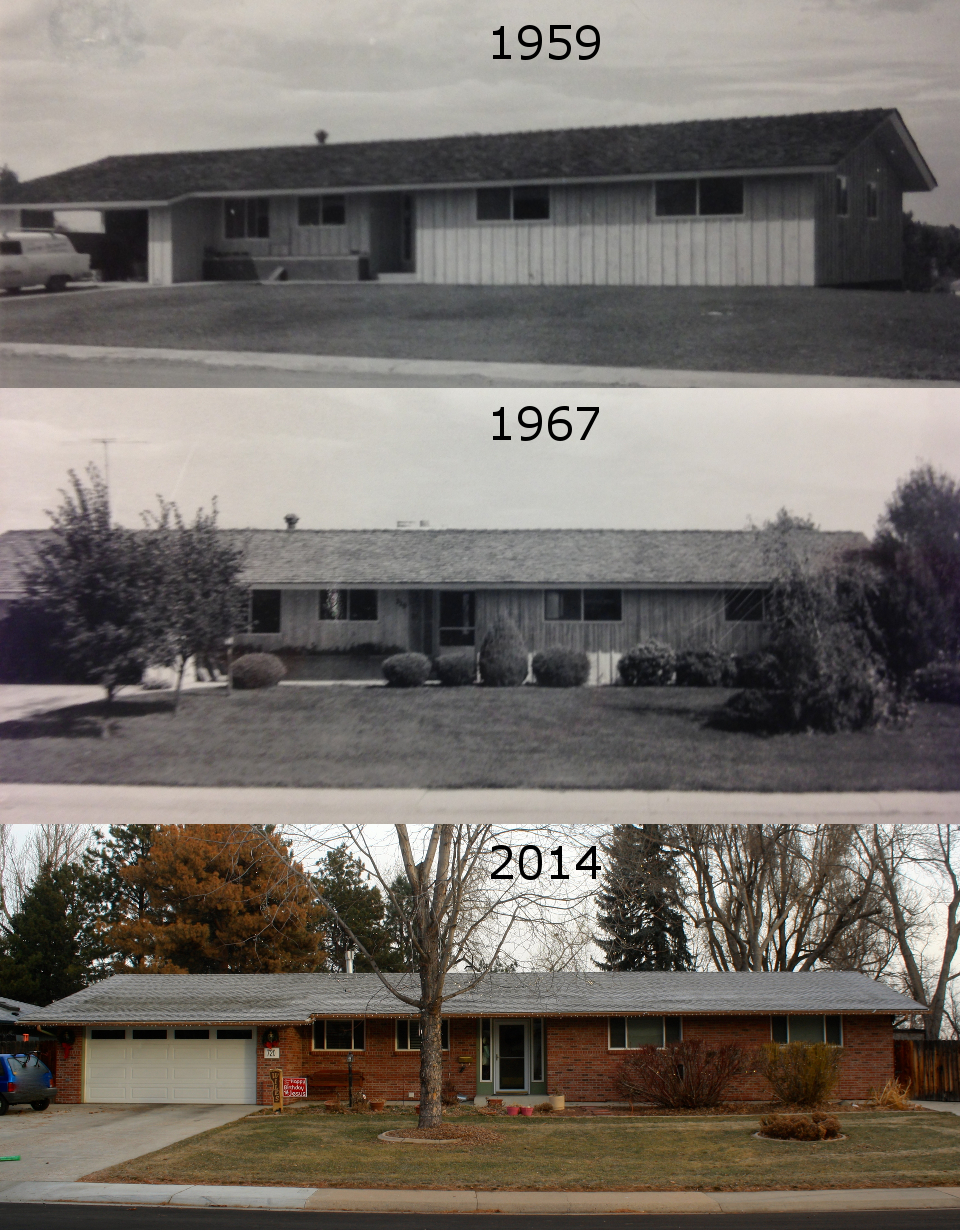 Note the vertical wood siding in the older pictures of this house. When I pulled out the Assessor’s files, I almost thought I was looking at an entirely different house. But the windows are all in the same locations (though they’re a slightly different style now) and the layout and profile of the houses are identical. It’s all the same building, but at some point in the past several years the house got a bit of a makeover. 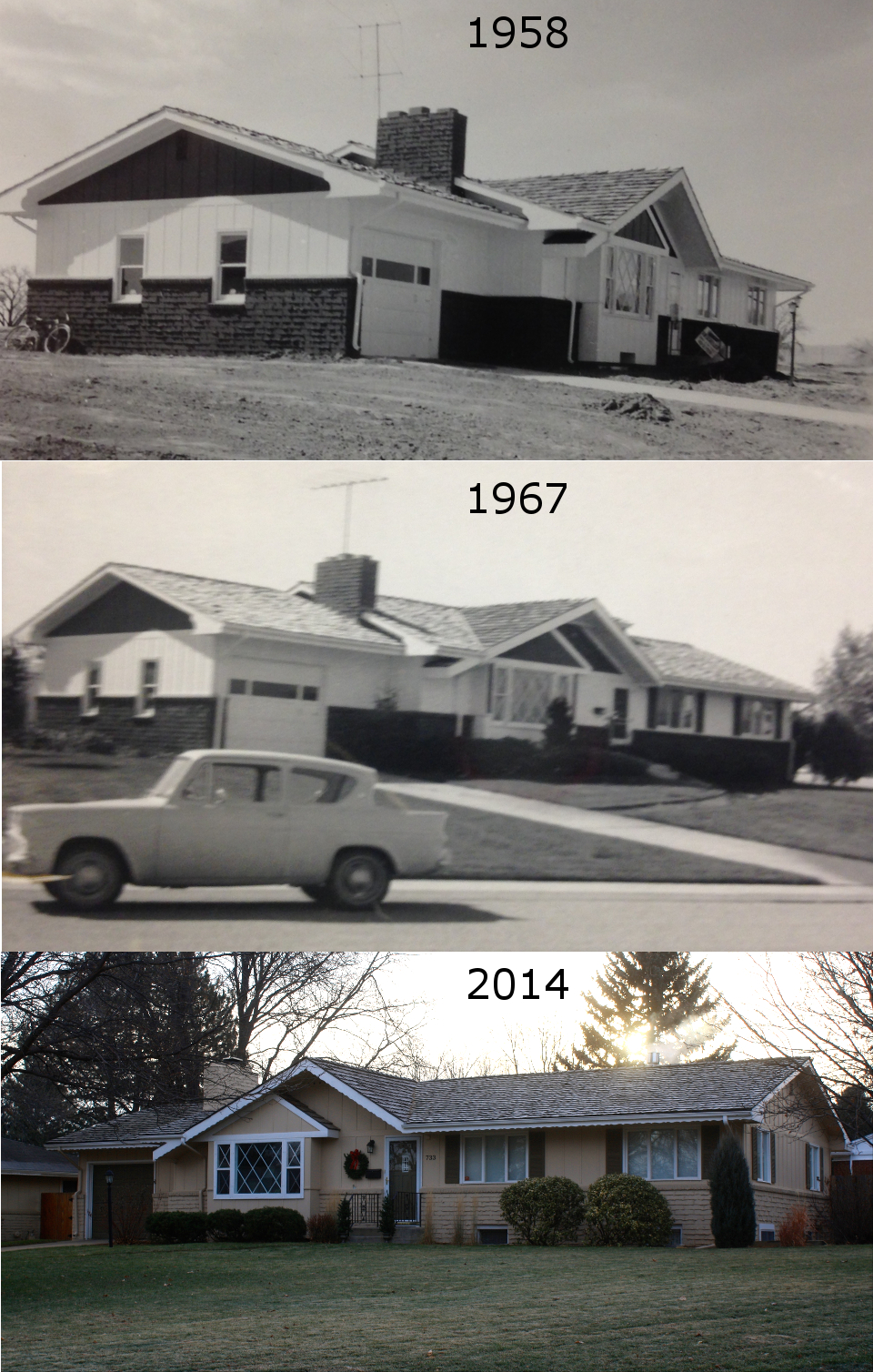 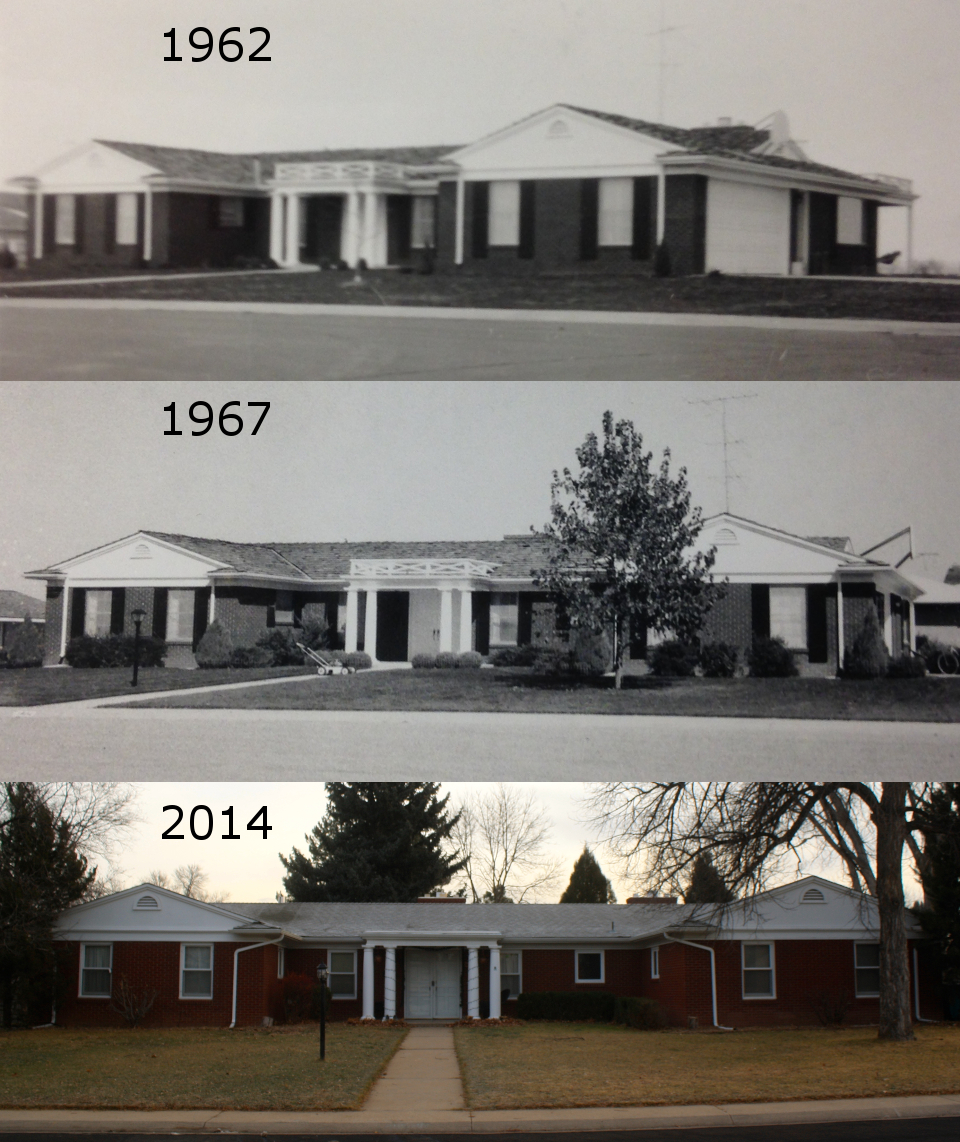 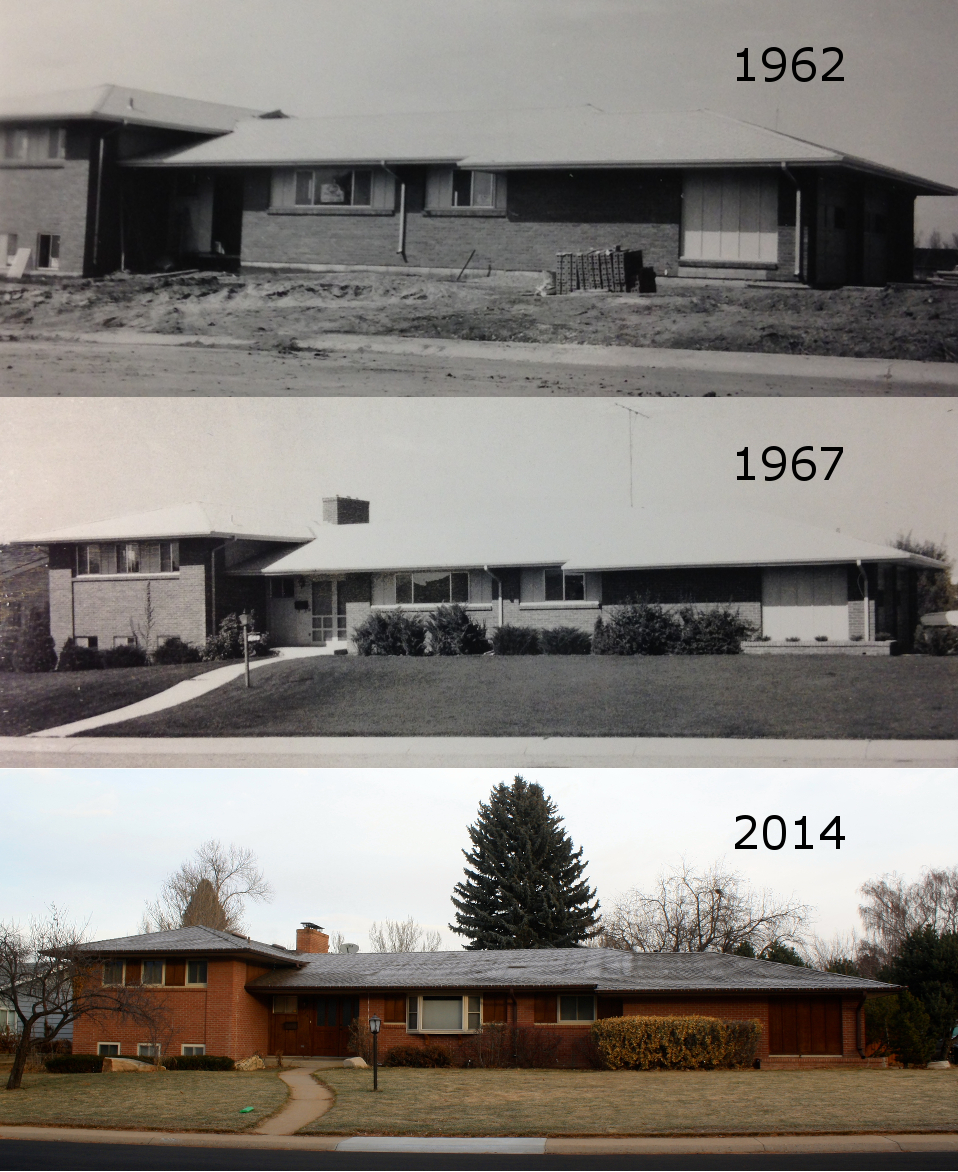 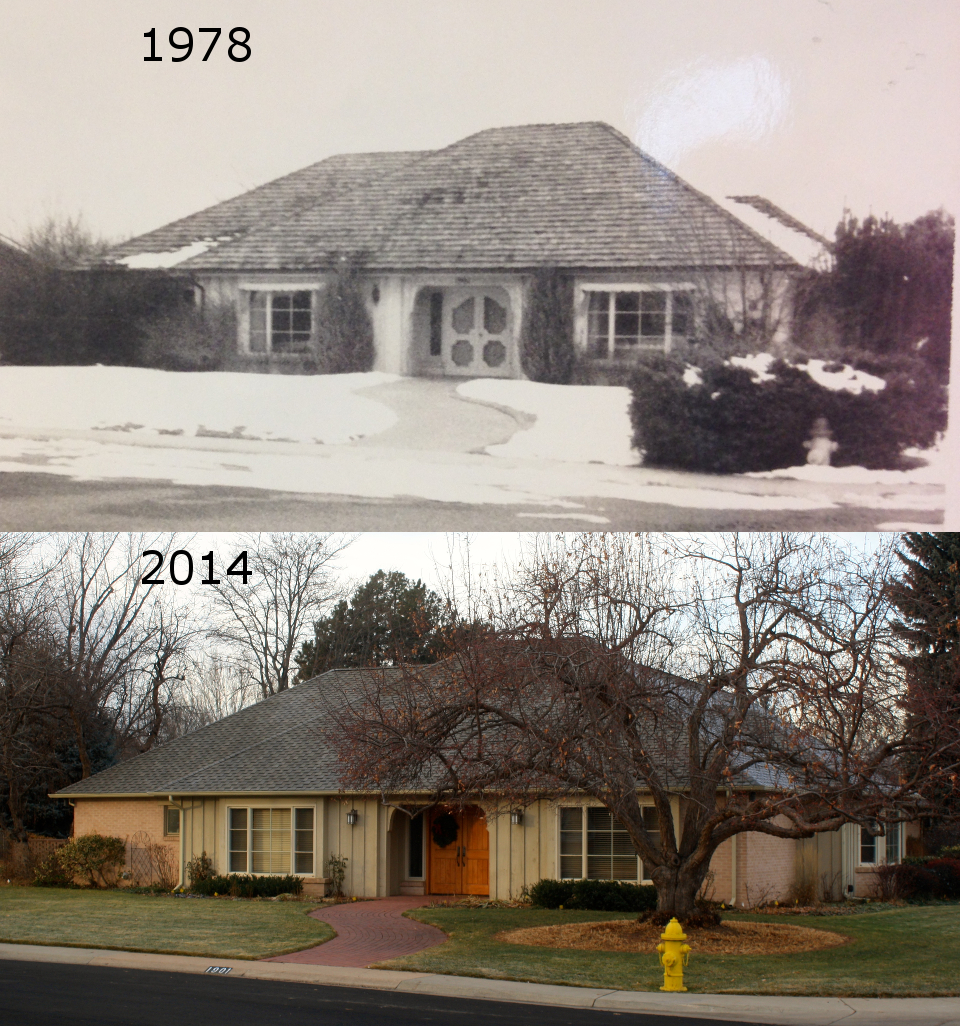 This house was one of my favorites. It has such a fairytale cottage feel to it.

Based on the information on the Assessor’s Records, it’s also over 3000 ft2. Yowza! This is a great example of how the post war boom led to larger housing sizes. The Greatest Generation had returned from the war and they were ready to live large. (There must have been an addition added between the time of the early Assessor’s cards and now, because the online listing puts the house at 4106 ft2.) 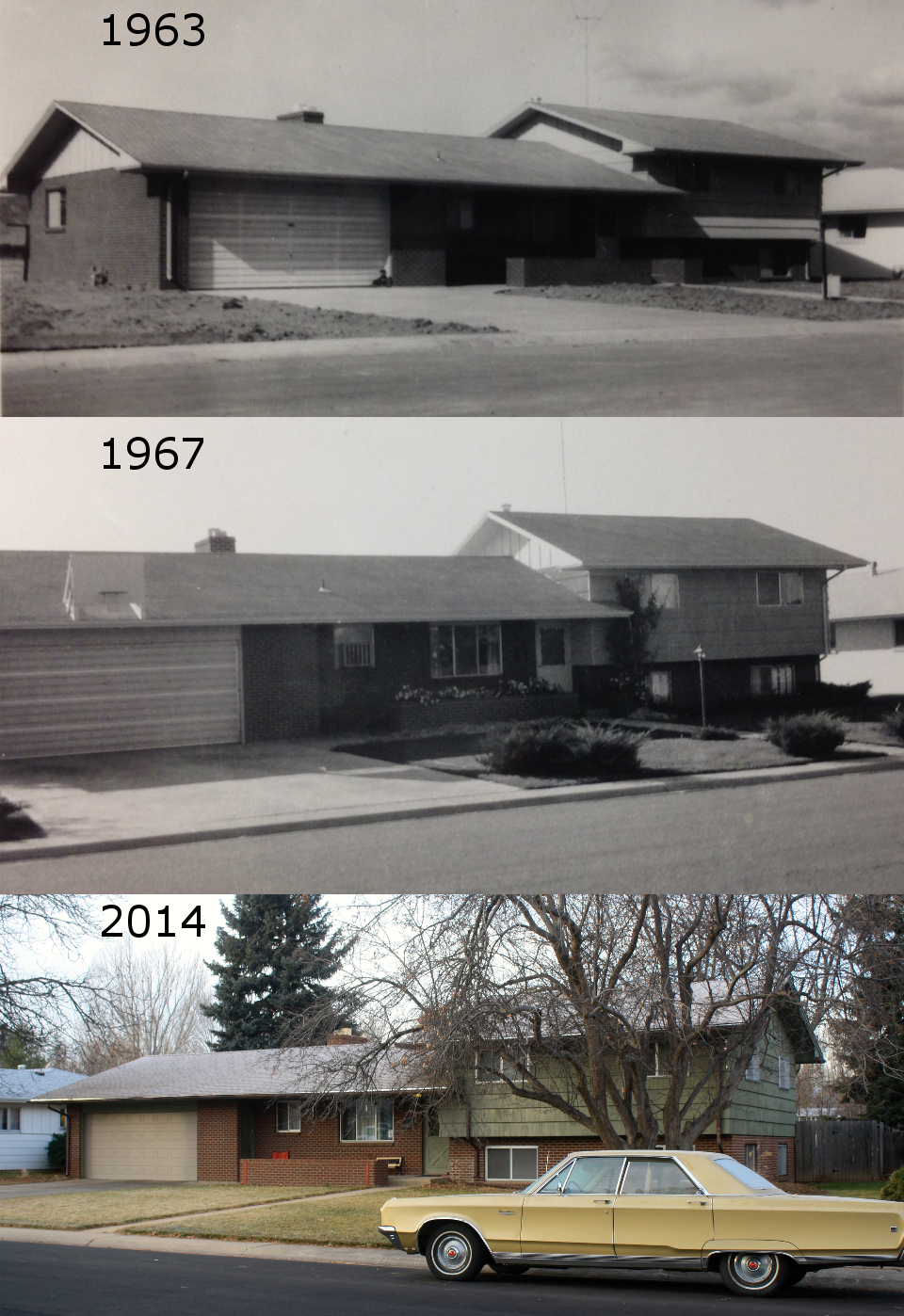 I was particularly pleased to get the above photo that included the older car!!! I was hoping I’d find the same car in one of the County Assessor photos. But no luck there. *snap* 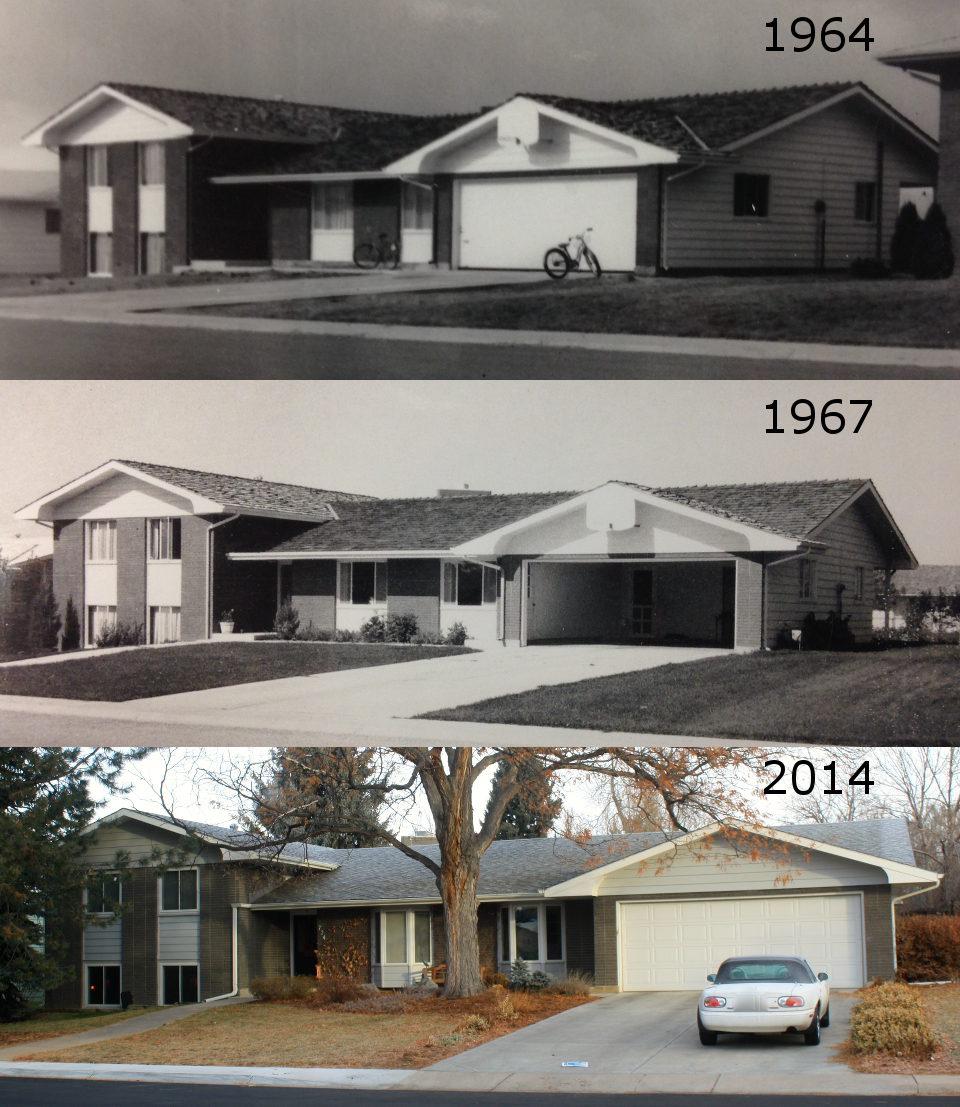 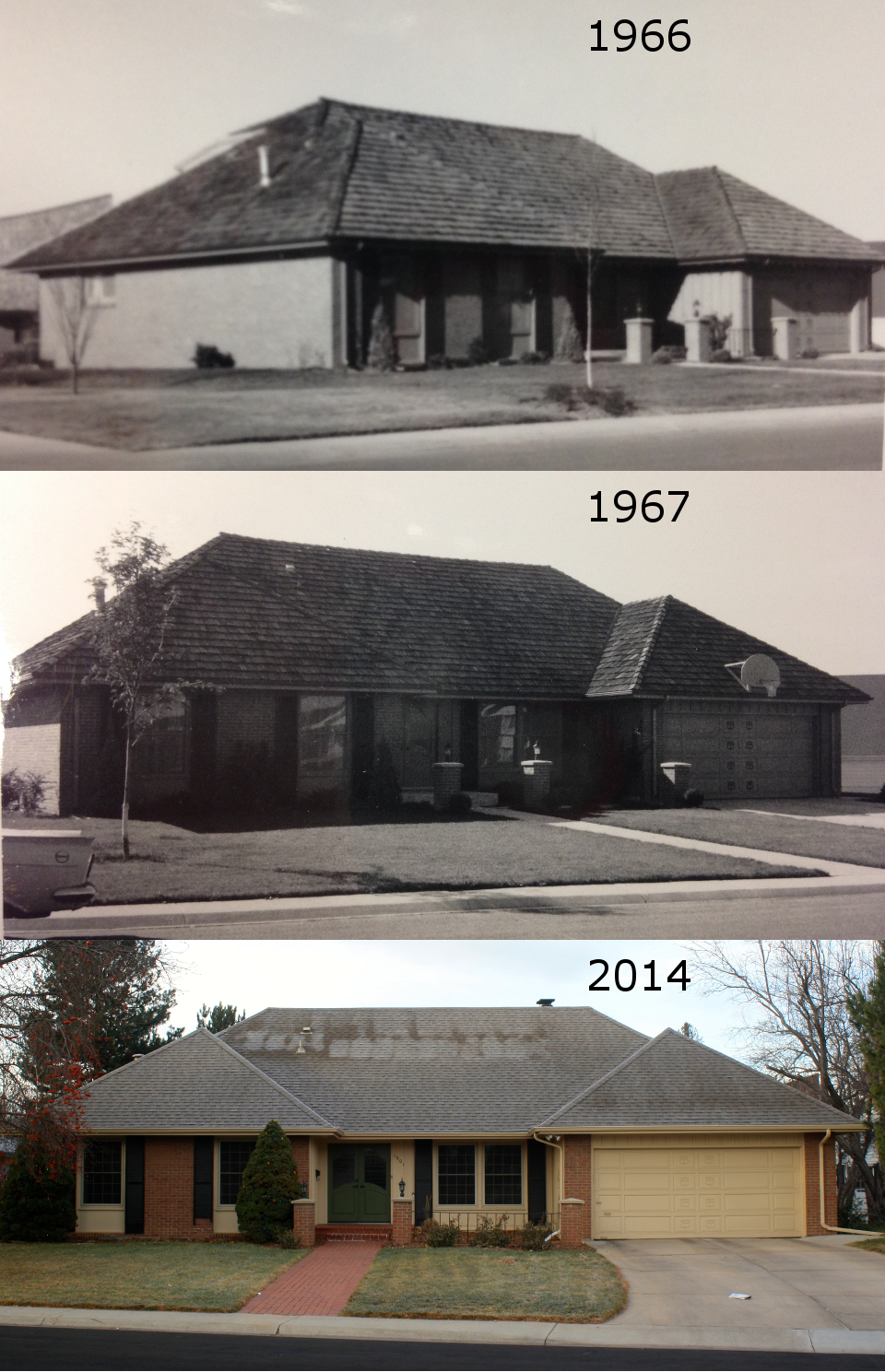 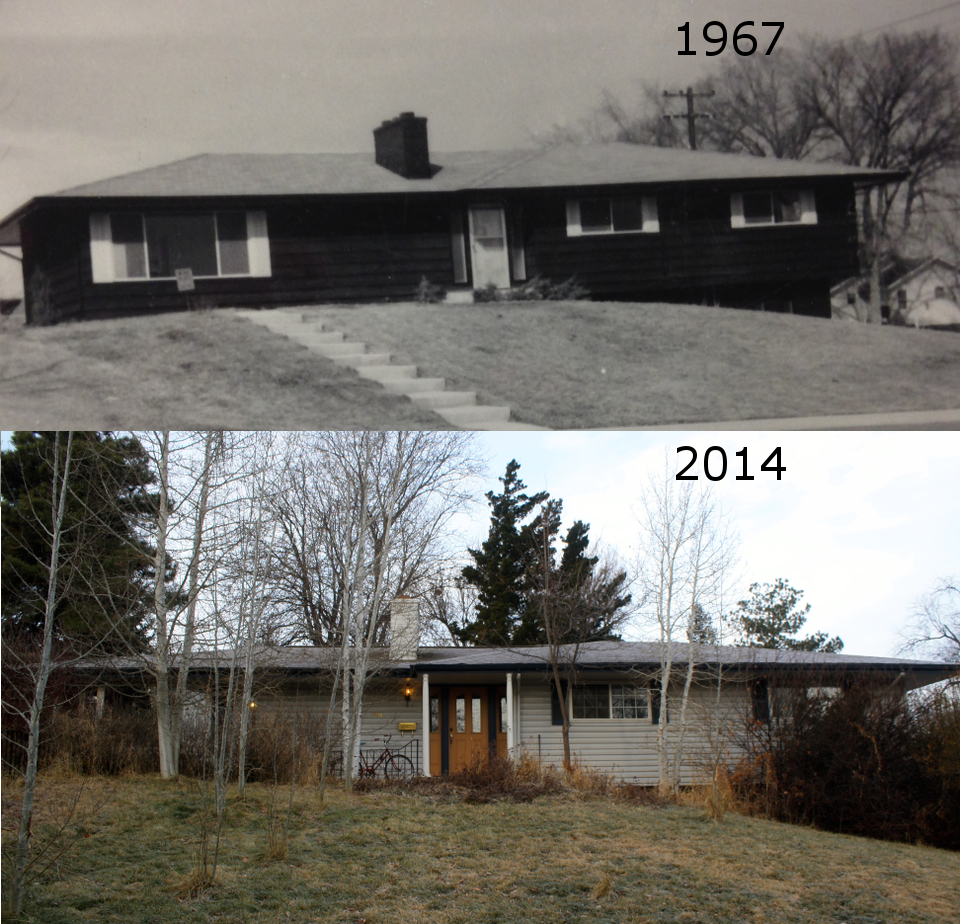 The house at the very top of the article is 905 Cheyenne Drive. I didn’t locate the County Assessor’s record for that one.   :-\