Every family has its stories. They are passed down from generation to generation and over time one begins to wonder how much is true. Such is the case in the Cienfuegos family, here in Fort Collins. If their story is true, then I can credit Pancho Villa (in a roundabout way) with the newly reupholstered seats in my husband’s and son’s cars. And based on other stories that I’ve found online, it’s quite possible this story is accurate.

Chihuahua, Mexico is well known for its lead, zinc, and silver mining. It was a grueling and dangerous job for the miners, however, and around 1920, young Socorro Cienfuegos, a married man with four young children, succumbed to fumes (either smelter or mercury fumes, or perhaps a combination of the two) in the silver mine where he worked. He died and his wife, Refugia and their children moved to live with her family.

The story goes that Pancho Villa sent men out one day to ask about the loyalty of the peasants in the area. The Sanchez family (for Refugia was originally a Sanchez) swore that they were loyal to Villa. (It was the smart thing to do.) But in the middle of the night a neighbor came charging out to where they lived with a warning. He had joined Villa’s men for dinner and while they were sitting around eating, the men reported back on what they had learned of the peasants while they were out. The man who had interviewed the Sanchez family told Villa that the family would fight him, and Villa replied that the whole family — men, women, and children — should all be killed. It was at this point that the neighbor slipped out and sped to warn his friends.

The Sanchez family scattered. Many remained in Mexico, but strong willed Refugia gathered up her four children — Lucy: age 7, Mike: age 5, Chancio (Joe): age 2, and Cora: age 1 — and she jumped on  the El Paso Electric Railway, seeking refuge in America. The date was December 27, 1922. In El Paso, she was able to sign on with the Great Western Sugar Company, which was desperate for field hands to work the sugar beet fields. They sent her to a small town in Colorado called Fort Collins.

It turns out that in December of 1922, the government divided the land around Villa’s estate in Chihuahua and gave it to the peasants. When the people came to take possession of their property, Villa’s men blocked their way. It’s quite possible that the Sanchez family came to occupy their land and Villa’s men decided that despite their lip service, the family’s intention was to stay on the land. By the following year, Villa had been assassinated. But by that point, the Sanchez family had already dispersed.

This clipping from the 1930 Census shows that Refugia and her children lived at 253 1/2 Linden Street (upstairs from where Old Town Distilling is today).

For eight dollars an acre (per year), the family blocked beets, weeded three times a year, and in the fall they topped the beets to prepare them for processing in the sugar factory. They lived in a small apartment at 253 1/2 Linden Street where they likely shared a bathroom with several other tenants. As the kids grew up, they took on other jobs in the area.

The younger of Refugia’s boys, Constancio, left school in the eighth grade. He took several jobs including working in the bean fields for Kuner-Empson, working for the Civilian Conservation Corp for $30/month, working as a mechanic for Johny Ayers, who owned the shop just below the apartment where the family lived, and he even worked for awhile with the railroad.

Constancio went by the name Chancio, and his good buddies called him Clencho. But one day while visiting the junk yard where Houska’s stands today, the mechanic there couldn’t pronounce his name, so he called him Joe, and the name stuck.

Johny Ayers paid Joe $13 a week. But when Joe got married to Teresa Dominquez in December of 1940, Johny bumped his pay up to $18 a week.

In December of 1942, Joe enlisted in the army where he rose to the rank of sergeant. He fought with the 7th Army, 3rd Division. The following November, he filled out the paperwork to become a U.S. Citizen. 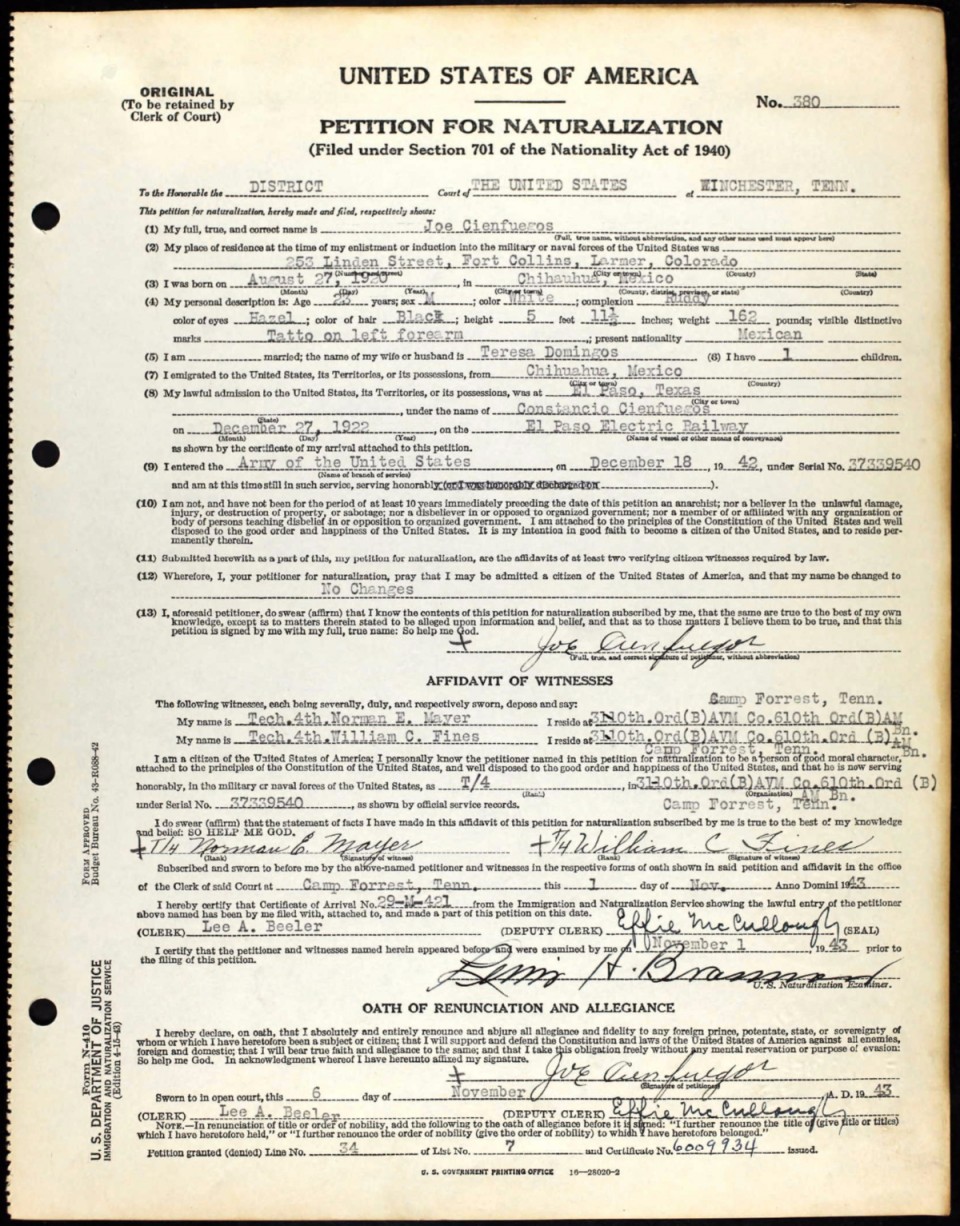 Joe fought in Germany where he was wounded, captured, and imprisoned. Once freed from prison, the Army shipped him back to the States. Upon his return stateside, he was granted United States citizenship. 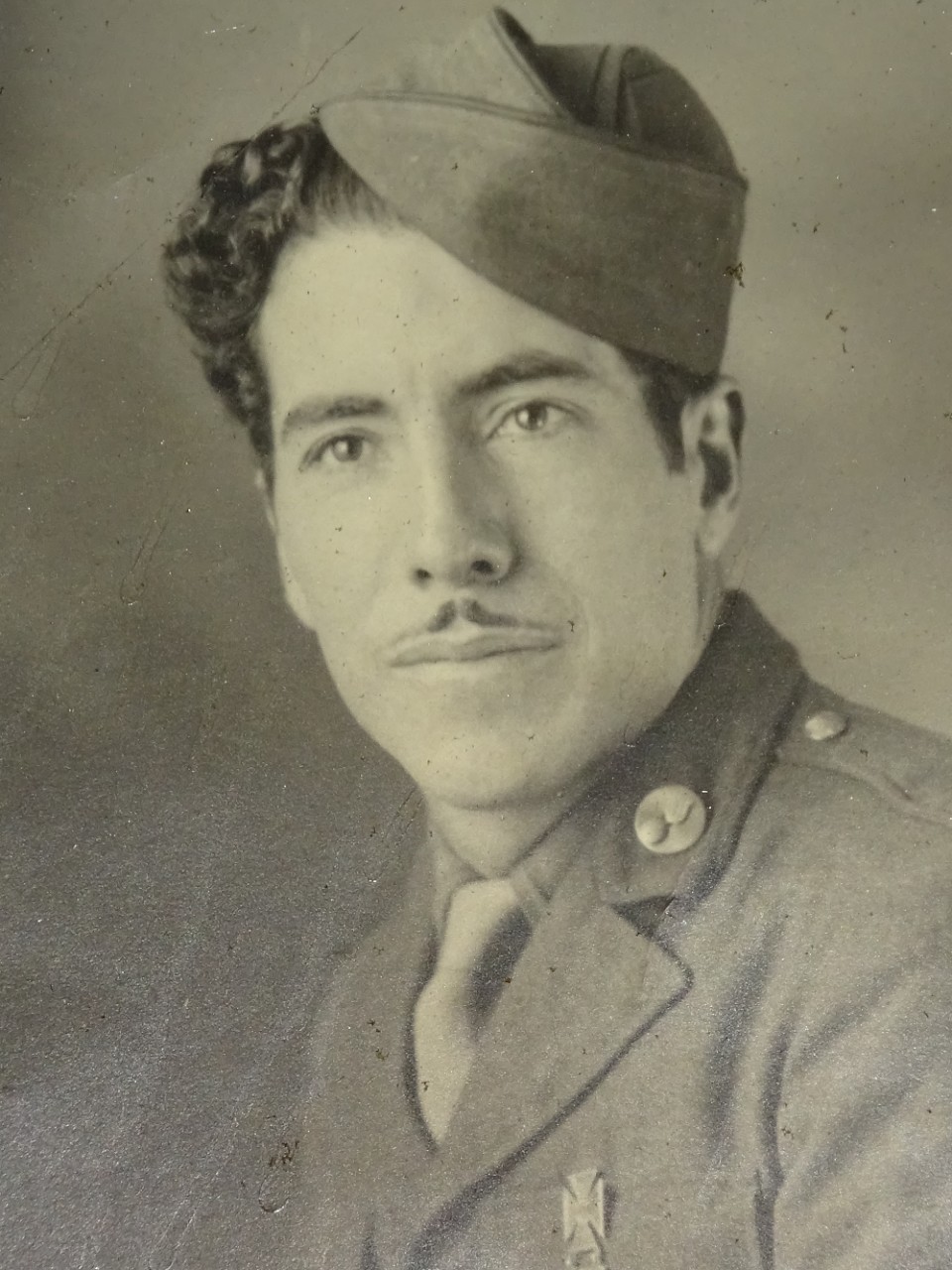 With the money he’d made in the military, he was able to purchase the building next door to the apartment where he had grown up, where Hawley’s Buggy Shop had been. He set up a business there at 247 Linden Street and he named it Joe’s Auto Upholstery. The business did well. It was the era of the automobile and people liked to keep their vehicles in pristine condition.

One day Joe and his army buddies went to grab some drinks at a local bar. The bartender handed everyone a beer excpet Joe. He said, “We don’t serve Mexicans.” Joe’s friends told Joe to sit tight. They then proceeded to let the bar owner know exactly what they thought of a business that didn’t serve decorated American veterans. 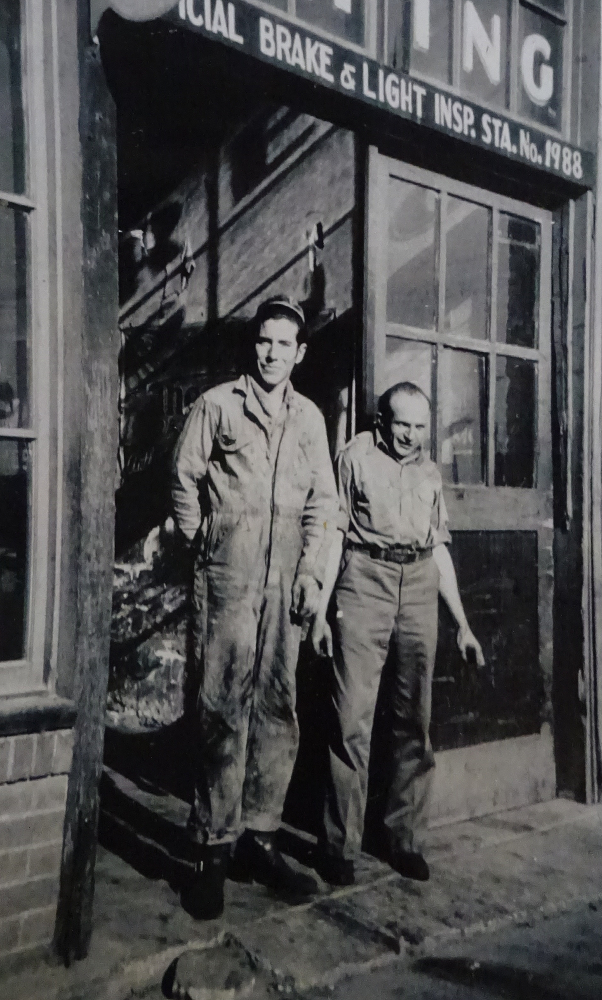 Joe and his wife, Teresa, had three kids — Joe Jr, Richard, and George. When Joe Jr. was old enough to attend school, they sent him to the Remington School. There he was assigned to Margaret O’Dea’s classroom. She sent him right back home and said that once he’d learned English, she’d admit him to class. From that day forward the family only spoke English at home.

The family lived on Linden street for awhile. Then they moved to Grant street for a stint, then to La Colonia (the Alta Vista neighborhood) for a few years, then to Wood street. When Joe was looking for a house on the west side, the real estate agent showed him all around the area between College and Shields, north of Laporte. Joe said to the guy, “You know, there are a lot of nice houses for sale down south of Mountain Avenue. Let’s go take a look at those.” The realtor replied, “Oh, I can’t take you to that neighborhood, Joe.” The feeling in the city at the time was that Mexicans should stay in Las Tres Colonias or in the Holy Family neighborhood. They weren’t welcomed elsewhere. So Joe and his wife settled for a house on Wood Street. 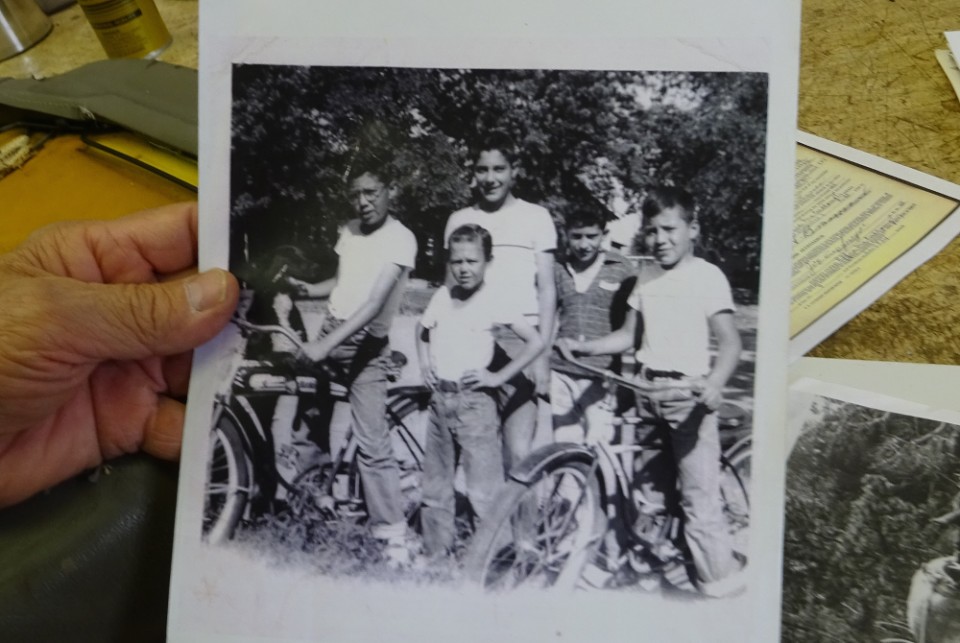 The Wood Street Gang. Joe Jr is to the far left and Richard on the far right.

Richard started helping his dad out around the shop when he was eight years old. In 1986, when Joe turned 65, he decided it was time to retire. Richard took over the business at that point, though he never changed the name of the shop. Joe still came to the shop every day. He’d sit in a recliner and watch the activity around the shop. And if a Model A or Model T with a convertible top came in, Richard would call his dad over to help work on the older vehicle.

Joe was a real firecracker, as the name Cienfuegos (100 fires) might suggest. He was a man of integrity (except when his temper would get the better of him, hence the nickname “El Diablo de la Colonia”). He was forthright in his business dealings and expected others to be as well. He was a strong and forceful presence at the heart of Fort Collins, but because of his Mexican heritage, he was often treated as an outsider. No wonder his temper sometimes got the best of him. Despite being a solid and strong building block within the city, he was treated like he didn’t really belong.

This kind of dichotomy still takes place today. Hispanics make up 10% of the population in Fort Collins and many, like Richard, were born and raised here by parents who likewise grew up as children within this community. But they are regularly treated like second class citizens. There may no longer be signs in the windows of shops refusing service to Mexicans, but slights are still given, though maybe in more subtle ways or out of view of other residents.

Joe had his faults, we all do, but he was a stalwart and upstanding citizen of Fort Collins. Though he wasn’t born here, he lived here since the time he was two years old. He fought for the country he loved and returned to the city he called home. His family has continued his legacy, contributing, each in their own way, to fabric of the community in Fort Collins.

Information on Pancho Villa and the peasants’ ownership of the land came from The Life and Times of Pancho Villa, by Friedrich Katz. Stanford University Press. p. 746.
BizWest wrote an article on Joe’s Upholstery on May 20, 2011 entitled, “Joe’s Upholstery continues downtown legacy,” by Steve Porter.

Fort Collins census data was the source for the percentage of the population of Hispanic origin.