It was wonderful meeting so many neighbors at last night’s History of the Loomis Addition event! We had been counting on about 20 people to show up. We weren’t sure how interested people would be in a history related event. And it was so cold that shadows were freezing to the sidewalk, so we expected that even interested people might decide to stay home. But when I did a head count during Mary Humstone’s talk, I tallied 69 people in the room! And we had to expand into a second classroom to accommodate everyone. (Thanks for putting up with all the rearranging and technical difficulties there.)

As much as I enjoyed the entire presentation, I think my favorite part was the sea serpent. Here’s the text from the newspaper article that Mary referenced in her written context:

At an enormous expense he has had that ancient and only original sea serpent brought from the salt waters of the Atlantic Ocean and deposited in a small fresh water pond in the Loomis Addition and has secured special excursion rates on all the railroads in the country to bring visitors to see the far-famed reptile. Of course when the crowd arrives there will be no difficulty in selling his lots. (Courier, August 1, 1887.) 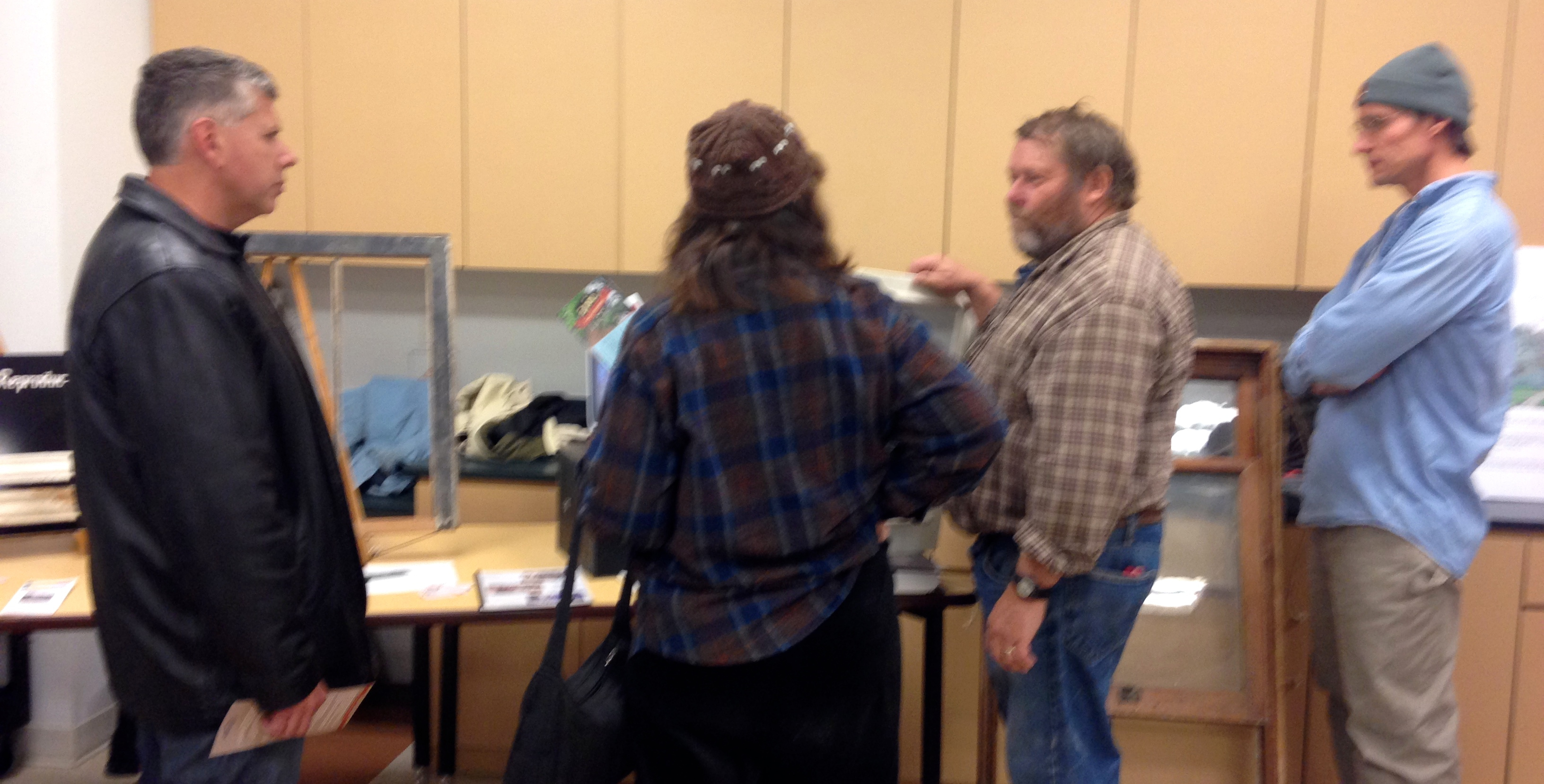 At times the meeting felt to me like a family reunion. We may not have met each other before, but we’re familiar with each other’s houses. I loved when a new slide would show up in the presentation and there’d be a sudden chatter throughout the room as people started reminiscing about neighbors they used to know that lived in those houses or events that had taken place there.

If you haven’t gotten a chance to look back through the previous posts on the Loomis Addition, here are some quick links you can use:

Mary Humstone is going to create a video version of her presentation which I’ll add to this post when it’s ready. (Watch on Facebook, Google+ or Twitter for an announcement regarding when the page has been updated.) And the written context should be available by January, after History Colorado has had a chance to provide feedback on the first draft of the paper. I’ll also add a link to that in this post. So stay tuned! And thanks again for coming last night. It was great to meet everyone.