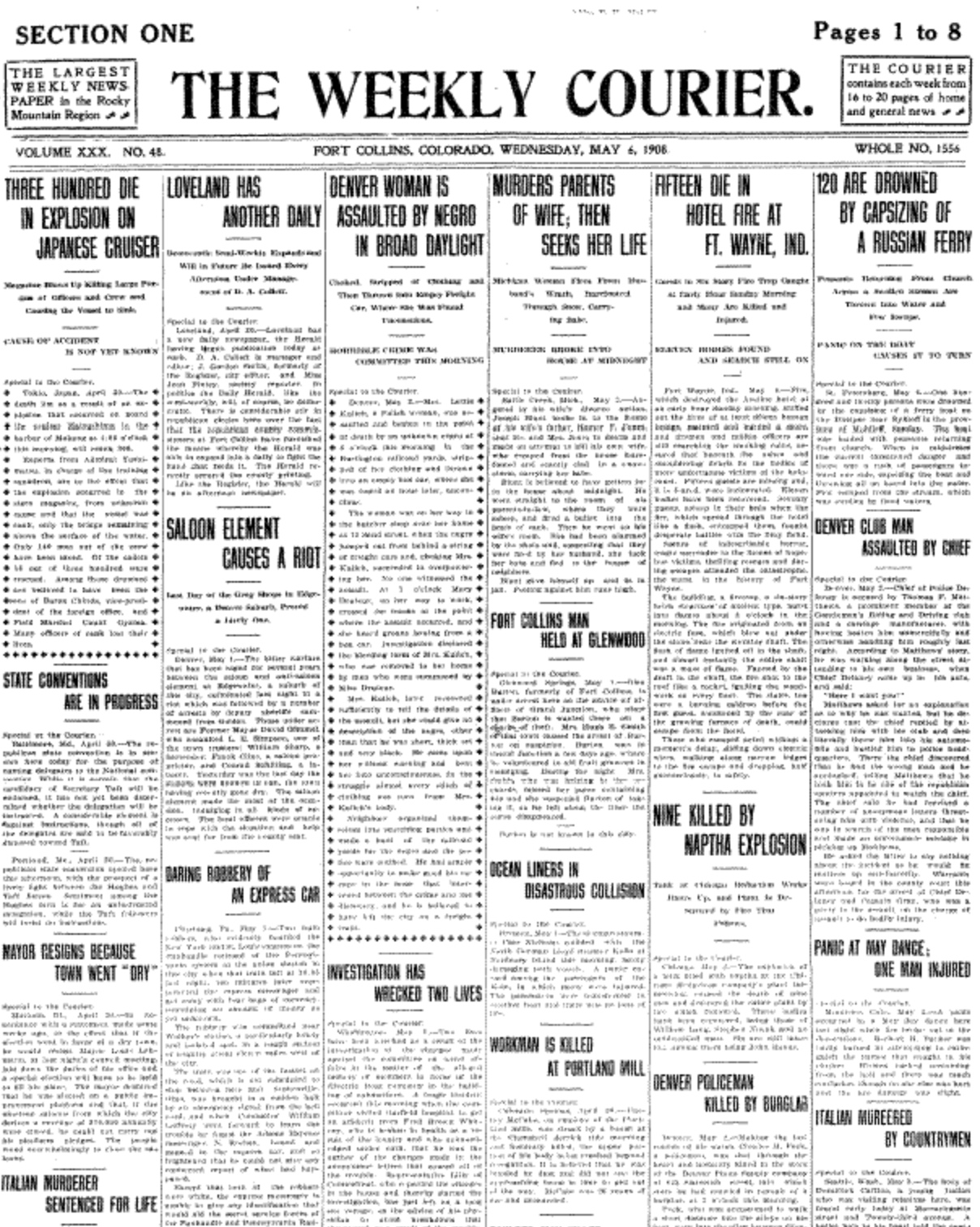 The front page of the May 6th, 1908 Weekly Courier is full of death and destruction.

There’s a lot of really interesting stuff in the May 6th, 1908 newspaper. But you have to look inside to get to it. Everything on the front page seems to be death, disaster, and destruction.

Whew! Enough of that. Let’s jump inside. 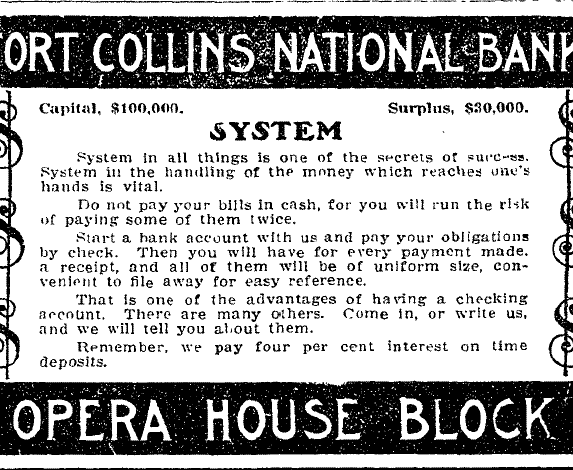 Fort Collins National Bank encouraged patrons to use checks rather than cash.

Here are some tidbits from page 2:

“If it is true–and of course, it is–that the ‘Lord loveth whom he chasteneth,’ He must have an abiding affection for the people of the Cache la Poudre valley, for with drouth, frosts and low priced lambs, the farmers are surely ‘passing under the rod’ this year.”

“The Chicago convention is only a month and a half away. It is then we shall learn who is to be the next president.” (This was in May! It certainly took longer to collect and tabulate votes back then.)

“The claim is made that Secretary Taft will have 505 votes for president in the Chicago convention, or fourteen more than needed to give him the nomination. As there are about a dozen states that have not yet elected delegates it is quite probable that more than two-thirds of the delegates will vote for him on the first ballot.” 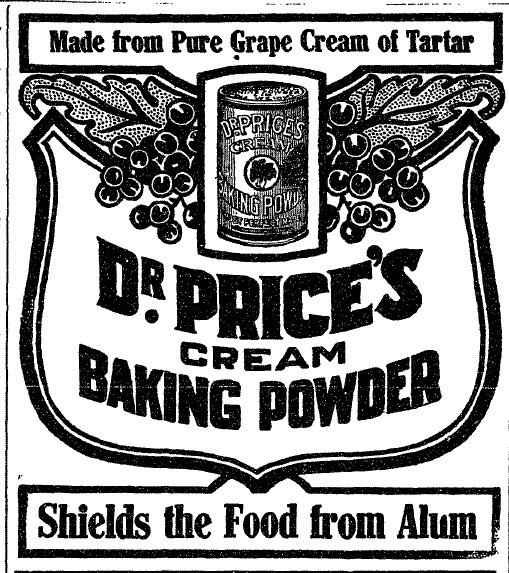 I didn’t know this before, but cream of tartar is precipitated out of grape juice.

From the society section:

“The ladies’ union of the Congregational church enjoyed a pleasant meeting at the home of Mrs. J. Wissler, Wednesday afternoon. Mrs. Frank Stover’s talk on ‘Missionary Work in Burmah’ was very interesting and instructive. There was a large attendance.” 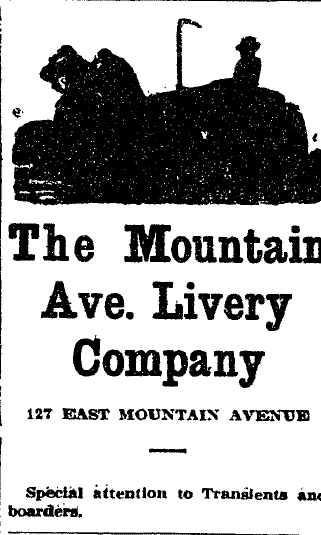 Note that at the Mountain Ave. Livery Company, special attention was paid to Transients and boarders. (Does that mean that they dressed people who couldn’t afford to dress themselves?)

Newspapers were often sent to other cities to encourage people to move here. So on page 6, there is a long list of the benefits of living in Fort Collins. Here are the first few recommendations of our fair town in 1908: 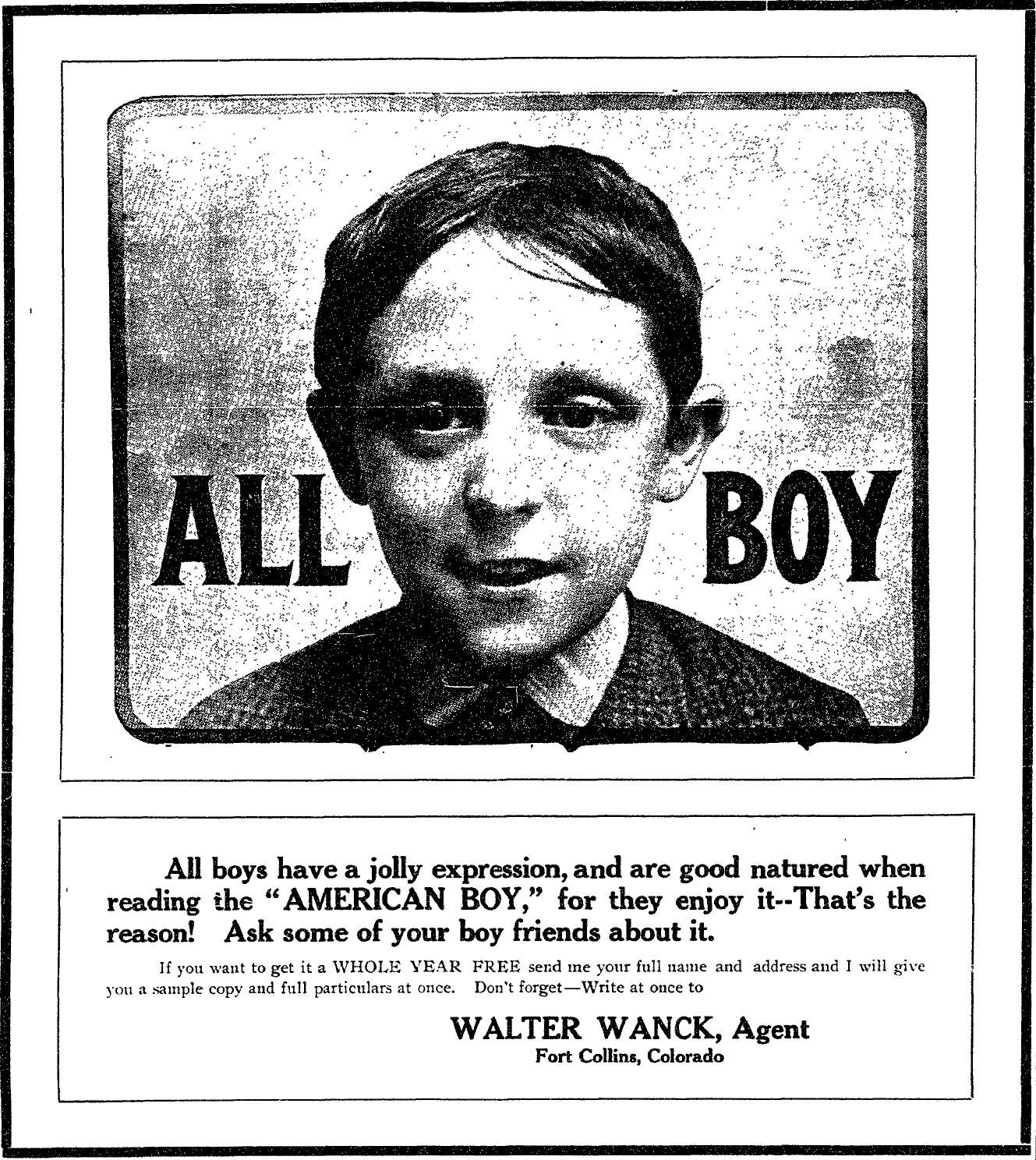 American Boy was a popular magazine of the time. 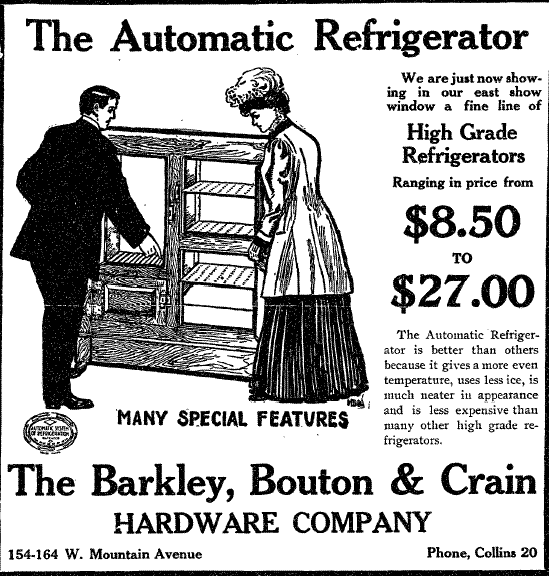 Note that you still needed ice to keep the food in your automatic refrigerator cold. 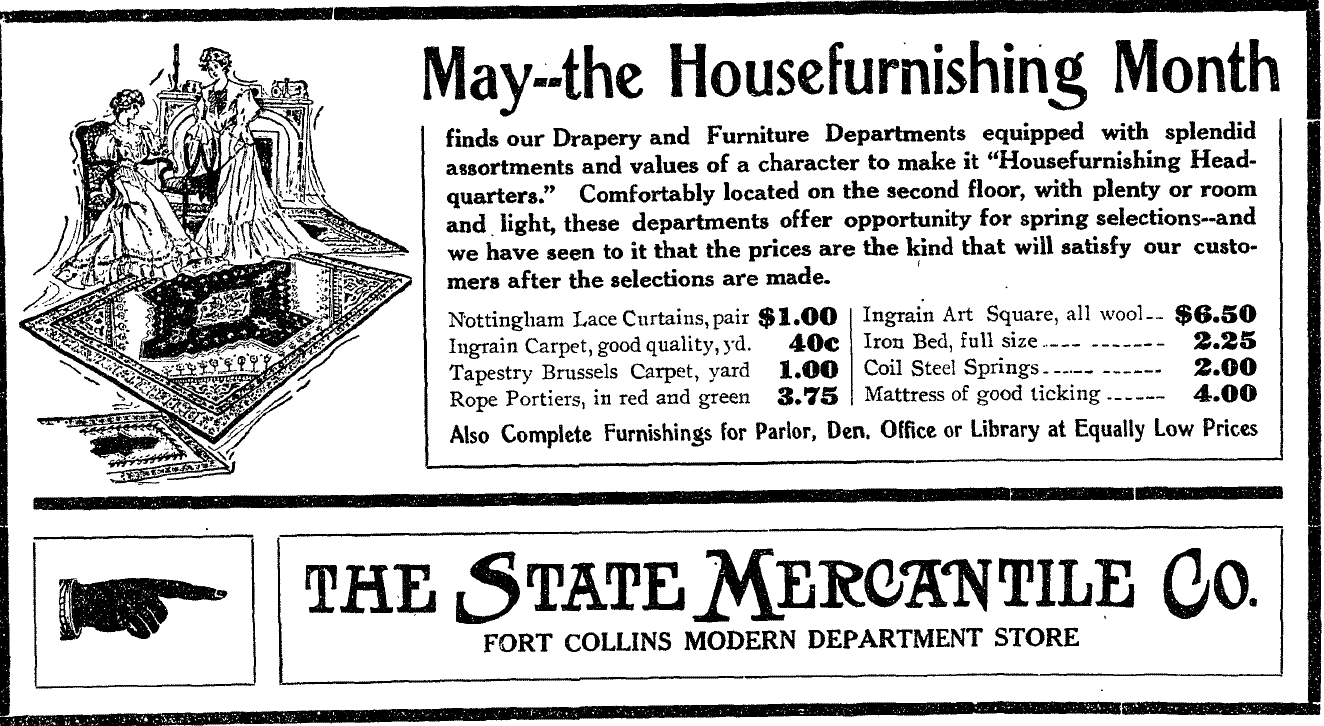 Once you’re done with your spring cleaning, it’s time to buy some new furniture! 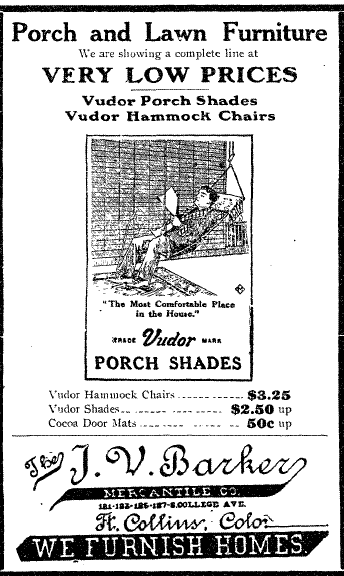 Sales on porch shades enable you to upgrade your outdoor experience.

The Weekly Courier, Fort Collins, 6 May 1908. I accessed this newspaper through the website Colorado Historic Newspapers.