Here are three photos provided by Jim Burrill and taken by his Grandma Ruth showing the 300 block of N. Meldrum as well as the 200 block of Laporte that will soon be changing. (I’ll have to do a Then, and Then, and Now post once the new utility building is finished.) 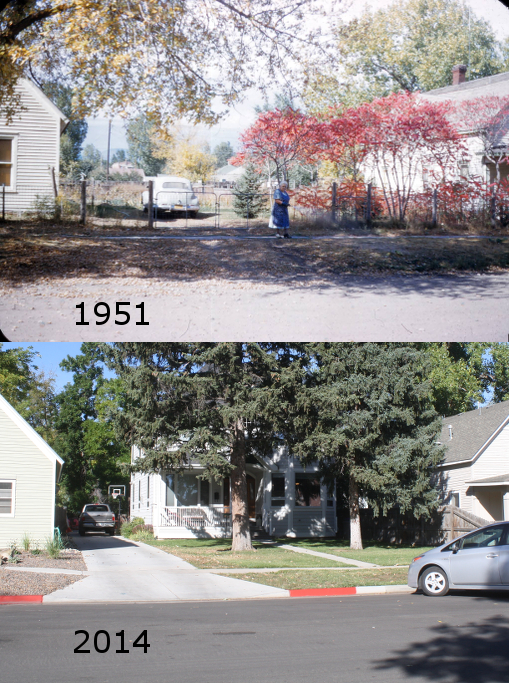 The top is a photo of Emma Malaby walking in front of what, in 1951, was an empty lot. There used to be a small house on the lot with no foundation. Emma had it torn down. A new house was built in this location in 1995, as seen in the present day photo. Meldrum wasn’t paved until (fairly soon) after the top photo was taken. 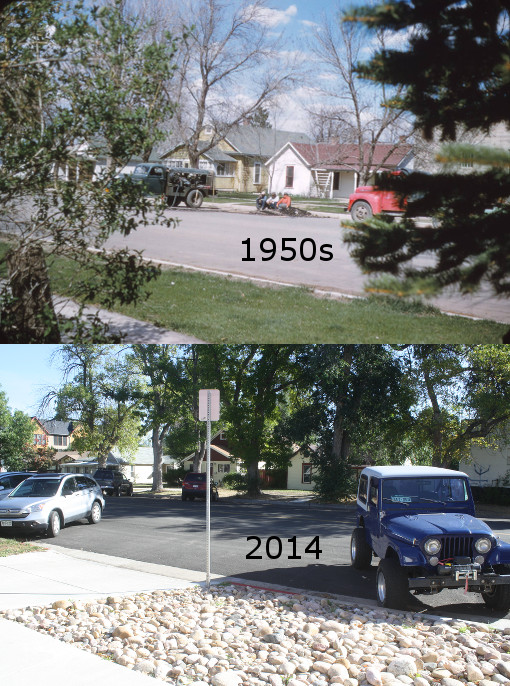 This photo shows the other side of the 300 block of N. Meldrum. Note the increase of cars today as well as a comparatively large row of townhouses to the left of the present day photo. 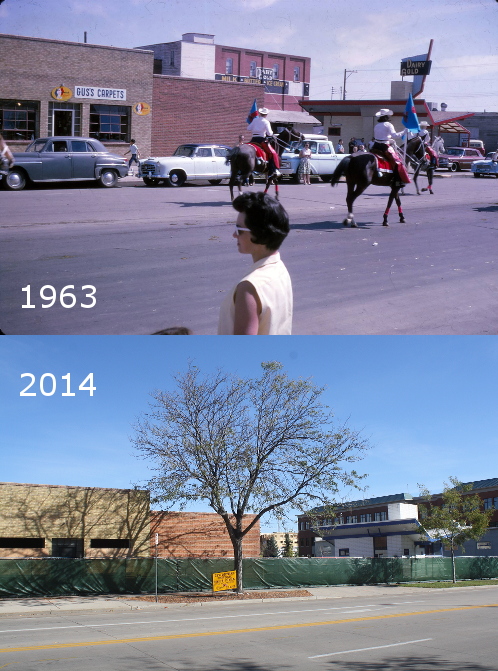 The top photo is from a parade that Grandma Ruth observed. (I suspect she was standing on top of something based on the angle.) The two buildings shown at the left of both photos will soon be coming down to make way for a new city utility building. The “Butterfly Building” to the right will be preserved. Note the creamery building in the back in the top photo. A city building is in that location today.

Thanks so much for allowing me to share these photos, Jim. I really should make a tag just for Grandma Ruth’s photos. After awhile we could probably put them all together into a book. I love how she captured not only the cultural events that were taking place, but the backgrounds as well. Her photos can really contribute to our collective recollection of what Fort Collins used to look like.