Expressway and Shopping Center Planned for the North End of Town 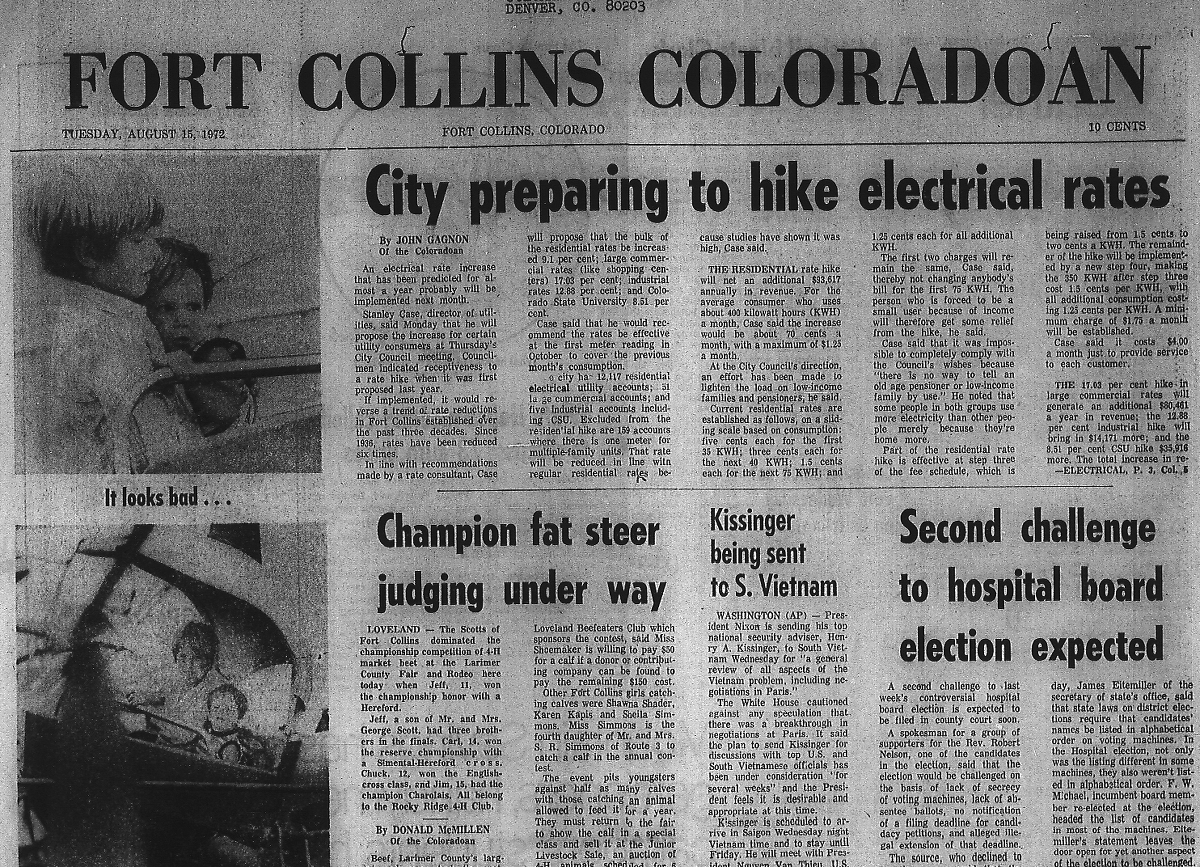 The front page of the August 15, 1972 edition of the Fort Collins Coloradoan.

Between 1936 and 1972, electrical rates in Fort Collins had been reduced 6 times! Utilities director, Stan Case, decided that a rate increase was in order. He planned to propose the rate increase at the next city council meeting. The average residential user would see an increase of approximately 70 cents a month.

State tax revenues were booming along with Colorado’s economy in the early 70s. 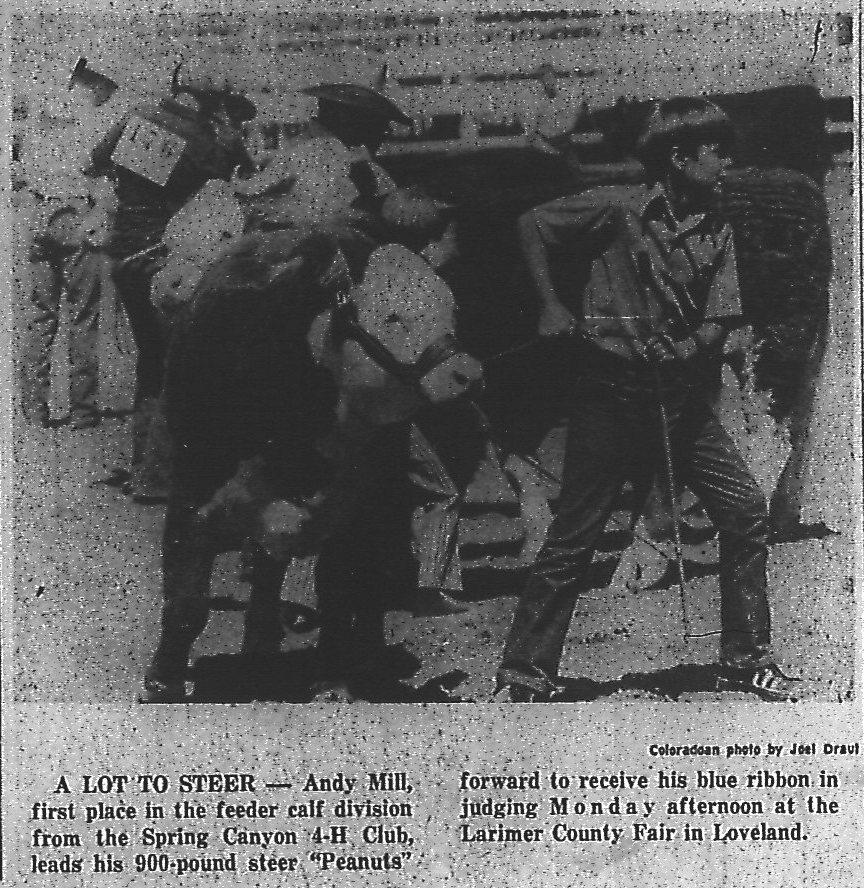 The Planning and Zoning Commission debated for 2 hours about allowing a 25-acre shopping center on North College against the advice of city planner, Donald Reynolds, who believed that 8 – 10 acres would be sufficient. The land in question was owned by Lyle Carpenter and was situated north of Vine, south of Willox, and east of North College. The issue had come before the city council the previous month and was tabled. During the interim, the proposal was scaled back from 45 to 25 acres. Reynolds argued that the population just wasn’t large enough on the north side of town to support a shopping center of that magnitude.

Carpenter was ahead of his time by proposing a mixed used development that would include retail, residential, a school, and industrial development in the same neighborhood. The city and council members felt that putting a school and housing together with industrial development was ill advised. They also believed that the “proposed northside expressway” would probably run directly through this plot of land and would therefore make it an inappropriate location for development.

Whatever happened to the development proposal or the expressway proposal? I’d love to hear more about this in the comments if you remember what happened to these proposed projects. 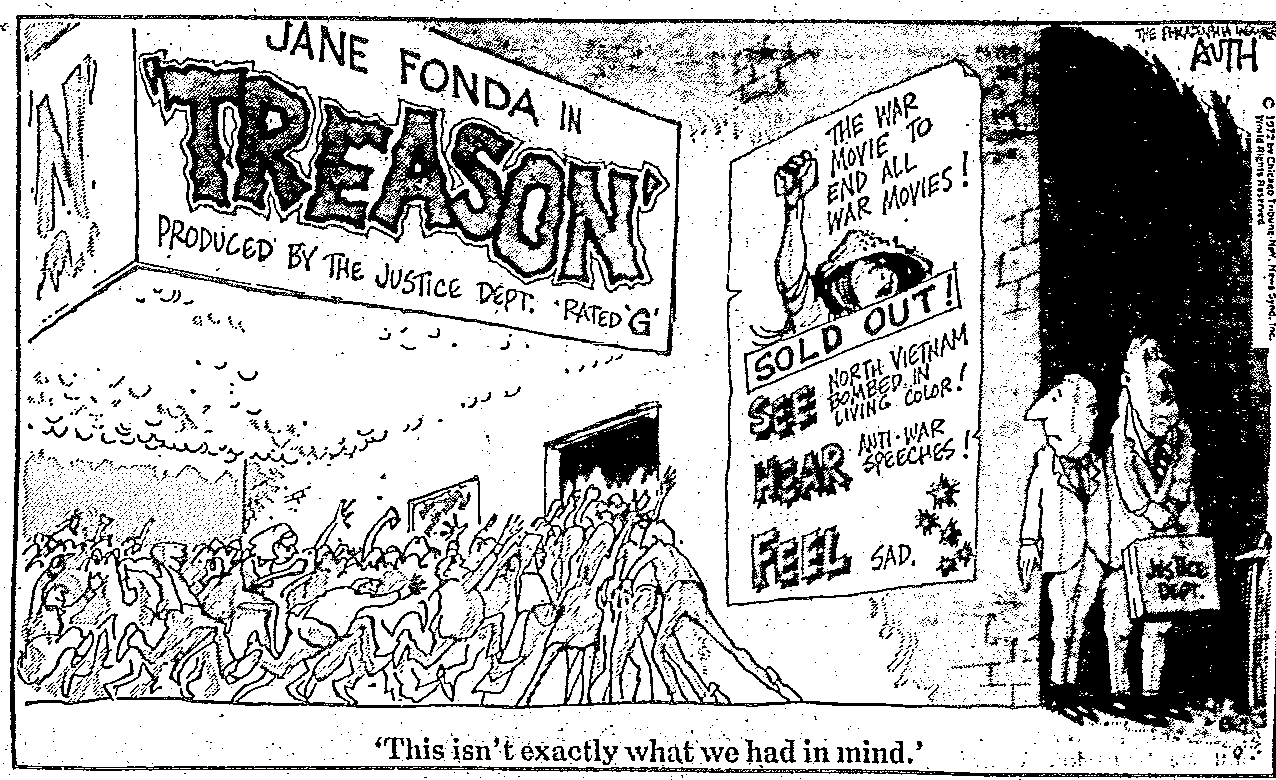 Jane Fonda was not the nation’s favorite person in 1972.

Mrs. Recupero, a 53-year old grandmother from Key West, Florida, was the first woman to receive an “atomic powered heart.” Yes, you read that right, she had a nuclear-powered pacemaker implanted in her body. Mrs. Recupero joked that she might blow up at any moment, but she said she felt great after the operation. 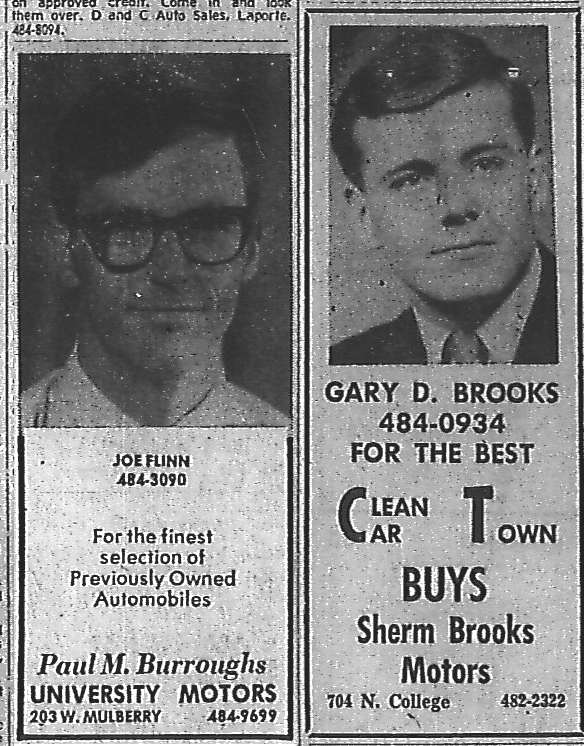 Lincoln Junior High School was to get a new principal in 1972 – Jack Herbertson from Honolulu, Hawaii. Herbertson was originally from Denver. He was to replace Rex Wells who would be the principal of the new high school- Rocky Mountain – which would open up a year later. 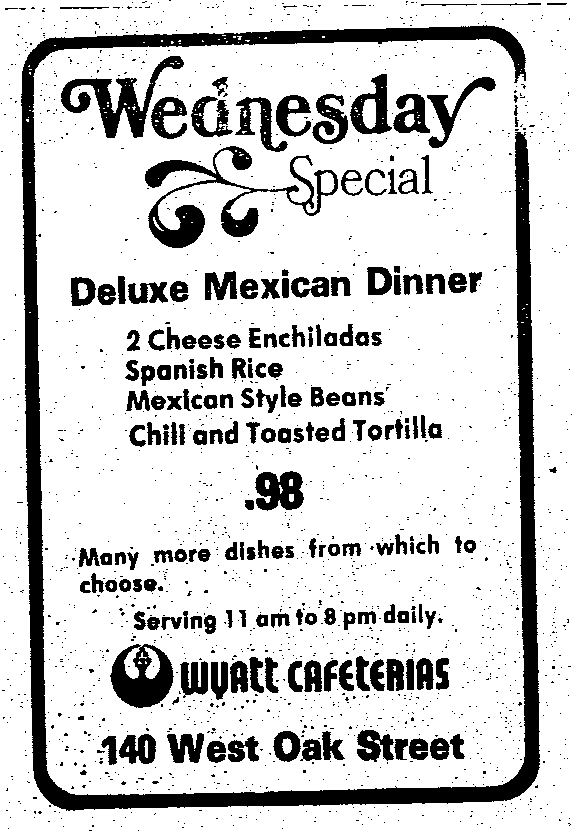 Deluxe Mexican Dinner at the Wyatt Cafeteria on W. Oak.

A 1971 ruling that Fort Lewis College would only offer free tuition to Native Americans that were in-state and could demonstrate financial need was overruled. The College had been granted land in 1910 on the condition that it educate Native American students free of charge. There had been no stipulations regarding where the students hailed from nor whether they had financial need, so the 1971 ruling was stricken.

Do you remember eating at Iverson’s?

The Fort Collins Coloradoan, 15 August 1972. I accessed this newspaper from microfilm at the FCMoD Archive.