One of the things that it’s taken me awhile to grasp is the fact that for a long time, the buildings around the Oval and along College Avenue were pretty much the sum total of what people thought of when they mentioned CSU (or the Agricultural College, or the Colorado State College of Agriculture and Mechanic Arts, as the case might be). It makes sense when you look at the age of the buildings. But it’s just such a shift from how the campus feels today, that it’s taken me awhile to really come to terms with the fact. It wasn’t until the post-war boom that the University started to sprawl westward, essentially shifting the heart of campus from the Oval to where alfalfa fields used to be.

This May 1940 photo from the CSU online archive shows the Administration building with a large parking lot to the south. Also visible are the Forestry building, Veterinary Hospital, Glover building, Civil & Engineering building, Chemistry building and a wee bit of the Library building.

Compare the wide open field to the left of the oval to the bevy of buildings and parking that exist there today. 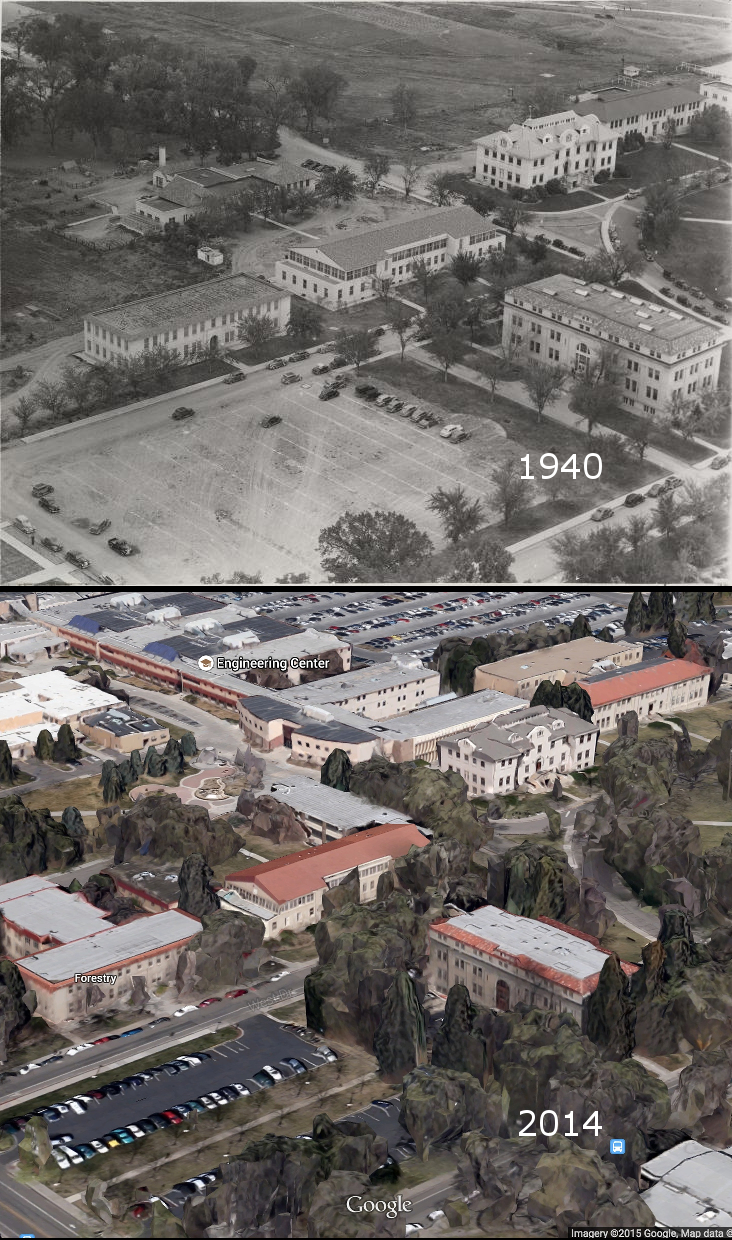 I zoomed in on the building furthest west (the Veterinary Hospital) and was delighted not only by the old cars, but also the hay bales. And the copse of trees appears to have been right where the wide open space is today that we call the Lory Student Center Plaza. (Clicking on the photo should expand it to a larger size.) 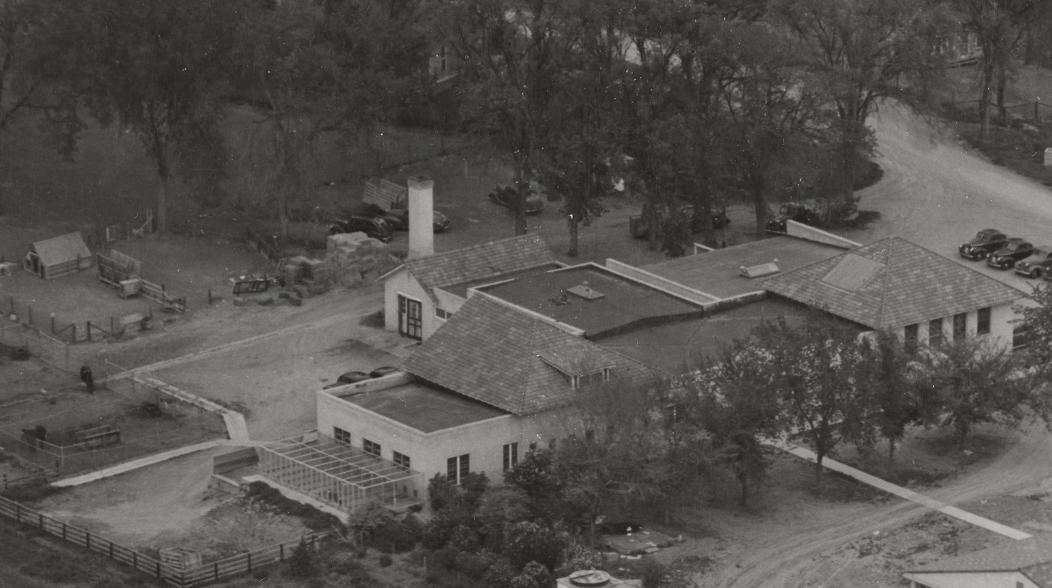 The large plaza is a story in its own right, so be watching for a future post on that wide expanse. And if you have any old photos from your old school days that were taken in that plaza, I’d love to include them in my story. Please send them to me at meg@northerncoloradohistory.com.

Dean Schachterle corrected a mistake that I had made in the original version of this post regarding the Vet Hospital in the zoomed in photo. He also added some wonderful details which I want to reshare with you all. Thank you, Dean!

“The 1921 Vet Hospital served the State Ag College from 1921 to 1949. A new Veterinary Hospital was built in 1949, to the West of that building. Much later, it was renamed in honor of Dr. George H. Glover. I was responsible for furnishing the new Veterinary Hospital on West Drake Road, when it was constructed (about 1979, per my memory). The Glover Bldg. then became the home of the Agricultural Engineering Department and the Telecommunications Department.

“The building in the blow-up photo is the former Vet Hospital and was located where the little plaza on the south side of the Engineering Building is now located. It was between the J.H.V. Wagar Veterinary Medicine Bldg. (to the East) and the Glover Building (to the West). The Vet Science Bldg. was demolished sometime in the 1980s, per my memory. After the Vet Hospital was moved directly West in 1949-50, the building in the blow-up photo was renamed Veterinary Science Building. In the 1960s, the Vet Science Building housed the Department of Physiology on the right-side (north) and the Department of Anatomy on the left-side (south). At that time, the first electron microscope at CSU was located in the Vet Science Bldg. Of course, both departments had their own buildings constructed shortly thereafter.”

The present day photo is from Google Maps.