Then & Now: East Side Fort Collins

Here are a few Then & Now images of houses on Fort Collins’ east side. Much of this side of Old Town is included in the Laurel School Historic District which is on the National Register of Historic Places. Though several houses were torn down in the 1960s and 70s and replaced with apartment buildings, for today’s post I’ve selected three houses that have been fairly well maintained over the past 100 years. 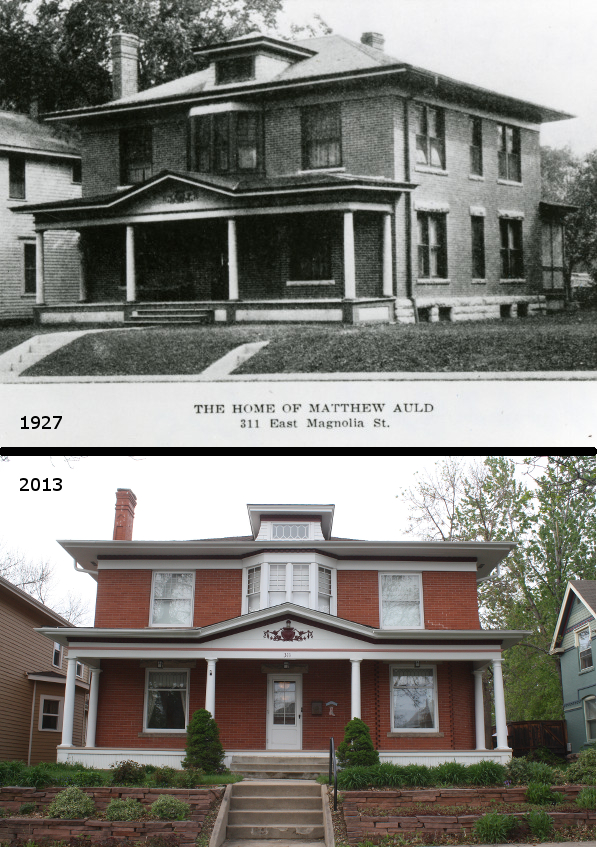 The house at 311 E. Magnolia looks practically unchanged between 1927 and 2013. You’ll note that the vintage photo from the Fort Collins Archive came with a subtitle indicating that this was the home of Matthew Auld. 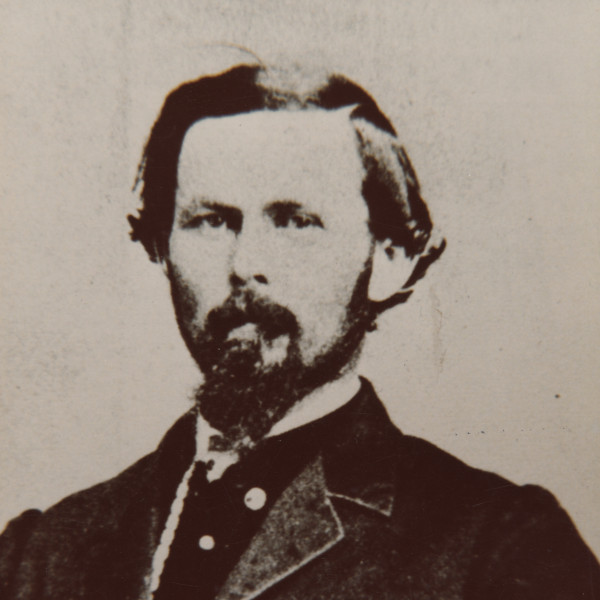 Matthew Auld in the 1890s. (Photo from the Fort Collins Archive.)

Matthew Auld was the deputy clerk of the district court in the late 1800s, according to this Fort Collins Archive photo that I found of him. 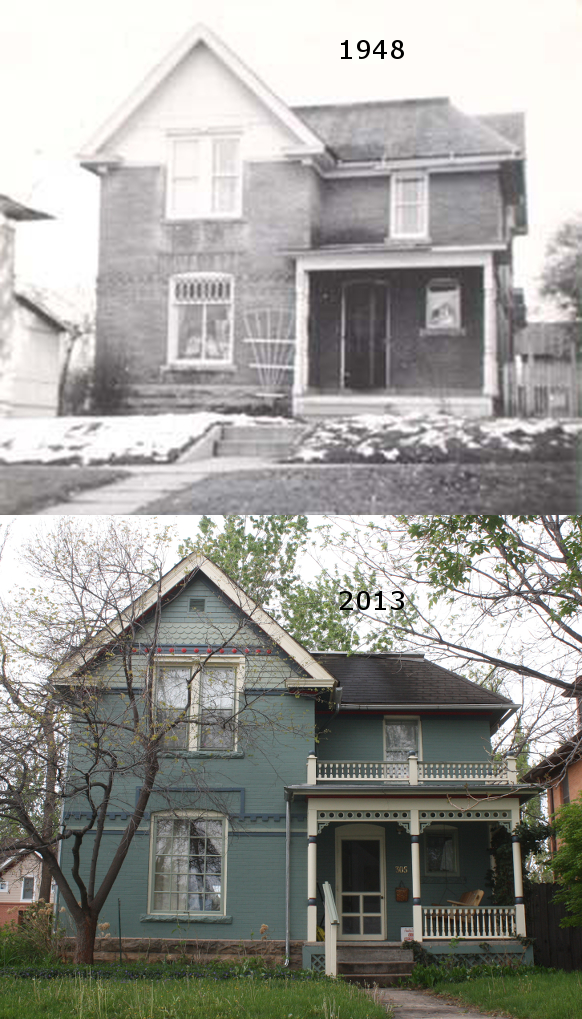 The large first floor window of 305 E. Magnolia looks significantly different, and the porch has had quite a few doodads added, but otherwise the house looks very similar to how it looked in 1948. 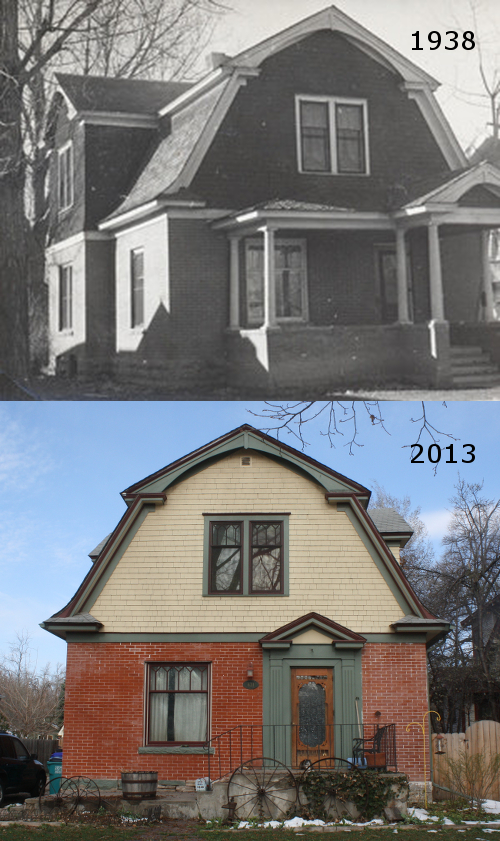 The house at 631 Whedbee looks very similar today to the photo from 1938, but the old porch is missing. It also looks like something happened to the brick along the north side of the house.

If you compare the average size of houses on the East Side of old Fort Collins to the average size of houses on the West Side, you’ll find that the east siders were definitely the more affluent bunch. (Compare these houses to some of the Then & Now photos I’ve posted from the Loomis Addition on the west side.) For the most part, the only large houses on the west side are either along Mountain Avenue, or around City Park. On the east side, there are many large houses along Remington, E. Magnolia, and Mulberry. But you’ll also find large houses interspersed throughout the rest of the east side as well. (Note that “large house” 100 years ago meant something different than “large house” does today. Yesterday’s mansion could be today’s moderate sized house.)

Photo of Matthew Auld is from the Fort Collins Archive – H06380.