Then and Now: The Loomis Addition – Part Two

Two weeks ago I posted six examples of Then and Now photos from the Loomis Addition (the neighborhood between Laporte, Washington, Mulberry and Whitcomb on the west side of Old Town). Today it’s time for round two. Here are six more buildings from within the Addition. Once again we see examples both of how the neighborhood has retained its historic character as well as how it’s changed and grown over the years. 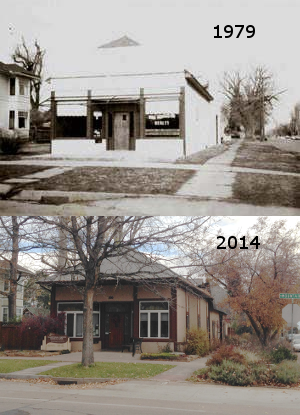 700 W. Mountain was originally the Ellis Brothers West Side Grocery. At one time the Fort Collins Food Co-operative was located in this building. Now it is the Traditional Chinese Medical Clinic, Inc. It is the only commercial building in the Loomis Addition and it harkens back to the days when there was a corner grocery every few blocks in the Old Town neighborhoods. 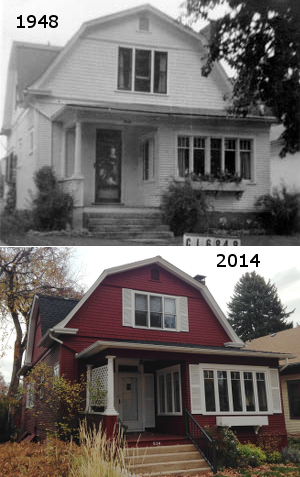 The house at 814 W. Mountain appears to be the same today as it was 66 years ago. Some shutters around the windows and a trellis added to the east side of the porch are the only changes that I can see. Even the flower box is the same!!! 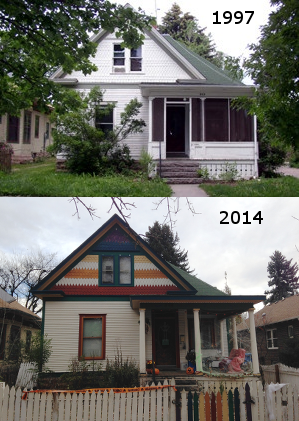 I picked this house to show how paint can emphasize, or de-emphasize, the detailing on a house. This is 808 W. Mountain and the bright colors in the present day photo show an increased love of Victorian styles and a desire to highlight some of the decorative features of the house. 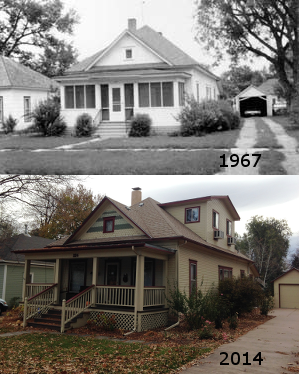 This house at 324 S. Loomis most likely has a more historically accurate front porch today than it did in 1967. But the addition on the second floor stands out as a clear difference between the two photos. The garage appears to be exactly the same. And again, notice that the present day photo shows a paint job that highlights the detailing on the house. 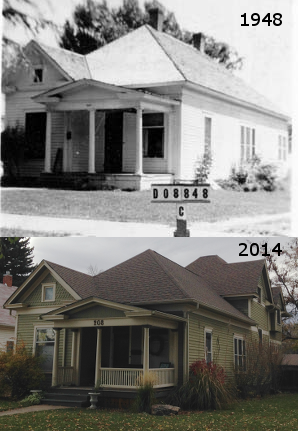 This house on 208 S. Grant looks pretty much exactly the same today as it did back in 1948 if you’re standing on the sidewalk directly in front of it. But if you walk to the side you’ll note an expansive addition behind and above the house. (The redone kitchen is really quite beautiful. The owners at the time sent out examples of woodwork from the house to someone on the east coast who could replicate it.) 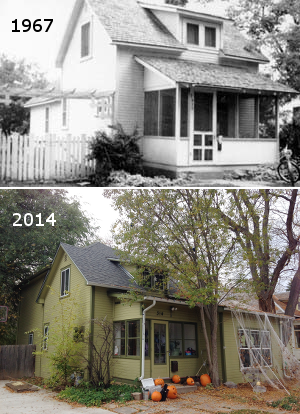 This house at 314 S. Loomis really intrigued me. When I first saw the older picture, I didn’t think these were the same houses. There’s a wrap-around addition to the house today that makes the house both wider, and closer to the sidewalk. But when I took this photo from almost the same angle as the original assessor’s photo, suddenly it became clear to me that these were, indeed, the same house.

All older photos were from the online Archive of historic photos. Most of the photos were from old assessor’s files, but the older color photo of 808 W. Mountain was probably taken when the house was landmarked in 1997. All of the present day photos were taken by me during my morning walk.