Then and Now: Rembrandt Drive and the Oval at CSU

If I were to take away your computer, your smart phone, and your Rand McNally (All the young folks are probably scratching their heads at that last one.) could you tell me where Rembrandt Drive in Fort Collins is? … No? I didn’t think so. I couldn’t have told you either, even though I walk down the street on occasion and one of my favorite Fort Collins buildings is located on the street. It’s one of those snippets of roadway that’s so small, you’ll likely miss it. And even when you see it, you tend to assume it’s just a nameless alley. It certainly doesn’t look like it would have been one of the main streets on campus at one time… until you notice the old buildings that seem to face towards it.

Today’s “Then and Now” post features another aerial photo from the Colorado State University Digital Archive. Though it’s undated, it’s from some time between 1910 and 1919 based on the fact that Guggenhim Hall was built in 1910 and is in the photo and the Occupational Therapy building was built in 1919 and is not. Note that the Oval hasn’t been paved yet. That appears to have happened some time in the 1920s. 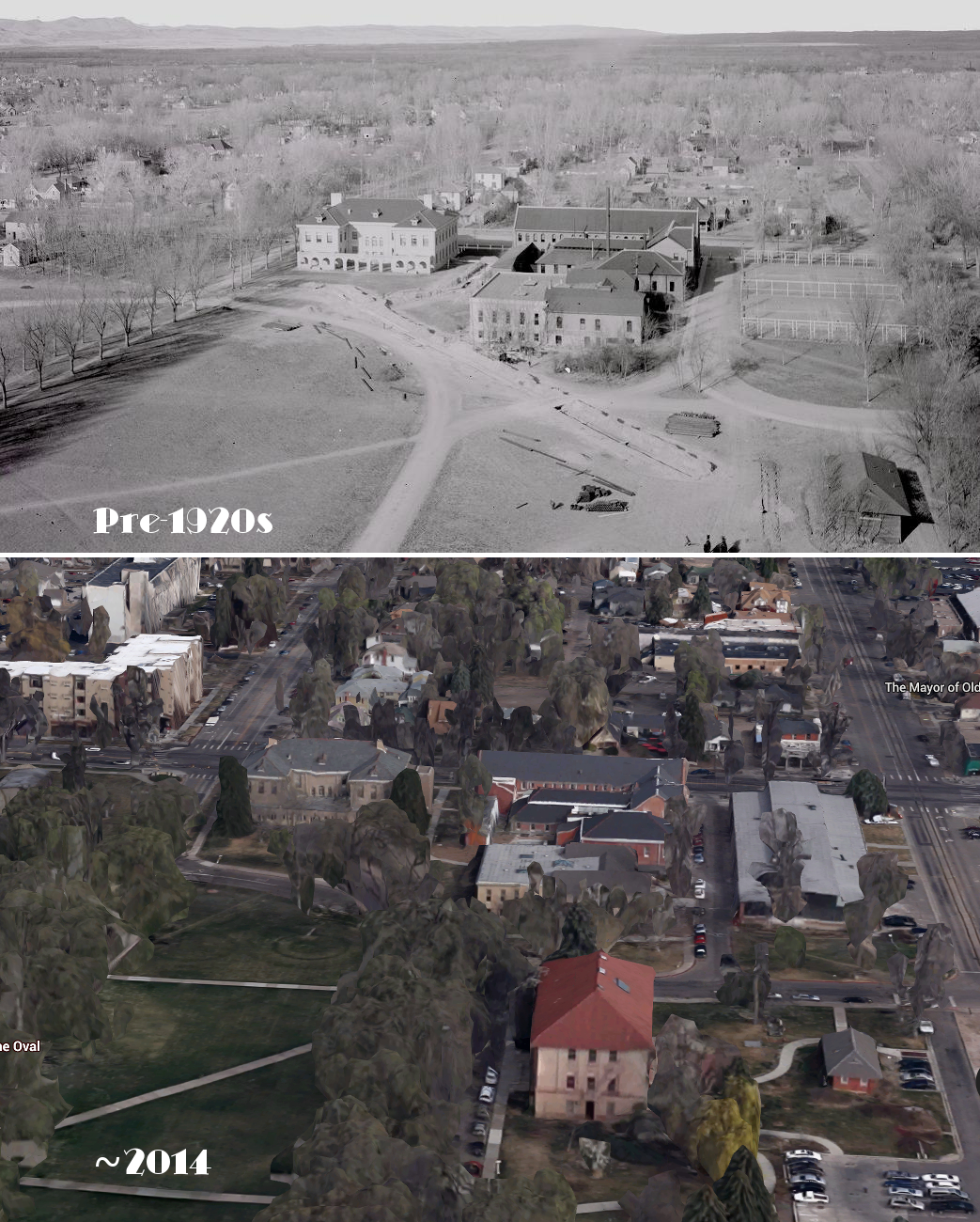 In these photos, the Oval is to the left. Guggenheim Hall is shown next to Howes on the north end of the Oval. And the Industrial Science building is next to that.

The Industrial Science building was first built in 1883, and had various additions added over the following two decades. And here’s where Rembrandt Drive comes in. The first college building was, of course, Old Main, which can’t be seen in the old photo because it was to the right/east, along College Avenue. Other buildings went up between College and the train tracks. But eventually the college grew westward towards where the Oval was eventually put in in 1909. Before that time, though, the Industrial Science building was built, not facing Laurel as it is now, but facing Rembrandt Drive (and therefore also facing Old Main). 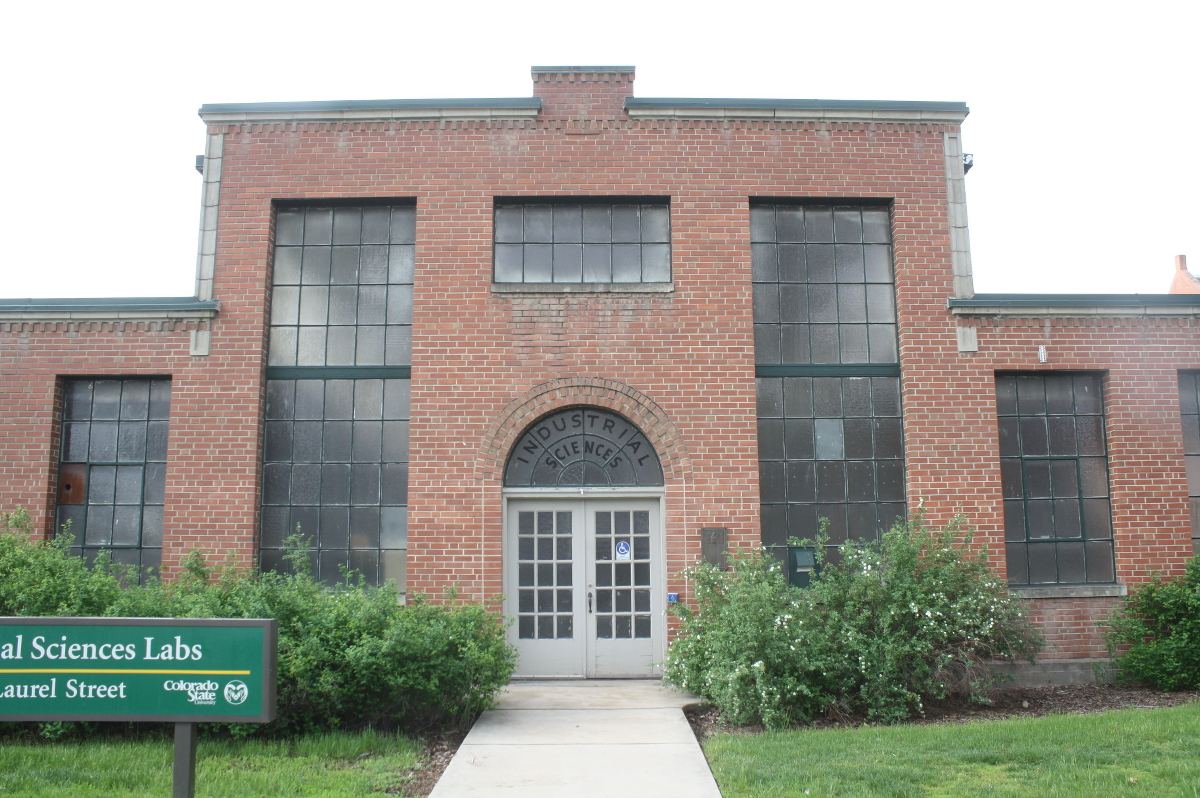 You’ll note that where the Industrial Sciences Lab is today, there were just livestock paddocks in the original photo. 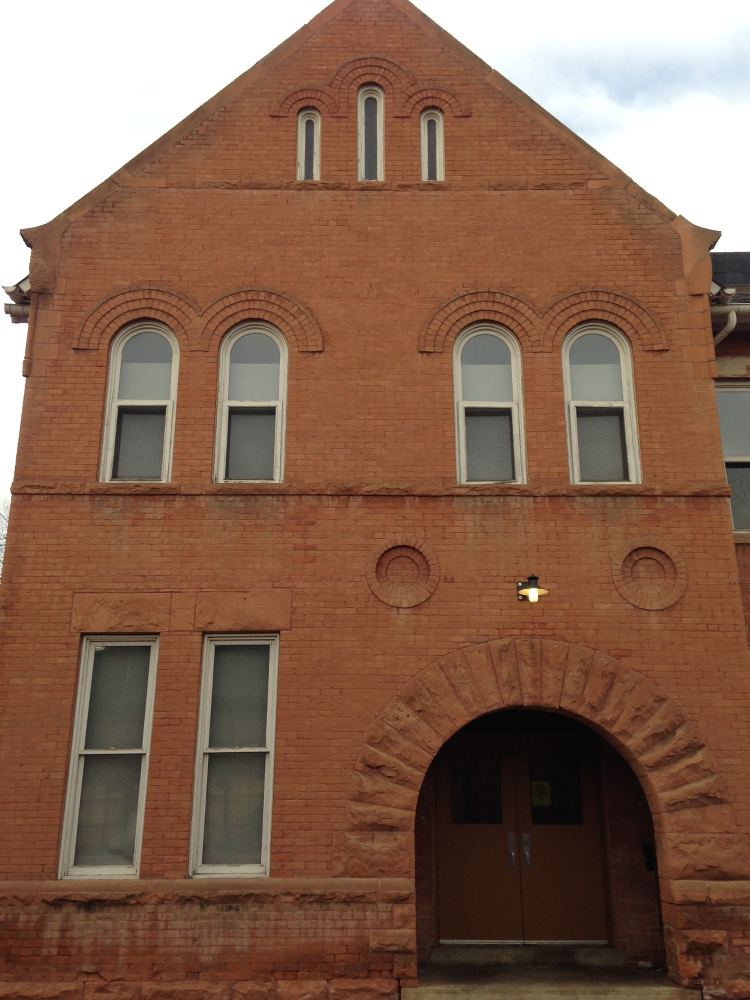 The Industrial Sciences buidling was originally called the Mechanic Shop.
This side of the building faces Rembrandt Drive.

The Industrial Sciences Building (now called the Preconstruction Center) was enlarged and made over in 1892 with a change in architecture (an arch was added over the doorway that faced Rembrandt Drive in order to match the entrances that had been built on the north side). 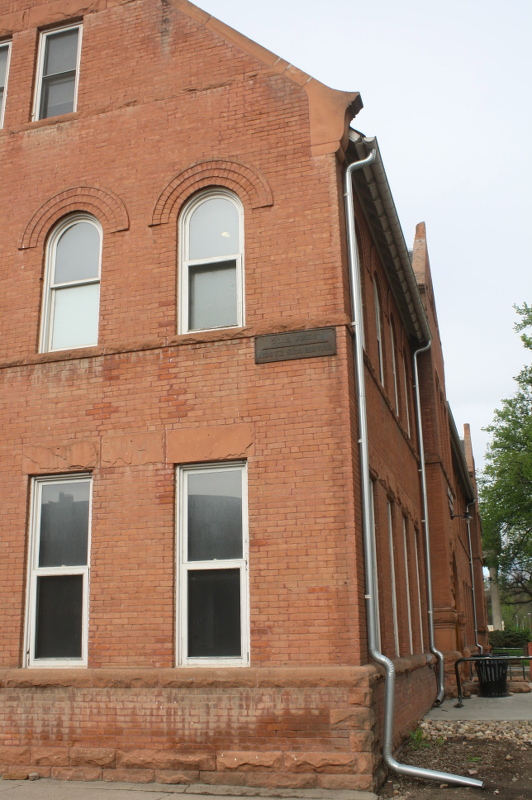 On the northeast corner of the Industrial Sciences building is a marker showing the elevation. 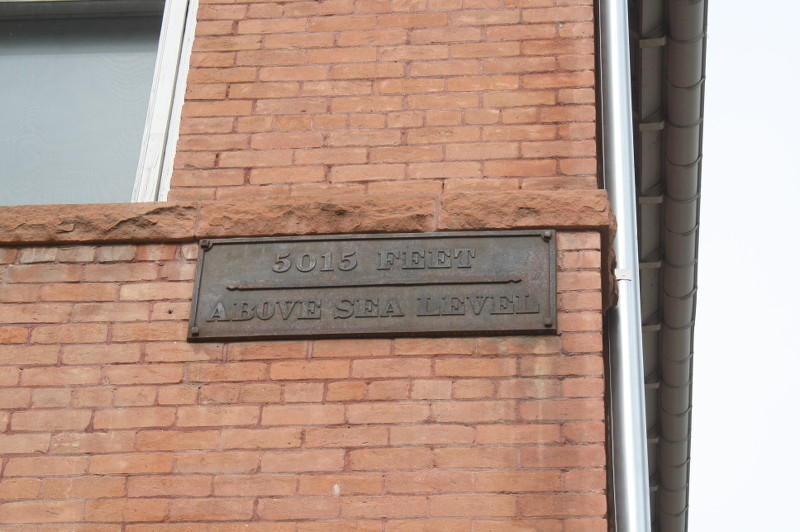 This sign is about 15 feet off the ground, so if you’re standing on Rembrandt Drive, you’re approximately 5000 feet above sea level. 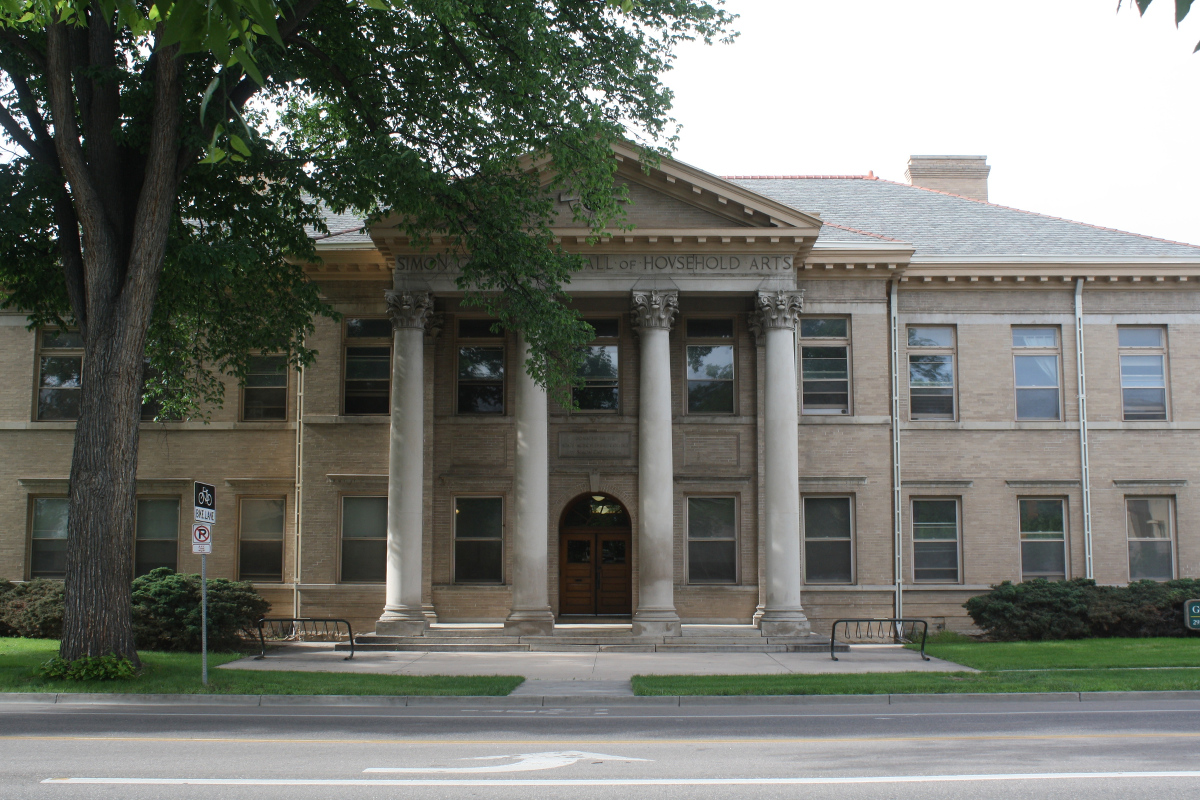 Guggenheim Hall was where the Home Economics classes were located in the early 1900s.

The undated aerial photograph of the Colorado Agricultural Campus is from the CSU Archive – http://hdl.handle.net/10217/23239.

Information on the when the Industrial Sciences Building, Guggenheim Hall, and the Occupational Therapy building were built were all from the Colorado State University Oval District Survey Report as was information about original names of the building and remodel dates.