Then & Now: the West Central Neighborhoods

On March 17th, the City Council is going to consider adoption of the West Central Area Plan. The plan was originally developed in 1999, and it’s due for an update. So the city has held numerous open houses and other events in order to get a sense of what residents would like to see in terms of growth and improvements in the area bounded by the Mason Corridor to the east, Drake to the south, Taft to the west, and either Mulberry or Lake Street to the north. (CSU is excluded.) You can read more about this area in my post, Ozzie and Harriet vs. Studentlandia.

These before and after photos show what this area looked like back in 1929 and how it looks today.

…At least, I think the Then photo generally matches the Now photo. All I had to go on was a cut in the rock where a road used to lead to Stout back in 1929 and where Horsetooth Reservoir is today, and I used a line of trees along an irrigation ditch to do my best at orienting the images to be approximately covering the same areas. The Google Maps image shows more of the mountains in the background due to the height of the satellite in taking the image compared to the altitude of the airplane in 1929.

I am not at all certain regarding the roads in the older photo, but I think Drake is the most distant east-west road we see, with one lone tree along it. I’m not sure if the road near the center of the image is Prospect, or something approximately around where Stuart is today. I thought the diagonal and somewhat wavy lane was a road at first, but upon closer inspection of this photo and another that was taken at the same time, I’ve come to realize that it’s an irrigation ditch. It’s possible that the road closest to the fore is Prospect, but I can’t find an irrigation ditch that crosses Prospect at that angle today. So it’s all a bit of a mystery as to where exactly this photo is looking. But I’ve done my best to come up with an approximately similar Now photo from Google Maps.

Usually I crop out the overlay images that Google puts over their maps, but today I kept them in, in order to give a hill/mountain orientation. 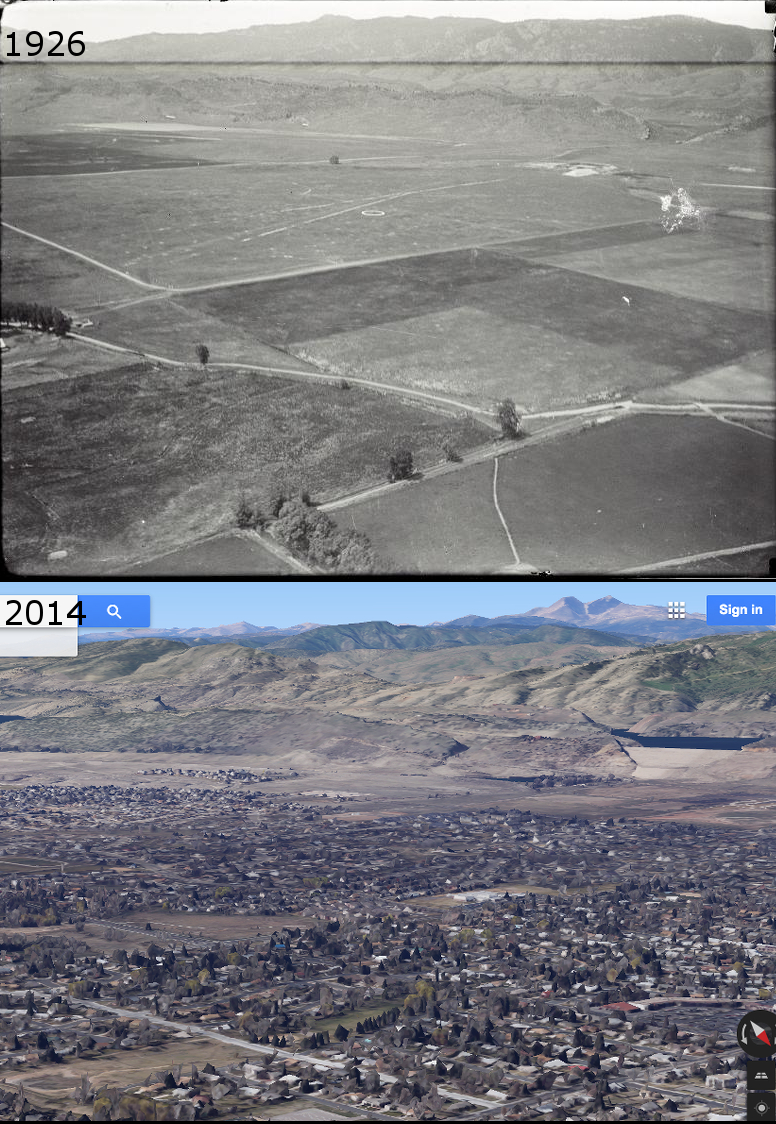 I’m completely stumped about a couple of items in the older photo. There’s a very precise circle in one spot and a square in another. Does anyone here know what those were? Here they are from another old CSU Archive photo along with close-ups. 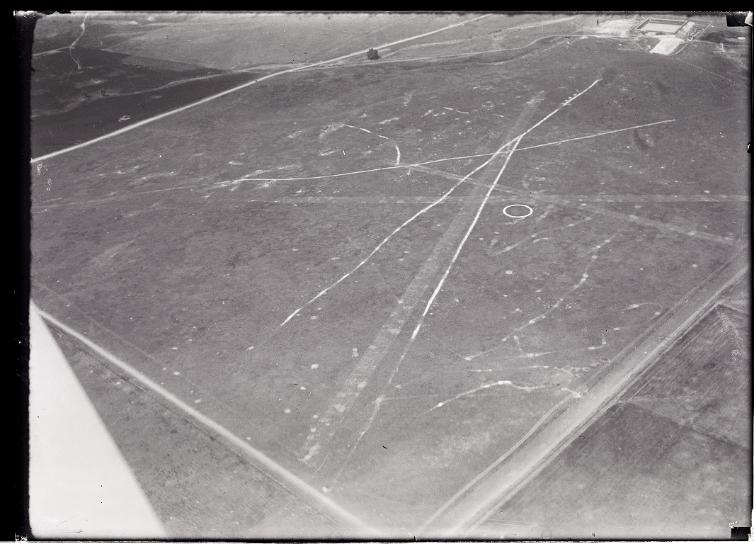 This is another photo of the same area. It looks like it was taken on the same day. June 1929. 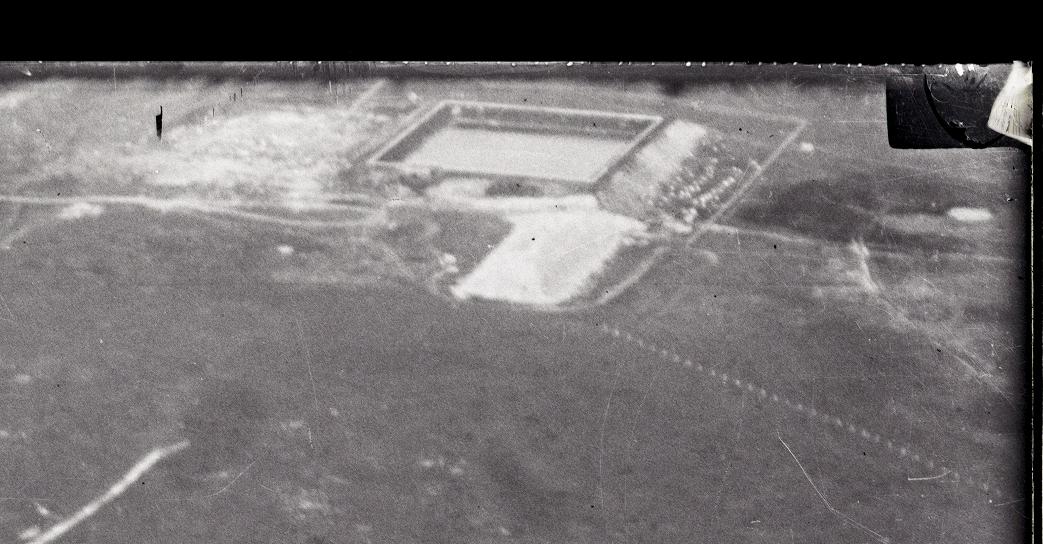 Close-up of the square basin. 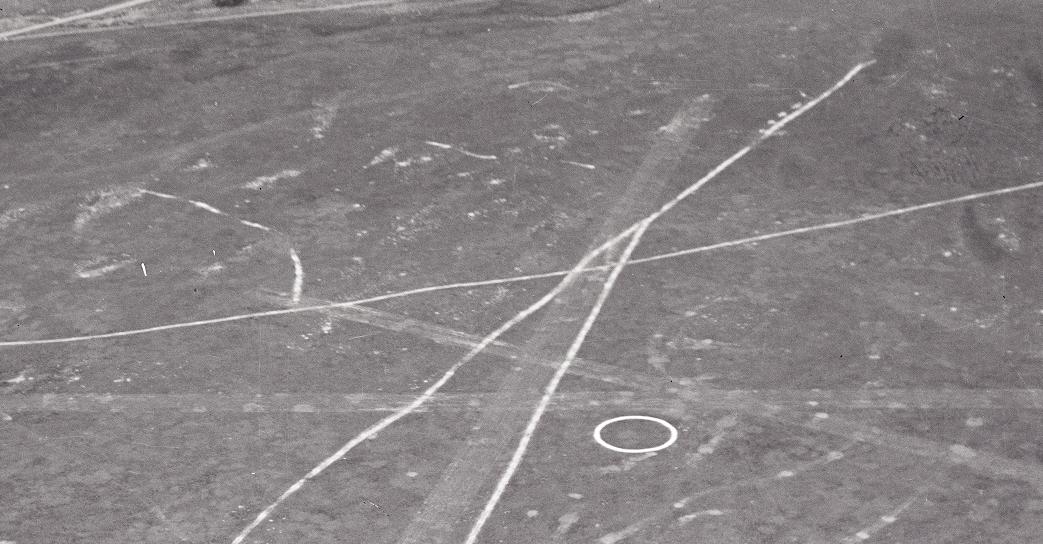 Closeup of the circle and “street” patterns.

The “Now” photo was taken from Google Maps.