Pancho Villa Rides Again… as does a creamery horse… in 1914.

The front page of the June 26, 1914 Fort Collins Weekly Courier.

O. H. Prussel, a ditch digger for the Water Supply and Storage Company had his left leg smashed while working at the Laramie river ditch camp. He had to ride a horse to Chamber Lake as the roads were too rough for any other sort of travel.

The city of Fort Collins was beginning preparations for the semi-centennial (50 year) celebration of the city. The Courier promised to publish a Semi-Centennial Souvenir edition for every resident in the city.

The fireworks for the 4th of July had been purchased and there were plans to have an especially attractive and extensive display in honor of the semi-centennial. There were also to be balloon and parachute flights by Frank Frazier, the “Human Blackbird” as part of the celebration.

Adam Stuckert, who resided near the Plummer schoolhouse, had an auto accident while he and his brother were “enjoying the breeze created by good speed.” The brothers had only a few bumps and bruises, but the automobile apparently did quite a gymnastic number. 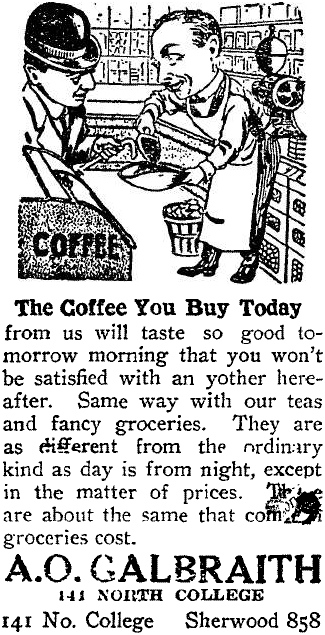 One of the Johnston creamery horses got a little overexcited and took off down Walnut to Mountain, circled a few blocks, then took off south on College and ran about 5 miles south of town. Policeman Charles Sanders tried to chase him down using the police department motorcycle, but couldn’t get over 40 miles per hour and occasionally had to stop to drag the machine through sand and gravel. He finally caught up with the horse and tied him to a post before returning to pick up the driver of the rig and return him to his ride.

Fort Collins beat out Loveland in a baseball game at Lindenmeier lake. The score was 4 to 3, but the home team played very poorly. The paper states that, “The local team had the chance to make a thousand scores, but fell down at the critical moment.” It sounds like neither team was worth writing home about.