In 1885, John D. Cooper (also known as Jack), built a cottage for himself — and a bridge over the Poudre river to reach it — at the entrance to Sheep gulch. He named his cozy little house “Bachelor’s Rest,” though it was also called Sheep gulch ranch on occasion. (Fort Collins Courier, July 2, 1885.) 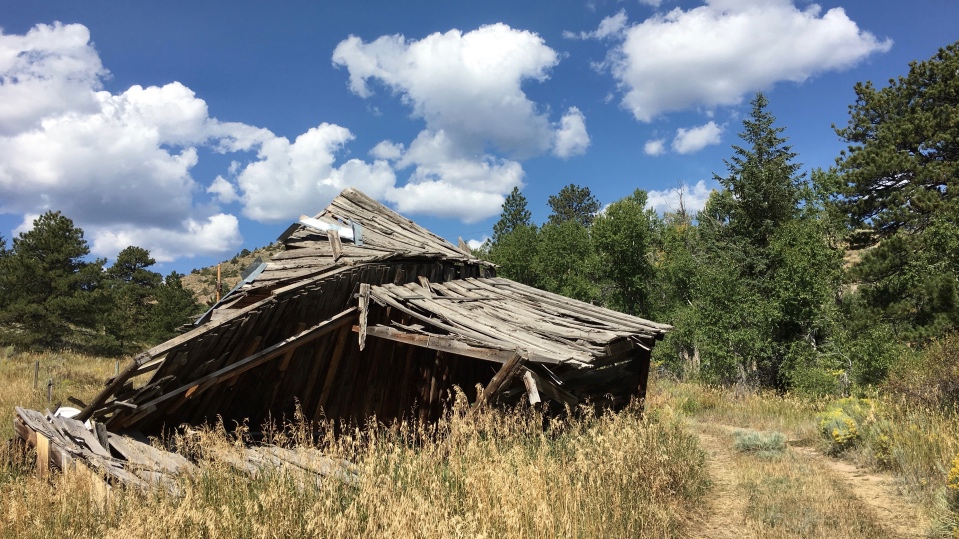 Jack Cooper built a cabin and a barn during the time he was on the property.
The barn sustained damage in 2014 after heavy snow.

Two years later, Jack moved on to Livermore and two remittance men bought the property, Eustace Dixon and Reginald DeRivas. Remittance men were sons of English nobility who were not in line to inherit any property. Sending them to America with a monthly stipend was considered a graceful means of getting rid of them.

During this time, a 17-year old kid by the name of Norman Fry came over from England to join Dixon and DeRivas and to learn all that they new of cattle ranching. Unfortunately for him, he soon discovered that Dixon and DeRivas really didn’t know squat. Fry’s family had paid $100 for him to learn ranching and instead all he ended up doing was housekeeping. So Fry did what he could to learn from others in the canyon, and with a little help from his family, was able to purchase some cattle and get a place of his own, just up Sheep creek from the Dixon/DeRivas place. 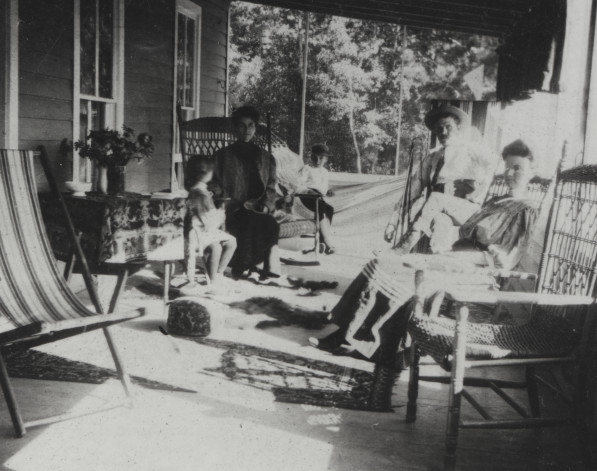 This photo from the Fort Collins Archive shows the porch of Pinehurst before it was enclosed.
From right to left are Anna B. Scott, A.W Scott, Earl Abbott, Lulu Maxwell Abbott, and
Anna May Abbott. (FC Archive #H10786)

In the meantime, the remittance men moved on and the property traded hands a few times until, in 1895, Alexander Weir Scott purchased the property. A. W. had married Anna Maxwell (step-daughter of Abner Loomis — for whom Loomis Avenue and the Loomis Addition were named). They added on to the cottage and renamed it Pinehurst. A. W. and Annie summered at the cottage where they would frequently host friends and family. 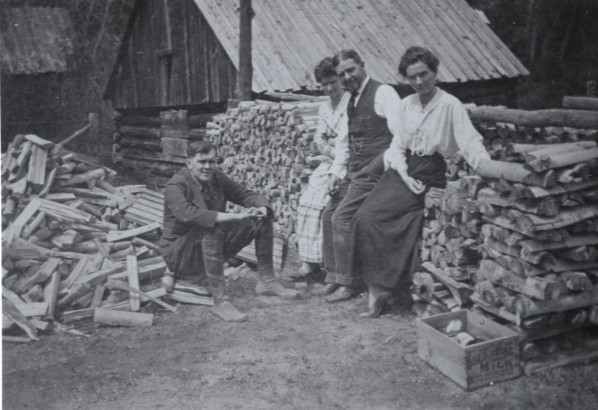 This circa 1900 photo from the Fort Collins Archive shows Mrs. Anna Scott, A.W. Scott, Lulu Scott Abbott, and an unknown man (sitting). The ice house can be seen behind the wood pile. (FC Archive #H06065.)

A. W. passed away in 1927 and his wife followed him 10 years later. They had no children, so the property passed on to Anna’s sister’s family.

Lula May Maxwell had married Frank Dennis Abbott. The Abbotts had been regular visitors to Pinehurst since the time that A. W. and Anna first purchased the property. Their children, Earl and Anna May, had often joined them. By the time of Anna Scott’s passing, Lula, Frank, and Anna May had all preceded her in death. So Pinehurst went to Lula’s son, Earl.

Earl was married to Jane Kinney and they had a son whom they named after Earl’s uncle Alexander W. Scott, giving him the name Alexander Scott Abbott.

Alexander Abbott passed away in 2011, almost two years after his wife of 66 years, Kate Winkler, had passed. Their four daughters continue to own and maintain Pinehurst today. So for nearly 130 years, the property has remained in the Scott/Abbott family. That’s quite a legacy. 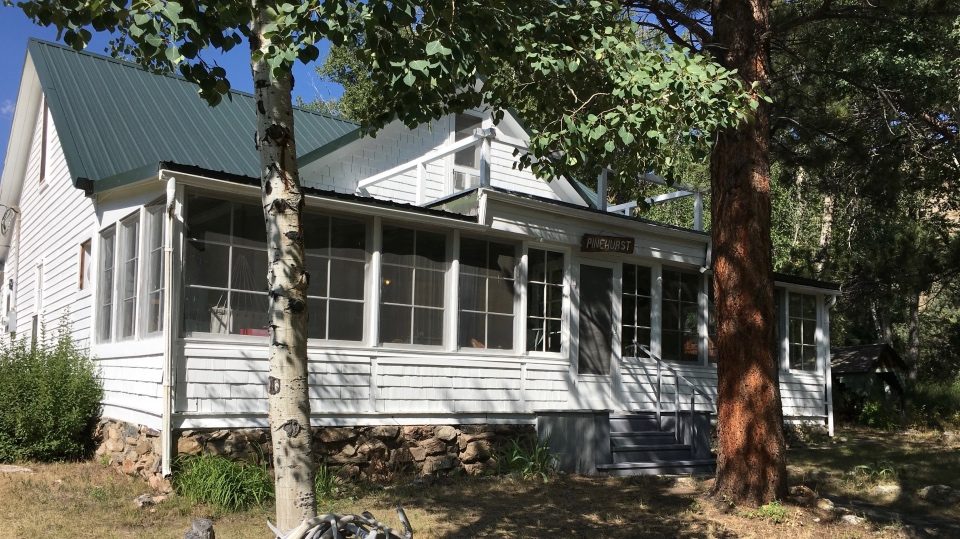 Pinehurst as it looks today.

Pinehurst is located on private property. So please do not attempt to visit unless you have been personally invited by one of the family members. But you can get a glimpse of this delightful mountain home through the following photos, which were taken during a recent tour of the property. 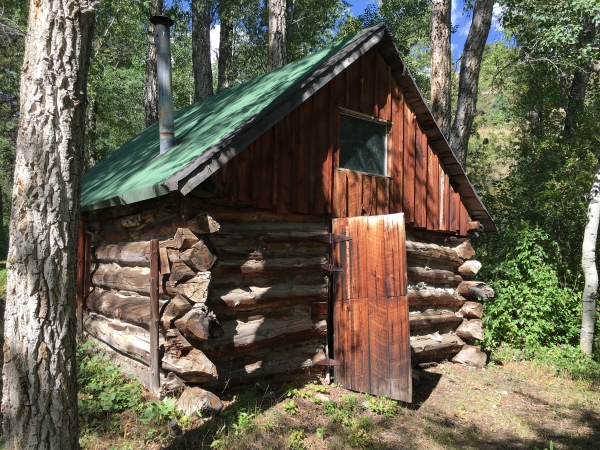 Sheep creek is located just behind this cabin.

There used to be a privy located over the creek. It was referred to as the Dew Drop Inn. 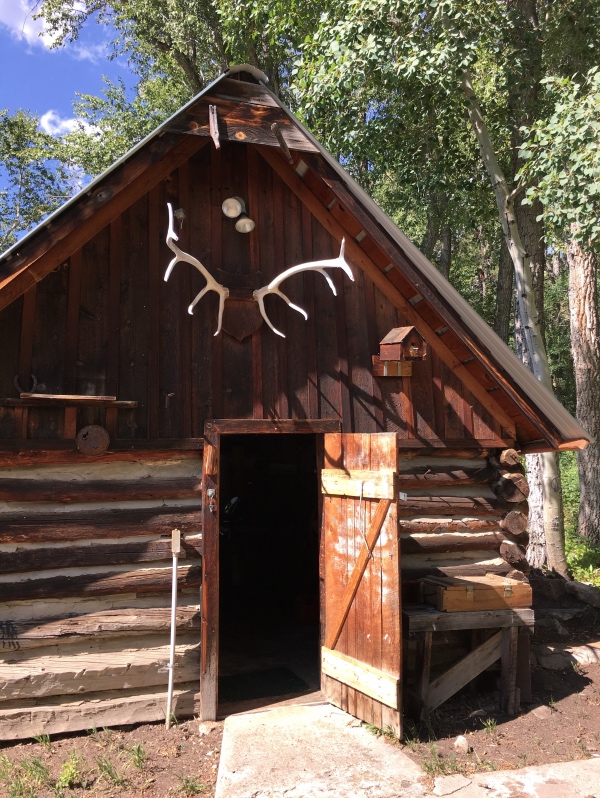 The ice house may originally have been moved from the mining community of Manhattan. 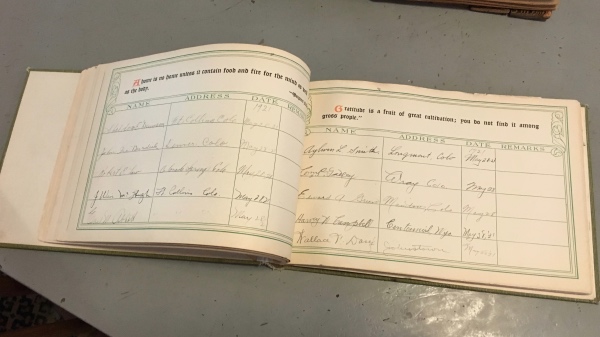 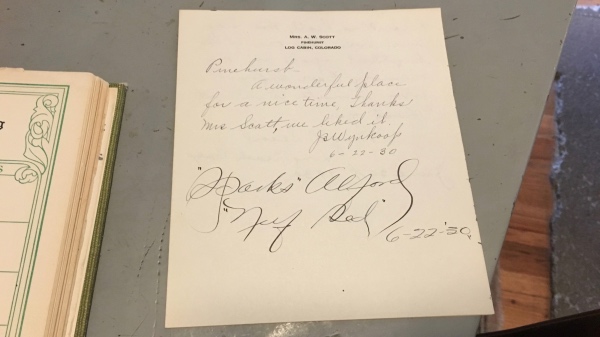 Thank you note from some guests in 1930. 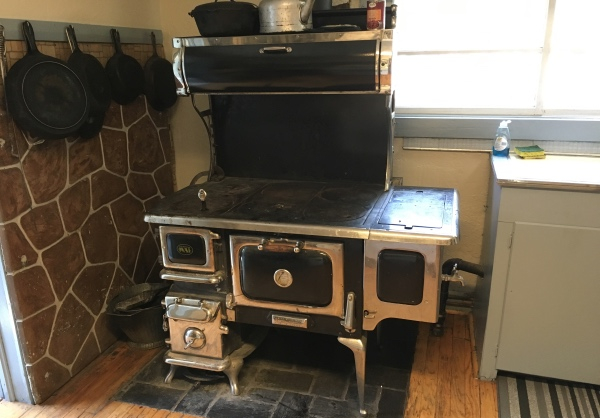 Pump organ on the front porch. 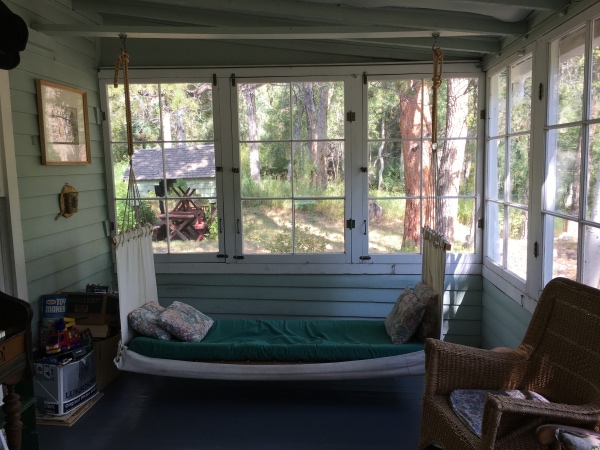 Swinging porch bed. There’s one on either end of the front porch. 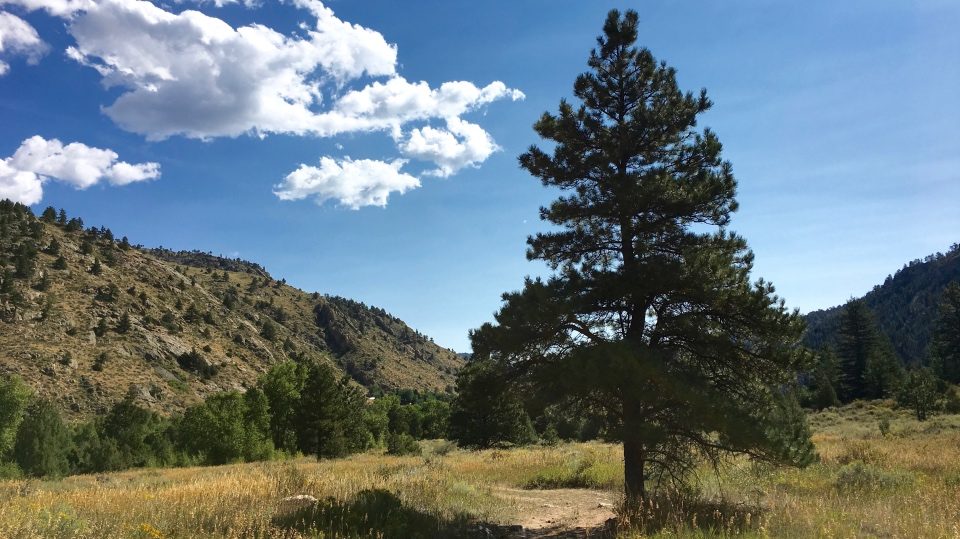 Pinehurst is at the base of Sheep Gulch along the Poudre River.

Thanks so much to Sue Schneider who invited me on a tour of this property. All of the photos except the two from the Archive are from that tour. Sue also gave an overview of the history of the property.

I also got some information on Pinehurst from this Red Feather Historical Society report.

And I collected date information on the Scott’s and the Abbott’s through Ancestry.com and other details about the property itself through ColoradoHistoricNewspapers.com.