Wish You Were Here – a postcard book by Cheryl Miller

In 2006, Cheryl Miller, in the CSU Department of Animal Sciences, compiled a book of old Fort Collins and CSU post cards as well as text from old newspapers. A friend of mine, Jennifer Mayan Kaylor, loaned me her copy. It’s been a lot of fun to flip through, and I thought I’d share some excerpts with you all.

All excerpted text below is directly from the book. All postcard images are duplicates found online that match postcards reproduced in the book — from the collections of Gordon Hazard, Rose Thompson, and Cheryl Miller.

February 20, 1902 – Mrs. Owens of Castle Rock, a representative of the Anti-Cigarette League, gave a helpful lecture on “Love, Courtship and Marriage” at the college chapel. The students were treated to a whirlwind of wholesome wit interspersed with straightforward defense of the right and condemnation of the wrong as they have heard from this breezy, cheery woman.

Fort Collins Fun Fact
February 26, 1908 – The Loveland Leader stated, “It may be difficult for some to realize it, but really Fort Collins is not the whole thing in Larimer County.” 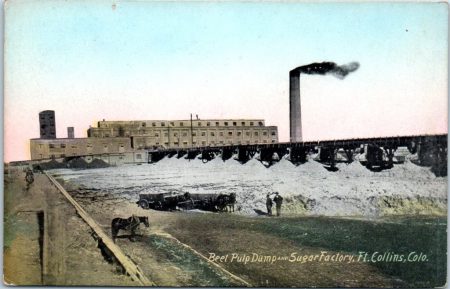 Fort Collins Fun Fact
March, 1915 – D. C. Armitage, city commissioner of public works, announced that a number of female cotton-bearing cottonwood trees would be removed in the spring because their cotton saturated the air with cotton. Housewives were complaining because it stuck to the clothing on their clothesline. A city attempt to rid the town of these trees two years earlier had stirred up a bitter protest from residents who admired the tree-lined streets.

June 8, 1916 – A marker honoring early pioneers was dedicated during graduation ceremonies for the college class of 1916. The monument was at the insistence of Buffalo Bill who was a good friend of Arthur Patterson [one of the men who had donated land to start the college]. 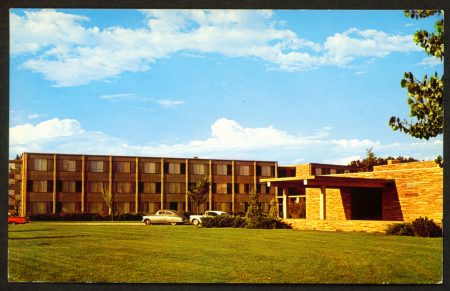 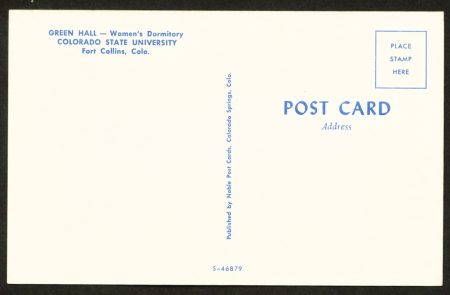 back side of card

October 8, 1902 – It had been long felt that a light at the college depot was necessary and ought to be supplied. The evening train usually arrived after dark and it was decidedly disagreeable for those who got off there to stumble around int eh dark searching for an elusive sidewalk.

October 22, 1903 – The farmers were cautioned against dropping onions, beets and potatoes on the streets from their loaded wagons as they obstructed traffic, scared horses and upset carriages. 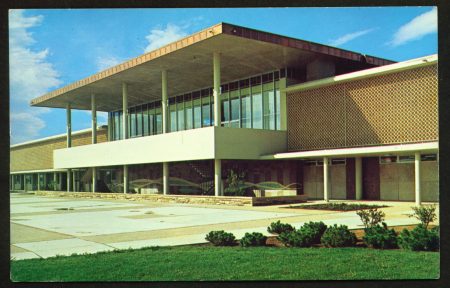 November 5, 1902 – Janitor Kelley of C. A. C. [Colorado Agricultural College] had a joke on members of the freshman class. They had stolen the clapper of the bell the previous Friday and 15 or 20 of them had gathered on Monday to see how Kelley would react when the bell would fail to ring. Mr. Kelley pulled the bell rope and the same old familiar sound greeted the freshies ears. The janitor had discovered his loss and had a new clapper in place ready for use Monday morning.

Fort Collins Fun Fact
December 3, 1902 – The hog house was ready for occupancy. It was a model one and has every convenience for handling hogs. The animals can be loaded, unloaded and weighed without any handling. The temperature of the rooms is easily regulated. This building in 1902 was said by some to be too fine a structure to keep swine in, but the up-to-date farmer does not agree.

There are several images of postcards in this book that I wasn’t able to locate online, which means they must be fairly rare indeed. If you are a thrift shopper or estate sale maven, I’d recommend that you keep an eye peeled for this little gem. 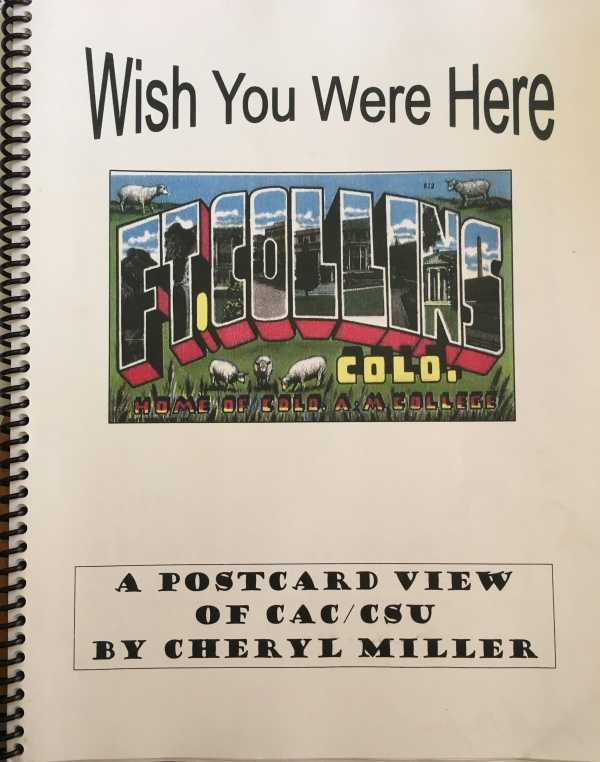