Snippets of history – one house at a time

Leo and Hilda Ritter moved to Fort Collins in 1919 with their toddler, Jack. Near the end of her life, Hilda sat down with her daughter and reminisced about all the houses they had lived in over the years. She included little details such as what the curtains were like on the windows, who the neighbors were, and how she spent her time. All of these details were put into a small memoir that is now available to view at the Old Town library.

Today I present photos of each house the Ritters stayed in during their time in Fort Collins along with a small snippet of Hilda’s description of the place. 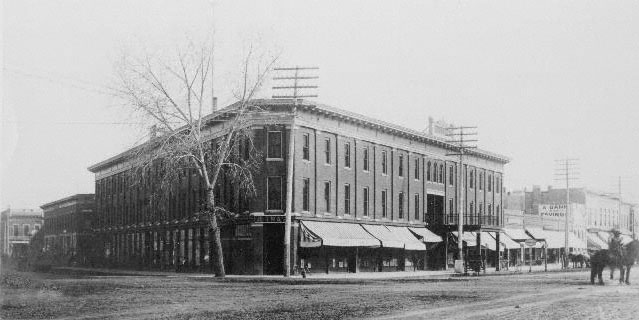 The Northern Hotel
(from the Fort Collins Archive – H03486)

“There were no arrangements for us to live so we went to the Northern Hotel and stayed probably a week. There were no apartment houses here then, just housekeeping rooms (very poor and shabby and none of those were available).” 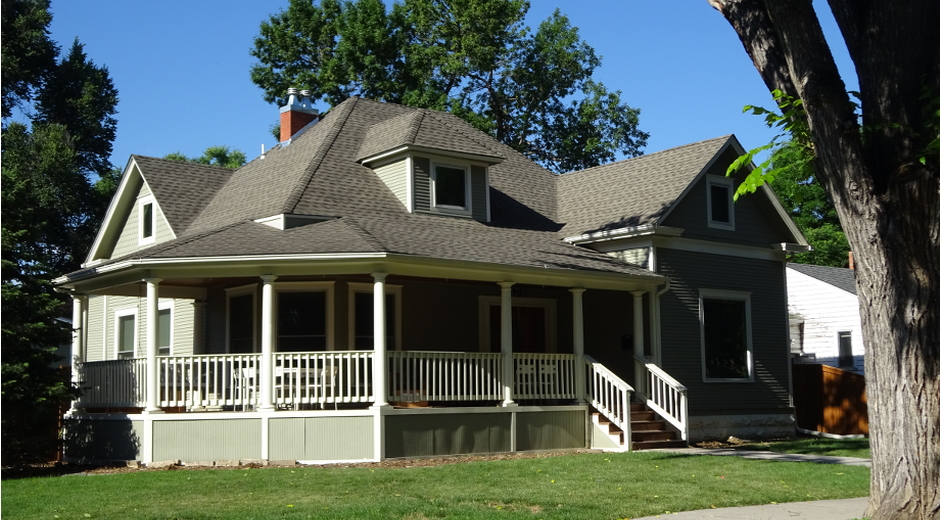 “Finally Mr. Messerschmitt talked to friends and acquaintances and at last we had two roof rooms (upstairs) at 901 W. Mountain Ave. For cooking I had a 2 burner gas plate; you had to put a quarter in to keep it going. We had a little oven to set over one burner and could bake a few things. We had a bath that was shared by 2 other families. Mr. and Mrs. Abe Akin owned the place and they had 2 daughters, Grace and Dorothy. Finally Grace went to William Woods College in Fulton, Mo. and later was associated with Readers Digest Magazine for a long, long time. ” 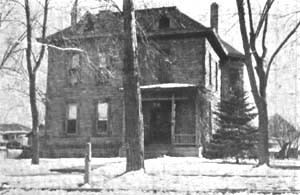 The Kappa Delta Sorority House
(photo from the Fort Collins Archive – KD_22_1). This building is hidden behind a commercial facade that now surrounds it, but you can still see it peeking up in back if you drive past the Bohlender funeral home.

“Spring 1920 finally came and Leo bought a used Chevrolet, open 4 door car. It had side curtains and by the time we would get those on, we’d be wet but they helped. Since Mother, Gladys and Fritz were coming to see us that summer, we rented the Kappa Delta House where Warren’s Funeral home is now in 100 block West Olive. [now Bohlender Funeral home.] It was furnished and we paid $110.00 a month. Mother was skilled at cooking and by the time they arrived, we had some boarders – a Mr. and Mrs. Yontsey and a Mrs. Turner who son was head of the telephone company. The Kappa Delta house mother, a Mrs. Wharton, stayed with us and a school teacher from Illinois.”

“I was a busy summer and we went to the mountains a lot and we went to the Frontier Days in Cheyenne. Of course, we sat in the cheap seats, the bleachers, carried a water jug and took our lunch. It was fun but a hard day. Later, we had the privilege of going and sitting in reserved seats. Lots of times afterward we went to the parade and didn’t stay for the show.” 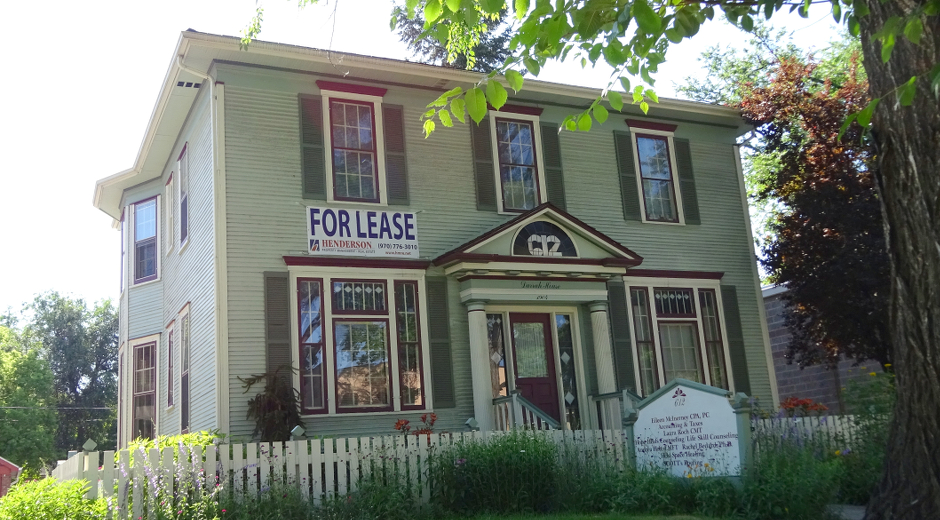 “After the summer at the Kappa Delta house, we had to find a home. Nothing was available but house keeping rooms or buying a house. Housekeeping rooms were poorly furnished with cast off furniture… and buying a place required more money than we had and we were not sure I could continue to be free of asthma. But Leo heard of a house at 612 S. College and it was for rent. The occupants were separating and the man was head of Woolworth’s store and going to a new location. So Leo rented the place for $45.00 a month. It was a two story and had 6 rooms and bath upstairs and 5 rooms on the first floor with a bath.” [They ended up subletting most of the rooms and squeezing their own family of four, by that point, into one bedroom. They brought in $110 a month, $45 of which they had to pay in rent. The rest they pocketed, saving up for a house of their own.]

“Across the street Mrs. Rist lived – she had 3 daughters. One was Jane and she married one of breakfast food ‘Post’s’. She had a son named Charles and he and Jack were friends.”

“There was a grocery store on the southeast corner of Laurel, Wolfers, and across the street was the Campus Shop. Some people by the name of Fischer lived in the 2 story light brick house back of Campus Shop.” 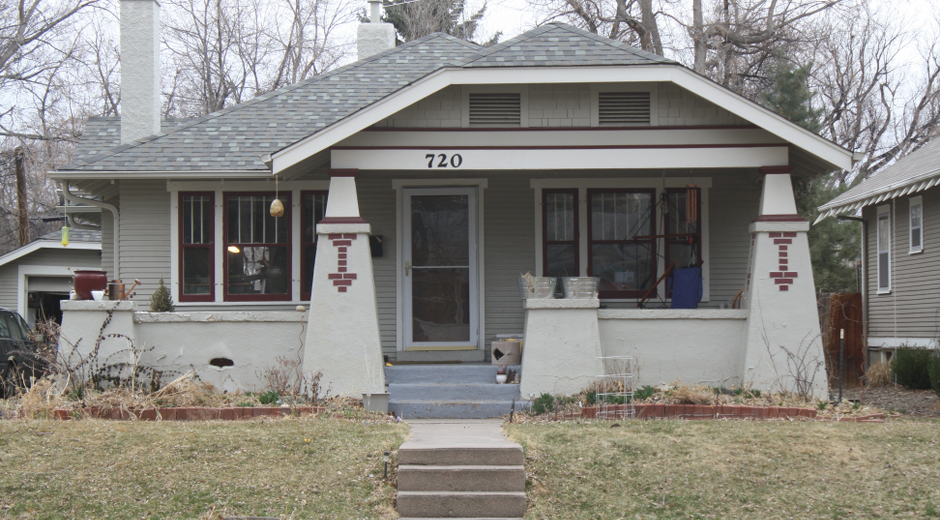 “The dining room was very small but we could seat 12 at the table. We had a breakfast nook in the kitchen, but when we bought our first electric refrigerator we had to use the nook for that and we ate at a drop leaf kitchen table. It was a General Electric refrigerator with a big round thing on top and we were using it 602 E. Elizabeth until we bought the pink one. We had a gas stove with a high oven. Our eating table was beside the stove and once when there was a squabble between Jean and Jack, Jean got pushed into the stove and got a nasty cut on the head.”

“Once Jack and Charles Post were having fun and coaxed Jean to let them put her down the [laundry] shoot, which they did, and the only fortunate thing about it was, I kept a large laundry basket on the basement floor to catch the soiled clothes and she landed in that and wasn’t hurt.” 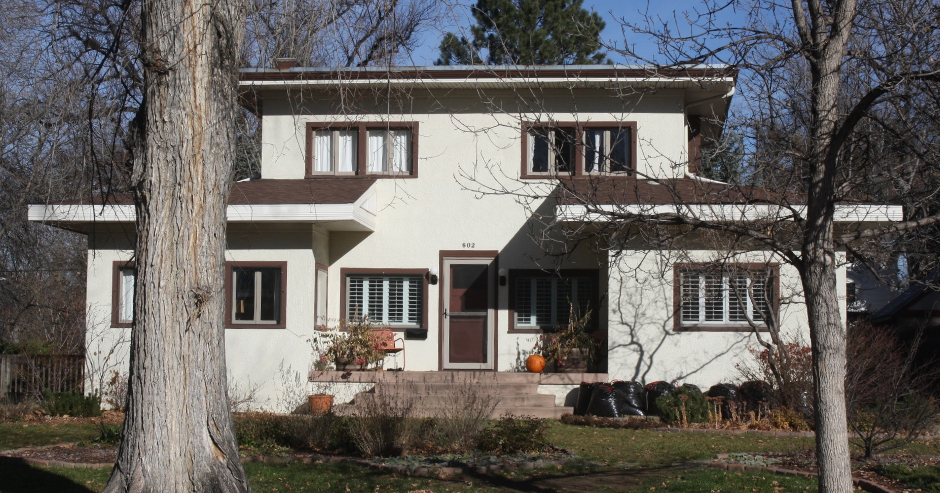 “Edgar Guest said, ‘It takes a heap of living in a house to make a home’ and I felt we made 602 Elizabeth a home…. We shared our home with many guests – college students, soldiers in 1942 when we had 800 or more here in training at A&M, church visitors, friends of all 3 children, relatives from Missouri and Oklahoma and other places.”

I have only picked out a few details from each time period to share from Hilda Ritter’s memoir. There is quite a bit of detail about family events, city events, and especially neighbors and friends. It’s a delightful read and makes me wish that everyone took time to write something like this in their later years. What a treasure for the Ritter family and for the city of Fort Collins!