“A game of baseball is like a buckwheat cake — a great deal depends on the batter.” – Fort Collins Courier, December 15, 1881

Baseball has been played in Fort Collins since the earliest days. By the 1880s, it appears that teams had formed up on the east and west sides of town. The Courier, on March 30, 1882, announced that “The boys of the east end are happy since they scooped the west-enders at base ball.” Friendly games often took place with neighboring towns. In the following Courier news clip (20 August 1885), a Fort Collins team was set to play against Berthoud. For whatever reason, the Collins guys never made it. But the Berthoud team didn’t let that stop them from having a rousing time. 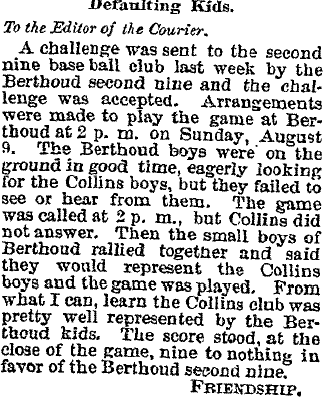 In 1928, Fort Collins residents were able to “watch” the World Series for the first time. Space was made at the corner of Mountain and Remington (just east of the Express-Courier building) for fans to gather round and watch the Playograph. A telegraph operator relayed the game, play by play. Telegraph receivers all over the United States would pass on each play to a local announcer who would in turn relate the play to the crowd. But the most important technology was the Playograph. It was a large board with a baseball diamond painted on it and figurines that represented each of the players on both teams. As a play was announced, volunteers (in this case Express-Courier employees) moved the figurines around on the board so you could “see” the action. In 1929 and 1930, the Playograph was again used, but this time the fans were able to hear the game over the radio as they watched the figurines move around on the board. The 1931 and 1932 shows were moved to the east lawn of the courthouse where 300 baseball fans congregated. And in 1933, the Playograph was moved to Humphrey’s garage at West Oak and Mason. But by 1934, most residents had their own radios and ended up staying home to listen to the game there.

In the early 1900s, the Great Western Sugar Company began to hire Mexican workers to replace the Russian-German workers that had saved their money, bought some land, and started farms of their own. The laborers worked in the beet fields 6 days a week. But on Sundays, they’d gather at the corner of Smith and Mulberry, or at the Poplar Cherry Orchard at Cherry and West Streets, for a day of baseball. Teams were formed and competitions were held among all the neighboring towns. Families would pack lunch or dinner and travel to wherever the game was being held, emptying out the neighborhoods where the workers lived. 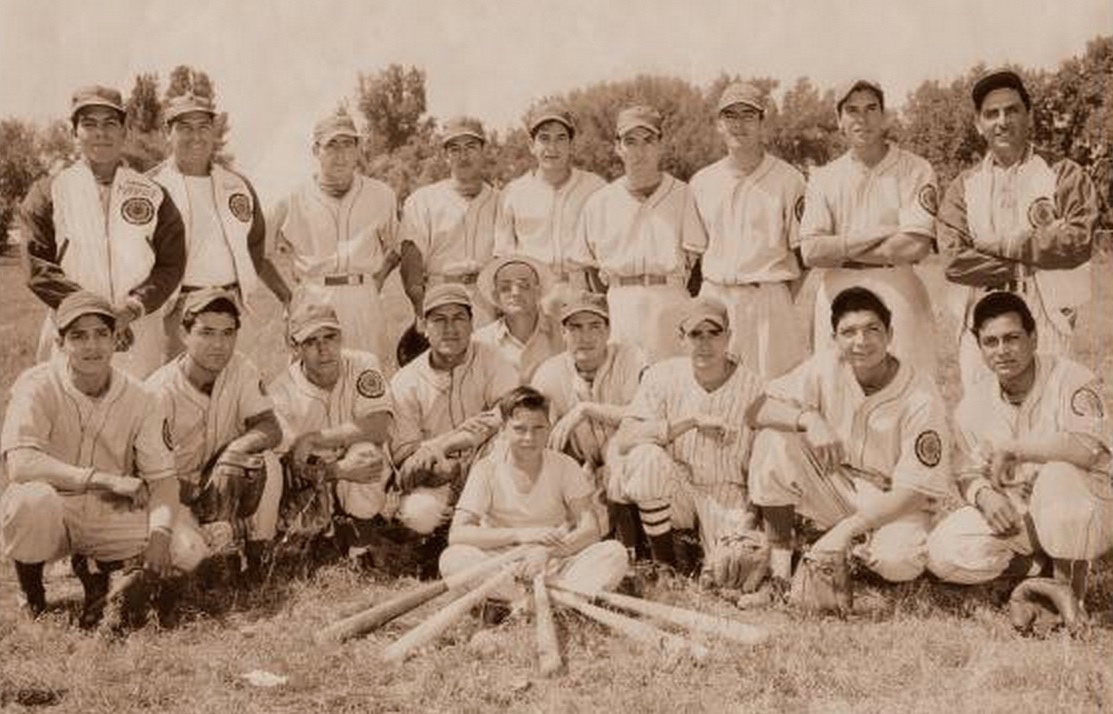 The Fort Collins Legionnaires in 1947. This photo is from the book, From Sugar to Diamonds: Spanish/Mexican Baseball 1925-1969, by Jody and Gabriel A. Lopez. The book focuses on the Greeley Grays, but includes information about neighboring teams as well, including Fort Collins teams.

The Fort Collins teams went by a few different names over time: The Spanish American Team, the Legionnaires, the Merchants, and the Rebels. They played against such teams as the Ault Tigers, Brighton Rams, Boulder Optimists, Denver Pharaohs, Erie Stardust Club, Galeton Cats, Gilcrest Aztecs, Watenburg Bluejays and the Milliken Cabellos. In 1946, the teams started to play at City Park. This was a big step up as their previous ball fields had no facilities to speak of. Though the teams were originally made up entirely of Mexican sugar beet workers, over time Anglos joined in. Despite tensions in the city between whites and Hispanics, on the field what mattered was skill with the game, not racial background. In 1961, the Fort Collins Baseball Club was started when a group of parents decided to organize a Little League program. Out of that effort, the FCBC now oversees 250 teams with well over 3,000 young players. 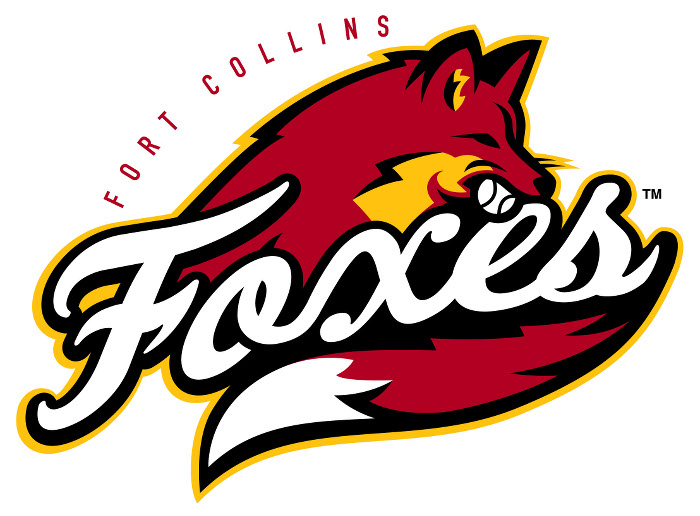 Baseball continues to be a popular pastime in Fort Collins. In 2005, Kurt Colicchio founded a new local team called the Foxes, who play at the west end of City Park. Originally part of the Mountain Collegiate Baseball League, Colicchio recently started a new league made up of the Foxes, the Loveland Blue Jays, and the Windsor Beavers, all of which are owned and operated by Colicchio. The Foxes have had many successes, both as a team and among individual players. 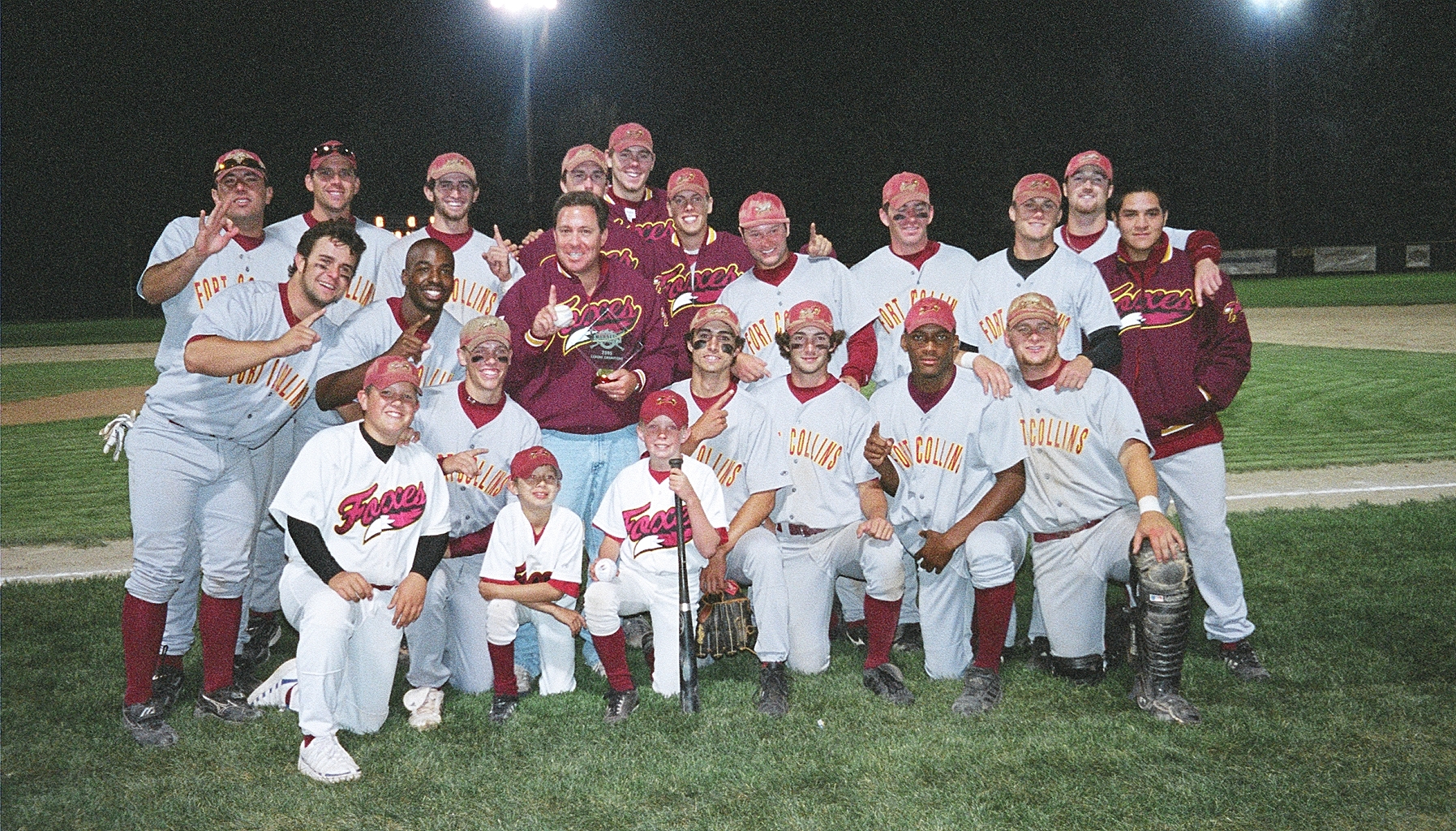 The Foxes beat out the second place team, the Laramie Colts, 2 games to none, to claim the first title for the Mountain Collegiate Baseball League. (Photo courtesy of Kurt Colicchio.) 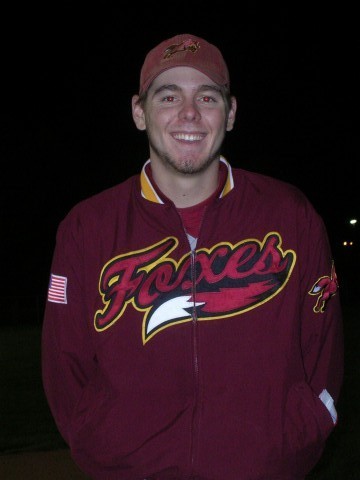 Tommy Vessella was drafted by the Houston Astros in the 11th round of the 2006 MLB draft. He was recently released by the San Francisco Giants this spring. (Photo courtesy of Kurt Colicchio.) 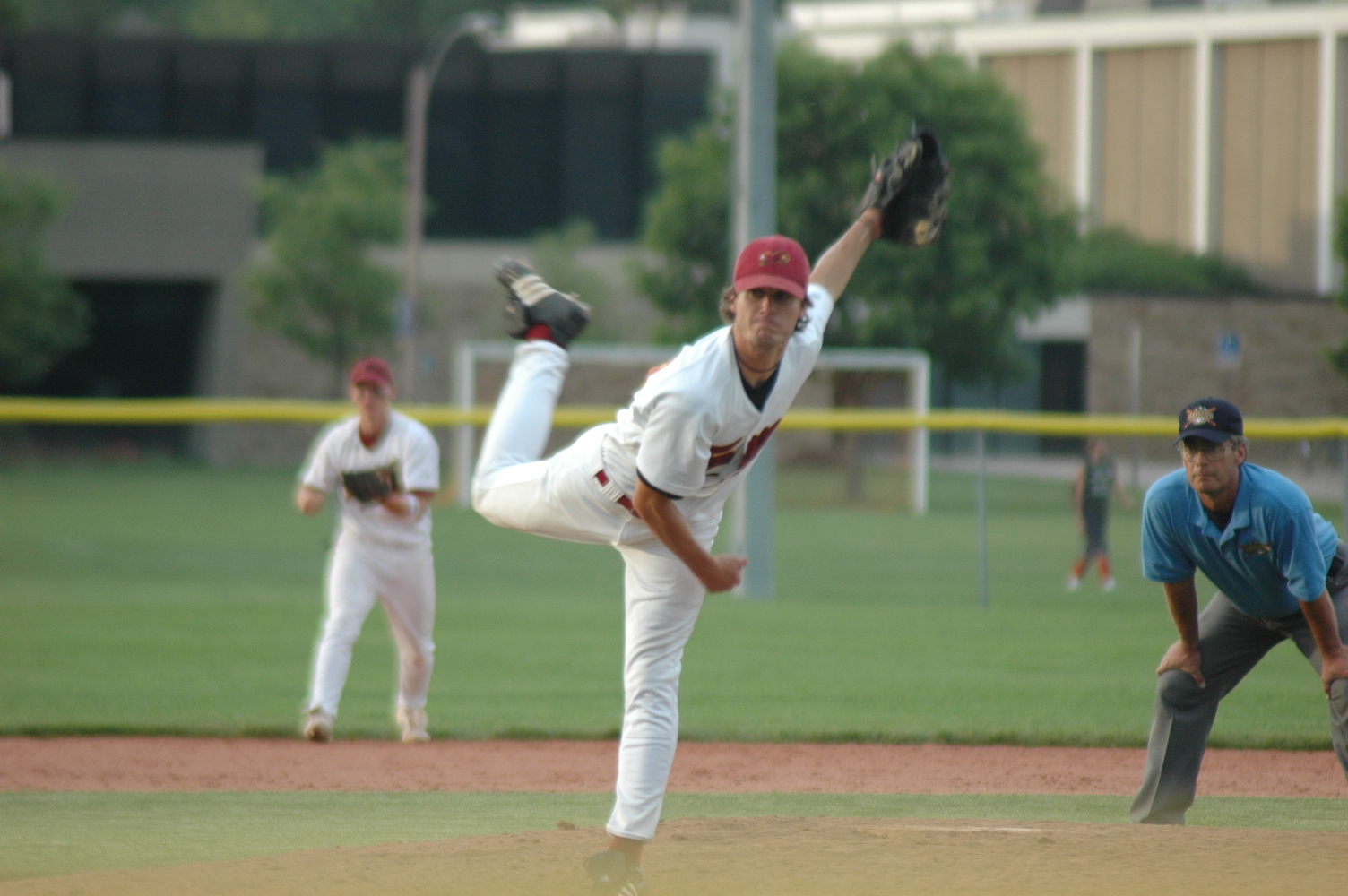 Ben Maynard won 9 games for the Foxes in 2005, a single-season record that still stands.  Maynard won the “Foxes Pitcher of the Year” award for 2005, and was also inducted into the Foxes Hall of Fame in 2010. (Photo courtesy of Kurt Colicchio.) 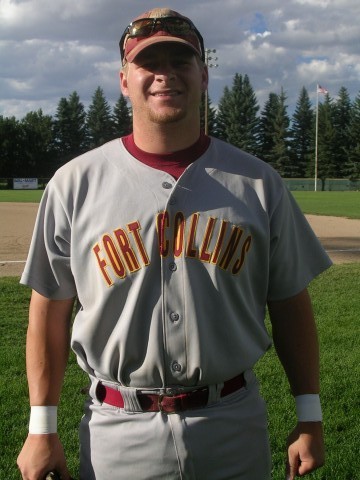 The Foxes Player of the Year award went to Stephen Vogt in 2006. Vogt was later drafted by the Tampa Bay Devil Rays in the 12th round of the 2007 MLB draft.  He currently plays for the Sacramento River Cats, the Triple-A affiliate of Major League Baseball’s Oakland Athletics. (Photo courtesy of Kurt Colicchio.) 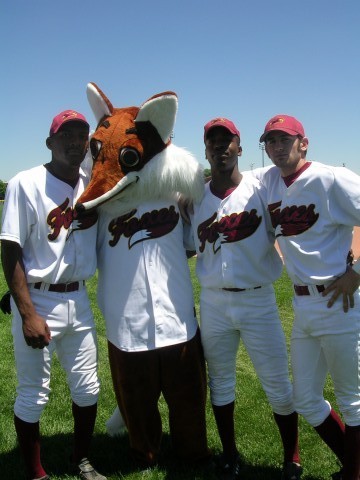 Supporting the Foxes is also a way to support other local causes such as the Cat Rescue, Larimer Humane Society, and Healthy Kids Club. $1 of your ticket price is donated to those charities on that day. Opening day for the Foxes is next Saturday (May 31st) at 6:15pm against the Windsor Beavers.  For the Foxes full event schedule, check out their website.

Sources for this article: The newspaper clip from the Fort Collins Courier is from the Colorado Historic Newspapers. The story of the Playograph was taken from a Fort Collins Triangle Review article from October 22, 1980 entitled “Play by play with the Playograph” by Charlene Tresner, which the Archive at FCMoD had on file. The photo of the team from 1915 was from this same article. Access to the article was courtesy of the Archive at FCMoD. The photo of the Fort Collins Legionnaires is from the book, From Sugar to Diamonds: Spanish/Mexican Baseball 1925-1969, by Jody and Gabriel A. Lopez, which is available for purchase through Amazon. Information on where the teams played during that time was also from this book. Photos of the Foxes as well as all attached information came from Kurt Colicchio, the president & general manager of the Fort Collins Foxes Baseball Club.