Then and Now: A roundabout and a train yard

Transportation design says a lot about the mindset of the designers. One of the complaints that I hear from cyclists today is that much of our transportation infrastructure was designed for cars and cars alone. This hasn’t always been the way. Roads used to accommodate a wide variety of transportation modes – walking, biking, horse travel, buggies, and eventually cars as well. It was a transportation hodge-podge with everyone using pretty much the same infrastructure. It was only because speeds were generally pretty slow that there weren’t more accidents. (If you’d like to see how all of these types of travel interacted, there’s an interesting video online of Market Street in San Francisco in the early 1900s. It was chaos.)

All of that to say that this old photo captures a time in Fort Collins when Mason Street was very clearly not built for automobiles. There was a rail yard that took up the entire width of Mason (and then some).

Also note the roundabout at the intersection of Laporte, Walnut, and College Avenue. And if you’ve ever wondered why Laporte Avenue starts out wide and quickly shrinks down to a much smaller street, you’ll note that there used to be a passenger depot in the way.

I’ve included both a before and after shot here and a second version with a few arrows indicating a some points of interest. 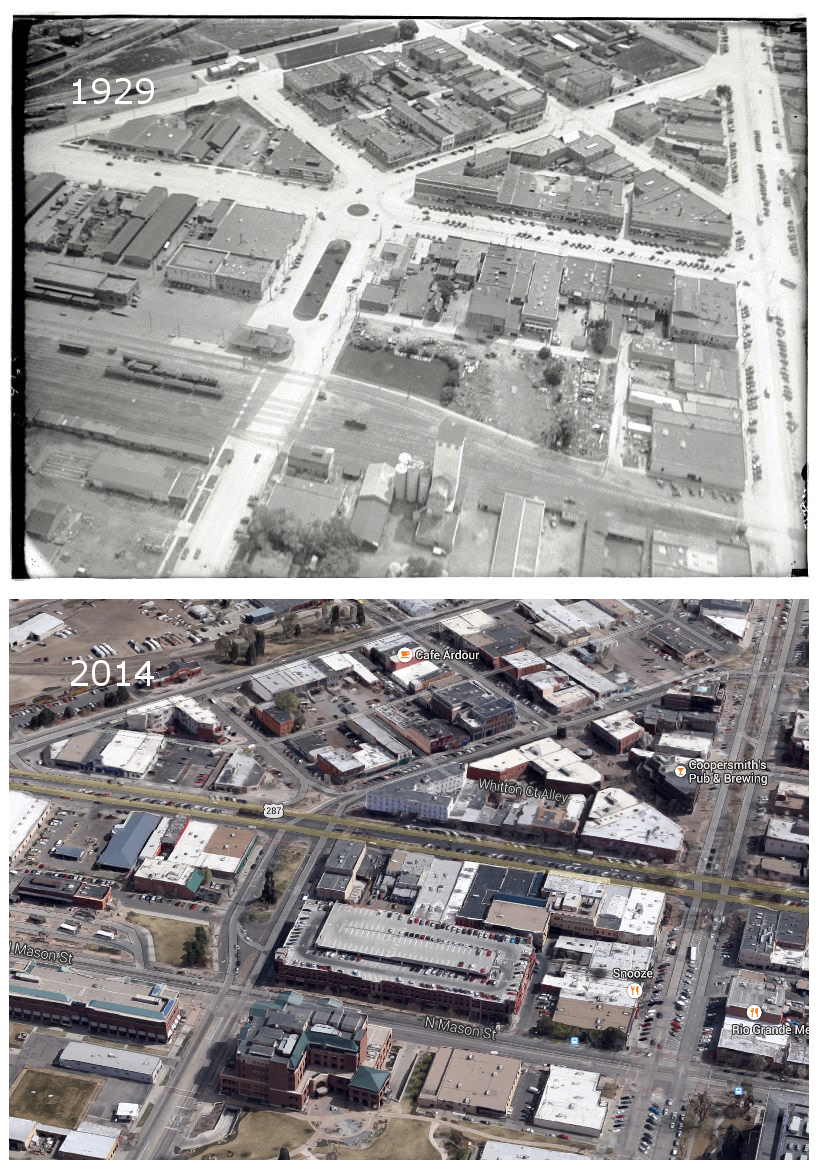 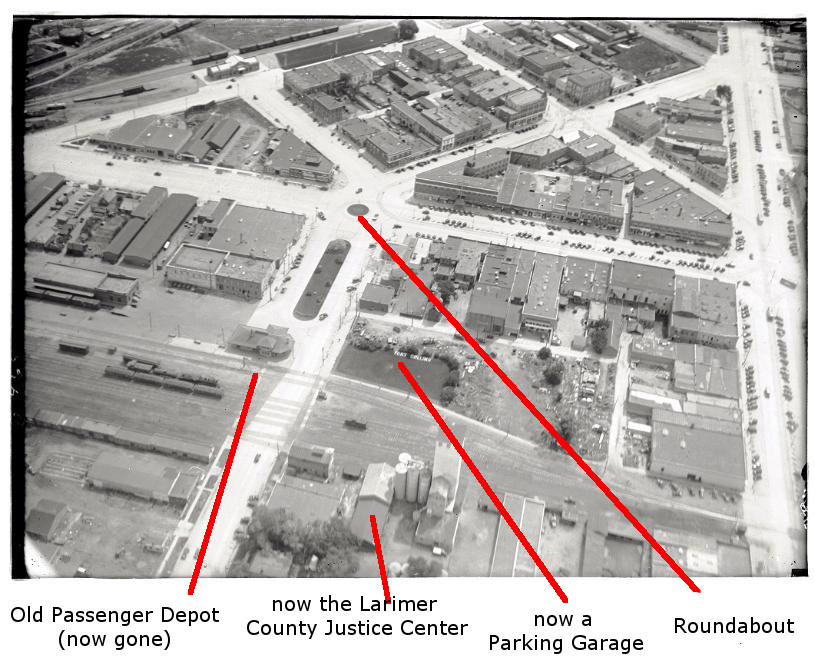 If you’d like to learn more about what Mason Street was like back in the day, check out this old Forgotten Fort Collins post – Historic Mason Street.
Sources:

The lovely old aerial photo is from the CSU online archive – my favorite treasure trove. You can see the photo and get more information about it on the CSU website.

The present day image is from Google Maps.