In search of the Day or Paine family

*** Edit: I’m really pleased to announce that these photos have found their family! But I’d encourage you still to read on. Your family photos could be similarly lost. Please use this as a reminder to label your photos and to pass them on to kids, neices, nephews, etc. so they can continue to be appreciated by relatives.

I’ve recently been given some photos that were all taken around the 1920s and 30s. There are a few last names mentioned on the photos including Day, Paine, Wolfe, Massey, Stafford and Atwood. I’ve plodded through Ancestry.com and managed to pull together a family tree that centers mostly around the Days and Paines. (I suspect that the collector of the photographs was Grace Paine who married Alfred Day.)

Among the photos are a some that are stamped with the names of Loveland photographers (or photo developers). Jacob Maurer is mentioned as the printer of one. Garrett’s Art Craft Studio is another. There are also a few photos printed at Ringer’s Studio in Paola, Kansas, as well as by W. E. Stepp in Pleasanton, Kanasa. And there’s a postcard that was addressed to LaCygne, Kansas. 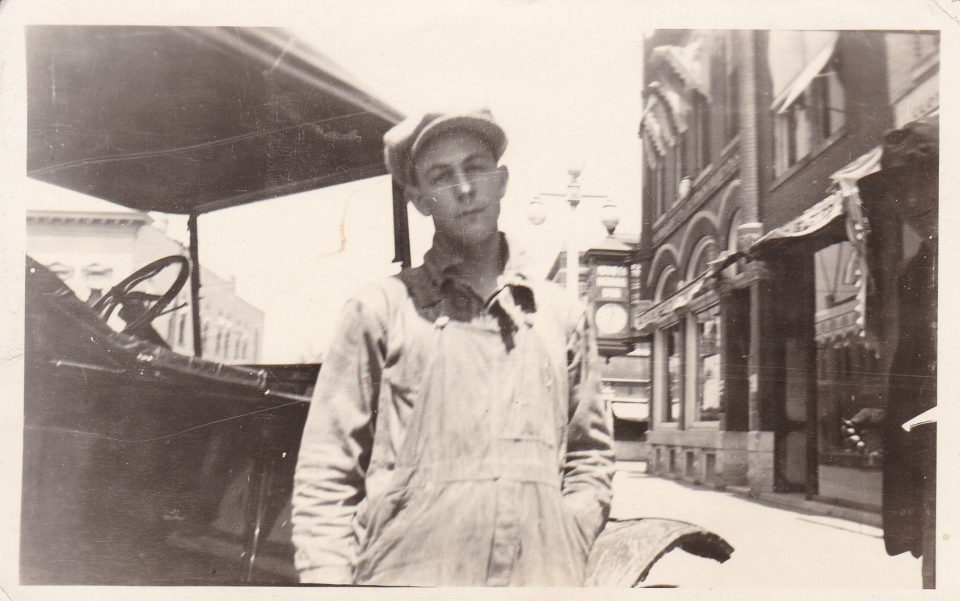 This is Ferrel Day. The back of the photo says, “This is Ferrel and his car taken the morning he took Ethel to Paola [in Kansas] with his sharp clothes on.” The author of the notation clearly had a sense of humor.

I’d like to locate the a family member that would appreciate this collection of photos. I’m hoping that by posting this here, I’ll come across someone who might have known the Days. They seemed to travel up the Big Thompson canyon enough to have several photos of their journeys. And there are a few photos of Grace and Alfred Day’s son, Berl, that have “Loveland” written under Berl’s name. 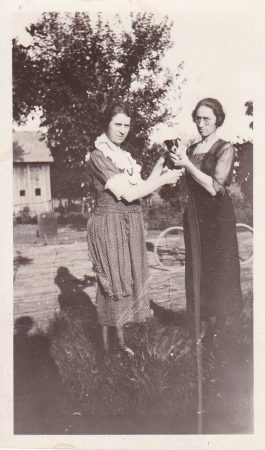 Grace Day (at right) is holding a puppy as she stands with her sister, Mabel Paine. I don’t know how anyone could be holding such a cute puppy and not smiling, but Grace doesn’t smile much in any of her photos.

It’s possible that the Day’s lived in Wellington for awhile and then moved up to Cheyenne, but came down to Loveland to visit their friends, the Wolfes. This is all conjecture based on a very cursory glance at city directories, however.

I have about 80 – 100 photos of this family. If you know of someone that might be related, please pass this post along. Thanks! 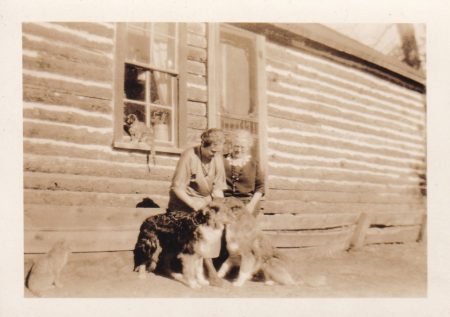 This photo was printed at the Torell Studio in Loveland, but I have no idea who is in the photo. 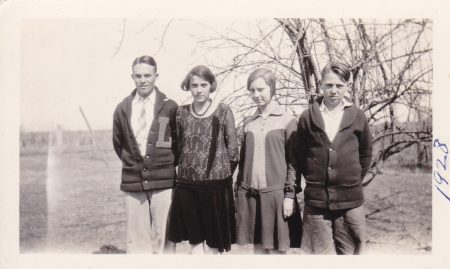 Could the “L” be for Loveland? 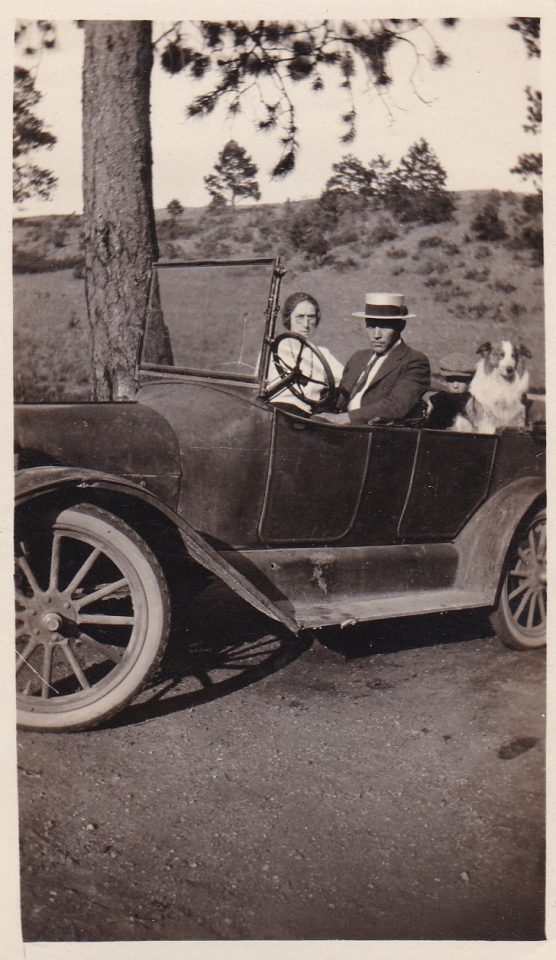 Grace and Al Day in front with Berl and the dog hanging out in back.

Genealogy that I’ve pieced together:

James W. Paine came to Kansas from England in the late 1890s with three daughters in tow: Mabel, Maggie and Grace. (Their mother, Mary, appears to have passed away some time before their voyage.) Mabel may have married a man by the name of John Miller. Maggie doesn’t appear to have ever married. And Grace married Alfred Marion Day. They had one son, Berl, who later married Laura Ione DeGraw and they had a son, James William Day. It appears that Alfred and Grace got a divorce. Al married Flora Althea Fodge. They lived in Cheyenne. I have one photo of Grace with a Carl Danielson, so perhaps she moved on as well.

Alfred Day came from a large family. His parents, William Albert and Sarah Frances, had twelve children, at least three of whom died before they reached their first birthday, and one of whom seems to drop off the radar after she reached school age, so I don’t know what became of her. In birth order their children were, Owen Estel, Estella M, Harley Harrison, Hansel Elmore, Hazel Ellen, Alfred Marion, Bert Olgen, Edna Lavina, Virgil Ray, Robert Ferrel Vernon, Herschel Charles, and Juanita F.

Owen married Ethel McDonald and they had a son, William Lewis Day.

Harley married Dathula Lyles and they had two daughters, Edna June and Jesse May. (Hmmm. There’s a month theme going on there.)

Bert married Anna M and they had Loleta and Leonard.

Virgil married Elva Milton and they had Irene Elizabeth.

Ferrel married Berthel Oka Ray and they had Robert Jean.