Summer is finally here! The sun is out, the temps are rising, and the kids are home from school. It’s a wonderful time to stop reading about history and go out and experience it instead. (It might also be a wonderful time to sit on the shore of a lake and read some history. But still, you’ll be getting outside.)

Every summer I talk with my kids about goals that we’d like to accomplish during the summer break. I’ve come up with five things that I’d like to do before it’s time to head to the store for school supplies. So I thought I’d share my bucket-list here. And I’ve decided to add an additional five things that I have done already, but that I think you might want to consider checking out this summer if you get a chance.

So, in no particular order, here are ten ideas for connecting with our local history during the summer season. 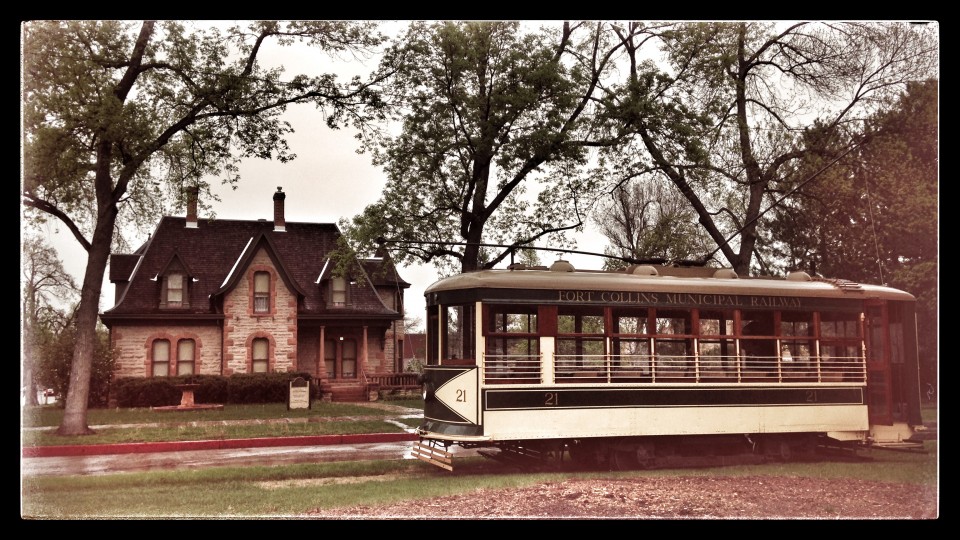 I have never ridden on the trolley. I’m ashamed to admit it. I live just a block away from the line and see it pass down Mountain Avenue every weekend in the summer. And yet, for whatever reason, I’ve never hopped on board.

I love the trolley! It cheers my heart every time I see it. I love to take photos of it. I know several people that are conductors. I love what the Fort Collins Municipal Railway Society is doing. So why the heck haven’t I taken a ride? I have no excuses. This summer, I’m going to make it happen. (I’m aiming for June 21st, Father’s Day, when dad’s get to ride for free. I’m going to invite my sister and brother-in-law to join us. Their son loves trucks and the like. I’m hoping he’ll enjoy a trolley ride.)

Trolley ride details: The trolley runs from noon – 5pm, Saturdays and Sundays, from May through September. It’s $2 for adults, $1 for seniors and kids, and the under 3 crowd is free. Learn more about the trolley (including its history) on the FC Municipal Railway Society webpage.

I really feel like I’m sitting in a confessional here. I know several Water Works folks who read this blog and I’m sure they’re gasping in horror as I confess this. But I’ve never been on a Water Works tour.

There’s a huge “to do” going on at the Water Works this month — June 13th, 10am – 3pm — called the Big Splash. But I’m going to be out of town. So I’m gonna have to visit on one of the other days when the site is open and tours are being given. That means either July 11th or August 8th if I’m going to make this happen before school starts.

The Water Works were one of the first historic landmarks in Fort Collins. When the city was first starting out, a small fire could grow out of control quickly, and there were no water lines to put it out. The only way to fight a fire back then was with a bucket brigade, and you can imagine how well that would have worked in our dry climate. The Water Works was built so that the city could have water piped in from the Poudre river. It was, of course, also used by the people that lived in town (which mostly meant right around the downtown area), but it was first and foremost the city’s best protection against massive damage from a fire. 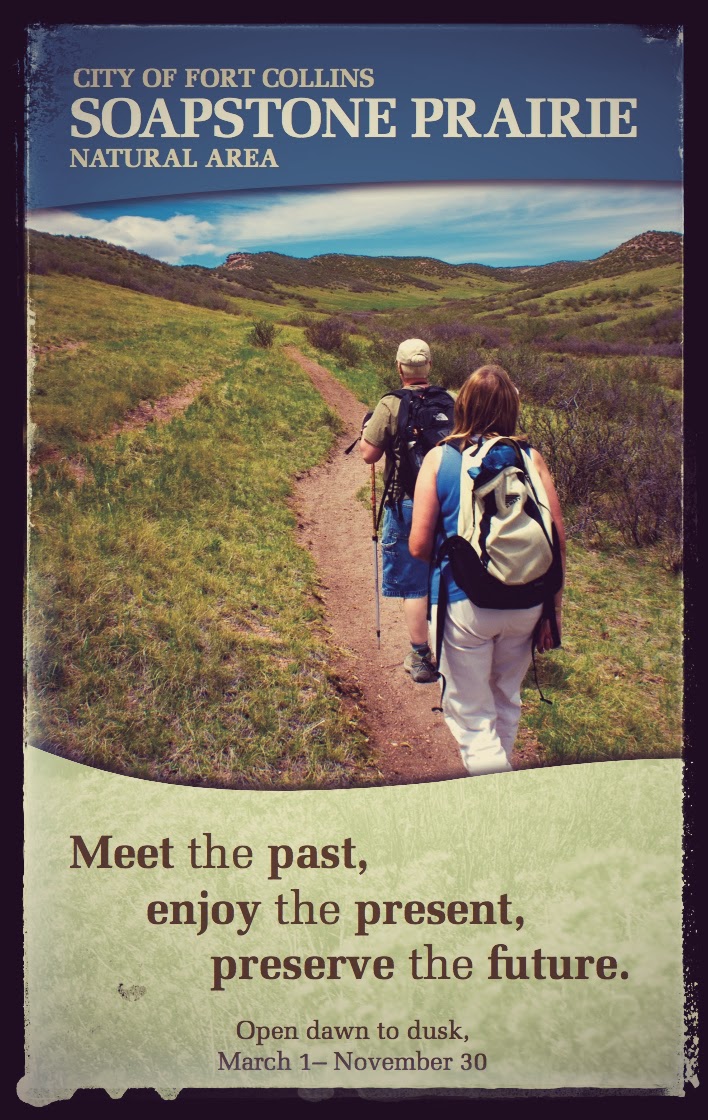 Your first thought is probably, “I thought Meg would have an all-history-related bucket list. What’s this doing on there?” But Soapstone is chock full of history. It just goes back a little further than we usually consider when we focus on trappers, pioneers, and homesteaders. In fact, the Lindenmeier Archaeological Site, which is within Soapstone Prairie’s boundaries, is listed on the National Register of Historic Places and goes back over 10,000 years! I don’t think the archaeological site is open to visitors, but the rest of the natural area is also historically significant in terms of ecosystem, topology, and overall sense of place. I can’t wait to check it out.

I’ve been wanting to take this tour for awhile now. A lot of times with history (and history books) there tends to be a focus on big events, big people (those in charge), and big themes. What often gets lost is either the day-to-day mundane things that no one thinks to record or the things that people were trying to hide in the first place. The Forbidden Fort Collins tour covers the brothels and bootleggers of early Fort Collins. (One of those buildings in the photo above used to house a brothel. Do you know which one?) I think this would be a fun tour to do with my book club. The hard part is just finding a time when we’re all available to head downtown together. But I’m gonna make it happen.

OK, so I said earlier that most history books don’t record the things that people were trying to hide. And yet, from what I’ve heard about Murder and Mirth: The story of a Colorado trial lawyer, by Fancher Sarchet, that’s exactly the kind of thing he covers. I get the impression that it was a book he wrote near the end of his life, when he felt alright sharing some of his earlier shenanigans. The book is hard to find online and it’s not cheap. I think it’s one of several older history books on the area that’s due for a reprint.

So it’s Sarchet’s book that I’d especially like to read. (I just put the library’s copy on hold.) But I have a whole bookshelf full of books I’ve bought that I haven’t read yet, so any of them will do as well.

If you’re interested in reading local history books, I’d recommend checking out the library first. Old Firehouse Books has a nice selection of local options, as does the Fort Collins Museum of Discovery gift shop. And if you’re OK with a used book, check out the Eclectic Reader.

Here are five more items that I’ve done already and that I’d encourage you to do as well if you have the time and inclination. 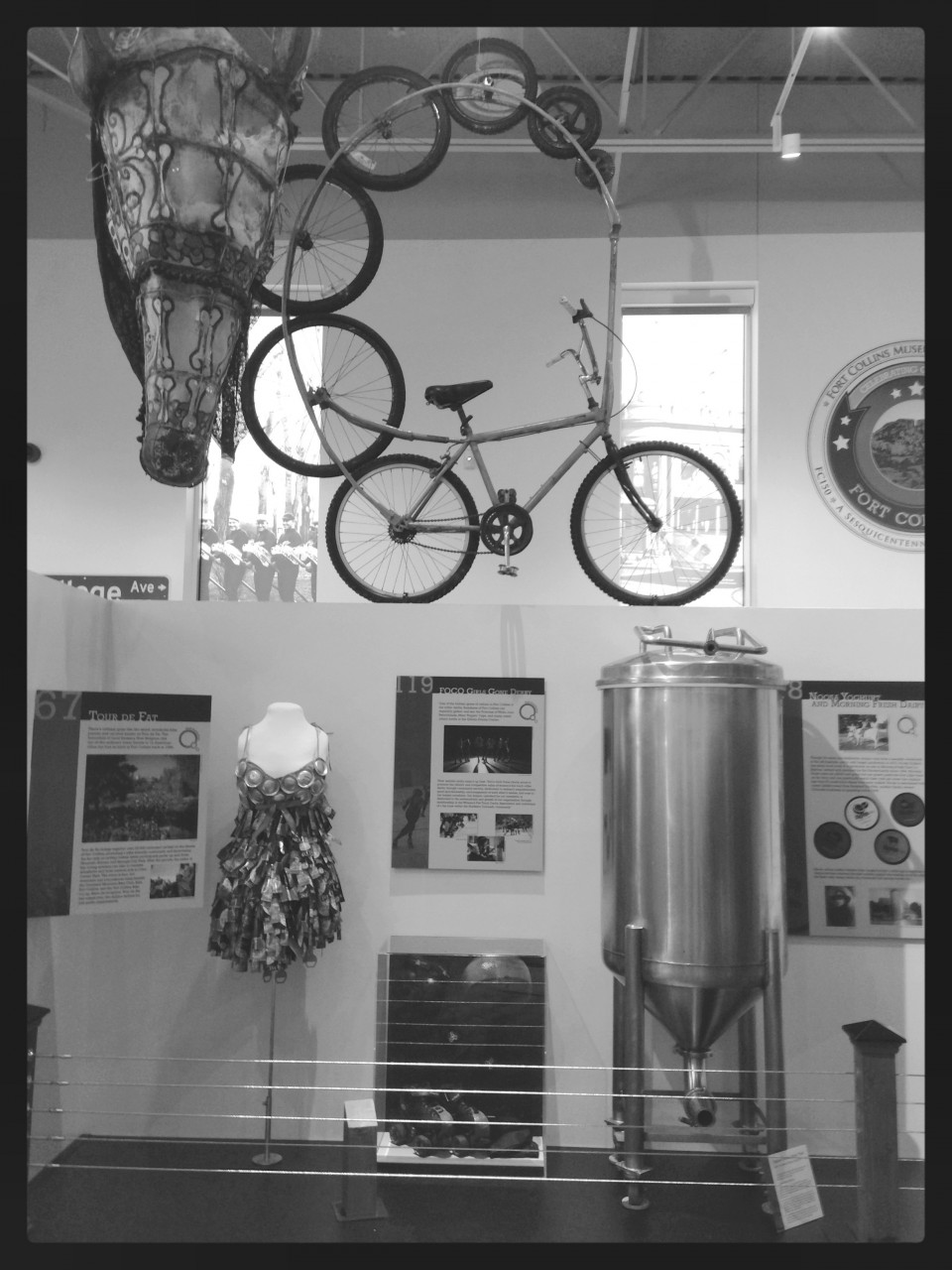 Be sure to check out the Fort Collins 150 display at the Fort Collins Museum of Discovery before it’s gone. It was the first special exhibit at the museum and from what they said when it opened, it’s only going to be up for a year. (Which means it’ll be coming down in August.) It’s well worth the visit. It’s not a comprehensive look at the past 150 years in Fort Collins, but it’s still a series of delightful snapshots of the city over the past century and a half and well worth the price of admission.

Fort Collins Museum of Discovery details: The museum is open from Tuesday to Sunday from 10am – 5pm, with one exception. It stays open until 8pm on Thursdays. Admission is $9.50 for adults, $7 for seniors and students (with ID), $6 for juniors (ages 3 – 12), and free for children 2 and under and museum members. Admission to the museum gets you not only into the Fort Collins 150 display, but also into all of their other exhibits. (Don’t miss the display where you stick a straw on a metal bar and bite on it. It is so-so-so cool. I think that’s one of my favorite displays there.) Check out the FCMoD website for more information. 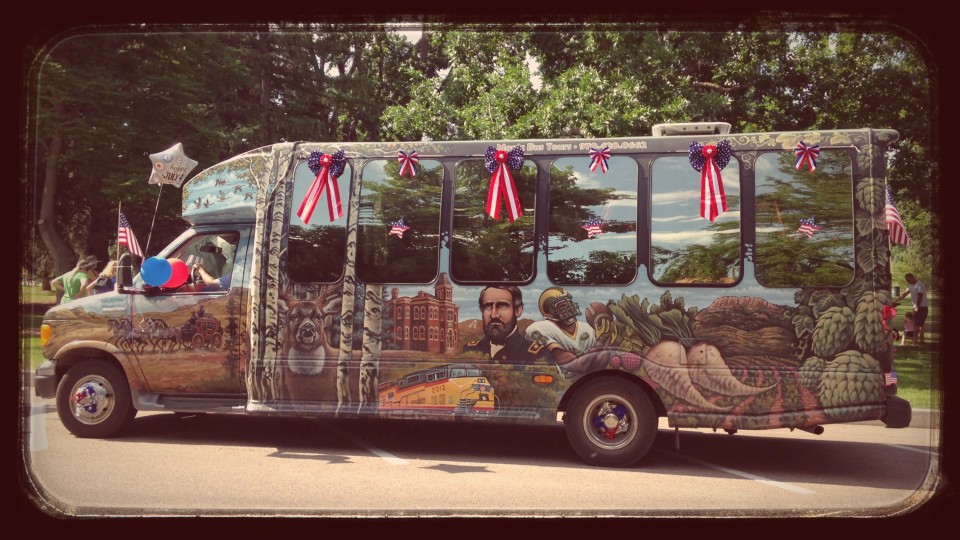 I took this tour a year ago and it was well worth it. Though some of the stories I already knew (I am a local history blogger after all.) there were several that I’d never heard before. And one thing I really like about the Magic Bus Tours company is that I know they’ve done their homework. I’m in a local history coffee group with these folks and I know they’re thorough in checking their details (which I think is important). The tour is fun, you learn a lot, and you’ll never look at Old Town in quite the same way again.

Old Town Walking Tour details: Tours last about an hour and total walking distance is about 1/2 mile. Tours always start at 11 in the morning. (Other tours are offered at other times of the day.) And it costs $15 per person. Check out the Magic Bus Tours website for more details.

The Poudre Landmarks Foundation has five different self-guided walking tours available online.  Maggie wrote about one of the tours for Forgotten Fort Collins back in August of 2013. But there are four more worth checking out. The full list of tours, complete with all sorts of wonderful details about places and people, can be found as a pdf on the Poudre Landmarks website (pdf).

Every month I publish an email newsletter full of upcoming heritage events. (There are a whole bunch of events happening this month, in fact! You can check out the June newsletter online.) I include events happening all over northern Colorado – so it’s not just limited to what’s happening here in Fort Collins. And I try to include any local events I can find that deal with history (so events revolving around world wars get included, for example).

The advantage to signing up for the newsletter is that it will come to you, right in your email inbox. You don’t have to hunt for it online anywhere. And I only send out the one email a month, so it’s not like I’ll be flooding your inbox. If you’d like to be added to the list, sign up for the newsletter here. And remember that you can remove yourself at any time with the unsubscribe link at the bottom of the email. 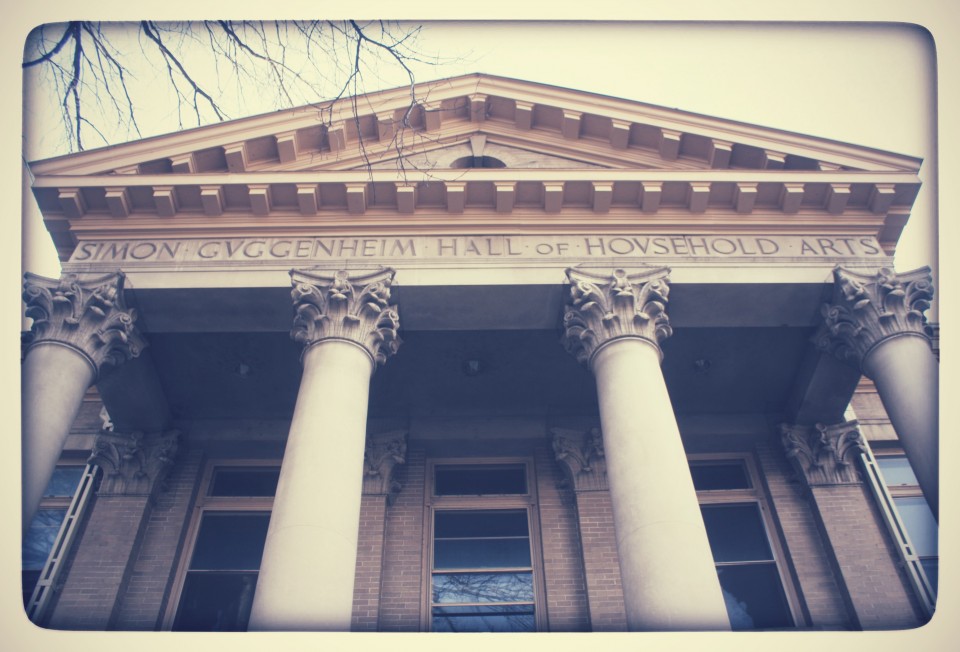 I was originally going to encourage you to just walk around the Oval. It’s one of my favorite walks, especially while the students are gone for the summer. But to be honest, there are some really great buildings on campus that aren’t right on the Oval. So I decided to encourage walking all around the campus. There are some great Victorian era buildings, but it’s worthwhile noting the mid-century Modern architecture as well. It might not be quite as ornate or fancy as the older buildings, but at the time, it was considered quite novel and exciting. And part of exploring history is putting ourselves in people’s shoes way back when and seeing things the way they saw them. When you start to look at some of those Modern buildings in that light, you begin to get a sense of the wonder and excitement of cement, repeating forms, simple shapes, and horizontality/verticality.

On top of these ten suggestions, I’m gonna throw one more out there. The first photo in this post is of Wayne Sundberg enjoying a small lake on his wife’s family’s property. It’s beautiful and peaceful and full of all the things that the early pioneers in this area fell in love with when they came out and which led them to stay and settle down. So I encourage you to get out and about and enjoy this lovely state we live in, just as so many generations have done before us. (If you’d like some hiking suggestions, check out our sister blog, Fresh Air Fort Collins.)