It’s always a blast looking back through old newspapers. Today I thought we’d jump back to November 18, 1908’s Fort Collins Weekly Courier. I’m going to focus on the ads because the world news was rather bleak, and the local news wasn’t considerably better. (There was a dramatic explosion in a mine in Germany. There was a railroad wreck in Springfield, Illinois. And Mrs. Ida Puleston, mother of three young children, died of unexplained reasons in Waverly while her husband was out picking up a delivery of hay.) It appears that in 1908, if the story wasn’t on the dismal side, then it wasn’t sensational enough for the paper… with the exception of a few social notices.

The nice thing about ads is that they often come with pictures. And just look at those prices! Fifteen cents for a custard pie?!!  Yes, please! 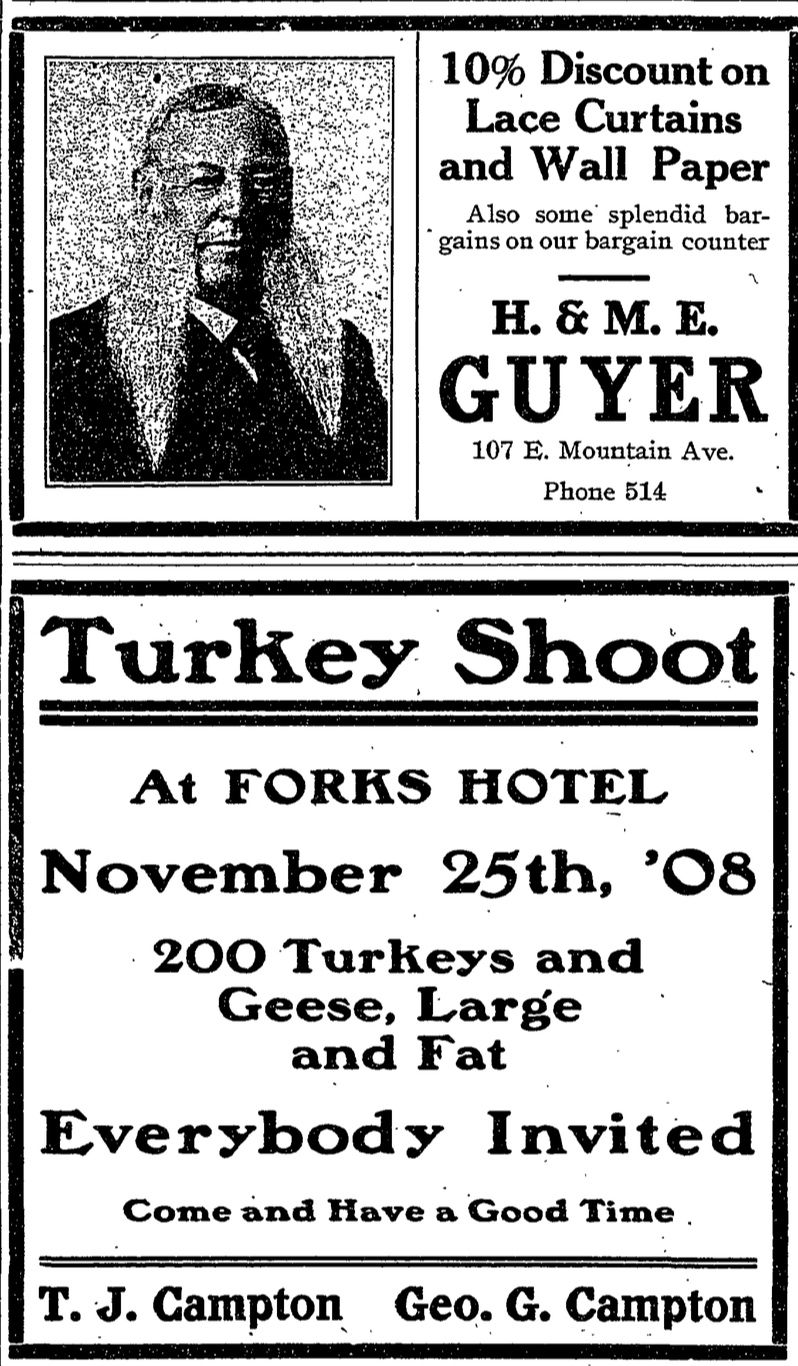 This was my favorite ad from the paper that day. The Turkey Shoot was interesting because it took place at the Forks Hotel. But what I loved even more was the sideburns on the guy in the ad above that. Wow! He puts Captain Kangaroo to shame! 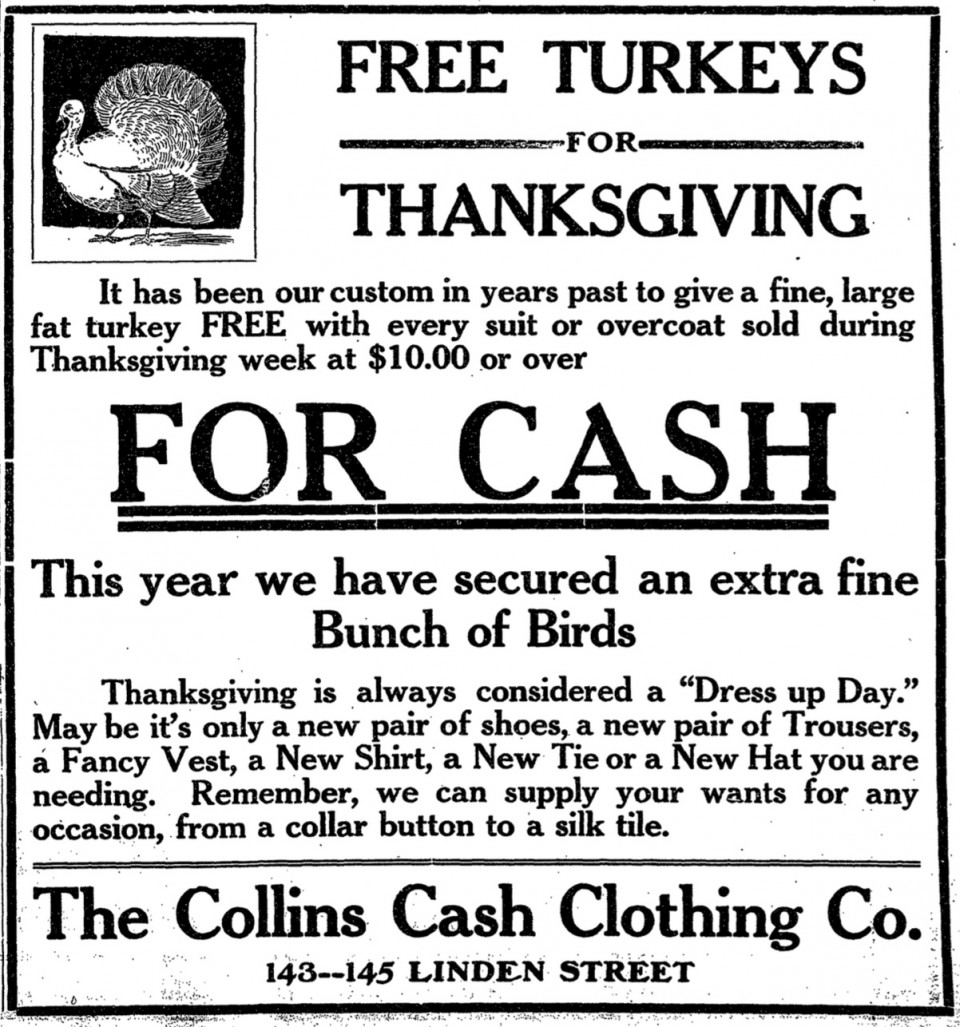 I don’t tend to think of Thanksgiving as a “dress up day”… at least not in the way I think of Easter as a dress up day. But this ad makes it plain that some new clothing is called for if you’re going to do Thanksgiving right.

This bakery would have been in the general area of where
Black’s Glass is today.

The desserts from Schauer’s look delightful! And those prices!!!

Does anyone here know what a Cow Butter Cookie is? Perhaps it was something along the lines of shortbread? The fact that the type of butter is listed (cow, as opposed to sheep or goat) intrigues me.

There were also two full page Thanksgiving ads with some Victorian style illustrations. 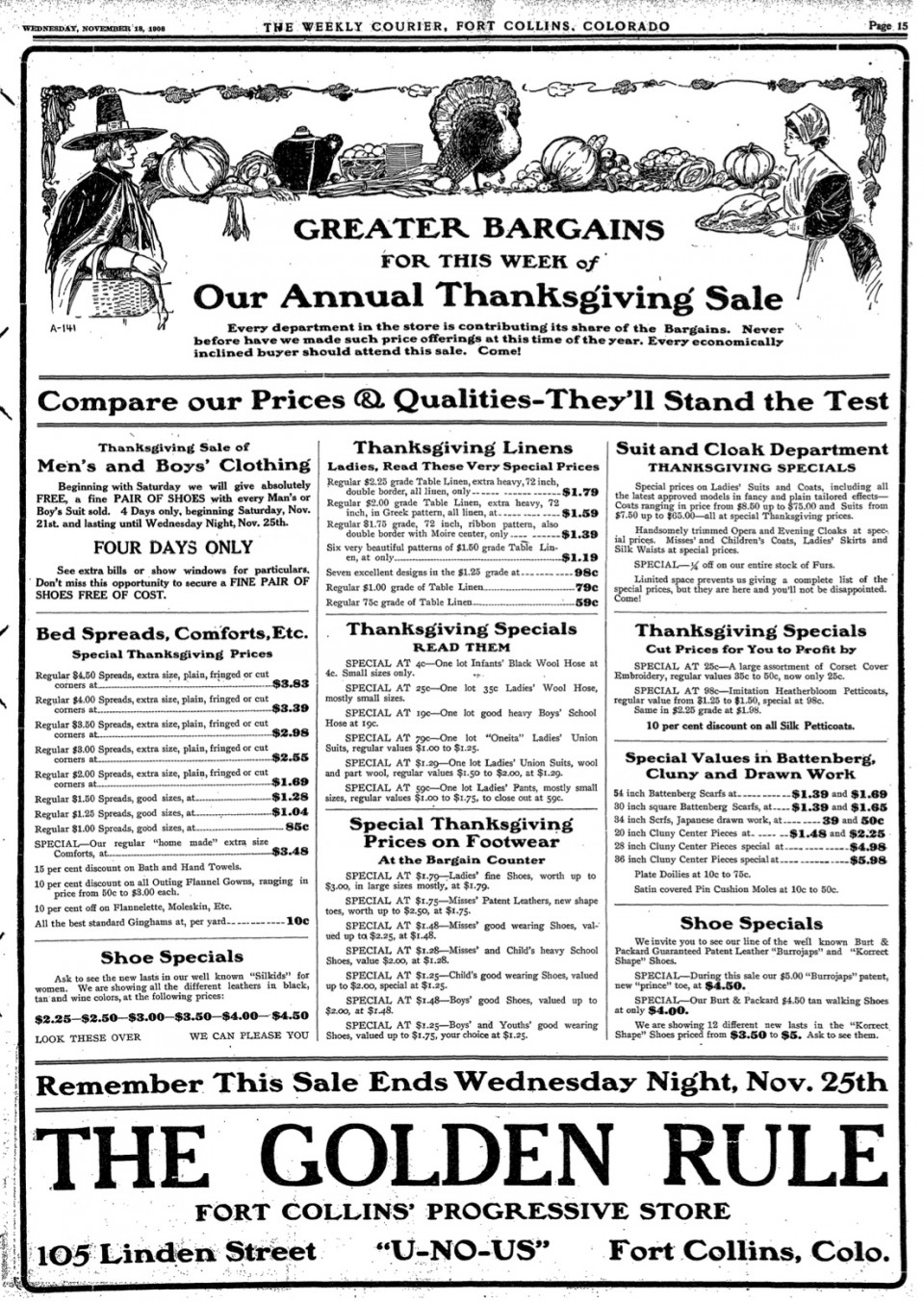 Thanksgiving week sales are clearly nothing new, although I note that none of these ads mention “Black Friday.” The term apparently wasn’t coined until the 1960s. 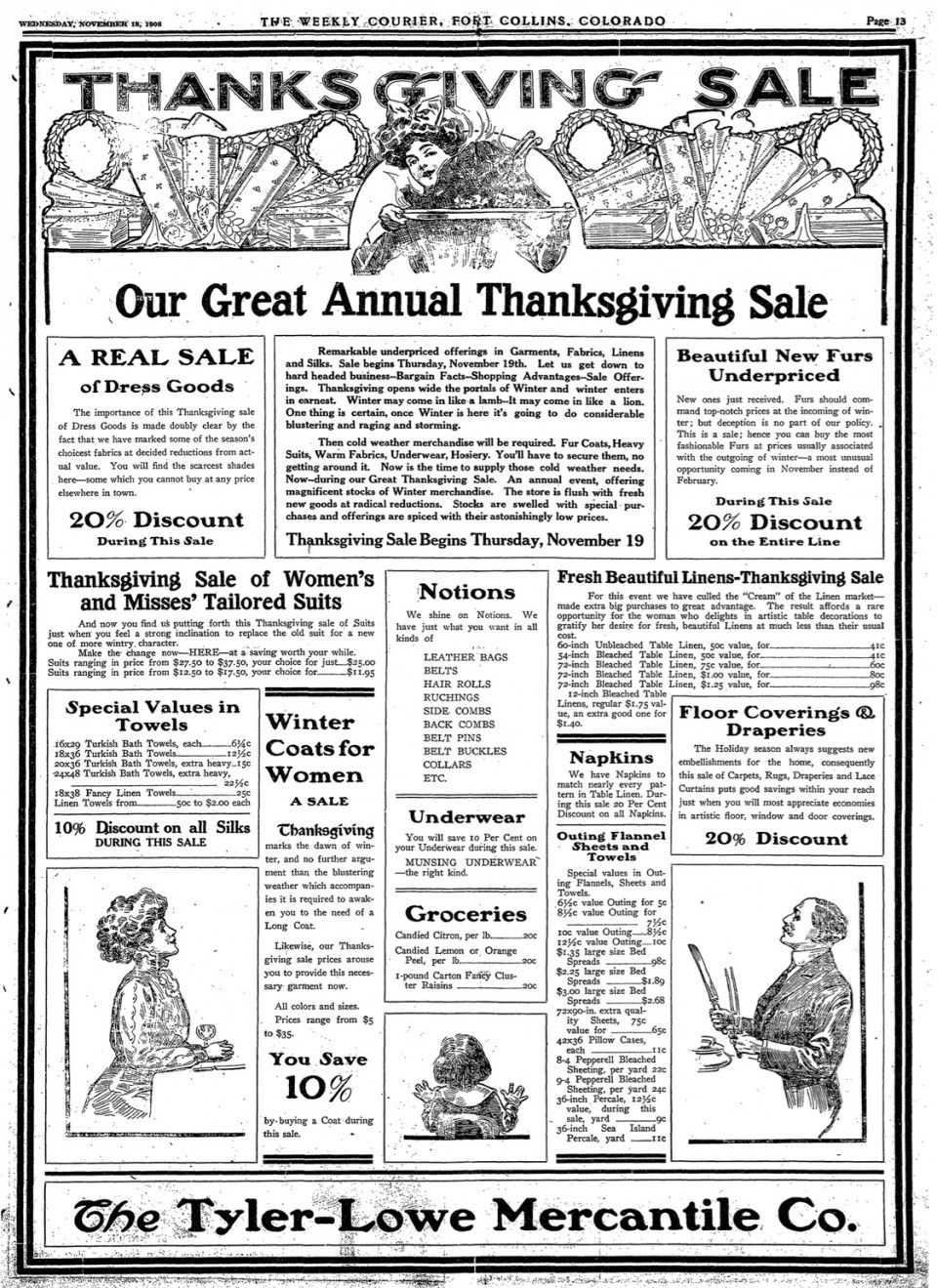 I love how the family sits below, waiting for the delicious turkey that is being brought out at the top of the ad.

I’m thankful for a year and a half of having the privilege of writing this blog. I’ve met so many readers this year and learned so many new stories. I feel enriched and enlivened by Fort Collins’ history and the constant reminders that that history still walks along with us today in the form of descendants, relations, buildings, artifacts, and my favorite of all, the stories that are still being passed down.