Thanksgiving Thoughts From the Past

Happy Thanksgiving, Northern Colorado! Here are a few glimpses back to Thanksgivings gone by. 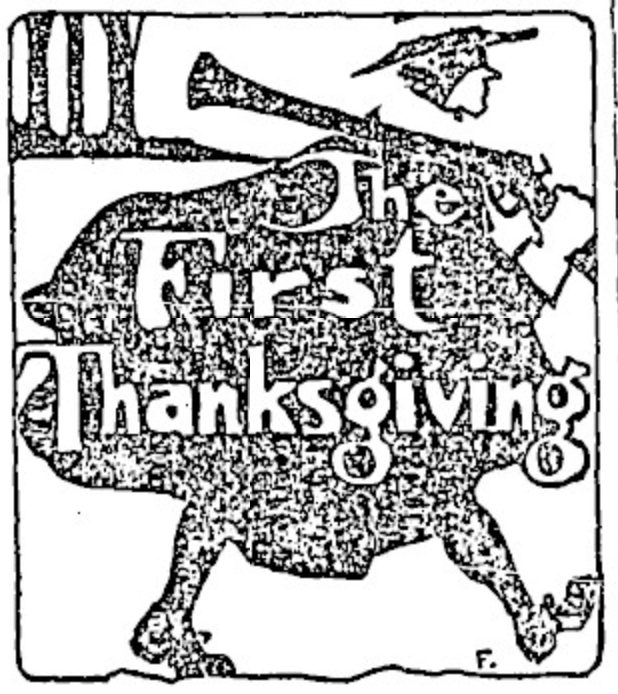 The Antlers Cafe served quite a spread on Thanksgiving day back in 1907. The Cafe was presumably located in the Antlers Hotel on Linden St. in Fort Collins (the building that currently houses Pour Brothers Tavern). The menu included a variety of meats and sides. I can’t remember ever seeing celery listed as a side unto itself, but there it is. Queen fritters were apparently a form of donut. 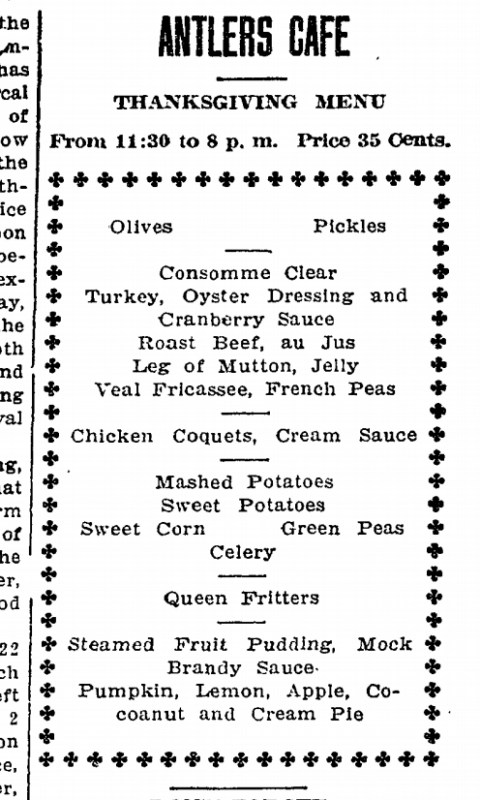 In Estes Park, in 1921, the newspaper included some philosophical thoughts on the state of the nation following the Great War (World War I). Thanks was given for a plentiful harvest, but also because America had also established itself among the nations of the world as a “potential world power for good.”

Lifted Above All Nations. The history of Thanksgiving day has been told innumerable times in song and story, from pulpit and platform and in the press. From the time of its first celebration 300 hundred years ago men and women and children of this nation have heard this message of the serious purpose of this commemorative day. No less mindful than were our father are we today of the sacredness of its purpose. True, in days gone by it was a much more simple event. In the early days of its origin, a little settlement here and another there rendered thanks to the Deity for the blessings they felt He had bestowed upon them. And they were simple blessings for the most part. Gratitude for the gifts which Nature had handed them; rejoicing that in an alien world they were none the less happy and contented—these were the returns for which they gathered in family groups to give thanks. Nature has not withheld from us this year her customary bounty. Our harvests have been gratifying; we do not in this regard lack cause for rejoicing. Nor indeed is our present state in matters that do not pertain merely to harvests and fields of grain, one that is altogether without splendid prospects for great achievement. By a combination of circumstances we are today the one nation in the world to whom her sister nations may look for aid and comfort in their hour of need. As a potential world power for good, America has reason to be grateful for the privileged position it holds among her sister nations. That is at least one cause for national thanksgiving. — Estes Park Trail, November 25, 1921 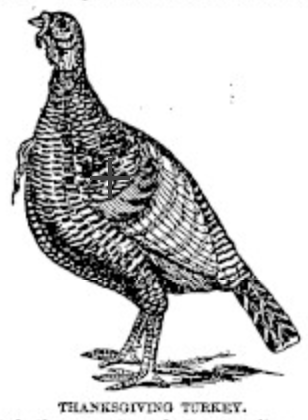 The folks up in Livermore apparently didn’t waste time sitting around the table on Thanksgiving day when they could be out hunting and bronco busting.

ALL DAY— Turkey shooting and, broncho [sic] busting at Livermore Thanksgiving Day, given by the boys of Livermore. — Fort Collins Courier, November 24, 1920 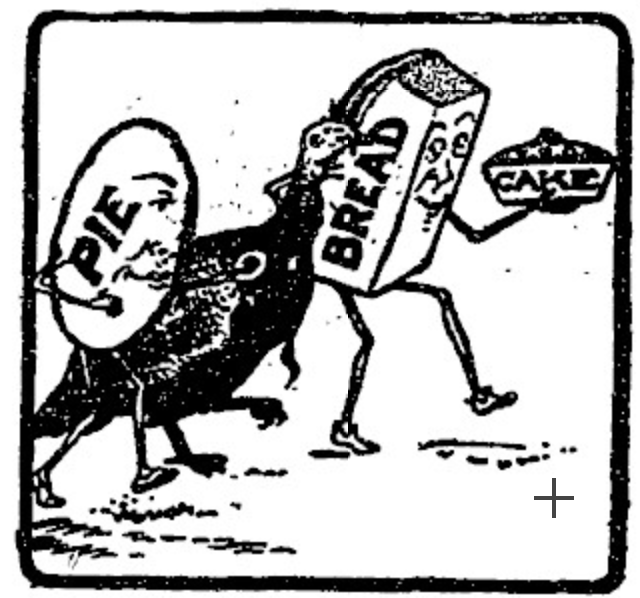 And following Thanksgiving in 1892, the editor of the Loveland Leader wondered, “A question philosophers cannot decide which occurs every Thanksgiving day is, which is the better, the turkey itself or the fragments warmed up the next day.” (Loveland Leader, December 2, 1892)