Then and Now: Aerial view of W. Mulberry and beyond

Here’s another great find from the Colorado State University Digital Archive. This is an aerial photo from 1929 that includes all of Canyon Avenue (the diagonal street west of downtown), City Park, the field that would become the Mantz Addition, everything west of Shields that was just farmland, and the field where the Moby Arena would go. Fort Collins residents used to refer to the Grandview Cemetery as being on the far end (if not outside of) town, and from this photo, it’s clear why they viewed it that way.

To orient yourself, first look for Sheldon Lake just right of center. The street that skirts around it to the south and then comes toward the front of the photo is Mulberry. To the right of Mulberry is Magnolia, Olive, Oak and Mountain. (Both Oak and Mountain look like they have houses along them all the way out to the park. But Magnolia and Olive seem barren past Shields. In fact, Shields shows up to the left (south) of Mulberry, but it’s very hard to see to the north. People probably traveled east-west in this part of town more than they traveled north-south, so Shields wasn’t an important nor often used street. (Which explains why it barely fits two lanes of cars each way through that section compared to College which has enough room for parking and planters as well.) 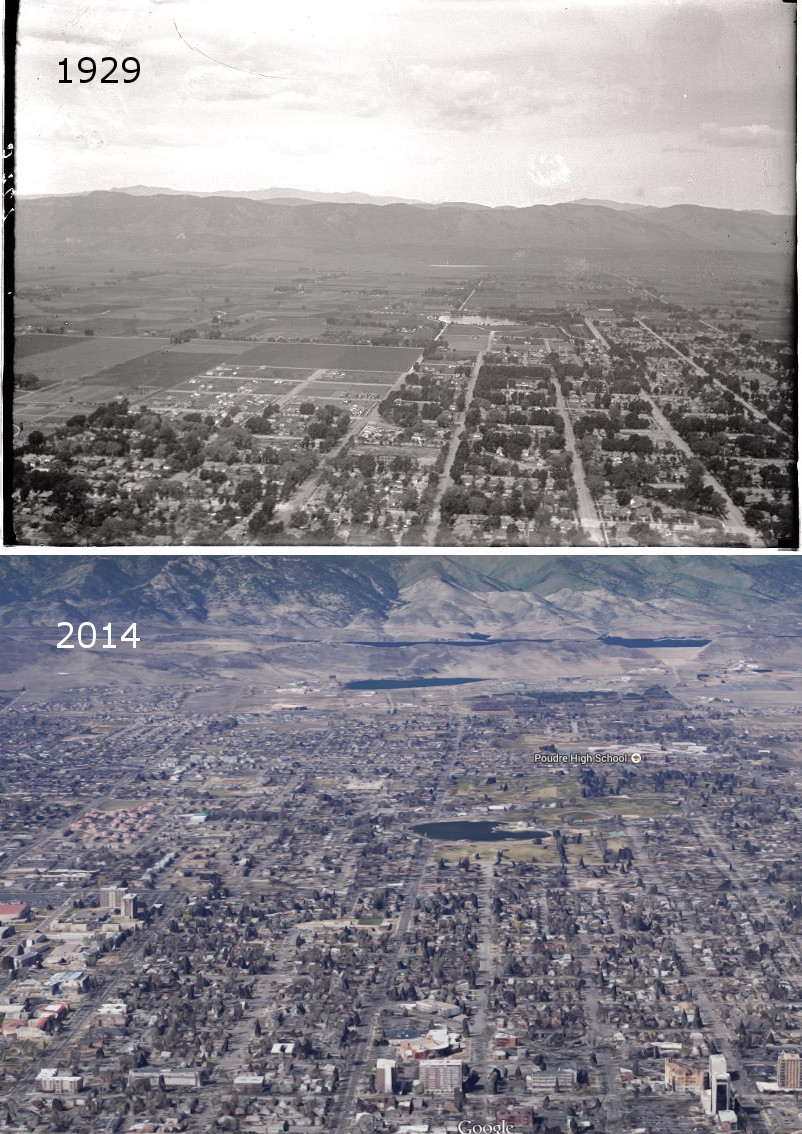 I added some text to a second version of the 1929 photo, pointing out where development would fill in over time. 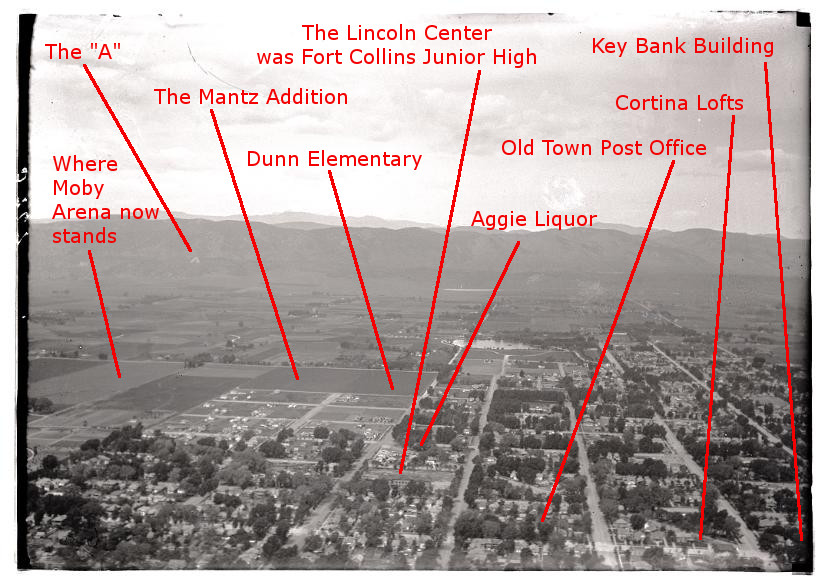 Towards the front left of the photo would eventually stand the two Parklane Towers. And near the Moby arena, on campus, would be Durward and Westfall Halls.

The 1929 photo came from the CSU Digital Archive. Have I mentioned before how much I love this resource?!!!

The 2014 version of the same area came from Google Maps.